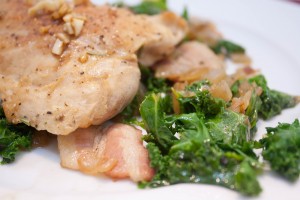 One of the best things that has come out of my garden from last year is rosemary. Rosemary is such a fragrant, beautiful and delicious herb. And I use it in almost everything. Most recipes I use seem to call for rosemary and it’s no wonder: it’s a lovely little herb. In fact, in the Middle Ages brides wore rosemary headpieces for their weddings.

I bring this up because it’s now April and my rosemary survived the winter and is still in my garden from last year. I was glad it was still growing because I wanted to use fresh rosemary for this recipe. 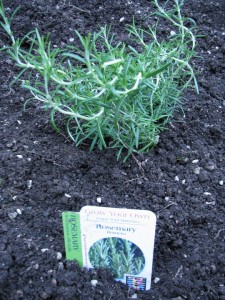 It was a gloomy Monday night–the kind of night when you really just don’t want to put much effort into cooking after a long day. I chose this recipe because it was simple and we had everything needed to do it.

I prepped everything needed for the recipe. Michael worked on the chicken in the skillet–sans the chicken skin. We removed the skin from the chicken thighs but that didn’t matter. The recipe still worked. 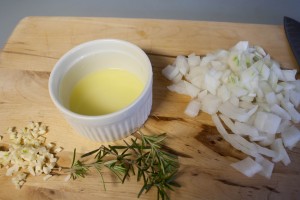 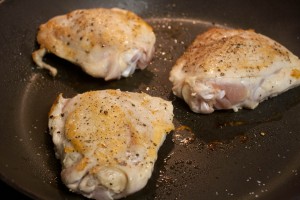 While he was doing that, I cooked some onions and kale in another skillet to go with the chicken. I sauteed the onions, added the kale and one slice of bacon chopped up and a little splash of chicken stock. 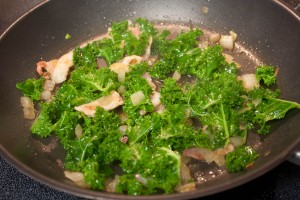 Everything came together nicely. The chicken was crispy yet juicy on the inside. The kale worked well with the chicken, too. Another bonus: dinner was less than 500 calories total. 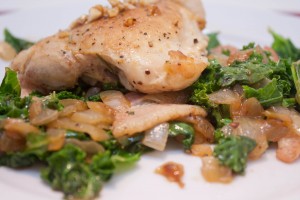 My only complaint? The lemon juice was overpowering. The recipe did not specify how much lemon juice to use and it’s so easy to overdo lemon. If I made this recipe again I’d use way less lemon juice!

QUESTION: Are you a lemon fan?