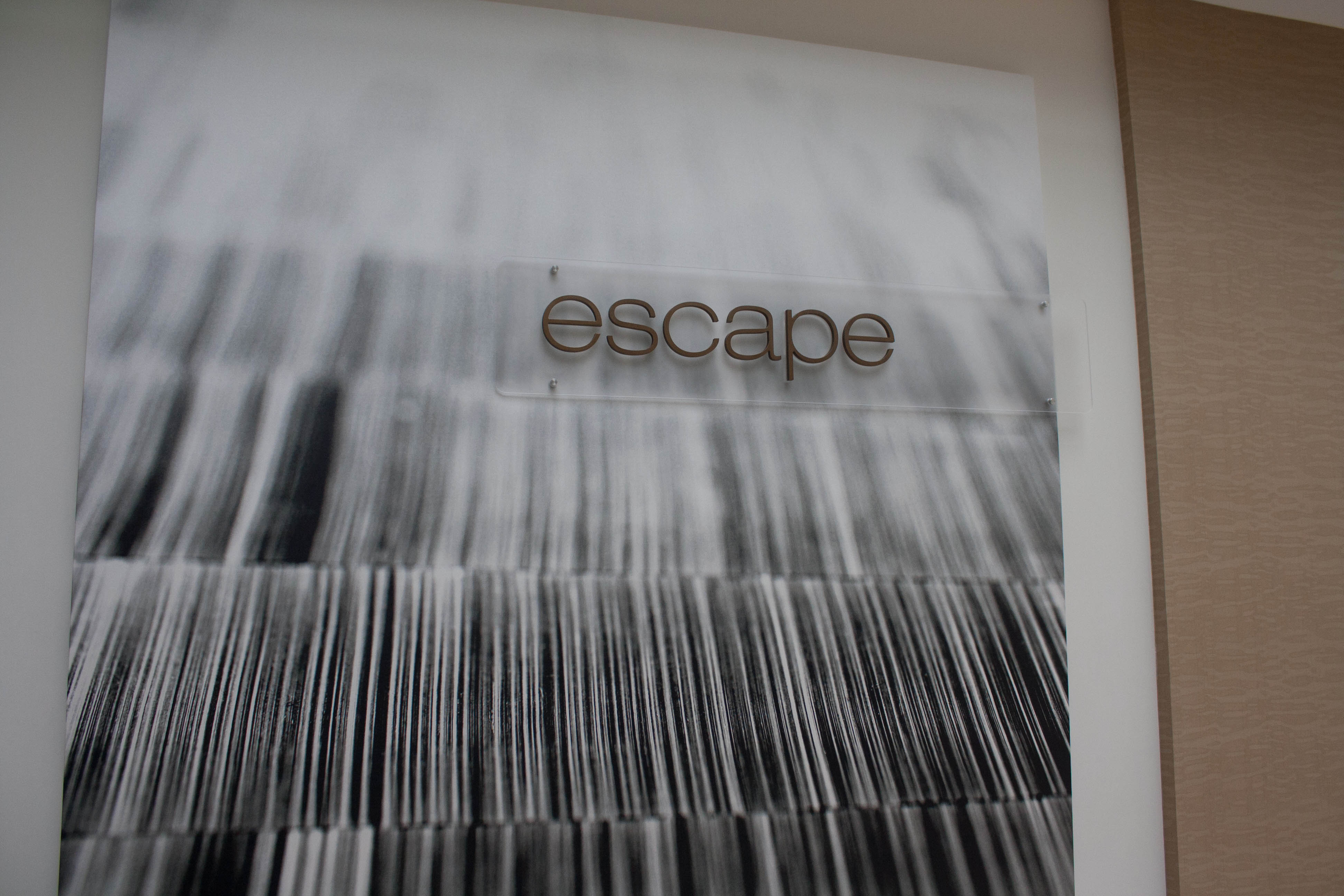 In the depths of the wettest March in Oregon, with the skies black and the heavy rain thumping down the gutters and downspouts, Michael and I booked our trip to Las Vegas. It had been way too long since we vacationed in Vegas–November 2009 in fact. We buckled; we needed sunshine and some warmth and a break from the rain and stress. Thank you tax returns. Thank you for the random strangers that bought a bunch of our old crap on eBay. A HUGE thank you to airline miles for essentially free plane tickets (seriously, Michael’s ticket was $5!). Vacation! 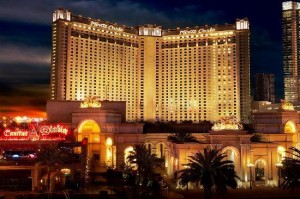 This trip we booked a room at the Monte Carlo. I’ve never stayed there but I’ve played there a bunch of times and really enjoyed their casino. Even better: their gym is free to hotel guests (as all gyms in casinos should be)! The date finally arrived and we flew into Vegas for some sunshine and some fun.

But alas, we arrived on a Friday afternoon to thunderstorms and rain in Vegas. What the hell? That’s what we were leaving! It wasn’t that big of a deal, though because we planned on playing indoors that night. 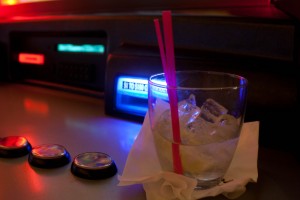 We got settled into our room at the Monte Carlo and then headed out to indulge in the adult playground. Michael’s game is poker so we checked out the poker rooms at the Monte Carlo and MGM. I did some playing of my own. I play roulette. I am completely aware that it’s a fool’s game and that the house always wins but…..it’s still my favorite game! 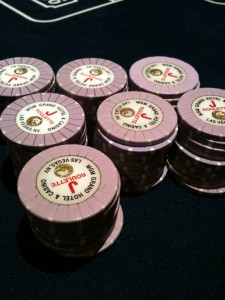 What’s more fun than choosing random numbers, watching a tiny white ball spin around a wheel with your heart pumping and then cheering with joy when you win $35! Woohoo! I am a very conservative gambler. Not only is it something I only occasionally do, I’m tight with my money and I’ve learned to walk away from tables that weren’t giving me wins. AND I’ve learned to walk away from tables when I’m UP and happy, not broke and miserable. (The following photo is NOT my play and YES the guy won!) 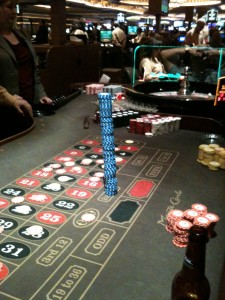 When Michael and I went to Arizona last year, we had In n’ Out Burger there and I loved the burgers. I was looking forward to having it again and found one on the other side of the freeway from The Strip. Too far to walk (and dangerous because it was a highway overpass) so we hopped in a cab. $7 later, we were enjoying our delicious fast-food cheeseburgers and split an order of fries. 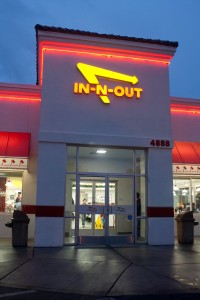 It was just as good as I remembered it being last year. The place was packed, too. Clearly a hot spot. 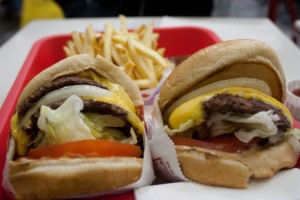 After dinner we hopped back in a cab back to The Strip. Michael took off to play poker for the rest of the night and I meandered around by myself. I saw some celebrities! First, Michael Jackson. 😉 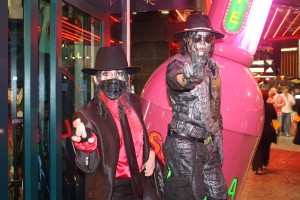 Then, at the MGM, I spotted Hiedi Klum. They were doing some sort of taping for a TV show I guess. That was pretty cool to see. Half the time I miss celebrities because I can’t tell it’s them. 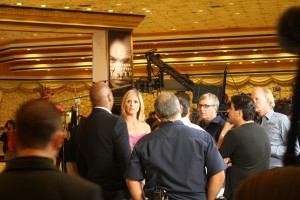 I sat down at a slot machine in the MGM and put in $2. Honestly, I hate slot machines–I don’t get the attraction. I feel bored by them, I don’t get that excitement like I do with roulette and half the time I don’t understand what’s going on! But this particular machine was cool–it was The Ghostbusters game and basically you just spin and try to match. So with $2 I won $30! It was pretty exciting! 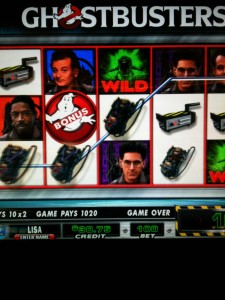 I happily took my winnings and went back to the Monte Carlo to play roulette for a few hours. Two different dealers asked me if I was Kristen Stewart from Twilight; I’ve gotten that before and don’t really see it. For the rest of the weekend they called me Bella. I went to bed at a reasonable midnight (or so) and Michael stayed out playing poker until 4 a.m.

QUESTION: Are you a Slot Machine junkie? What’s your game of choice?

12 thoughts on “Running Away to Vegas”