Saturday we went for our first hike of 2017!

Saturday it was kind of a nice day. Cool but sunny and around 50 degrees. After Logan woke up from his morning nap, we packed everything and everybody up, grabbed sandwiches from Subway and drove to Powell Butte. 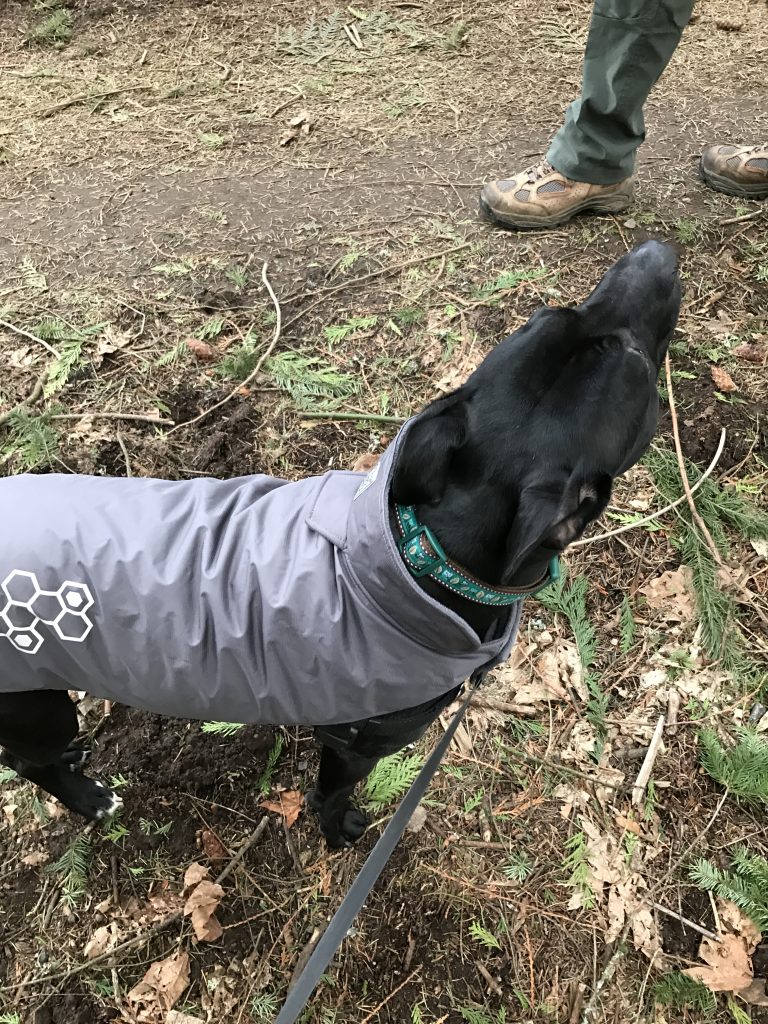 It’s a good little hike in the city that doesn’t take a lot of effort to get to. Bella was SO excited to get out of the house and into the woods! Especially after being trapped in the house with the snow and ice and rain for the last month! 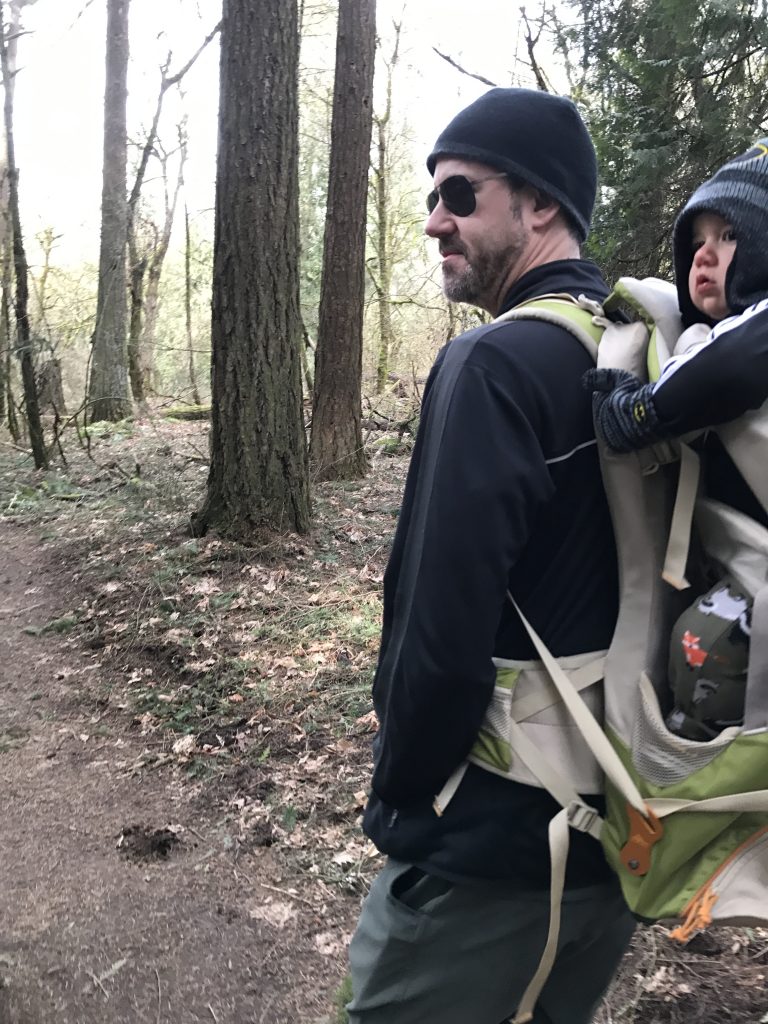 We bundled Logan up in layers and he wore shoes and a hat (that was slightly too big) and mittens. Thankfully he kept the mittens on the whole time!

I forgot that Powell Butte can be a little cooler than the rest of the city because it’s up on a hill without trees and the wind can whip through there pretty fast. It was definitely cooler than we were expecting but once we got down into the forest part, it was good. 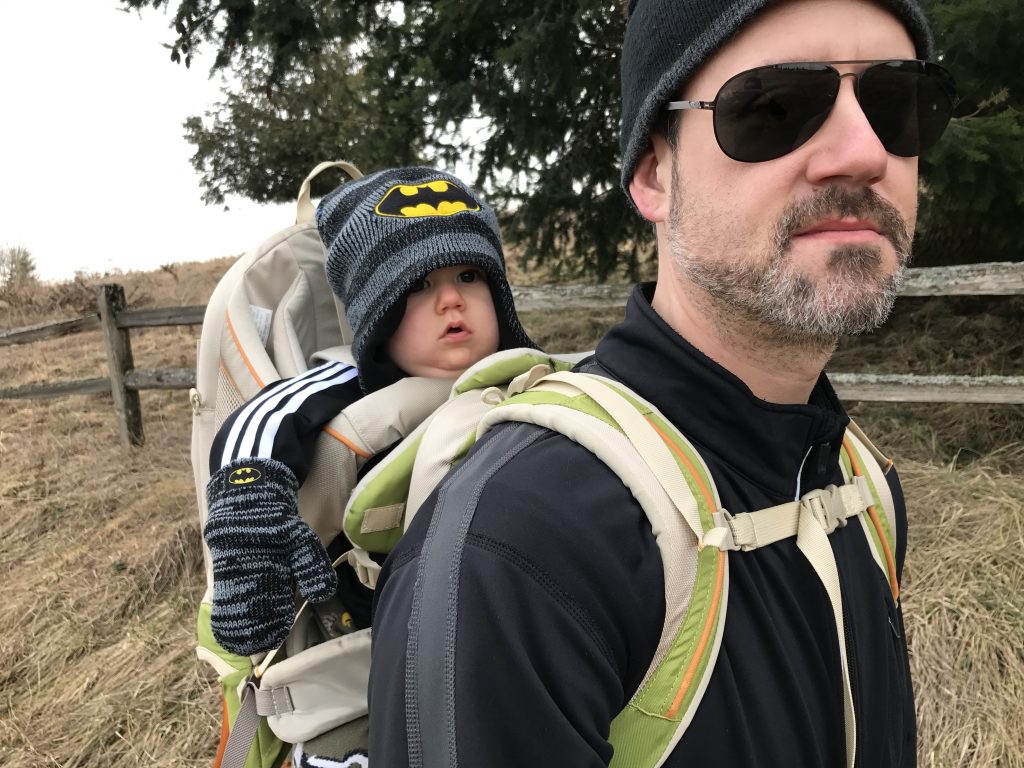 Logan babbled and squawked and talked to the trees and forest creatures. 🙂 Bella sniffed every fern in the forest.

Since it wasn’t as warm as we would have liked and it was getting time to feed Logan (and it was past nap time) we cut the hike short after the loop in the woods and went back to the car. 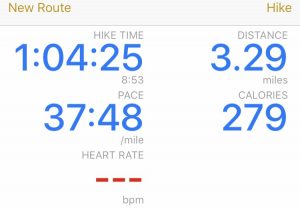 It was nice getting some fresh air! I think we all felt better after being outside for a bit. In the car Logan ate and then passed out: 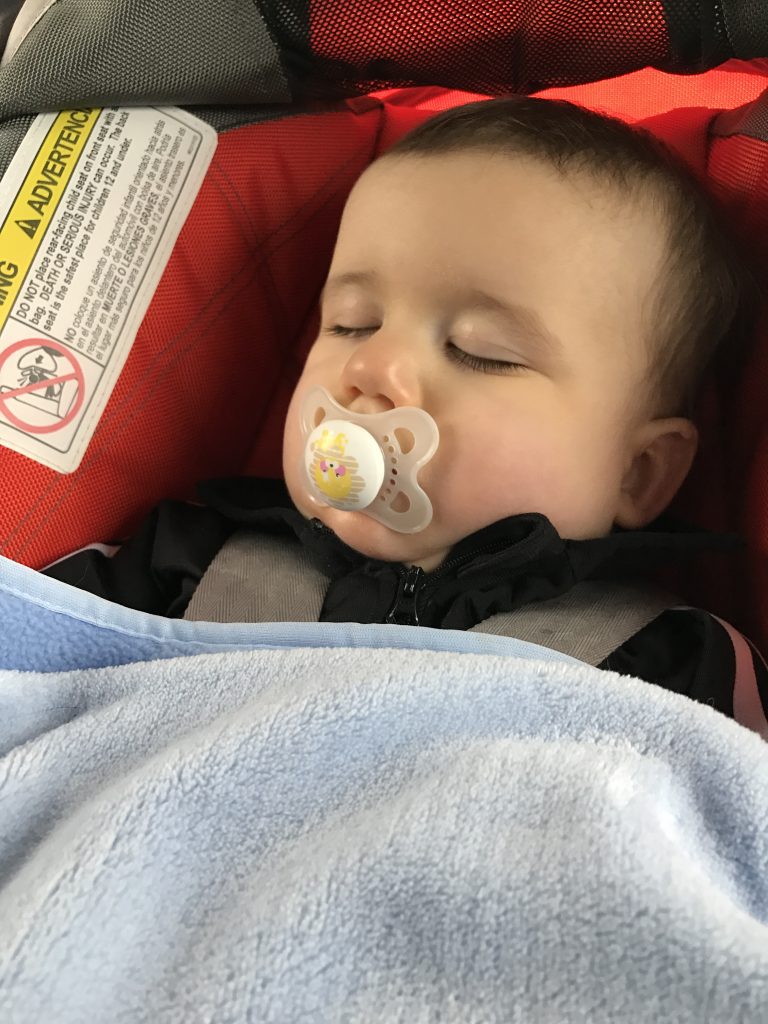 Bella was tired too. (So was this mama.) 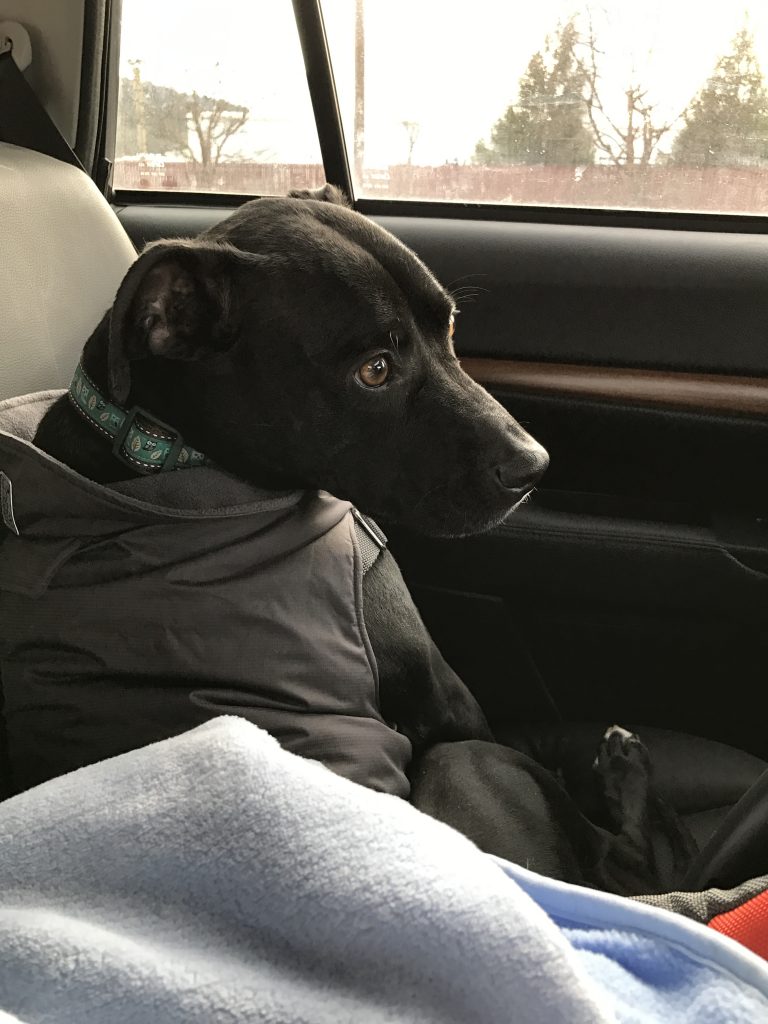 On Sunday we had a few belated birthday celebrations. First, we went to Michael’s mom’s house for brunch for my birthday. It was really nice! She made a lovely egg casserole and a potato casserole. There was fruit salad and miniature cinnamon rolls. 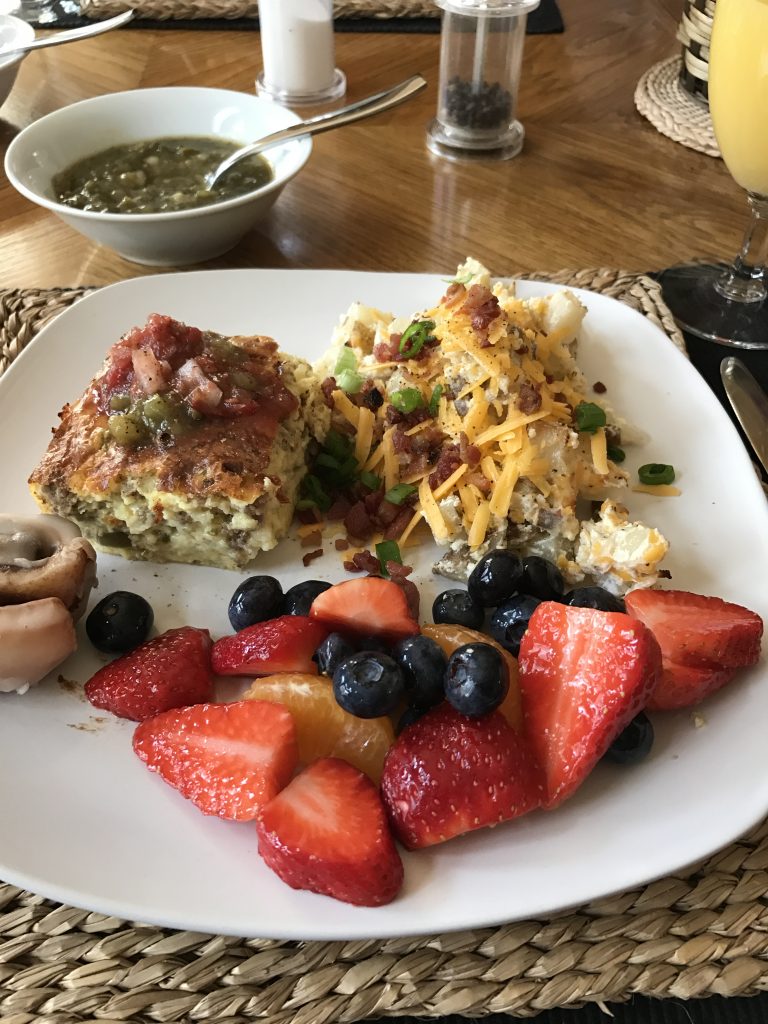 We hung out there for a few hours. It was nice not really being in a rush for once. Logan was having a great time showing off all his new abilities for the family. This weekend he stood up from sitting on the floor WITHOUT holding on to anything for the first time. Then once he was standing he realized what was happening and I think he freaked out a little bit because he reached out to hold on. But that was a big step! 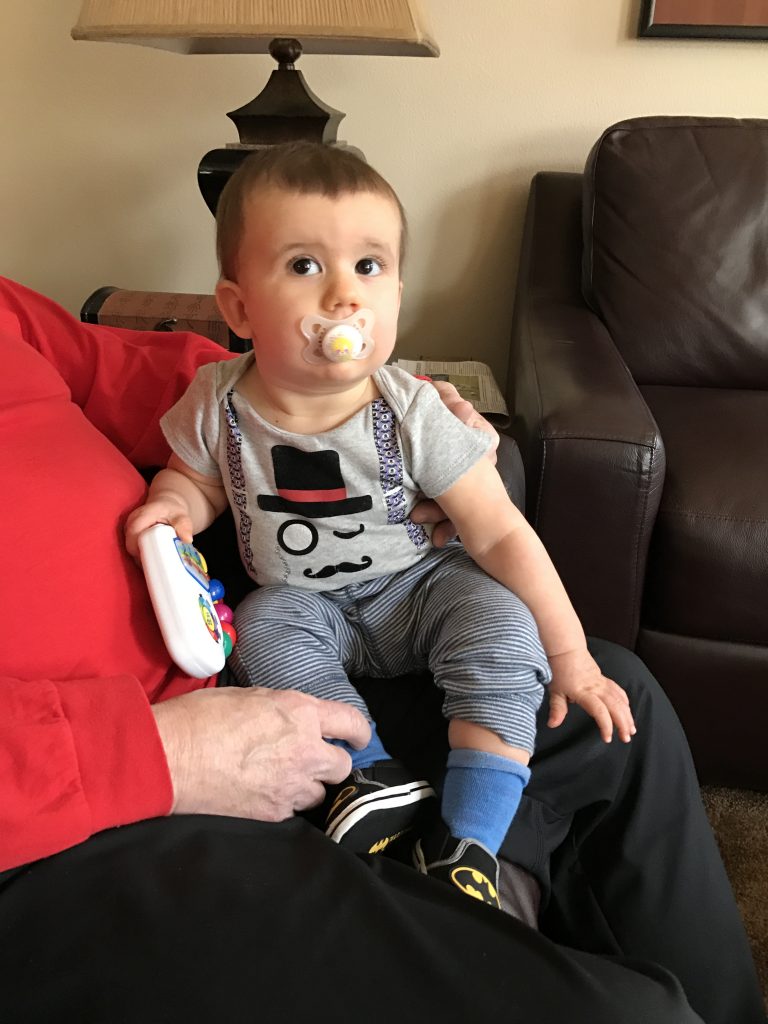 They had some Baby Einstein toys at their house and he loved those. The ones that play music are a huge hit. He starts dancing. It’s adorable. 🙂

The family was very generous and I am totally looking forward to using my birthday gifts–one was a mini spa day (massage and facial) and the other was a gift card for three pedicures. Can’t wait!! 😀

It was getting to be time for Logan’s afternoon nap so we went home and all three of us took a nap! IT WAS GLORIOUS! 😉 After a month and a half of not being sick, Michael and I both caught a head cold. Thankfully it’s pretty mild and more annoying than anything else. But as a result we both took it easy this weekend and I skipped swimming on Sunday.

Sunday evening we met my friend Star and her boyfriend for dinner. I really wanted to give this place a good review: 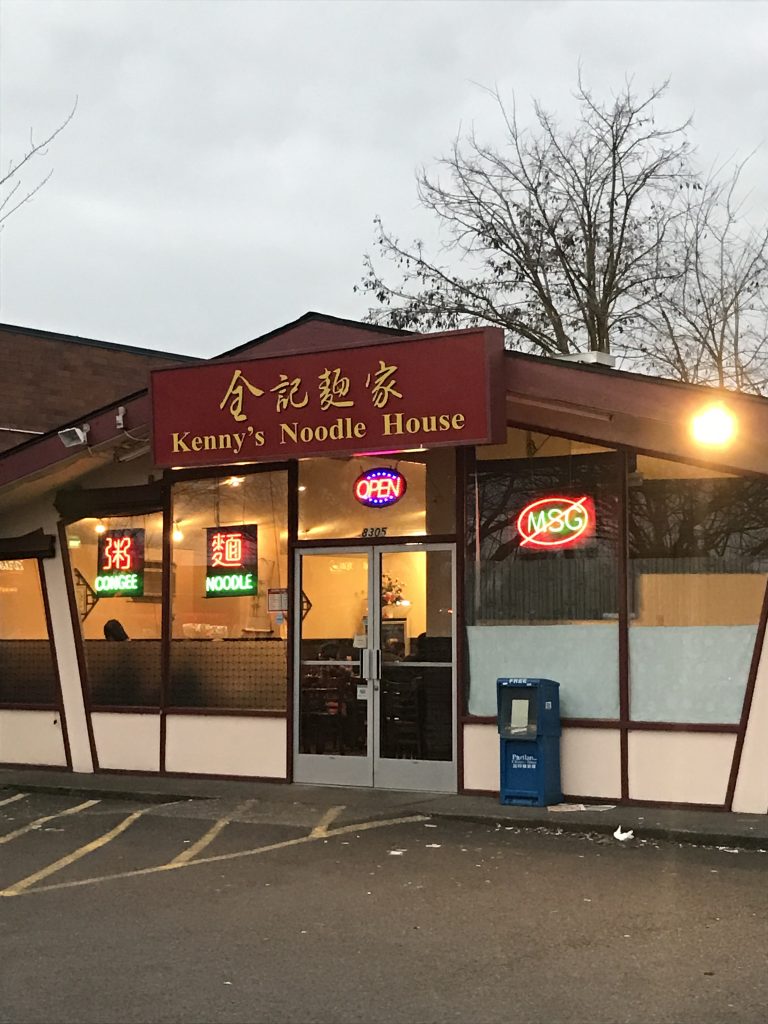 The food was pretty good but the service was SO terrible! Star is vegetarian and ordered the vegetarian wontons with noodles. They came with pork in them!! When we talked to the waitress she didn’t seem to care and said that the noodles were vegetarian. Um…but what about the pork in the wontons?! I felt SO bad for Star because I picked this place (after reading great reviews) because it would be easy for her to get something vegetarian.

Michael got the brisket noodles: 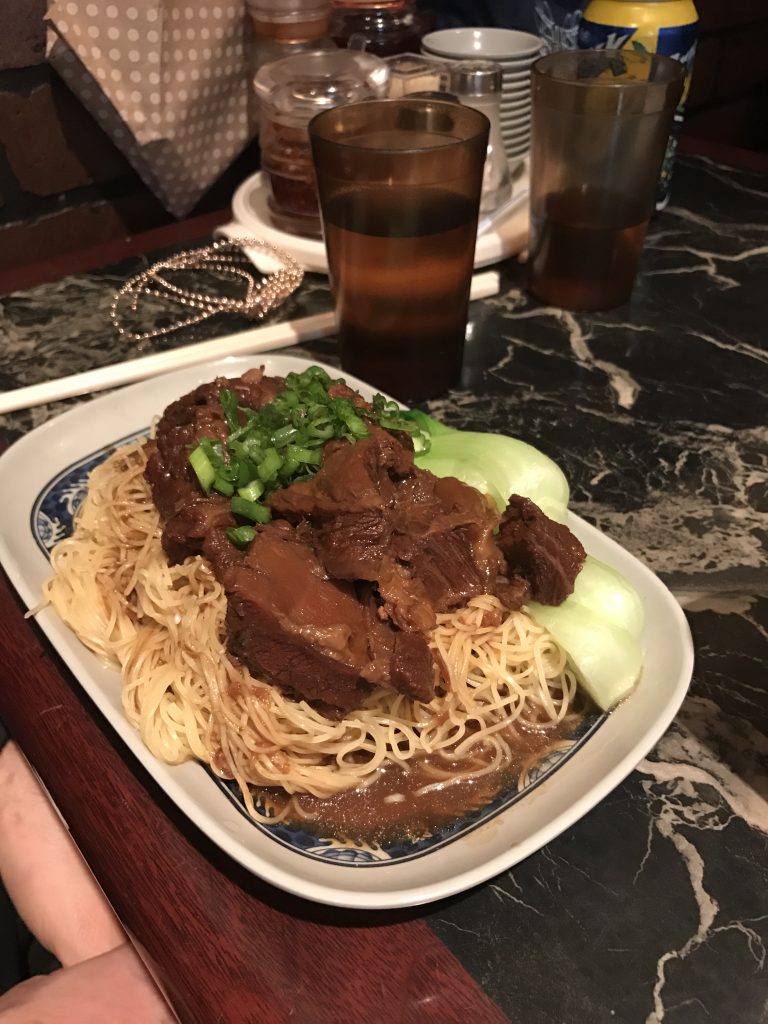 I got the wonton noodle soup. The beef broth was delicious. I have leftovers for lunch (which I added srichacha to) which is perfect for my cold. 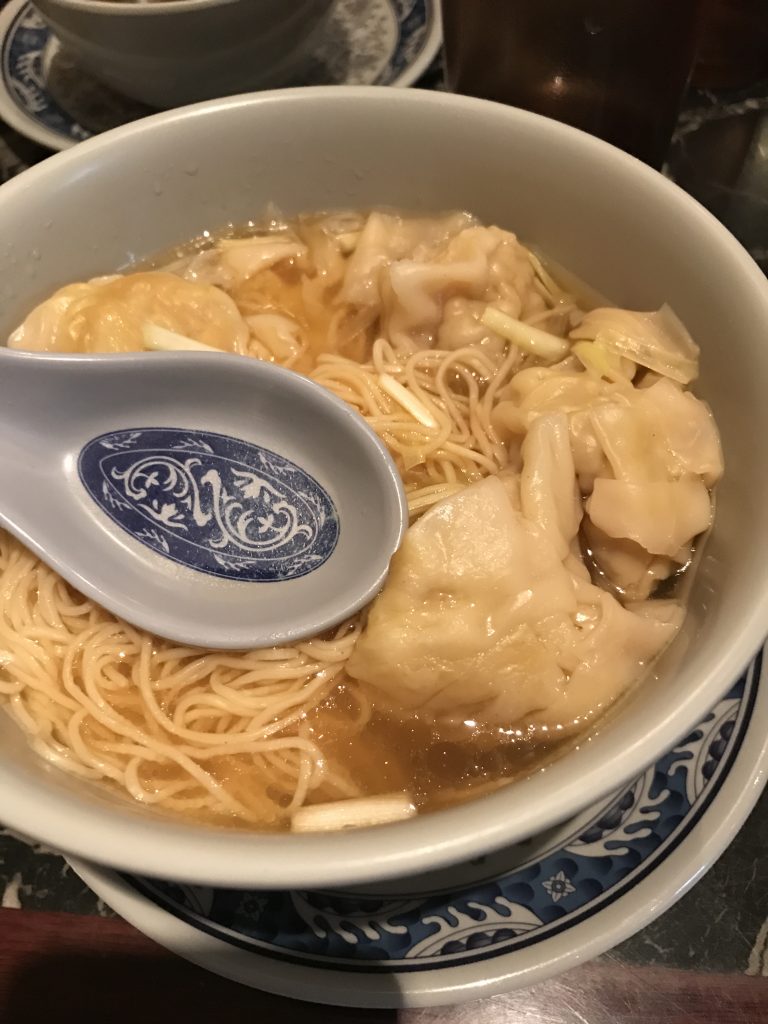 So I was really disappointed with the bad service and I feel badly for picking the restaurant. But it was still nice to see Star and Larry. Her birthday is a week after mine so we were able to celebrate that. I got her this book: The Oh She Glows Cookbook: Over 100 Vegan Recipes to Glow from the Inside Out for her birthday. I hope she invites me over soon for dinner out of that cookbook! It looks amazing. 😉

I am totally an Amazon Prime junkie. I buy way too much stuff on there. It’s just easy and convenient. I wanted to share some of the finds I’ve loved lately. Here is the list:

This is the newest item and I’m still checking it out. I most definitely suffer from seasonal malaise. I am not a dark,gray,rainy kind of person. When the winter rain starts here in Oregon I just feel like a giant wet blanket has been thrown over me. It’s such a bummer. I know I need to live somewhere else and I’m reminded of this every winter. So either I need to move to like California (preferably near the beach) or win the lottery so I can move to Bali.

Since neither of those things are really going to happen any time soon, I bought a light therapy device. Finally. I’ve wanted one for years but never got around to getting one. I’m glad I did. I’ve only been using it for about a month now and I usually only use it Monday-Fridays. I plug it in on the kitchen counter and have it one while I make breakfast, eat breakfast and pack my lunch for work. So for about 20-35 minutes depending on the day. 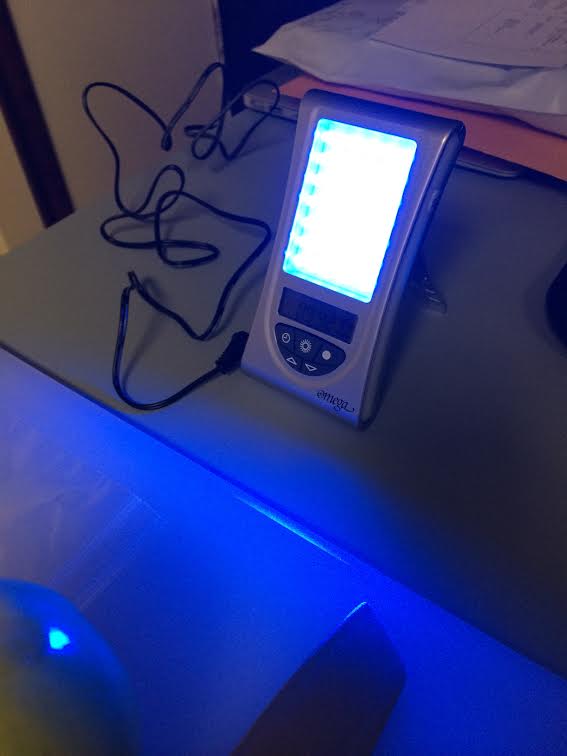 I don’t know that I’ve noticed a difference in the winter depression yet but what I did notice right away was that I felt more ALERT and awake in the morning after using the light. That’s huge. I am so NOT a morning person (my ideal work schedule would be like 10am-4pm–where is that job?!!). I am going to continue using the light to see if it effects the winter blues. Stay tuned.

I bought this a few months ago and I’ve been using it a lot. Whenever I have a particularly difficult workout, I use it on my knees. It works GREAT. I like that the ice pack is separate and you just slip it into the wrap and then strap it on a body part and it doesn’t slide. For years I was using a traditional ice pack and it was annoying having to hold it in place. I love this thing.

I think two things fixed my Runner’s Knee (or at least, made it tolerable). The first is the Warrior Room and strengthen my glutes to offset the muscle imbalance that causes my knee pain (the WR did more for me than physical therapy ever did). The second are these straps. I always use them when I run or use the elliptical now.

It’s so much better than taping my knees. I was taping for a long time, per my physical therapist, and while that worked okay it was really uncomfortable. My skin is super sensitive to begin with and using tape on my skin just irritated it beyond belief. It would be itchy, red, blotchy, nearly scarring me. I quit the tape and changed to the straps and never looked back. Such a better option.

I bought this earlier this year because Fat Kitty is a little piggy. He’s always been this way, even when I got him as a baby. You can read his history here: Fat Kitty Still Needs a Diet…The short story: he tends to binge eat and then throw up. I tried a LOT of different methods and different foods, different feeding methods, to try and get him to slow down. Nothing worked.

Finally I found this on Amazon and decided to give it a try. For the first two days the cats were both MAD. They were pissed. They sat in front of the feeder and meowed angrily. They refused to use it. Finally, they broke down and started using the feeder. It didn’t take them long to figure it out and it’s been great ever since! The cats love it (or at least they don’t complain anymore), they slowed down with their food and Fat Kitty did lose a little weight. Don’t get me wrong, he’s still a big boy. But he’s not bingeing and puking anymore, so I’m happy. 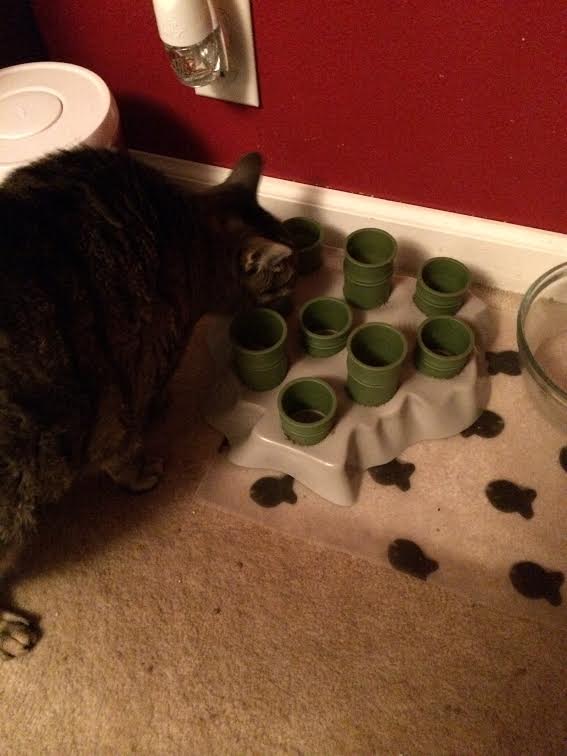 If you have a cat with a weight issue, this thing works! Give it a try! It definitely slows them down and there is actually food left over sometimes. I highly recommend this item!

Have you found something you are loving lately and want to share?