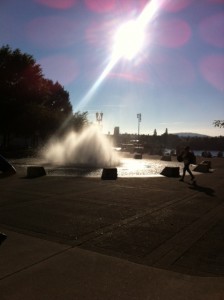 Michael had a friend staying with us for a few days and the logistical planning that went into trying to figure out how the three of us can bike to downtown (Michael and I to work) was insane. I was working a half day and then the three of us were meeting at the Brewfest on the waterfront. We finally figured out a scenario that worked and then realized we didn’t have a spare helmet for his friend. Ugh. All that planning. Backup plan: Leave the car at the park and ride, the two of them take the bus downtown and I bike to work.

I was weary at first because it was a little longer distance than I’ve done so far and there were also a few really steep hills from the park and ride. My doc said no hills and take it easy. In the end, I did the hills I just went REALLY slowly. And it was fine! My knees did okay and I didn’t feel fatigued or like I couldn’t make it up the hills.

The rest of the morning ride was fairly slow. I got stuck behind a group of casual riders on the Springwater trail, which was fine because it forced me to go slower. I took a different route once I got to the waterfront and went over the Hawthorne Bridge (shorter distance, less hilly) than the Steel Bridge like I usually do. 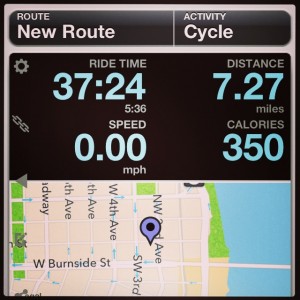 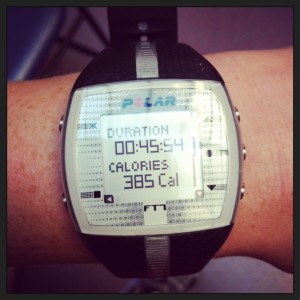 Pretty good start to the day! I worked a half day and then at lunchtime I biked back to the car at the park and ride to leave my bike and then met Michael and Jeremy downtown.I was nervous about my increased mileage but it didn’t seem to bother my body. 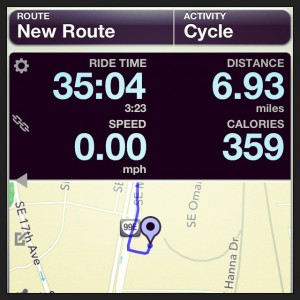 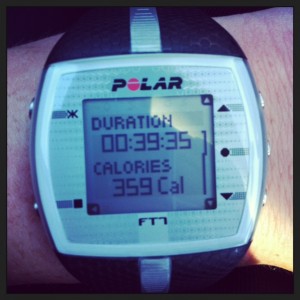 I’m happy with my performance on the bike. I took it slow and FORCED my body to not push it. And something I discovered: going slower on the hills was actually easy and I recovered faster. Okay, okay, maybe giving 110% ALWAYS on the bike isn’t always the best method…lesson learned. 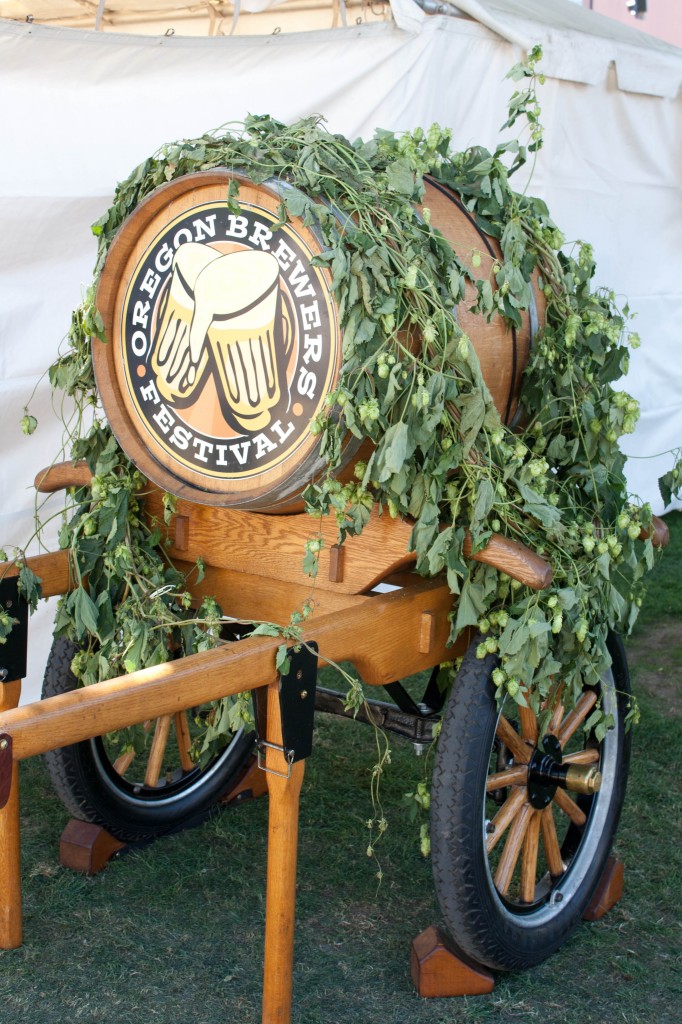 First things first. FOOD. It was nearing 2pm and I hadn’t eaten anything since my banana at 10am and I’d ridden a lot of miles. I was famished and starting to get shaky. I got a bratwurst from Gustav’s and had some of Michael’s salted pretzel. He was totally off the gluten-free wagon during Brewfest (even though there were a lot of GF beers at the event). 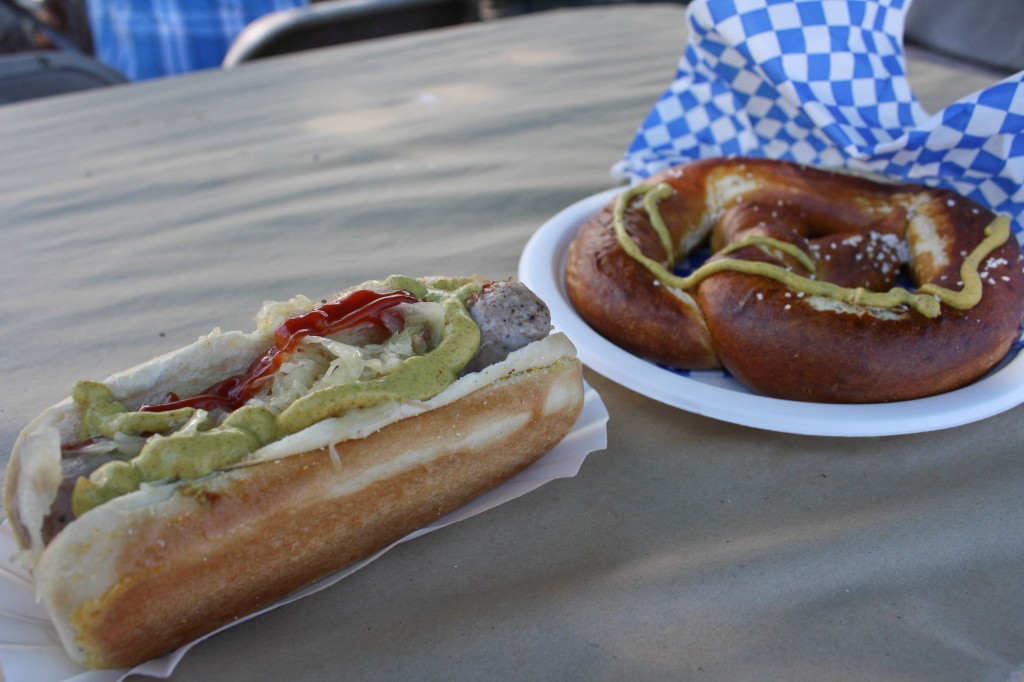 I devoured my sausage and then tried the first beer that Michael kindly fetched for me. It was the Transgression IPA from Heathen Brewing–a Washington brewery I’d never heard of–that I actually loved. It was a great beer and probably my favorite of what I tried. It was very hoppy and citrusy, not as good as my beloved Boneyard IPA but a close second. 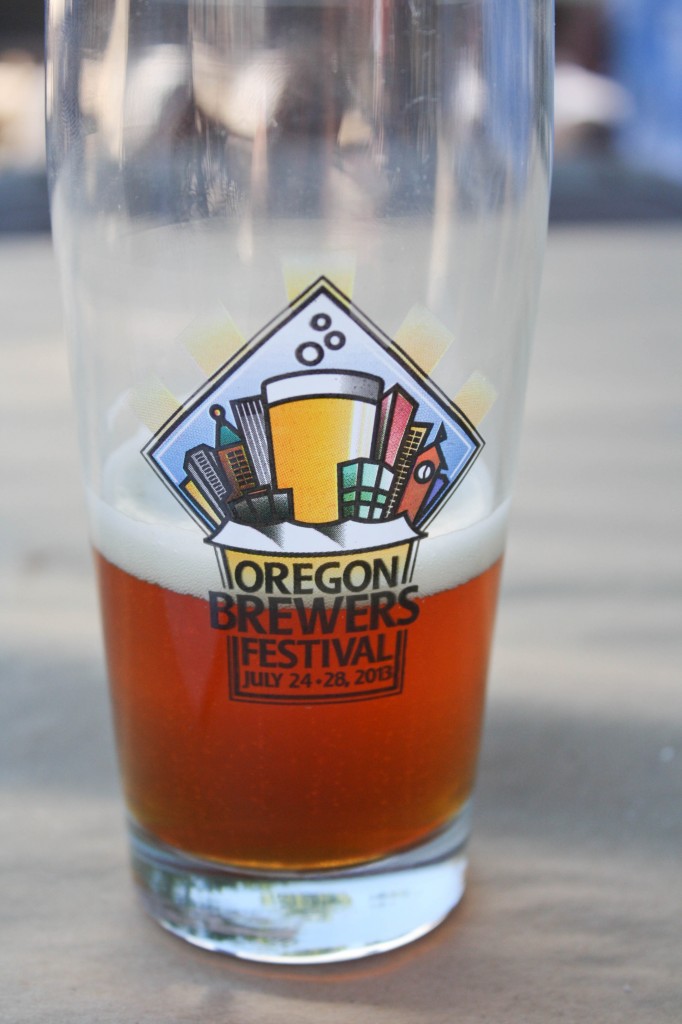 Next was another brewery I’d never heard of, Ballast Point Brewing Company from San Diego. Their Sculpin IPA was so good I went back for a second tasting. It was sweet, smooth and lacked the bitterness that a lot of IPAs have. 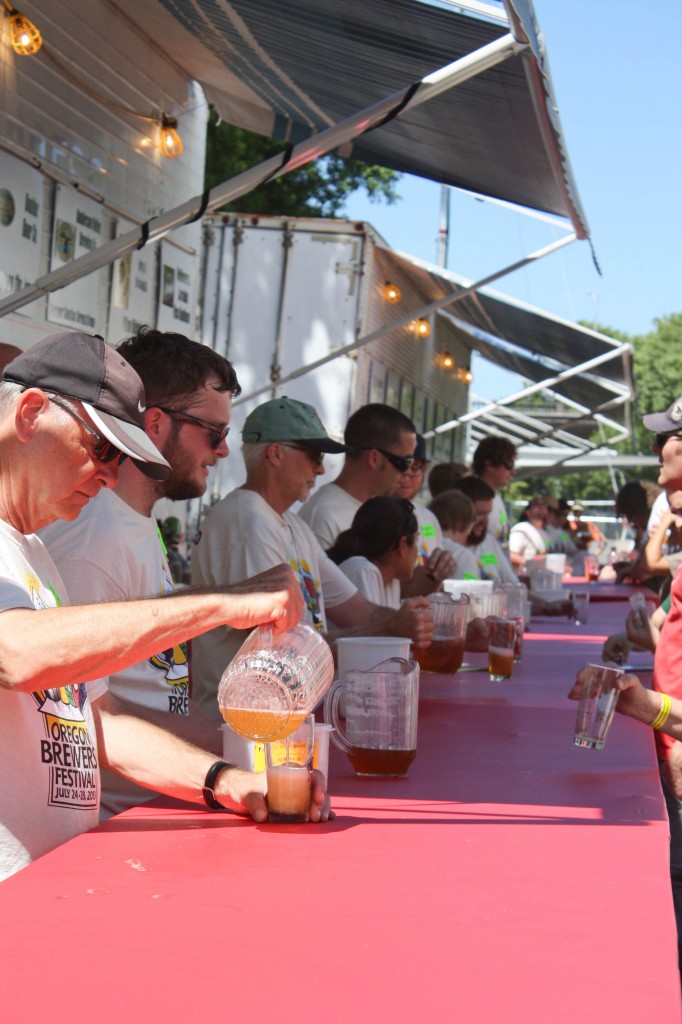 Brewfest used to start on Friday the last weekend in July but it got so big that they started opening on Thursday. This year it started on Wednesday–yes, it’s that big! Even going on Wednesday it was PACKED and the lines were starting to get really long (like you get a tasting from one line and then get in the second line to wait while you drink your first taste). 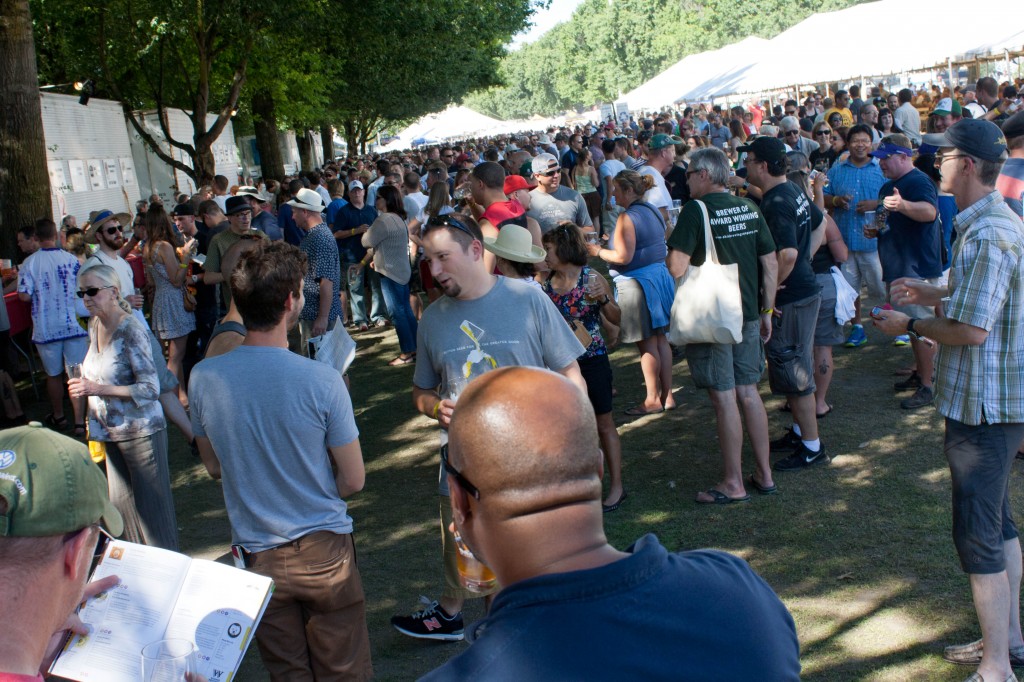 Are you thinking, “Don’t these effers have jobs?!?! It’s a WEDNESDAY?!” Yeah, I was thinking that too. 🙂 I was glad I took a half day because getting there after work would have been an even bigger mess of people. But don’t let that discourage you from going to the Brewfest. It’s so much fun and I always find at least one or two new to me beers that I really like. 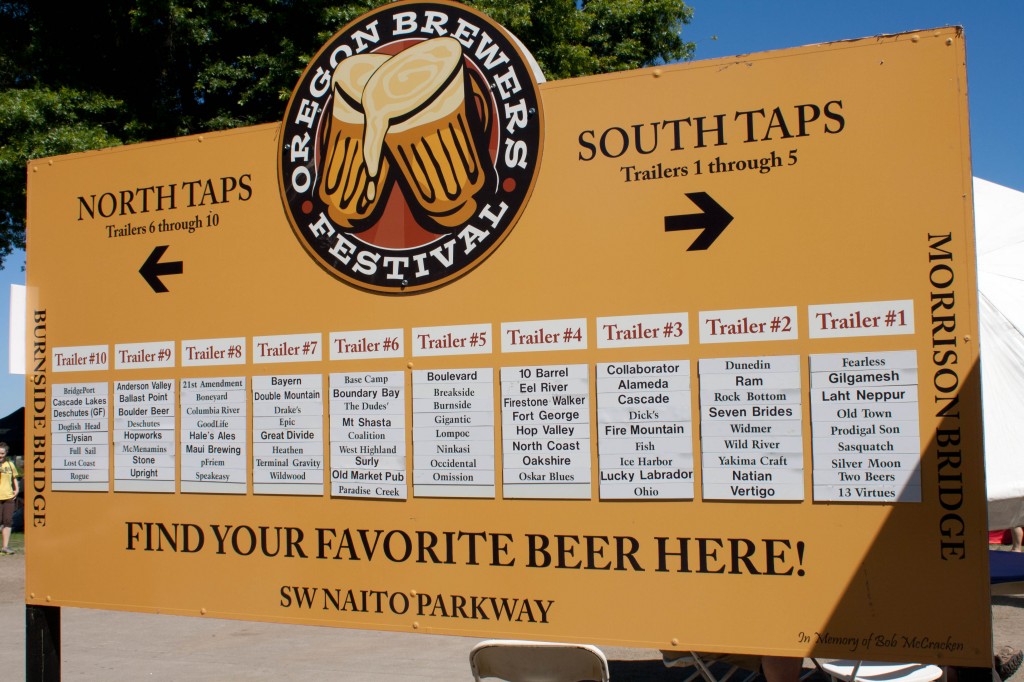 Another one I really liked was of course from Boneyard. It was their Bone-A-Fide Pale Ale and while it wasn’t as good as their IPA, it was still enjoyable. It was milder in flavor than their IPA, smooth and balanced and not quite as citrusy and hoppy. I don’t care if it was 90 degrees out, I was still gonna get an IPA. 🙂

There was another beer that I DID not like, the Chronicle 11: Subtropical IPA by Dunedin Brewery (from Florida). I took one sip and was scrunched my face. Jeremy had a tasting of Gigantic’s & Juice IPA and we swapped glasses. He liked the Subtropical and I liked the Gigantic! The Gigantic was called a “Beermosa” and that’s TOTALLY what it tasted like–a mimosa!! I loved it! What a nice surprise. Well done, folks! 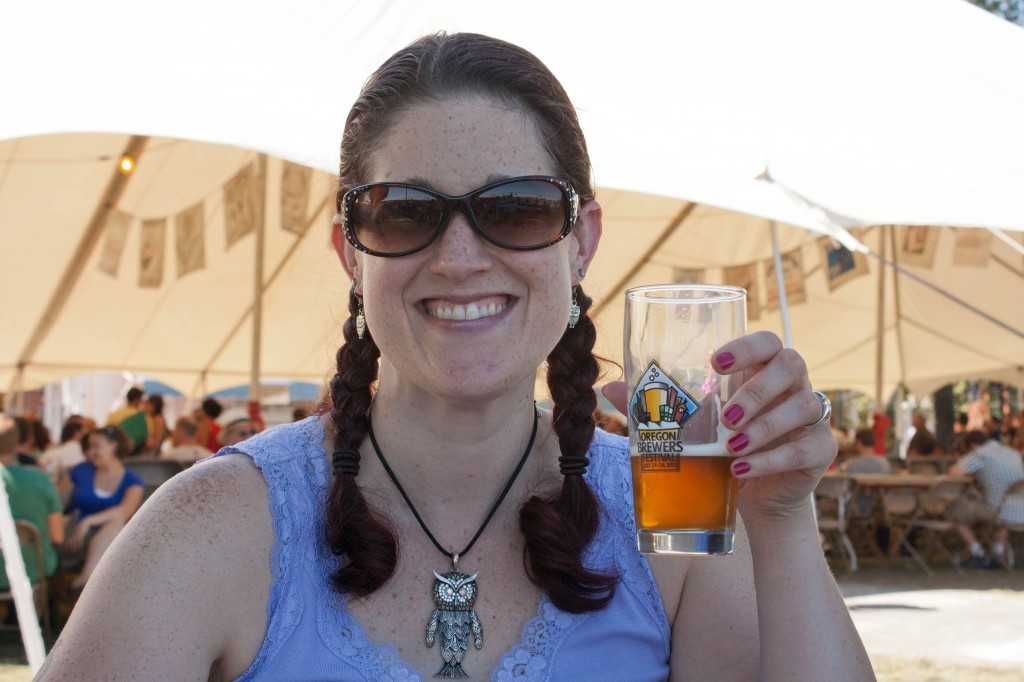 After an afternoon in the hot sun on the waterfront, the three of us ended up at Apizza Scholls for dinner. I can’t complain. Beer. Pizza. Sunshine. Sign me up! I had two slices of pizza and didn’t feel a lick of guilt (but ask me that tomorrow…). 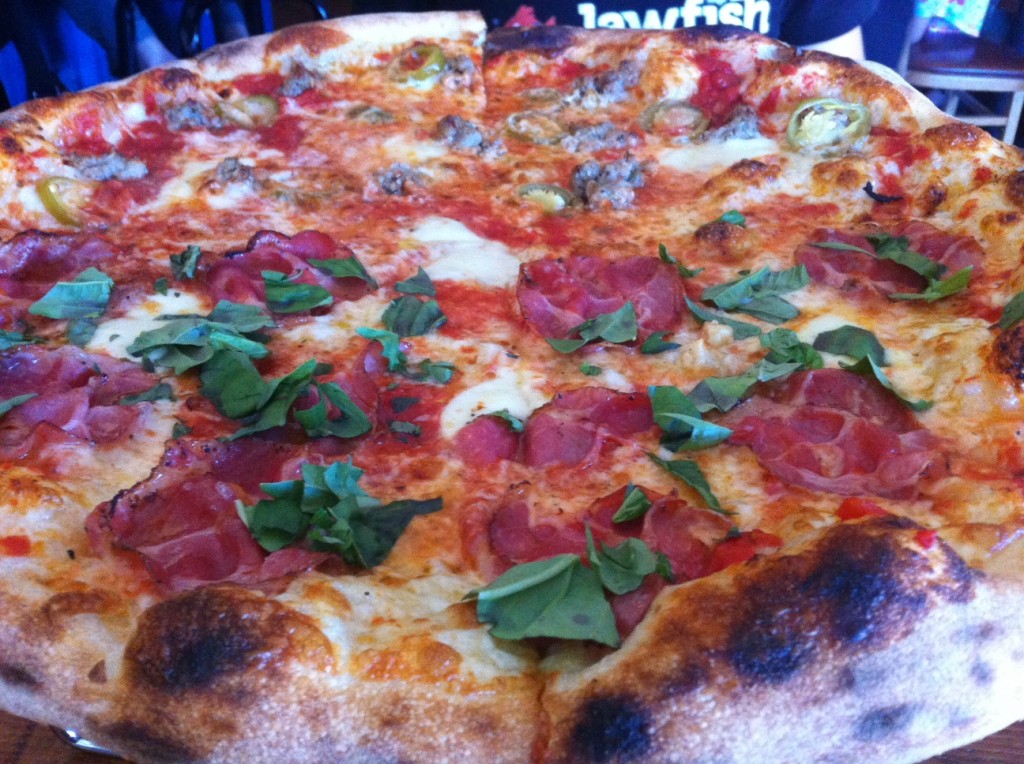 I didn’t spend as much time at the Brewfest this year as previous years and didn’t try as many samples as I usually do. I took it slow and just kind of enjoyed the afternoon and sunshine. It was a nice change from the hectic party atmosphere it usually is!

Do you have a food or drink festival in your city that you won’t miss?