Now that our oven is back and working (after 2 months of no oven), I did a bunch of cooking over the weekend!

The first thing I did was poached eggs. I’ve never made poached eggs before but they are something I really like and wanted to give it a try.  It was kind of a lazy Saturday. I didn’t have a workout session booked at The Warrior Room and no plans for the day so there wasn’t really a pressing need to get up and going quickly. Michael and I laid in bed, with Bella in between us for a little bit. Usually she’s in her crate but he’d gotten up to let her outside kind of early. 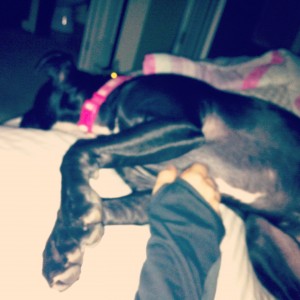 Michael wanted buckwheat pancakes for breakfast but we were out of milk. Poached eggs instead! We used the recipe from Smitten Kitchen and it worked GREAT! I toasted some gluten-free bread and put some habanero jelly on mine, then topped it with two poached eggs. It was so delicious! 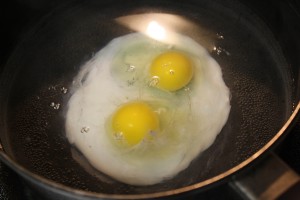 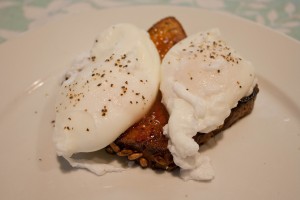 Next, after the gym and some errand running, I made gluten-free chocolate chip cookies. It was my first attempt at chocolate chip cookies (which I’ve missed terribly) but not my first attempt at gluten-free baking. I’ve tried a few things that were hit or miss and some complete failures. I tried this recipe because every review said the cookies were great. That had to be a good sign.

[amd-zlrecipe-recipe:90]
The “batter” was a little dry. Like too dry and crumbly. I added 1 tablespoon of water and instead of 1/2 a teaspoon of vanilla I added a full teaspoon. That made a huge difference and it was finally the consistency of cookie dough. I used 1/2 of the Trader Joe’s Gluten-Free All-Purpose flour and the rest was the buckwheat flour. I’ve learned from past GF baking mistakes that using just one kind of GF flour doesn’t really work. Blending several kinds works better. I also used 1/2 light brown sugar and 1/2 dark brown because that’s what I had on hand. 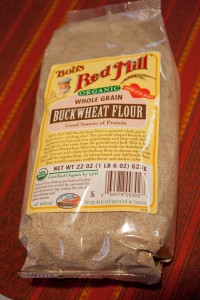 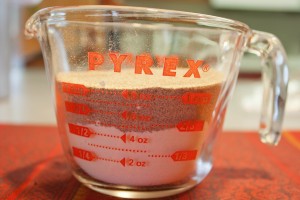 How was it? The cookie dough was black. That was from the buckwheat flour. It was a little disturbing. I did a taste test and the dough tasted just like regular chocolate chip cookie dough. It was delicious but with a hint of a grainy texture. I baked them about 11 minutes long, let them sit and set up and then we tested the cookies! 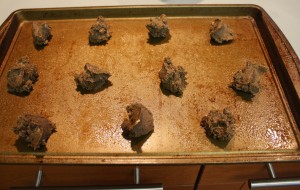 They were great! The chocolate chips were gooey, the cookies were moist and flavorful. That grainy texture the dough had was gone. I just wish they weren’t so flat. 🙁 I got 31 smallish cookies out of this recipe. The cookies flattened while cooking and became larger than what I was expecting. So if we DO want really tiny cookies, make the dough balls even smaller. 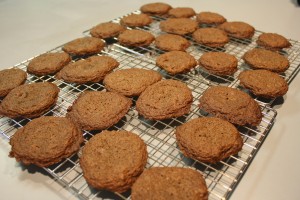 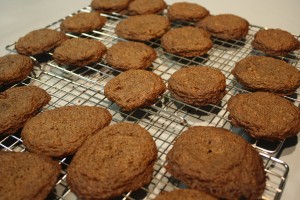 The next thing I cooked was dinner. It was an old favorite of mine that I used to make a lot but haven’t made it in years. I’ve never made it for Michael, either. It’s a good, hearty, comfort-food kind of meal.

This is a great recipe because it’s only a few ingredients and it’s things I always have available. It’s also really versatile. You can use brown rice, jasmine rice, white rice, wild rice is tasty, too. Also, don’t worry if you don’t have cream of mushroom soup. You can use cream of chicken or cream of celery and it turns out great. I’ve done both. 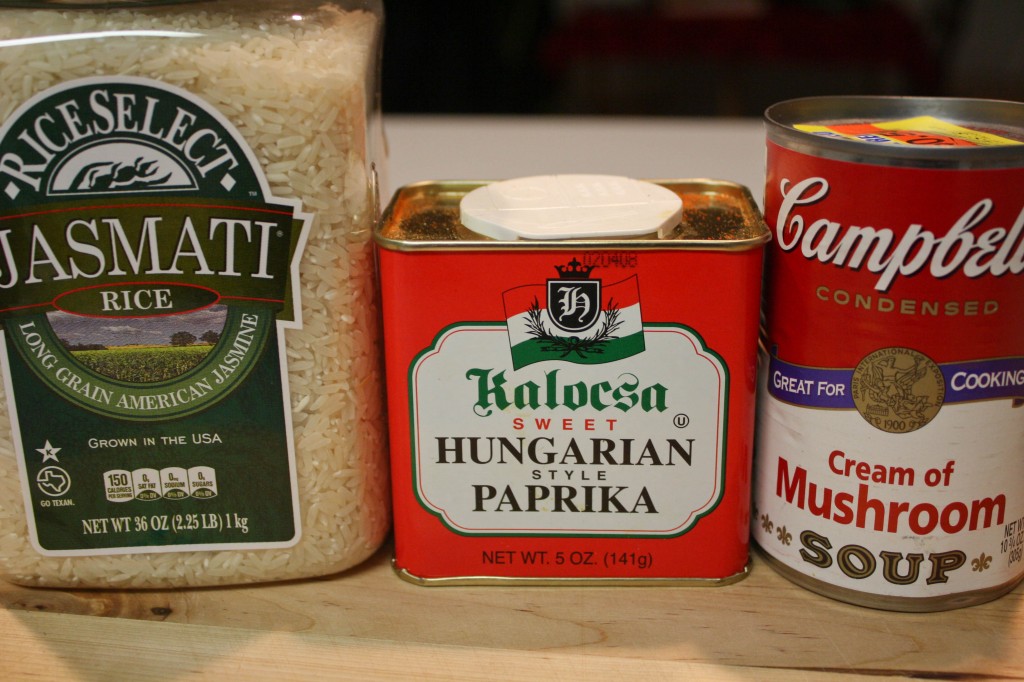 It’s also nice that it’s one dish. I mix everything in the baking dish and call it good. Makes for easy clean-up. I suggest adding a lot of paprika, of course to your preference, but the more you use the more flavorful it is. 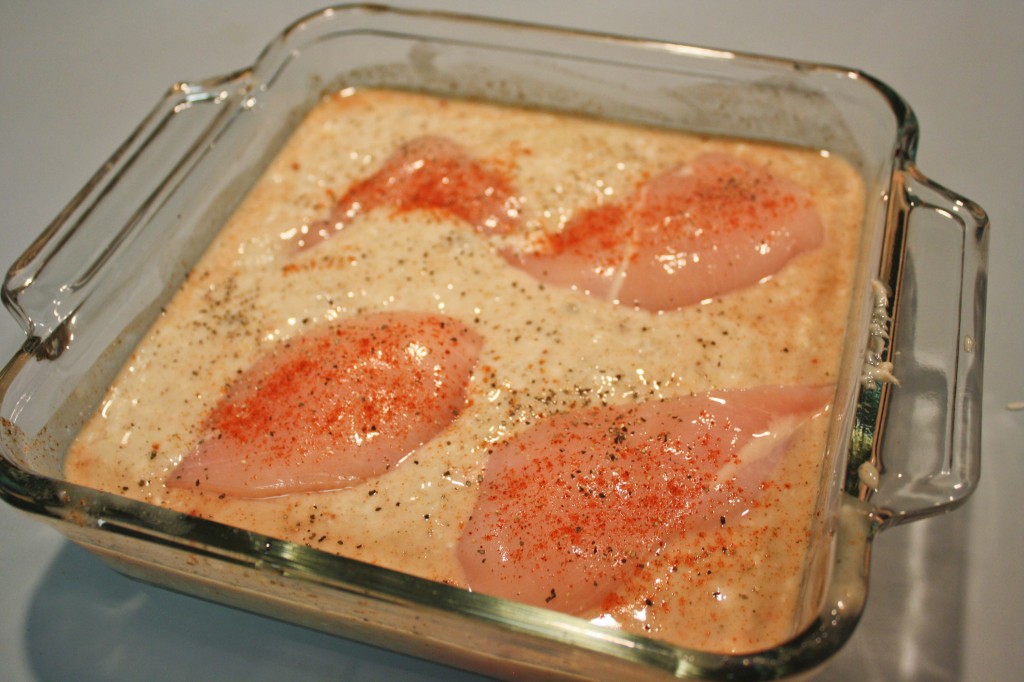 I baked it for about an hour and it was done. You know it’s done because it’s not liquidy anymore and the rice is cooked. While we ate dinner we watched a GREAT movie—The Watch, with Ben Stiller, Vince Vaughn and Jonah Hill. It was SO hilarious. We were laughing out loud during the entire movie. Why wasn’t this film more popular? Anyways, dinner was filling and tasty and good comfort food. 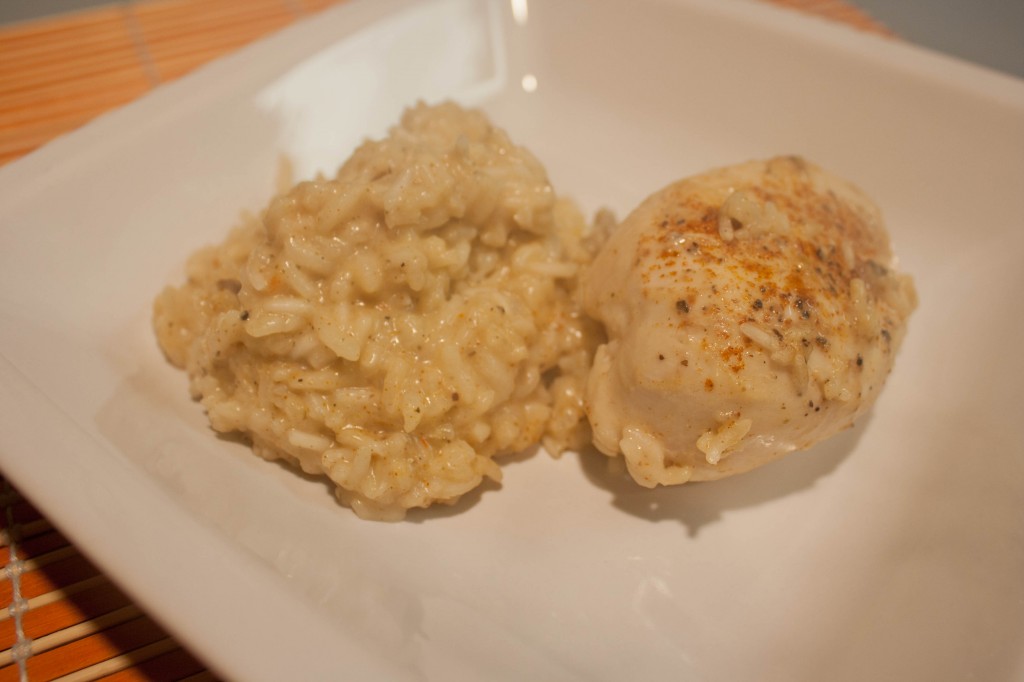 It’s also pretty low in calories. For dessert we had some eggnog and my GF cookies. It was a great night!