Last week I posted my intentions in Goals This Week. These were my goals:

Okay, I guess. I ended up getting a head cold on Easter Sunday and was sick for a few days. That was both a blessing and a curse. I felt like crap BUT I had zero appetite so I didn’t really snack. Nothing sounded appealing to me and I forced myself to eat three meals a day on those sick days but I just wasn’t feeling it.

I drank my calories a lot while I was sick. I was drinking Emergen-C, Odwalla orange juice and Kefir. A few months ago when I was sick with a cold, a friend posted on facebook that she’s been drinking Kefir for awhile and hasn’t gotten sick. She attributed that to the Kefir. I had no idea what it was but I was willing to give it a try. I was sick of being sick! This was the fourth cold I’ve had this winter. Clearly it’s just one of those years where I’m going to catch everything. 🙁

The Kefir was expensive. Even on sale it was nearly $5 for a jug of it. This is what I bought.  I got the blackberry flavor. I had no idea what to expect. It was basically like drinking yogurt. But not the thick Greek yogurt I’m used to; it was thinner like yoplait. It tasted pretty good–slightly sour but the blackberry flavor helped. Trader Joe’s Kefir was $2.99 a jug, so much better price. 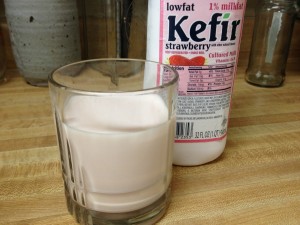 I tried to read up on Kefir to figure out what is so special about it. I mean, how is it any better than yogurt? I still don’t really have the answer other than it has more live bacteria in it than yogurt does. I take acidophilus every day but I’m willing to give this a try in addition to that. The only downside is that it’s pretty high in calories. I have half a serving as a result.

In terms of the water consumption, I did great! I got at least 3 water bottles in at work and then had more at home. It meant a lot of extra trips to the bathroom, which is a pain, but I think it helped speed my cold along quicker. 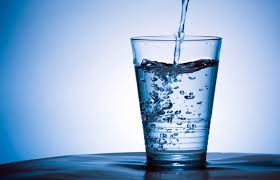 At the end of the week and into the weekend though instead of a head cold I had a sore throat and cough, too. 🙁 I went to the doctor to make sure it wasn’t strep or bronchitis and it turned out to be a virus. My blood pressure was super high (abnormally high for me). The doctor told me to lose weight, exercise and eat “right.” I have to admit I was more than slightly offended. Considering that my blood pressure three months ago was 110/70, I think I have a handle on this. I lost 100 pounds to lower my blood pressure and it worked. She gave me a flyer telling me how to lower my blood pressure and gave me sample food plans. I had to laugh at that. I was already doing everything “right.” I think it was just a fluke.

I want to continue the goals from last week because I think they are pretty basic and necessary for me. My focus for this week is to:

2) Don’t drink my calories–this includes beer and wine, juice, etc. Now that I’m feeling better I don’t need to be drinking the OJ on a daily basis. The one exception will be the kefir. I want to continue drinking that for awhile to see how it helps. I’ve been drinking kefir as “dessert” for the last few days and it’s been satisfying for that.

So that’s what I am working on right now! How are your goals going?