I received a great question from a reader about how to get back on track after take a break. She’d lost 70 pounds already and was about half way to her goal weight. For whatever reason, she took some time off from the plan (I’m guessing both exercise and the food part) and was having a really hard time getting back at it. This is a great question and I think it happens a lot for people. 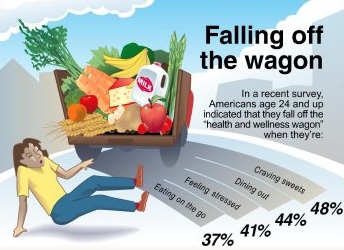 Taking a break from working out isn’t a bad thing. It’s actually a smart thing to do periodically. Our bodies aren’t meant to go go go without a break. Having appointed rest days during the week is a good idea (I have two) and taking a week off once or twice a year is good, too. Why? Because our bodies get used to doing the same thing all the time and then we stop losing weight. Doing the same routine day in and day out will stall progress.

Taking a break has come up a few times on my blog. Check out the old posts here:

How to Survive the Off-Season

Why Wednesday – Why You Need a Break Sometimes

I don’t suggest someone just starting out on their weight loss journey to take an extended break because there is a benefit in using the momentum of just starting out. When I first started swimming I was losing a lot of weight! Like 10 pounds a week! It didn’t last long and the weight loss leveled out to 3-5 pounds a week. After 6-8 months it slowed down even more and 1-3 pounds a week was the norm. Seeing the weight loss on the scale each week (even if it was just 1 pound) was so motivating it kept me on track. USE THAT. It works! Starting over may be discouraging, but it can be done!

So while it’s beneficial to take an occasional break, how do you get back on track? 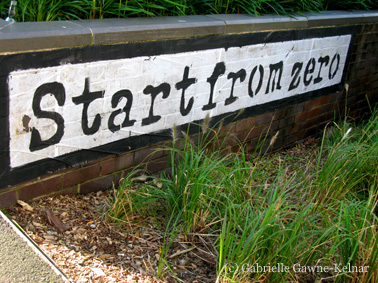 Getting Back on the Wagon

I don’t have a magic pill or an easy answer for anyone wanting to get back on track after taking a break from their weight loss journey. I know that’s what people want (me included) and it’s just not the way it works. We have to WORK for it and WANT it badly enough.

This is truly the most helpful thing that worked for me. I schedule my workouts in my Google calender each week like I would my plans with friends, doctor appointments and volunteering. I build each week with things I want to do, things I have to do, and my workouts. Seeing it on the calender makes it easy to DO IT.

It may seem too simplistic but it really does work. Try scheduling workouts for a few weeks and soon it will become a habit and not something you even think about. (Read: 21 Days to a New Life.)

Fake It Til You Make It!

This works for a lot of things. Changing our perspectives and trying to have a positive outlook on things doesn’t always happen overnight, it takes practice. Years ago when I was really suffering from depression, I finally decided that I was going to be happy and not depressed. I certainly didn’t FEEL happy but I pretended I did. I smiled at everyone, I made myself laugh at things, I forced myself to socialize and I TOLD MYSELF I was happy. Believe or not, it eventually worked. Funny thing, I was talking to a friend of mine who is always so positive and upbeat about everything. I asked her how she did it. I said I was struggling with some of the things in my life that were making me unhappy (job, and other things) and I admired her positive spirit. She told me she was faking it til she made it some of the time. Really? Wow. I was surprised but it got me thinking. If I’m walking around in a funk about life, that negative energy just spreads. But if I change it to positivity, maybe THAT will spread too!

Clean Out The House!

Get rid of the junk food and trigger foods you might have bought during your break. Not having the temptations around you will make it easier to make better choices.

It may be a cliqued saying but it’s true. If you just make yourself go to the gym or workout for a few days, it will be easier to get back INTO the habit of doing it. 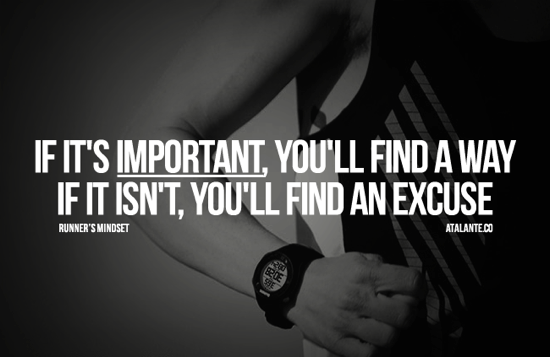 I love the above quote. It’s so true, especially for me. I wanted to lose 100 pounds more than anything. Nothing was going to get in my way or derail me. Plateaus were not going to discourage me. I was focused and determined and that’s how I lost the weight. So really dig deep inside yourself and ask why you want to lose the weight and how important it is for you. If it’s that important, the excuses won’t come.

What worked for you getting back on track?