Friday night I got a late start to my swimming, so I was extra hungry by the time I got home. Michael, Jeremy and I went over to the Laughing Planet Cafe for dinner. 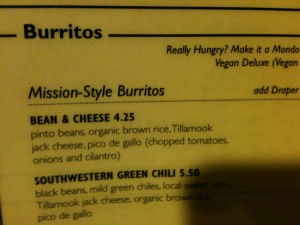 I got the Bean and Cheese burrito and made it a deluxe with sour cream and guacamole.I also got a pint of the Ninkasi Tricerahops beer. 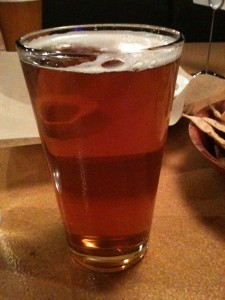 It was a really good beer! I liked it a lot. Which is surprising because the bartender said it was the hoppiest beer they had on tap. 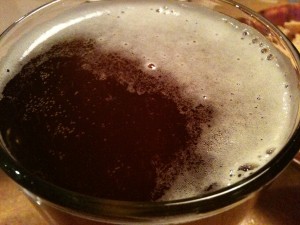 Michael and I split an order of chips and salsa while we waited for the burritos. 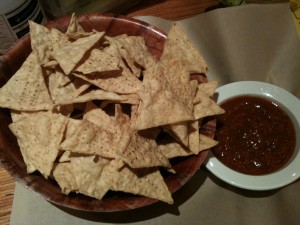 The burritos are VERY messy. There’s a guide at every table on how to eat them. 😉 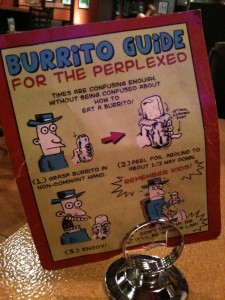 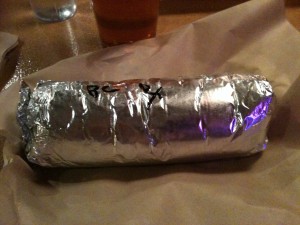 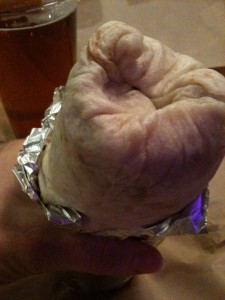 I really can’t stress enough how amazing their burritos are. The beer was excellent too. Much better than the beer I’d have later in the night, but more later. 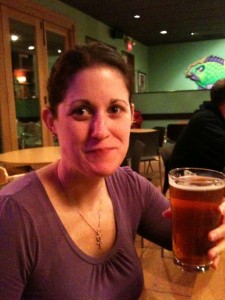 After Laughing Planet we went over to the Brooklyn Park Pub. 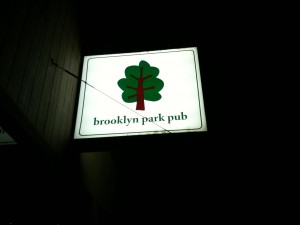 I’d never been there before but I used to live in that general area. I’m surprised I never gave it a try. 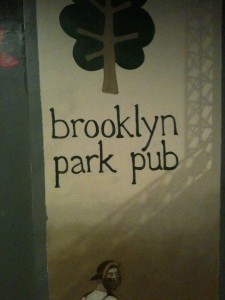 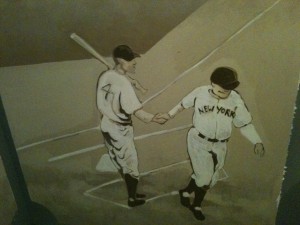 Michael’s been there a lot. Apparently they have a “Whiskey Club” with a card and everything. Michael found his tasting card in the file and tried a new whiskey. 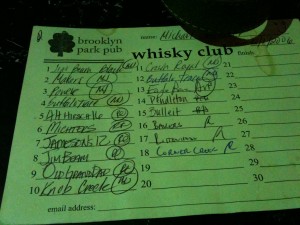 I stuck with beer. I’m such a light weight, the last thing I need is to start mixing things! 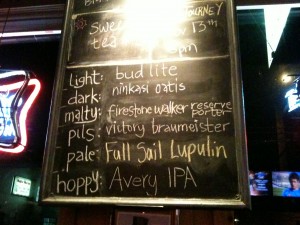 Their selection of beer made me chuckle. Granted, it was a whiskey bar, so I get that…but really? Their “light” kind of beer was “Bud Lite”? Too funny. I stuck with the Full Sail Lupulin. I’d never heard of it but I usually like the pale ales. 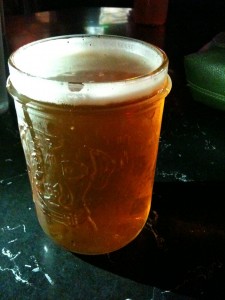 It was way more bitter than my tastes like. I definitely preferred the first beer of the night over the Full Sail. 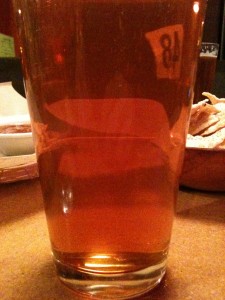 And in typical Portland fashion, there was some guy with a computer in the bar using the WiFi. 😉 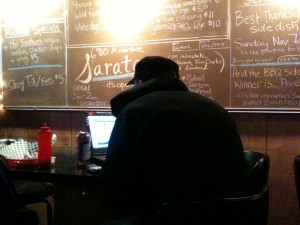 It had been a long week and a very long day so we called it an early night and were home about 11pm. Michael and Jeremy stayed up for a few hours more playing zombie games on the Wii and I passed out. I was exhausted and those two beers hit me like a train! What can I say? I’m a total light weight (read: cheap date).