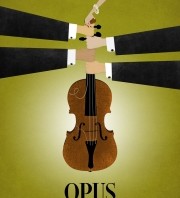 Thursday night I had the pleasure of meeting up with Carbzilla! Tiffany took the train from Seattle to see some friends and a play and invited me along. 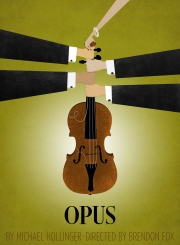 After work I had a quickie dinner at home of leftovers and then met her at a bar downtown for a pre-show drink. 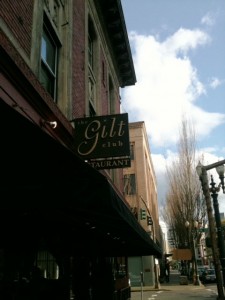 We met at The Gilt Club in downtown Portland. I’ve been wanting to try the place for a long time but was rather intimidated by their menu. Just to give you an idea of their menu items: 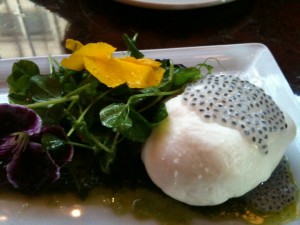 It was a very attractive presentation. We were both expecting the cheese to be warm, but it was ice cold. The flavor was super mild. Neither of us were too enthused about the seeds in the gelatin–that was a little weird. 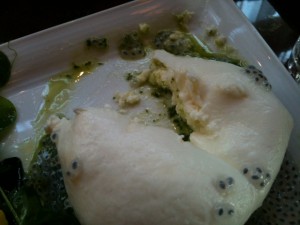 I had a few pieces of the crunchy bread with the cheese spread. 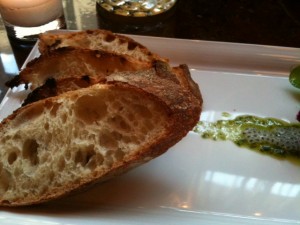 For my adult beverage I ordered the Laura Palmer. Not just because I like lemon and it sounded yummy but the name was just awesome. Who Killed Laura Palmer! 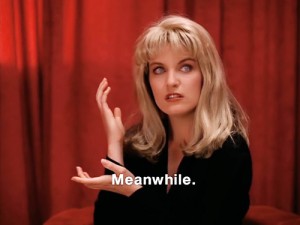 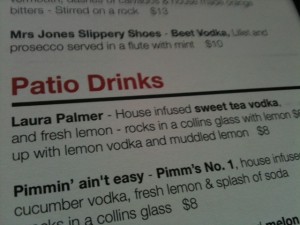 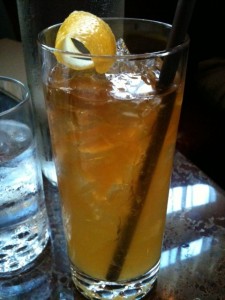 After drinks we headed to Portland Center Stage for OPUS. I’ve walked by the theatre a million times but I’ve never been inside. Now I want to see tons more plays here! What a beautiful theatre.

“Ex-violist Michael Hollinger trades in his bow for a pen in this a tart and witty chamber piece about the politics and passions that threaten a classical string quartet. In front of an audience they’re pitch perfect but behind the scenes the Lazara string quartet is coming unstrung- all on the eve of their first televised performance for the President of the United States. There’s sex, there’s drugs, there’s…chamber music, but the real rewards lie in Hollinger’s insights into the balancing act of drudgery, machination and volatile genius that make a seemingly effortless performance possible.”

It sounded intriguing when Tiffany invited me and I said yes. 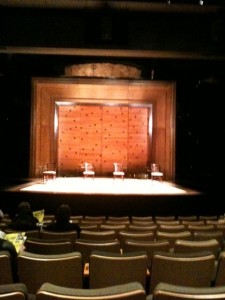 It was such a good play! I had an amazing time.  The place was packed. I never noticed that I sat for 100 minutes without an intermission. It was an engrossing story, the acting was convincing and I felt every range of emotion they inspired. I laughed, I cried a bit, I felt sad for the imploding relationships. 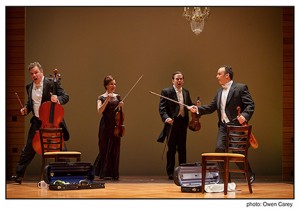 There was a moment at the crescendo where the entire audience gasped in unison. It was a really powerful play and I had such a good time! It reminded me how much I like doing things like this. I need to do more in the arts like I used to.

Funny, I see now how much my life because about TRAINING and RACING. Running, training for Hood to Coast, training on the bike, thinking about a triathlon…all fun things but totally time consuming. Fitness can take over your life and it’s easy to let other hobbies go by the wayside. I need to remedy that.

I had a great Girl’s Night. Michael went out with a friend for pizza, Keno and the Blazer game. I think my night was better! 😉

QUESTION: Do you go to plays very often?