I remember reading something in a magazine about losing weight that really stuck with me for some reason. It said “Don’t get married to your workout.” Basically this means change things up as much as possible. Don’t do the same workout every day. Try new exercises, increase the weight and resistance, change the mileage, try a different activity–anything. 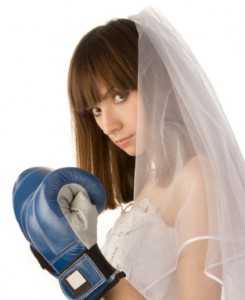 When I read that article I scoffed. What I was doing was working. It worked well. I lost weight, I kept it off, I was getting stronger and faster. I was definitely getting a fitness level that I was proud of. And I liked what I was doing: I loved swimming and wasn’t going to reduce it.

In the end, I did end up changing some things around. Previously my swim sessions were 3 days a week. I was finding that I didn’t have enough time for other activities and reduced that to 2 days a week. It’s been that way for years now and as summer has arrived and I need to increase my cycling miles, I’ve reduced it to 1 day a week. But that’s not all–my swimming sessions were the same. I was most definitely married to my routine. I had three different swim routines that I liked to do and rotated between them but there wasn’t much variation beyond that. Was I doing intervals? Not as often as I should have been. What does this lead to? Plateaus.

When I first started doing a serious weight lifting program when I had to stop running for awhile, I lost weight almost immediately. In that first month I lost 5 pounds and several inches. It had been years since I lost 5 pounds in one month. In the two years I’ve been weight lifting I haven’t seen a change like that since.

I’ve been in a rut lately with my workouts. All winter long I was focusing on my weight lifting, swimming 2 days a week and going to spin class once a week. Now that the weather is better my goal is to bike to work 3 days a week. So far I’ve only managed 2 days but that’s partly weather related. Doing 66 miles a week (3 commutes) would be a major shake up to my routine. I’m looking forward to it and I won’t lie–a little part of me is hoping this change will jump start some weight loss.

When Michael was consistently biking every day to work he lost a lot of weight. Granted, he’s a man and they seem to have it easier when it comes to melting the fat, but I REALLY hope I see some movement on the scale if I’m doing 66 miles a week!

I HATE changing my workout routine! It’s so comfortable. It feels familiar. I’ve been able to maintain my weight loss by sticking to my schedule. But it’s time. I MUST change things up! 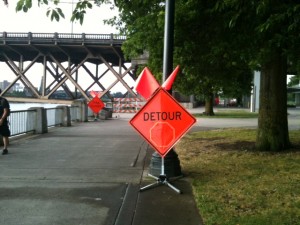 So how did I change things up recently?

Mileage, baby, mileage. In one week I was able to get my biking miles up thanks to starting the week off with a nearly 40 mile ride. The 40 mile ride was pretty good, at least for most of it and only a struggle those last 10 miles. Happily, I had no soreness the next day. It was almost as if I had done nothing!

A few days later, I biked to work. I was running late that morning so I stepped it up and went faster than I normally do. I also changed up my routine a bit–I changed my route to avoid that intersection that makes me crazy every time. The new route was so much better–a tad longer, but so much better! Morning Stats: 547 calories burned. 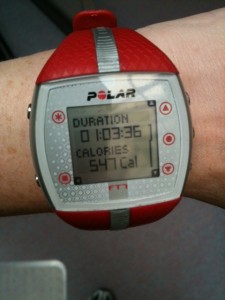 It was a hot ride home. I was a bit sore from the previous day’s gym session but not cycling sore from my 40 miles. I had my eye on the prize: would I be able to do 80 miles this week??

I was doing well and then as soon as I hit the entrance of the Springwater trail near downtown, I heard a loud pop and then I fishtailed to the side of the trail. Yep. Tire exploded. Literally. It wasn’t quite as scary as the first time it happened, but it still sucked. Thankfully it didn’t happen downtown in traffic or somewhere I could have gotten hurt.

I pulled off into the shade and texted my Knight in Shining Armor. We are currently completely out of tubes so even if I had the savvy to change my bike tire, I didn’t have anything to change it to. Also lame. 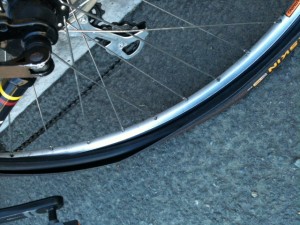 I’d barely gone 2 miles when it happened. I was bummed. I stood in the shade and waited for Michael to pick me up. It was a disappointing ending to my day and cut my training short for the rest of the week. 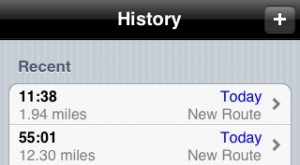 Total miles for this training week: 50.84

Sigh! Here’s to next week being better.

QUESTION: Are you married to your workout and if so, how do you change it? Can you change a bike tire?