There’s a News Van in My Driveway 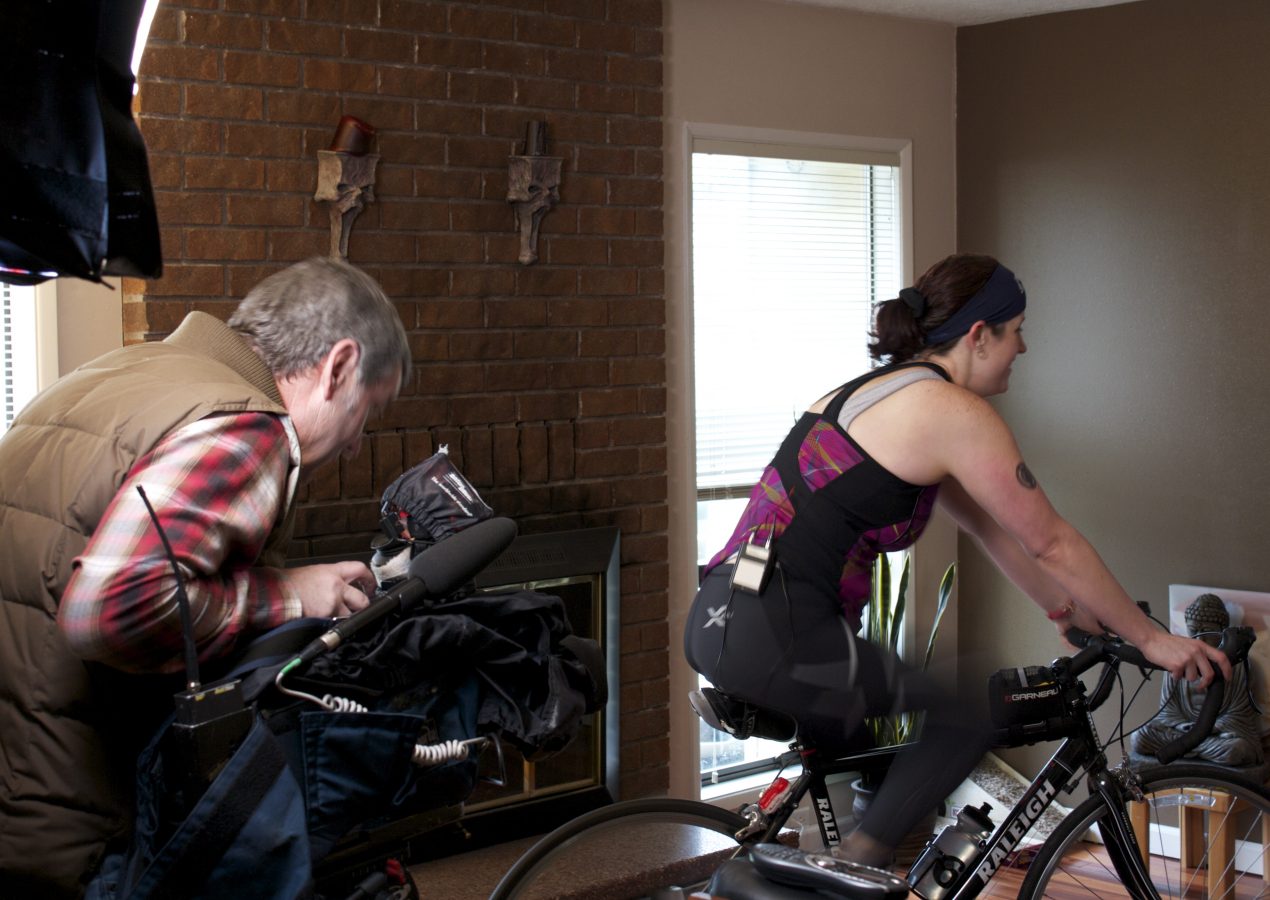 It began with an email. It was January 2, 2012. I had the day off from work. I’d slept in and finally dragged my butt to the gym to brave the crowds of Resolutioners and hope to find a machine available. I was on the elliptical for about 45 minutes when I got an email.

At first I thought it was spam. I get a lot of strange emails. Then I saw who the reporter was. She was from KATU news here in Portland. It was legit!

Wait. In the next hour??

I emailed her back saying I was interested but that I was currently at the gym. I was almost done. She called me immediately and we arranged to meet at my house in a few minutes. I hurried home. I wanted to shower and change and look something like this:

But the reporter specifically said she wanted me to be sweaty from the gym. Sweaty. Not what I really wanted for my television debut! The reporter and her camera man arrived. Instead of the above photo, I looked more like this:

Oh well. It was still an amazing opportunity. Emily, the reporter, was incredibly nice and down-to-earth. She asked probing questions and put me at ease immediately. They stayed for over an hour. We did a sit down interview, then moved to the kitchen to share some of the foods I eat on a regular basis.

She asked me about running, Hood to Coast, biking, swimming, how I eat, if I struggled to lose the weight, how I keep it off…she covered everything. The interview finished up with me putting my bike on the trainer and riding a bit in the living room.

They headed out to get back to the station in time to edit the footage. Clips of my interview were shown at the 4pm, 5pm and 6pm evening news that night! It was a fast turn around. I recorded the newscasts on our DVR but unfortunately they are not on the website in clip form. I was hoping it would be so I could share it here. 🙁 Does anyone know how to get DVR recordings onto a disc or the computer?

It was a fun experience and totally surreal. It was strange seeing myself talking on television. But what an exciting start to the new year!

QUESTION: Can you help me get the shows off the DVR? Have you ever been on TV?

Dashing Through the Snow

Find Joy in Fitness Not Food