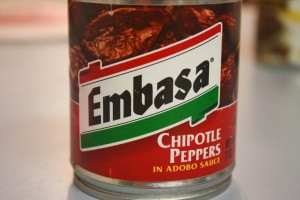 I was so excited to finally find them and I’ve been wanting to try them in a recipe ever since. Michael and I were having his mom and stepdad over for dinner while their kitchen was being remodeled and so I found this recipe:

I love crockpot cooking. It’s easy and there’s always leftovers for lunches. I also had another reason for choosing a crockpot recipe: our oven is broken. It’s been broken for almost a month now. It’s been really inconvenient. 90% of the recipes I make require an oven–baked salmon, baked chicken, etc…At least the stove still works. 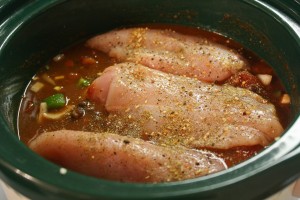 I threw this together quickly in the morning before work (another reason I love crockpot dinners). It smelled so amazing! It had smoky aromas from the chipotle. When I opened the can of the peppers, they were in a thick sauce that was added to the pot. I could not wait for dinner! When we got home from work and I walked through the garage all I could smell was the aroma of smoky chipotle peppers! It smelled so amazing!

Michael took Bella for a quick walk while I finished up dinner–shredding the chicken in the crockpot, cleaning the kitchen and setting the table. When he got back his parents were here and they brought a bottle of Trader Joe’s Chardonnay to go with dinner. 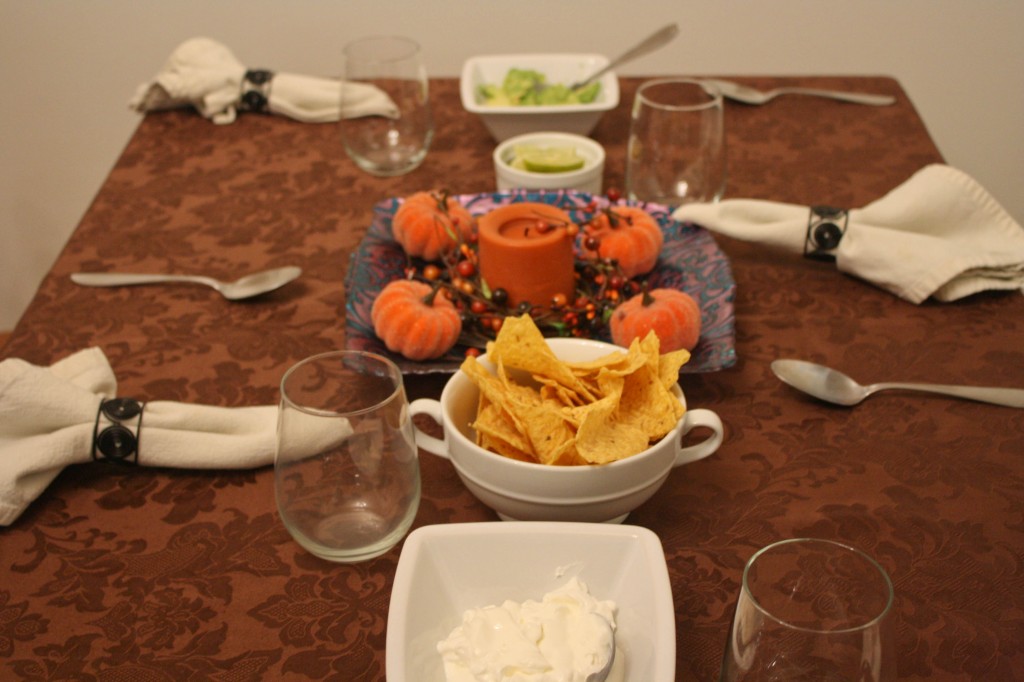 On the table was garnishments. Corn tortilla chips, pickled jalapenos (from our garden), lime wedges, sour cream, sliced avocado and shredded colby-jack cheese. Michael informed me that his family has three food groups: the crunchy food group (i.e. chips), the spicy food group (the spicier the better) and of course the cheese food group. I think I hit all of those groups! 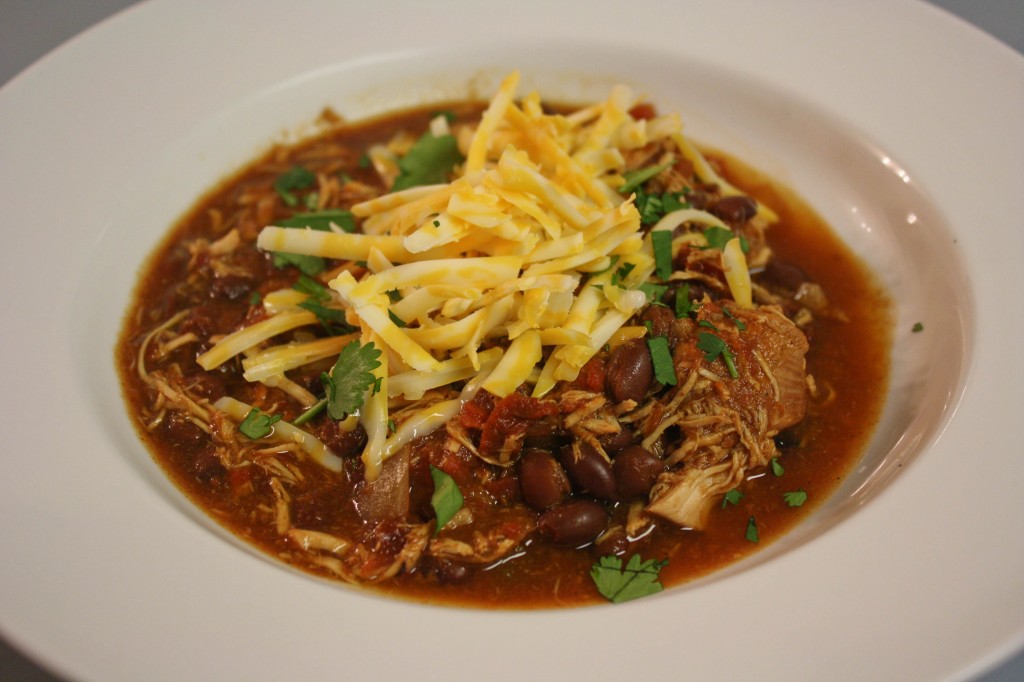 The flavors were mild–there was a little bit of spice, but not too much, there was smokiness from the chipotle and savory flavors of the beans and chicken. I added chopped cilantro to the top and crumbled some tortilla chips over all of it. Squeezing the fresh lime over everything made it even better! In fact, next time I’d even add a little more chipotle peppers, adobo sauce and lime and mix it all in together. 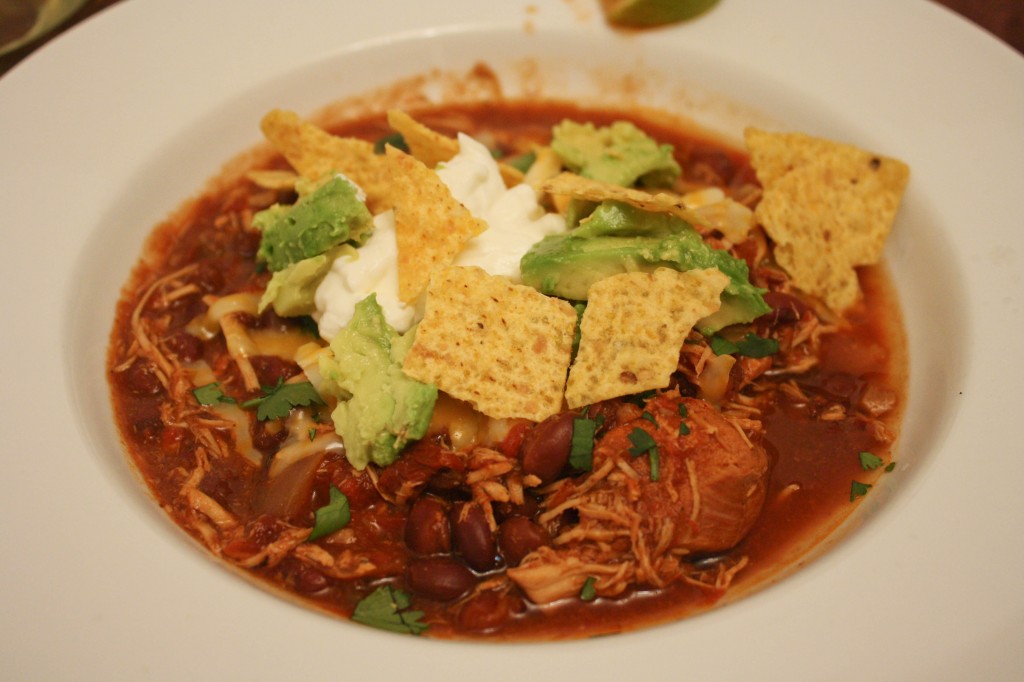 The recipe called for 8 servings. I got almost 10 servings out of the crockpot recipe. Everyone had seconds and I have enough leftovers for three lunches this week. So getting 10 servings out of this instead of 8 makes it around 460 calories a serving. Much better if you ask me! I kind if balked at the 560 calories in the original recipe. And here’s the part where I tell you how I changed the recipe: I added a handful of diced onion and about 1/2 cup of veggie broth to the crockpot. The only reason I added the broth was because Michael THINKS he hates chili (which he doesn’t because I’ve made it many times calling it STEW and he LOVED IT) so I added the broth to make it more of a tortilla soup. Either way, it was delicious and worked.

Is there anything you’re dying to try and cook but haven’t attempted yet?