I was sick for Valentine’s Day this year and then when I was feeling better Michael got sick! It’s been one thing after another (and then we had to fix our fence–that took all weekend). Part of me was like “whatever, let’s just skip it” but part of me thought it would be nice to celebrate. 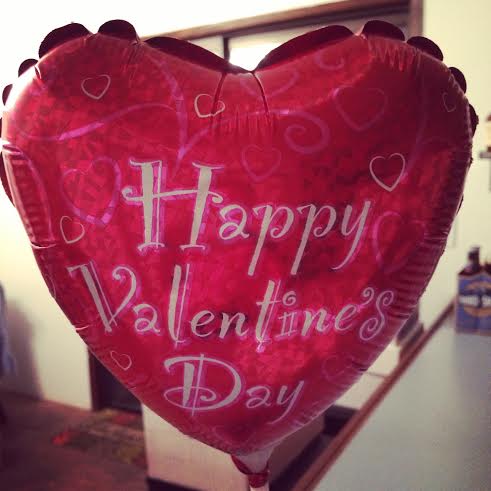 Last night I got home from the gym to find that cute balloon! Michael got me a card and the balloon and we went out to dinner at Henry’s Tavern in downtown Portland. It’s near Powell’s Bookstore and used to be a brewery. They converted it years ago to a restaurant and it’s a really nice, hip looking place. We had a gift card leftover from Christmas for it, too. (Tip: if you ever buy those gift card packs at Costco, they are a great deal! You pay like $80 for 2 $50 giftcards. It’s a great deal.) 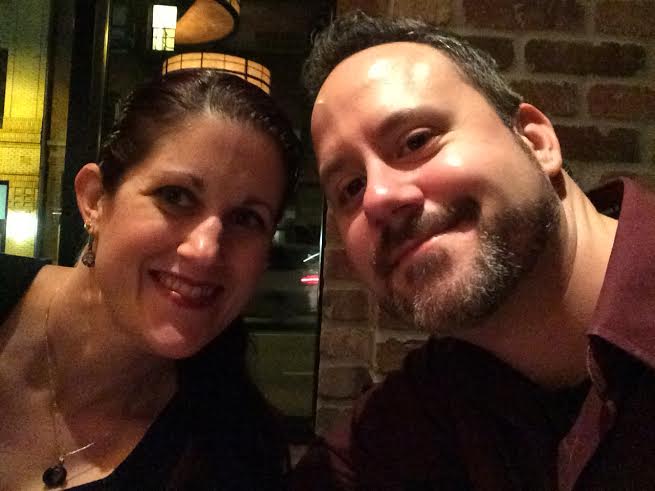 It was a really nice date night. It’s been awhile since we got dressed up and went out together. We haven’t eaten out much the last month or so and honestly, it kind of sucks to leave Bella in the crate to go out. (New parents!)

Another cool thing about Henry’s is their vast beer menu. They have so many options and they carry my favorite beer! Boneyard! I ordered a glass of the Hop Venom IPA. It’s a rich, hoppy beer, fruity and not bitter. Love it! 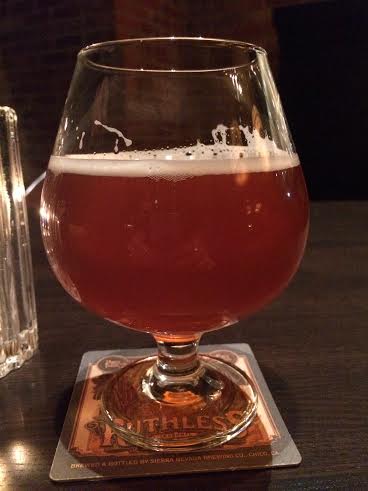 This date night comes at a time when I’d vowed to limit my alcohol intake but I stuck with one beer instead of splurging. We split an appetizer of the spinach dip. It was wonderful! One of the better spinach dips I’ve had at a restaurant. The chips were salty and fresh, crunchy and not stale at all like some restaurants can be. 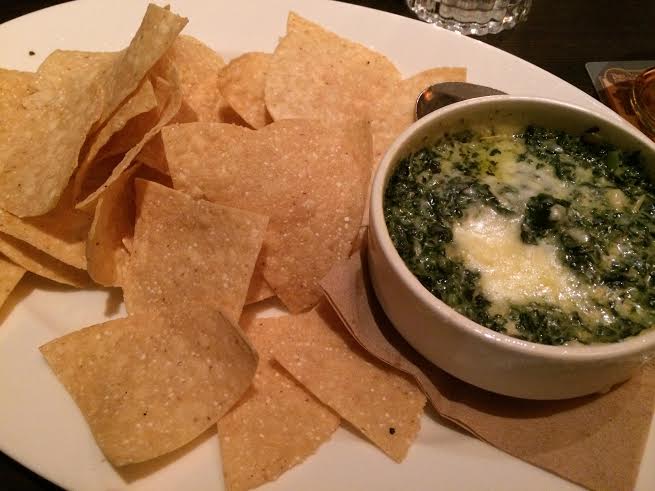 The portion was just right for two people. For dinner Michael got the steak and bleu cheese salad and said it was outstanding–much better than he was expecting. I ordered the grilled seafood brochette special. 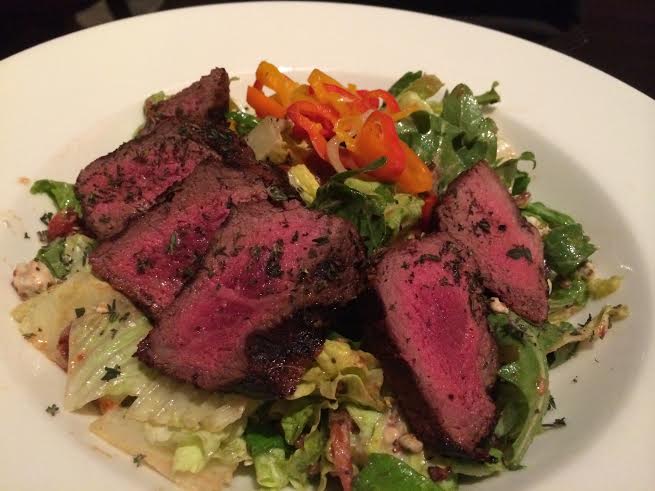 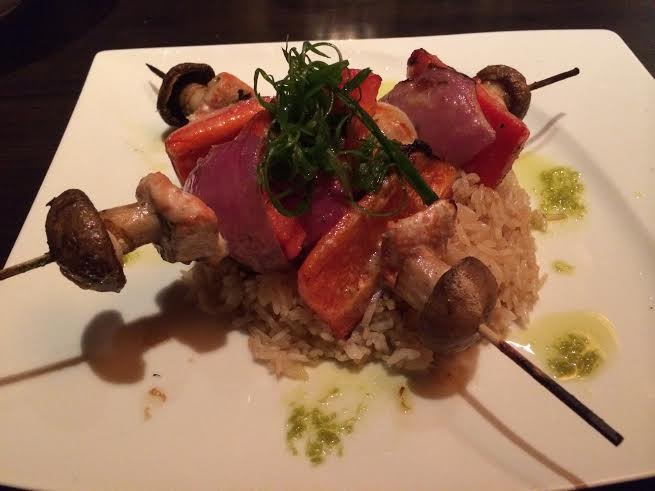 My dinner was basically seafood kebobs. There were pieces of grilled salmon, scallops and shrimp with marinated vegetables. Michael ate my mushrooms (gross) and it came with a ginger infused jasmine rice that was outstanding. I couldn’t rave enough about my dish! It was slightly salty but not too salty to be inedible. I loved my dinner! I was happy I made a healthy choice. I ate one kebob and half the rice and the rest is leftover for lunch.

Neither of us had much room for a big dessert, even splitting something. Instead we walked across the street and checked out the desserts at Whole Foods. They had so many things to choose from! It was hard to decide. 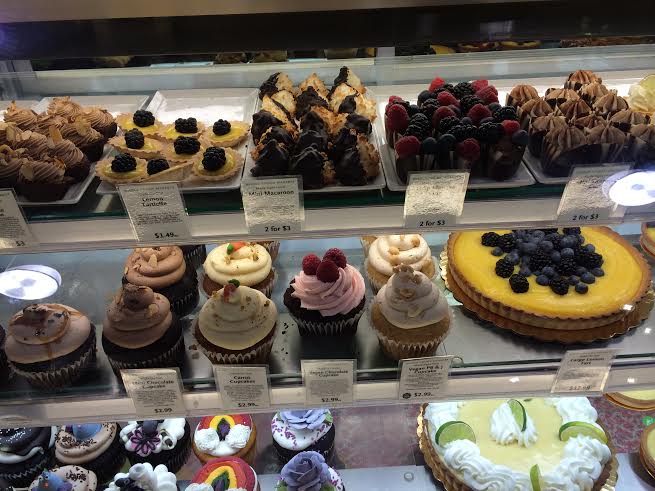 I think we made good choices. Instead of getting a big dessert (I was so tempted!) we got some tartlettes. They were bite size and totally delicious! We got two key lime tartlettes and two salted caramel tartlettes.

It was the perfect sized dessert! Had a great date night and I was happily surprised by our experience at Henry’s. We’ve been there many times before but it was a long time ago and not very memorable. It was much more memorable this time.

And just really quickly — some good news! Finally! After months of stressful crap going on, it seems as though many things are being resolved and happier times are just within our grasp. I got a new job! Almost, anyways! I recently had an interview for a position within my department for another job–similar to the one I was doing temporarily last year for 6 months. I got word that I passed the first round and now I’m in “background.” Which is weird because I already work here. LOL But whatever! I’m happy I got the job! I have no idea WHERE it will be or WHEN because this next process can take months. Time will tell.

Have a great weekend!