It’s Saturday afternoon as I write this. Just poured a glass of white wine after doing a bunch of chores. Listening to Kate Bush. Logan is watching Wreck It Ralph. Bella is snoring on the couch. Michael ran to the store. First the bad news.

Michael got laid off Friday morning. I guess in a way we should have seen it coming since he was a contractor and lots of people are being laid off, and lots of companies are freaking out right now. But it was still awful. We are crossing our fingers it’s temporary and he’ll be back with his same company/team when this is all over with. His team was unaware of the plan to lay him off. It sounded like an HR decision. It’s still devastating and upsetting and stressful.

Logan’s birthday party was supposed to be Saturday but we cancelled that, obviously, so we decided to go for a little drive Saturday and then hike and have a picnic as a distraction for everything and it helped.

We had breakfast and did a few things then packed the car and drove out toward the beach to LL Stub Stewart Park. It’s a great place, that we’ve gone a bunch of times for hikes and day trips.

I picked it because it was about an hour drive from our house. It got us out of our house, out of the neighborhood, and I figured that with the social distancing it would be an ok place to go to. The park is huge. And I assumed most people would go to local Portland places (like Forest Park) or out in the Gorge to go hiking. (I was sort of right.)

There was still a fair amount of people at Stub Stewart but everyone was doing a good job of distancing themselves from each other. Families stayed together and away from other people. We went for a hike in the forest and didn’t see any other hikers (but did see a few mountain bikers out there–like two pairs).We were there early enough to miss the crowd apparently. I was honestly surprised at how many people were there after we left…

It was so empty we even took Bella off leash! (And you know how I feel about off leash dogs!) She did great. We were out in the woods alone.

It was a little on the chilly side, since it was kind of towards the beach. But we warmed up with our hike. The park was free. The bathrooms were open and had soap and toilet paper and smelled like bleach, so they were cleaning. That was nice. I still used Clorox wipes after using the bathrooms.

It was really good to get out of house after working from home for 5 days, not going to the gym, not going swimming, not seeing friends or family, cancelling Logan’s birthday party, and Michael’s bad news. We all needed a reset. Fresh air, hiking, getting a change of scenery was good for our mental health!

Then we had a picnic lunch on a table in the parking lot. The picnic tables were all spaced out really far from each other, so that was good. There were more people at the park by this time and I saw a lot of people on the other trail (not the one we did), so it was kind of defeating the social distancing thing with that many people. SIGH. This was when we packed up quick and left.

It was a pretty good day, despite everything. I was glad we got out, I was glad there were no people near us. I was glad we weren’t potentially spreading anything or catching anything. We just got a hike in, cleared our heads, and went home.

We came home, unpacked, I took a long hot bath and read a book and made huli huli chicken and roasted vegetables for dinner. It’s a super stressful time and it’s hard not to resort to old patterns dealing with stress. But trying.

On Friday I took a vacation day at work and we played hooky! It was a planned hooky…It was our friend Shawna’s 40th Birthday and she planned a day of wine tasting to celebrate with friends and family. Her parents were visiting from California.

So I took Logan to daycare, went to the gym, and then Michael and I drove out to the Gorge to meet up with everyone! 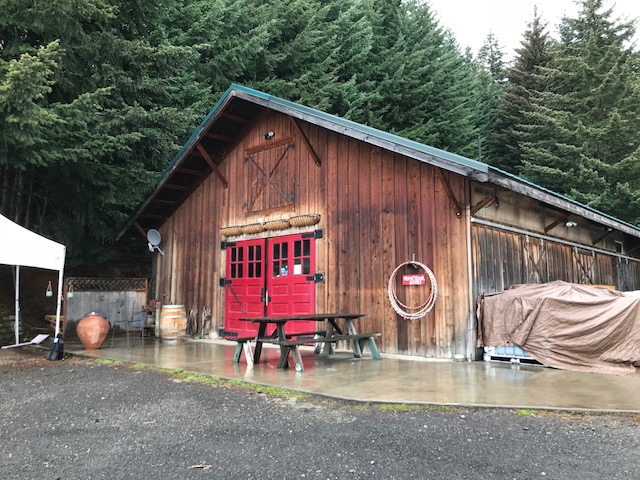 The first stop was at AniChe Cellars in Underwood, WA, just across the bridge from Hood River. Ironically, it was about a mile away from the little house we rented last 4th of July and we had no idea there was a cute winery nearby!

I really liked this winery. Shawna was a member so we all got complimentary tastings. Yay! And we got a tasting plate that paired with each wine tasting. It was different kinds of dried fruits, cheese and chocolate. 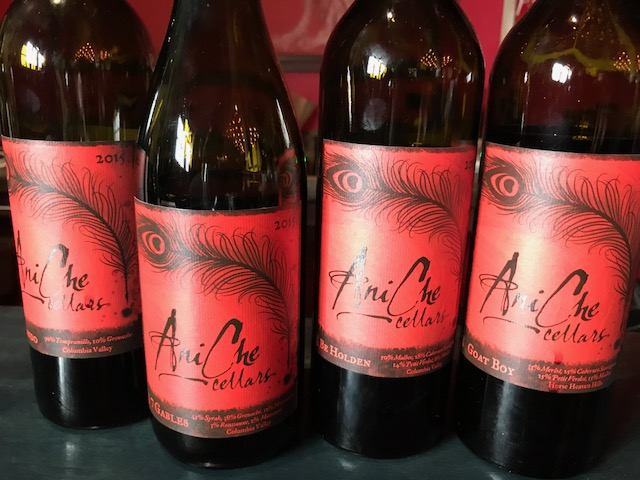 My cousin Anna, her husband, her sister Carrie and their parents came, too, plus some friends.

I ended up buying a bottle of the “Lizzy” (Southern Rhône styled blend of 62% Marsanne and 38% Roussanne). From their website: This dry wine elicits a more complex palate of chamomile, dried herbs, honeysuckle, beeswax and green tea. Enjoy with fresh fig, salty proscuitto, and baked chicken with Provencal herbs.

I liked how crisp and slightly sweet it was. 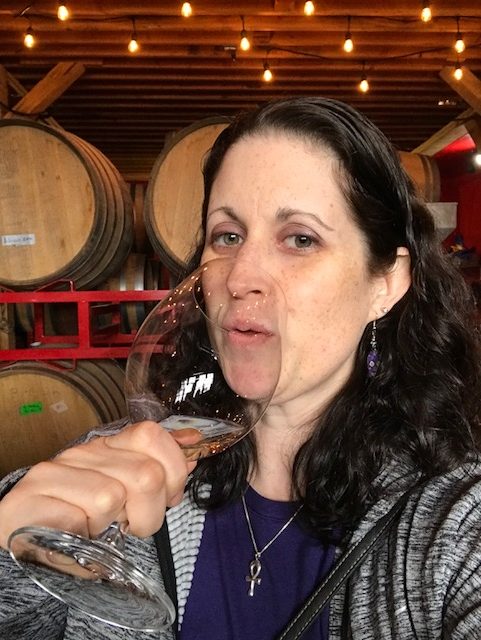 I also bought a bottle of “Be Holden” (a blend of Malbec, Cabernet Sauvignon, Petit Verdot, and Merlot, from the Horse Heaven Hills and Rattlesnake Hills).  Bold quince and blackberry followed by rich vanilla, tobacco and spice. YUM! 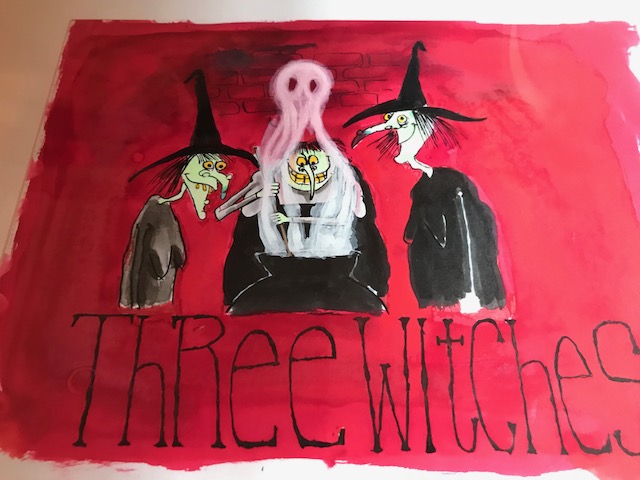 I loved that they named all their wines references literary greats. After the tasting we ended up buying a bottle of red and white to share with everyone outside. It was a drizzly, cold day in the Gorge but the firepit area was covered and the firepit was warm. So we all hung out and snacked on the pimento cheese, crackers and the sheeps cheese Michael and I brought. 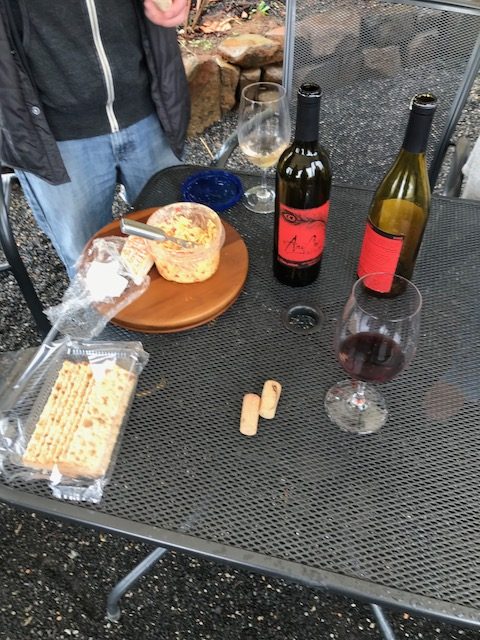 Then it was time to hit the next place. Michael and I made a pit stop at a random taco truck. He got a small burrito and I got a street taco. It was really good! We will definitely stop there again in the future.

The next stop was Syncline. We used to be members there but suspended it last fall. I hope to start up again in the future. It’s a great place for the summer. It definitely looked different in the winter! No hammocks, corn hole, bistro tables…but there was a great fire pit!

It was raining a bit. But somehow it wasn’t miserable. It was just fun hanging out by the fire, doing our tastings, chatting, celebrating Shawna. 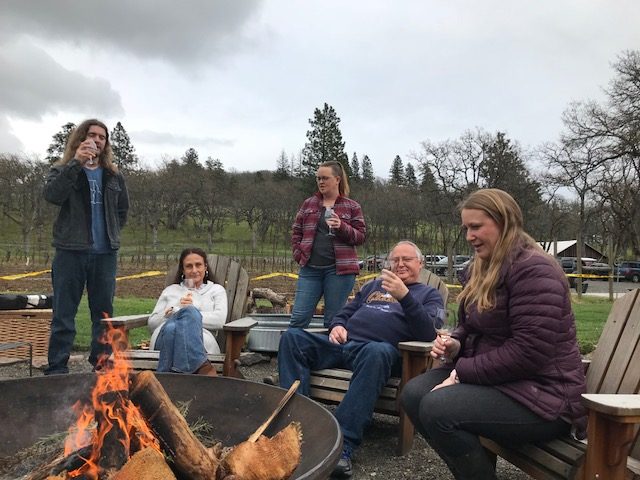 There weren’t a lot of people there, either, so it was quiet and peaceful.

Shawna brought a bunch of cheese, bread, crackers, fruit and Anna brought an amazing pasta salad. I did half a tasting but we were short on time and had to leave to get back to Portland in time to pick up the munchkin from daycare. Hugs and well wishes and then we went home. The rest of the group was going to head to another place and then out to dinner. 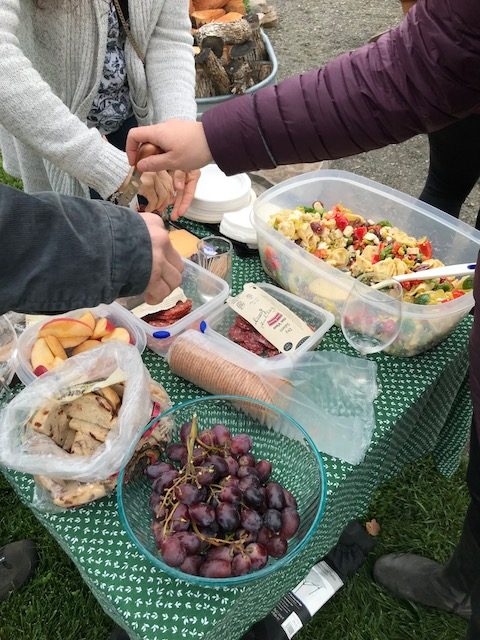 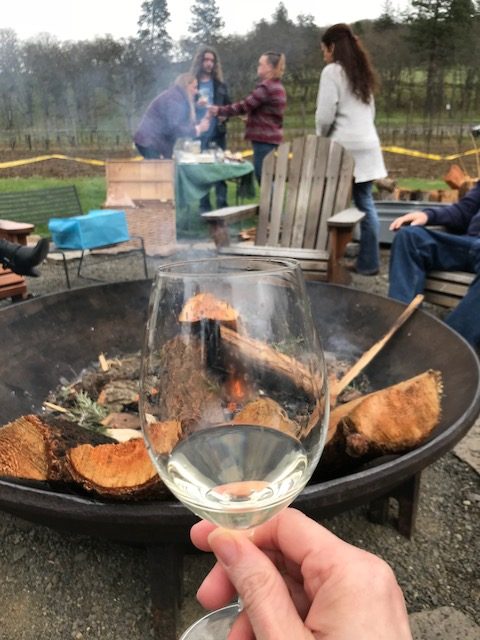 It was an excellent day. PLUS, Michael and I were kinda celebrating, too, because….HE GOT A JOB!!! As you can guess, we are SUPER excited and relieved. I might tell you guys in the future where, because it’s pretty awesome. 😉

It’s a contract-to-hire type of thing. So hopefully like at his last place, it was a 30 Day contract and then they hired him permanently. We’re crossing our fingers for this time.

We picked Logan up from daycare and the other big news: we converted his crib to a “big boy” bed by taking one side off. He’s been successfully climbing out his crib for a few weeks now. It was definitely time! 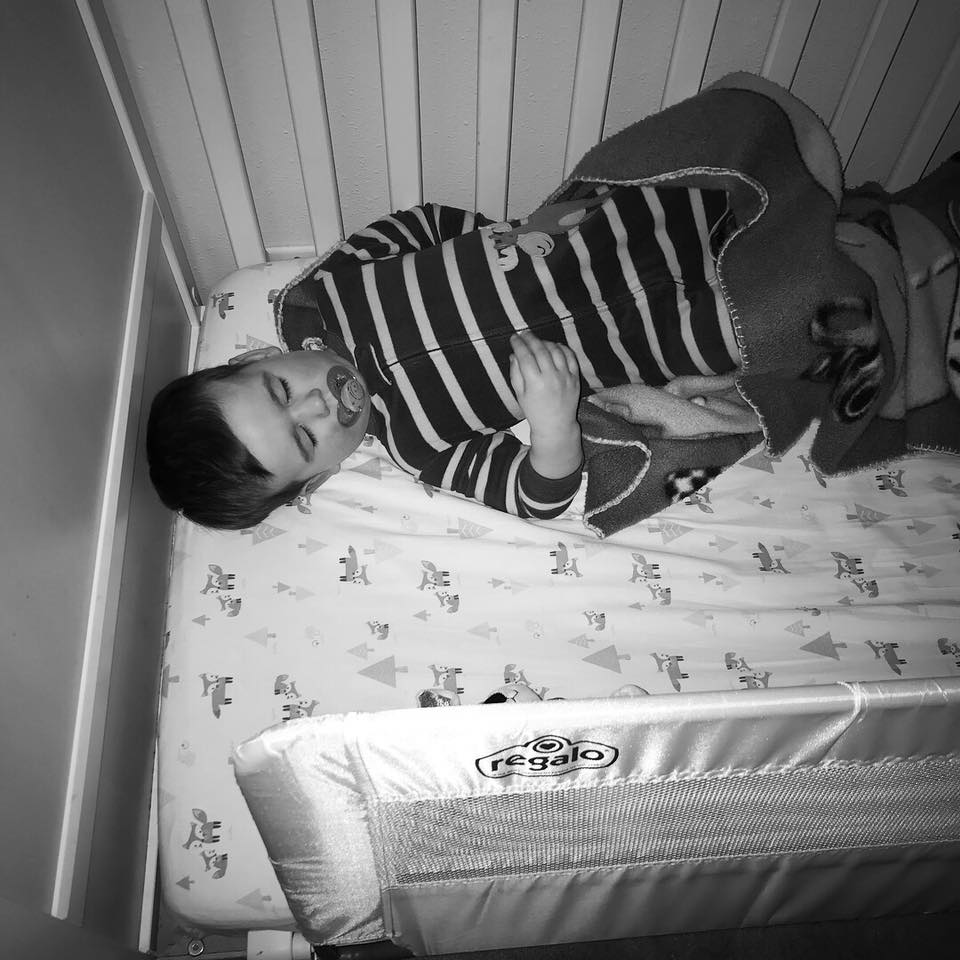 So that was our exciting weekend! How was yours?