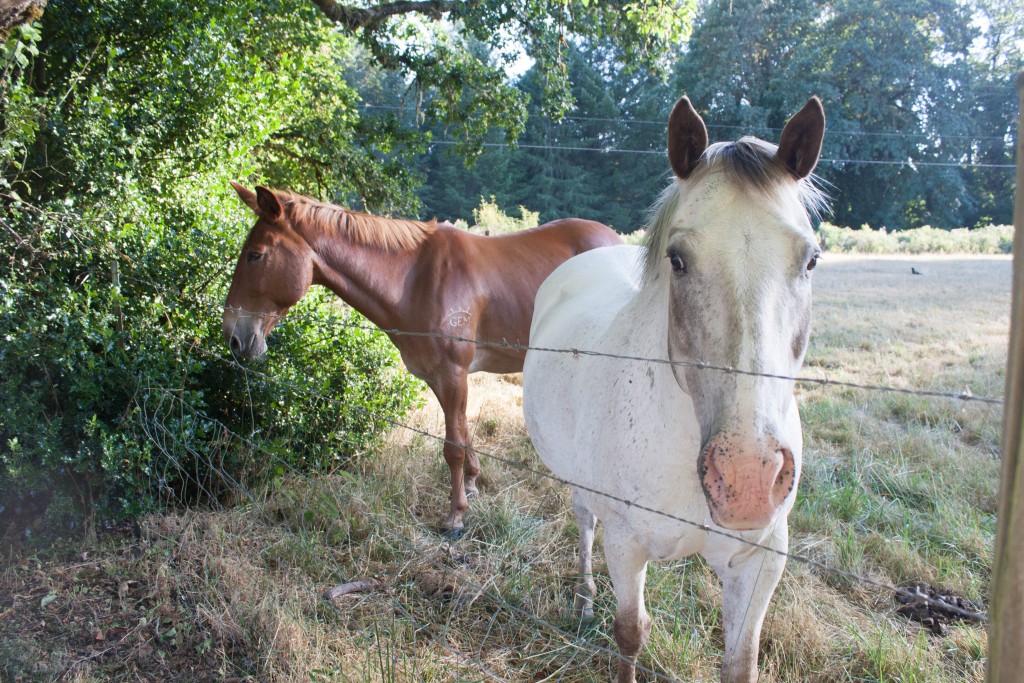 My weekend was spent with family and friends, good food and drink, and the calm and peaceful world of farm life. Look at those gorgeous horses!

It was my family reunion! It’s been happenin’ since 1981 on my aunt’s farm not far from Salem, Oregon. Out in the country. We packed up our camping gear (which sadly hasn’t been used for a few years) and dropped Bella off at the dog walker’s house for the weekend. Bella was having her own little weekend getaway with her boyfriend Raja! Check out this photo: 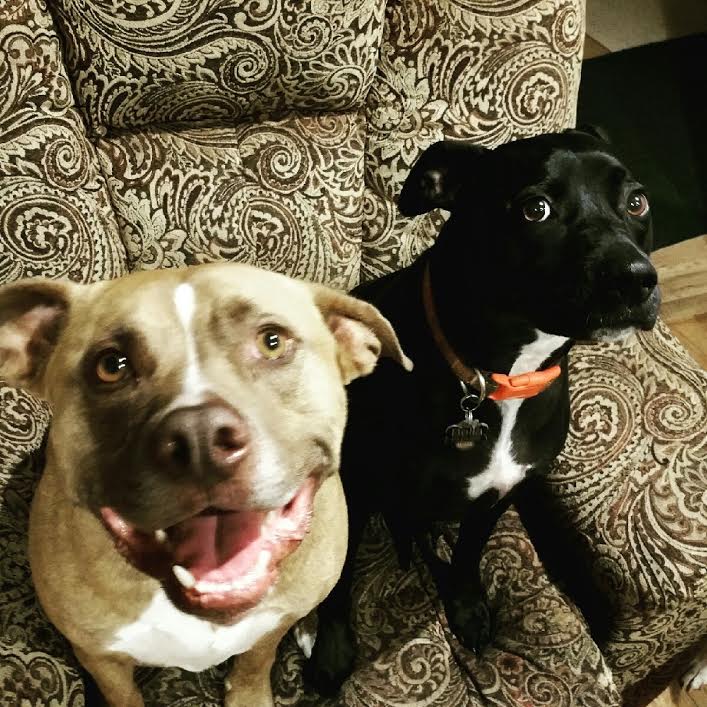 Amy said she caught them smoochin! So adorable. Raja looks pretty proud of himself and Bella looks a little guilty. 🙂

My aunt’s farm is huge and two families have been meeting there in July for the last 34 years for a weekend of festivities and catching up. Most of my happy childhood memories revolve around this weekend and this place. Running around unsupervised as a kid, swimming in the river, playing flashlight tag in the dark, trying to avoid your parents so they don’t make you go to bed when you just want to stay up and play! 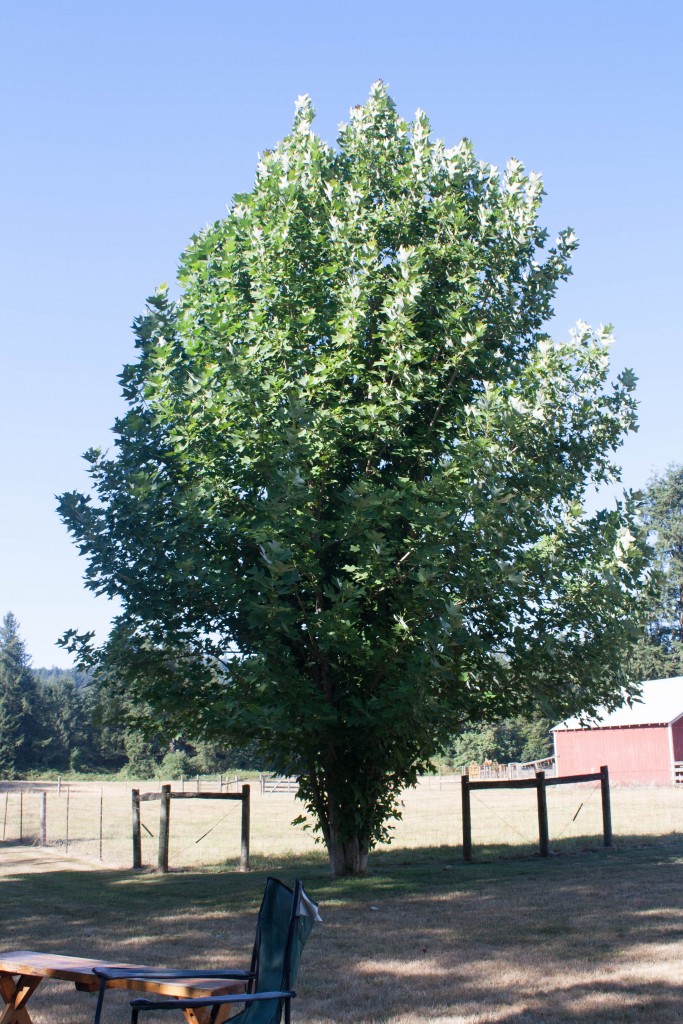 That tree was planted in 1997 in memory of my grandpa. It’s so huge now! My aunt’s house is an old farmhouse that they’ve been adding on to over the years. 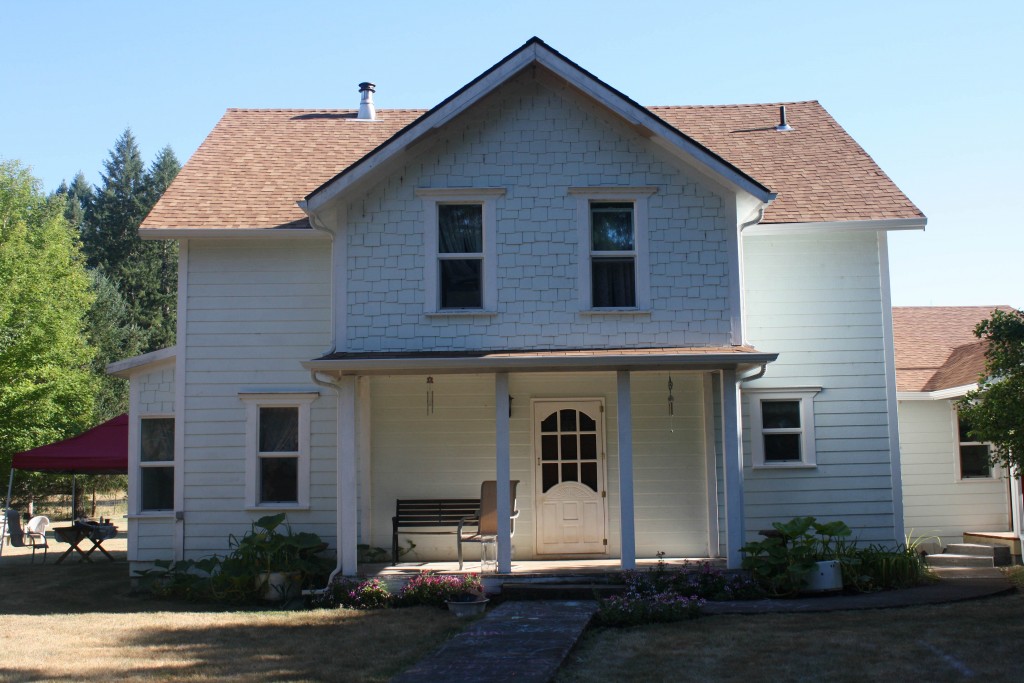 They recently added on a new section of the house (which is so weird to see) and they uncovered some old newspapers from behind the walls! This one is dated October 1899!!! How cool is that?! 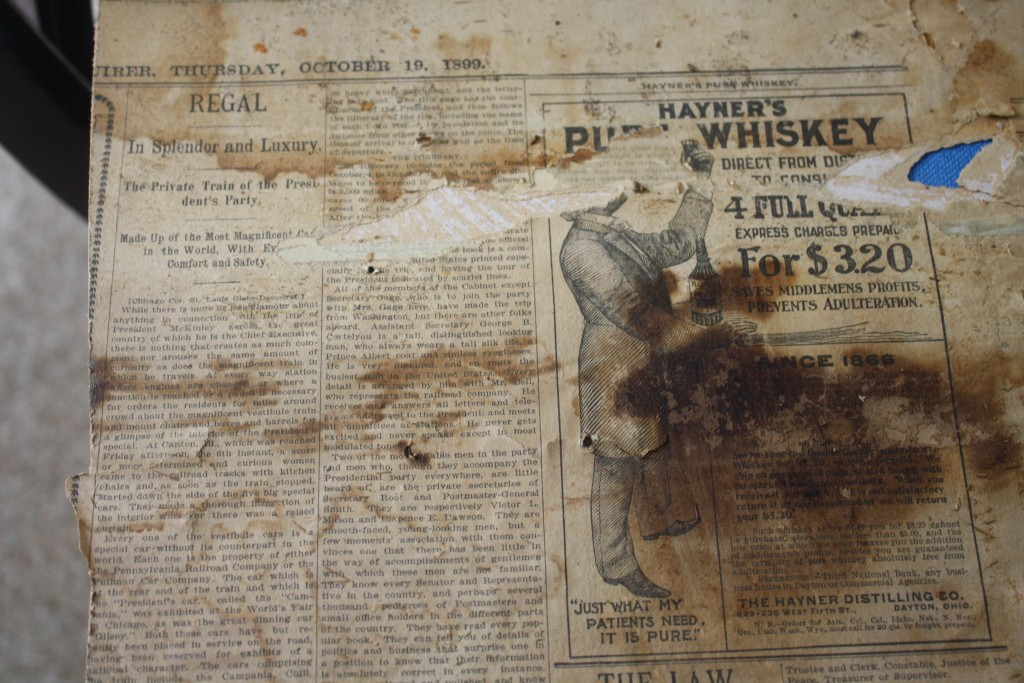 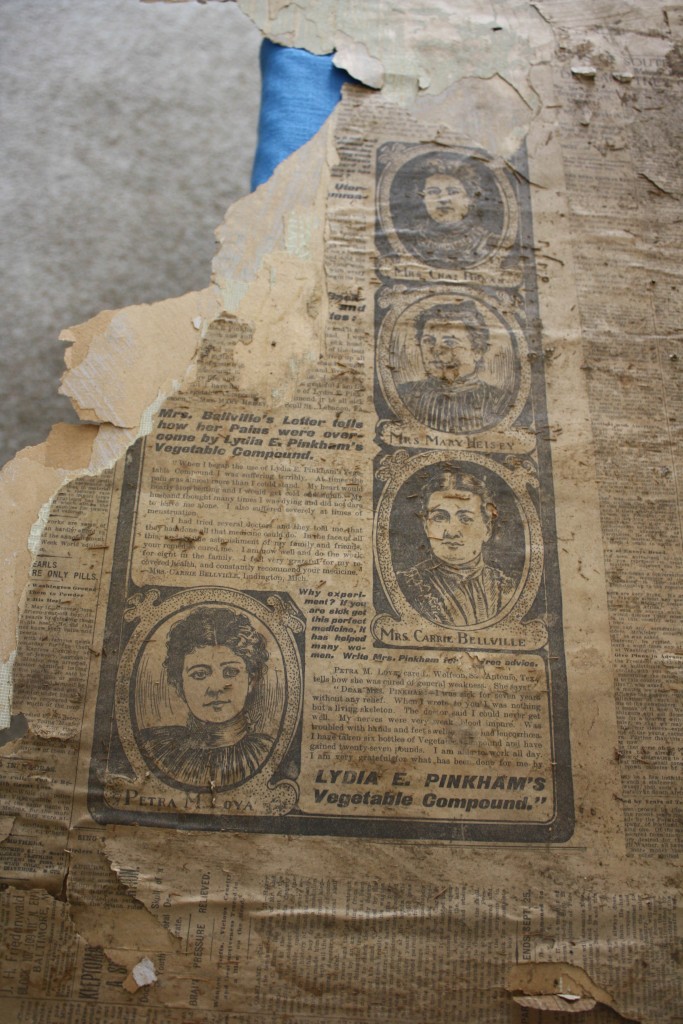 They also discovered an old letter that someone had written that had somehow fallen between a wall, too. Looks like it was written in 1912. 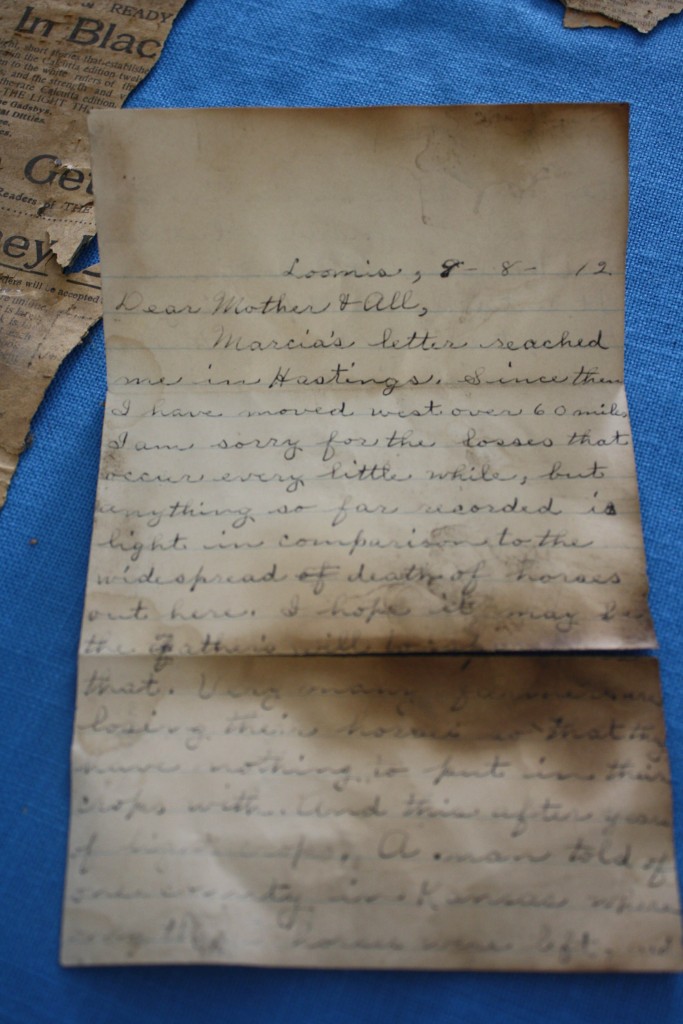 And here is the long shot of the newspapers: 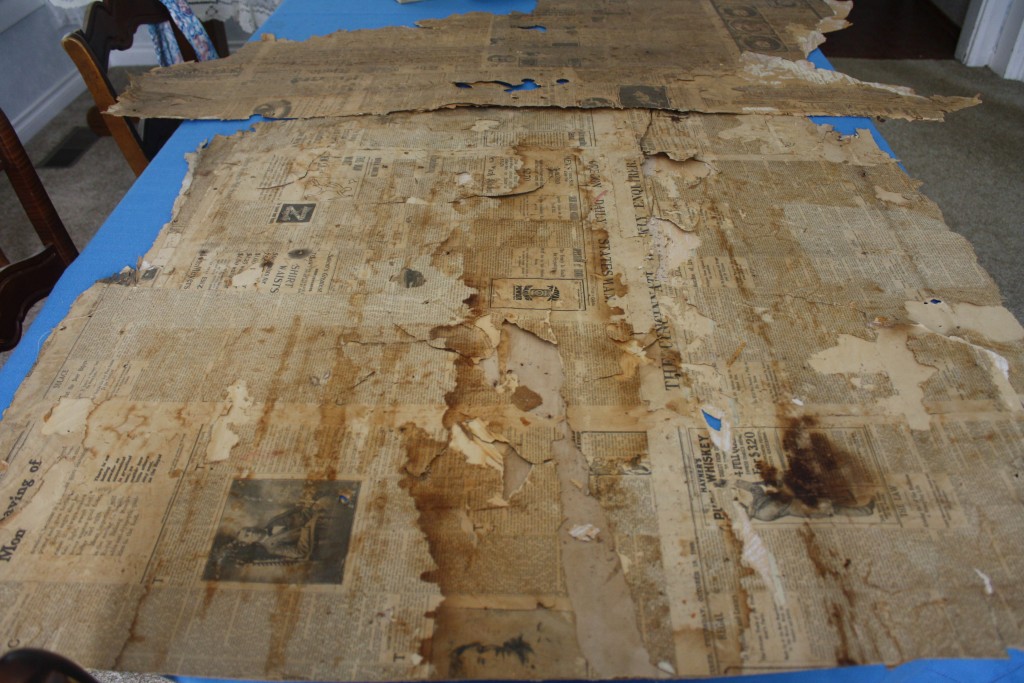 Here is the barn: 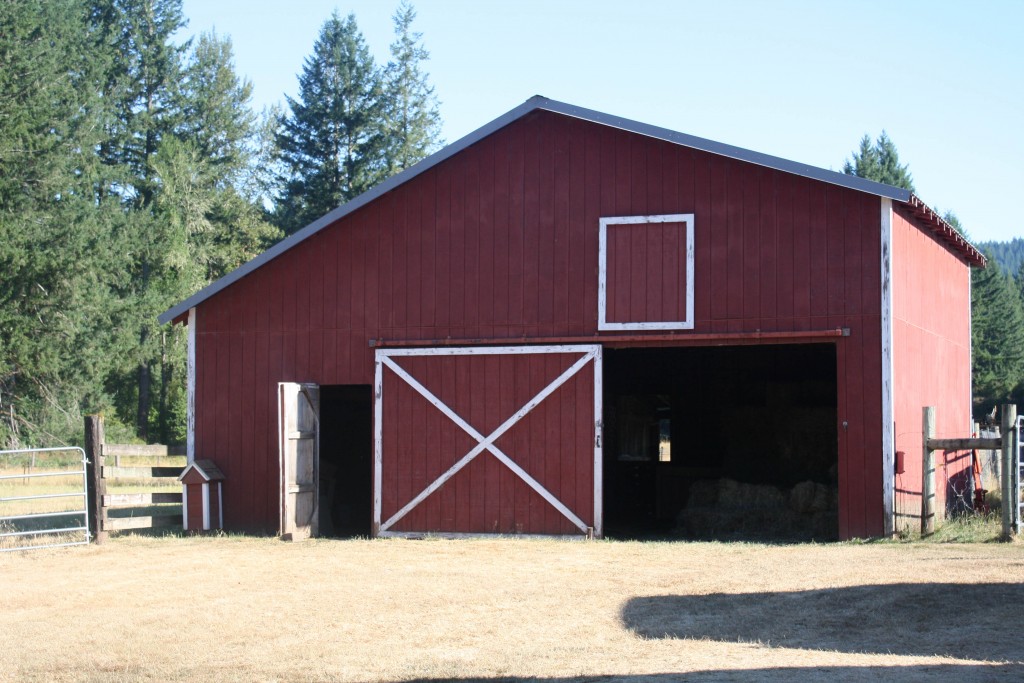 As kids we spent so much time in that barn! Jumping down from the loft into the soft hay. Playing games and hanging out. Aww so many memories!

Everyone camps in the hazelnut orchard. Over the years some people have graduated to RVs, but we’re all still camping together. It’s so much fun.

Friday afternoon Michael and I arrived and set up our tent next to family that flew up from Texas. The furthest anyone has ever traveled for the reunion is England. Most of the family is from Washington and Oregon, though, and a few from California.

Here is my cousin Adam with his new boot courtesy of Michael! 🙂 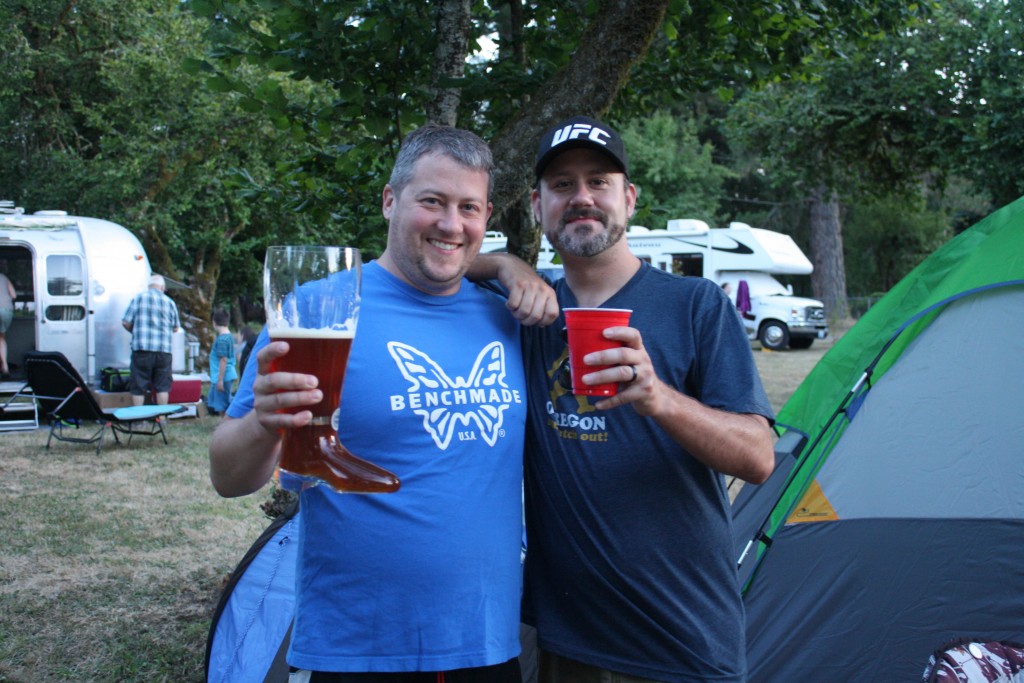 Friday night my aunt and uncle grilled up brats and burgers. There was potato salad and baked beans for dinner. It just felt so good to be with family and unplug for a weekend, hanging out in nature. Friday night we built a bonfire (very carefully because everything is so dry in Oregon this summer) and hung out drinking and chatting and making s’mores. 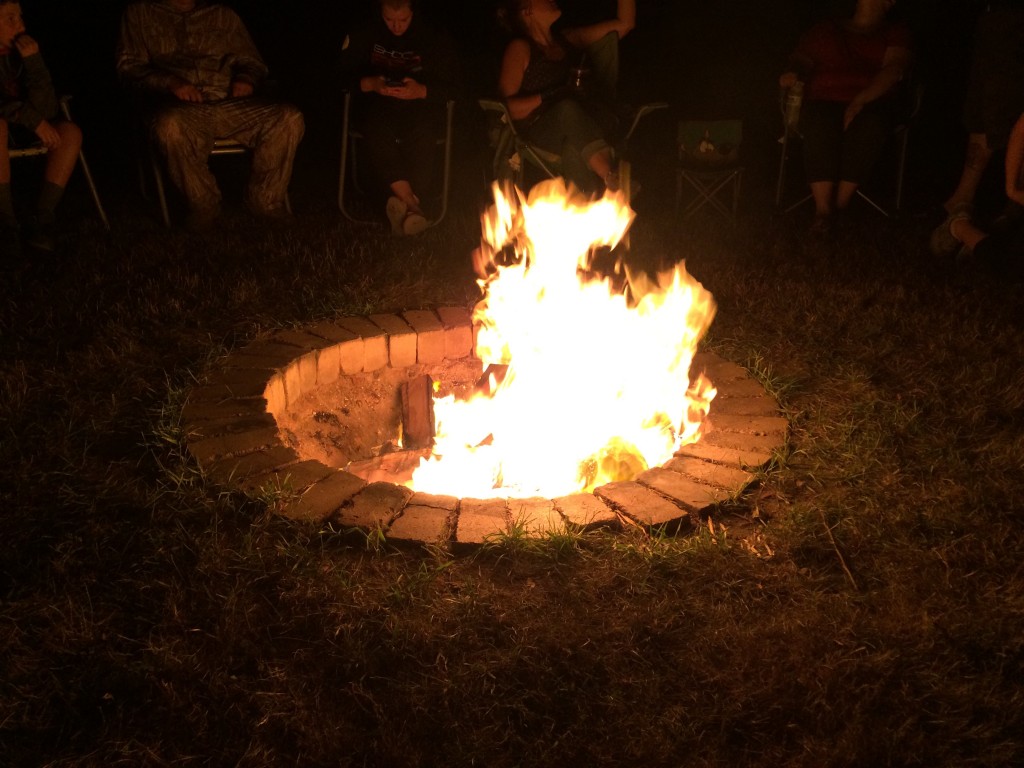 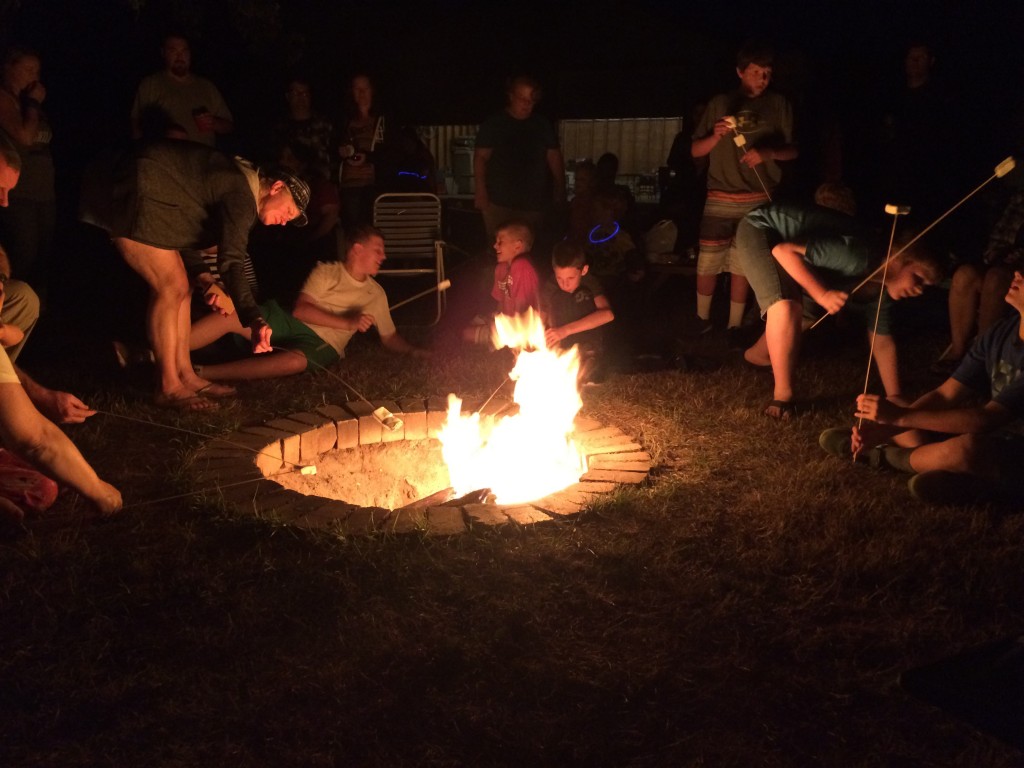 It’s so cool to watch the “next generation” experience the fun. It’s like I get to relive my own childhood watching them running around. I went to bed a little earlier than usual Friday night (11:30). I was really glad that Michael brought our solar-powered tiki torches from our backyard. He set them up around our tent and made it so much easier to find our tent in the dark! 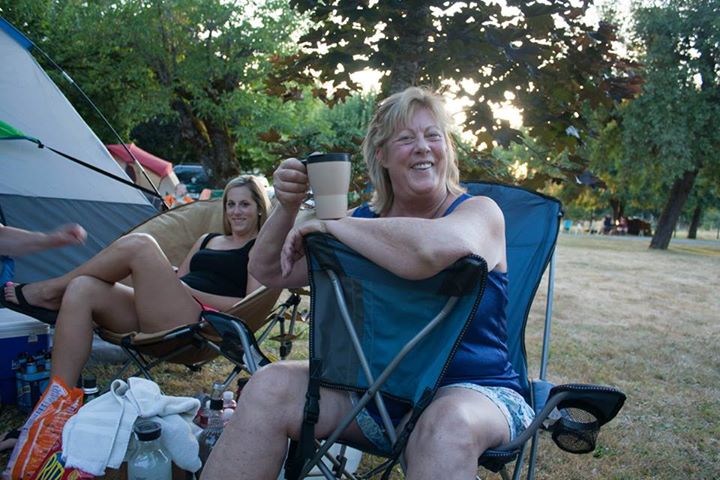 Saturday morning I woke up a bit early–that tends to happen when camping. I just wake up with the sun. I laced up my shoes and Michael and I went for a run. We’ve got a 5k coming up in a month and I wouldn’t say that I’m actually “ready” for it…the back injury set back my training a month. 🙁

It was early but already starting to get warm out. We ran down the country road and into the little town nearby and ran by the river. 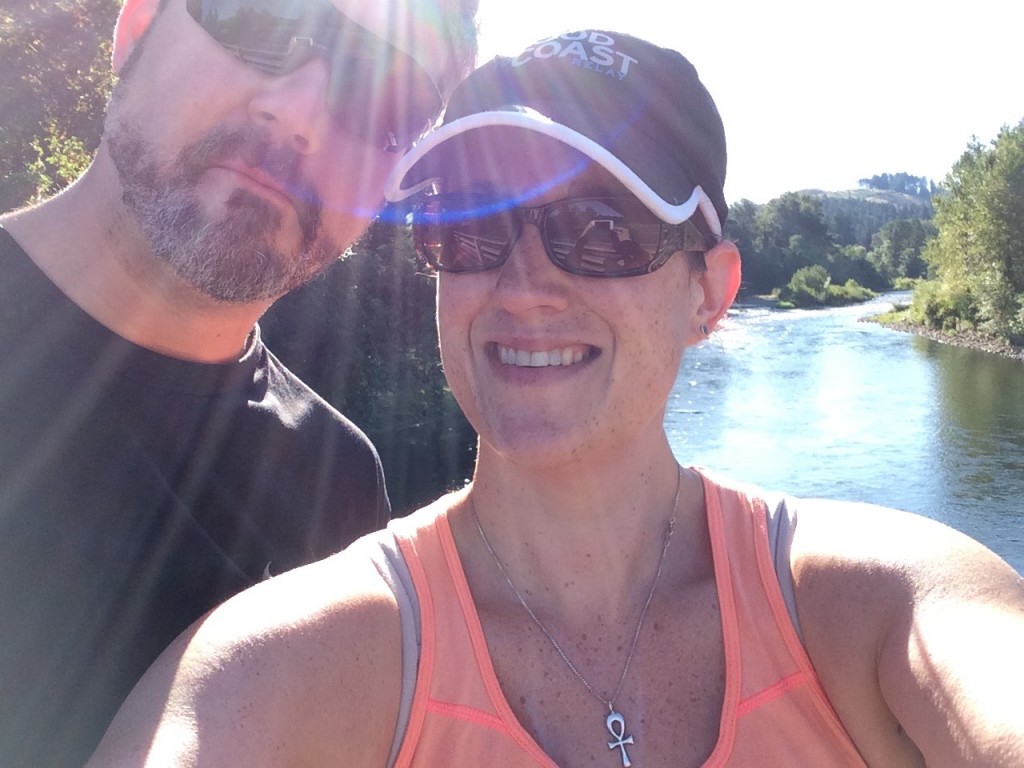 We did a little bit more walking than running, honestly. Run a little but, walk a lot, run a bit, walk. We made a loop and ran by some giant cows (longhorns) and then by this old country church: 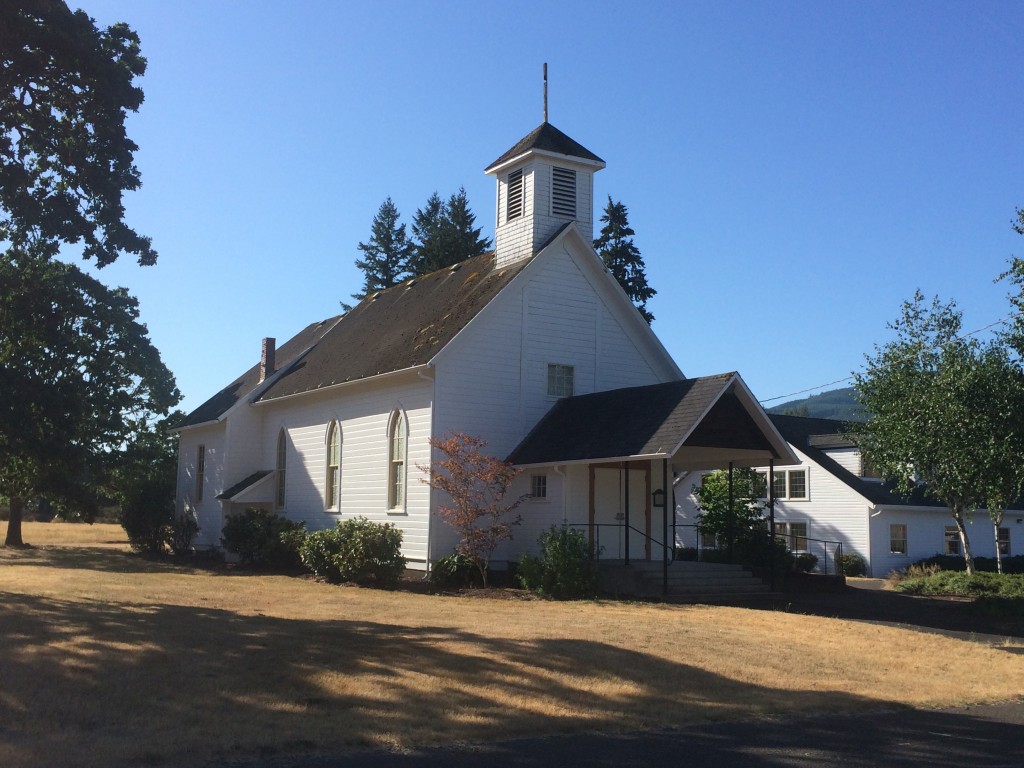 Then back to the house. It was a good little run and I was glad I got my butt up to do it while on vacation! Here are our stats: 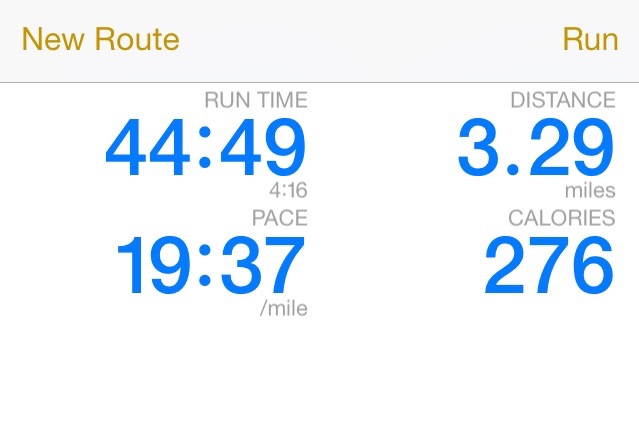 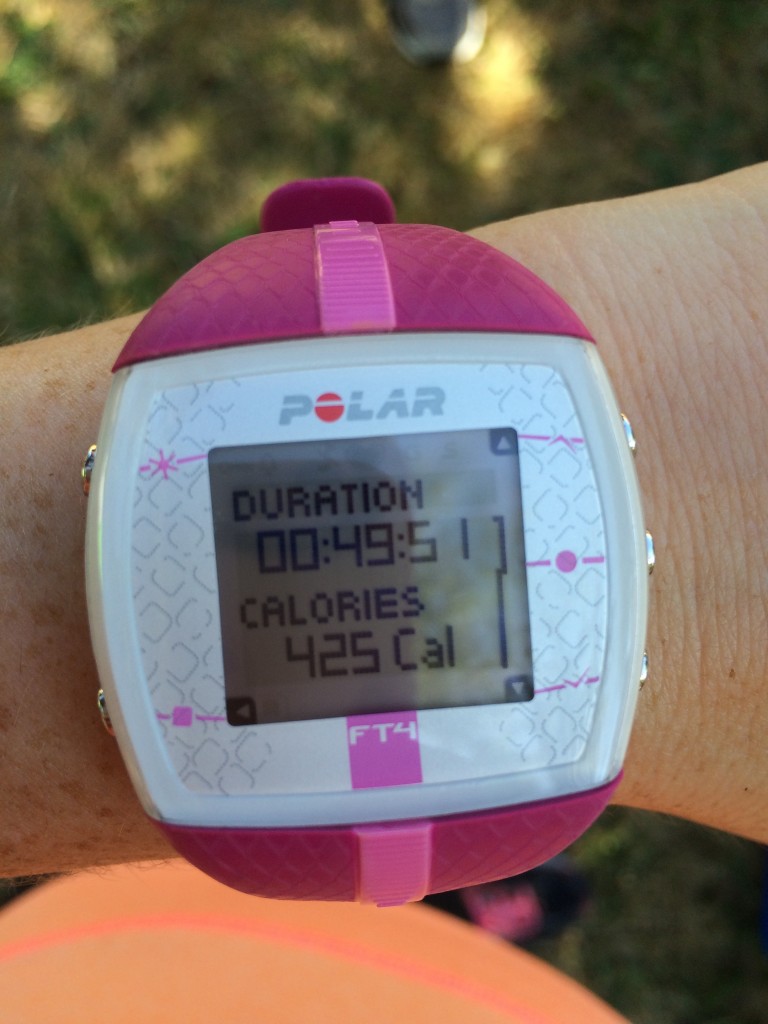 Not too shabby. There were muffins and pastries and coffee for breakfast. I had half a muffin and some fruit. I should have brought some more “real” food and was kicking myself all weekend for only bringing snacky stuff. Thankfully my cousin Kristin shared some of her stuff with me! I was dying. I had two mini bagels, one with cream cheese and one with hummus and cucumbers. Delish.

I was sweaty and gross and REALLY HOT. Saturday was going to be a really hot day. Me and a few of my cousins changed into our swimsuits and walked down to the river to go swimming. It felt so good to “wash” the sweat off. 🙂 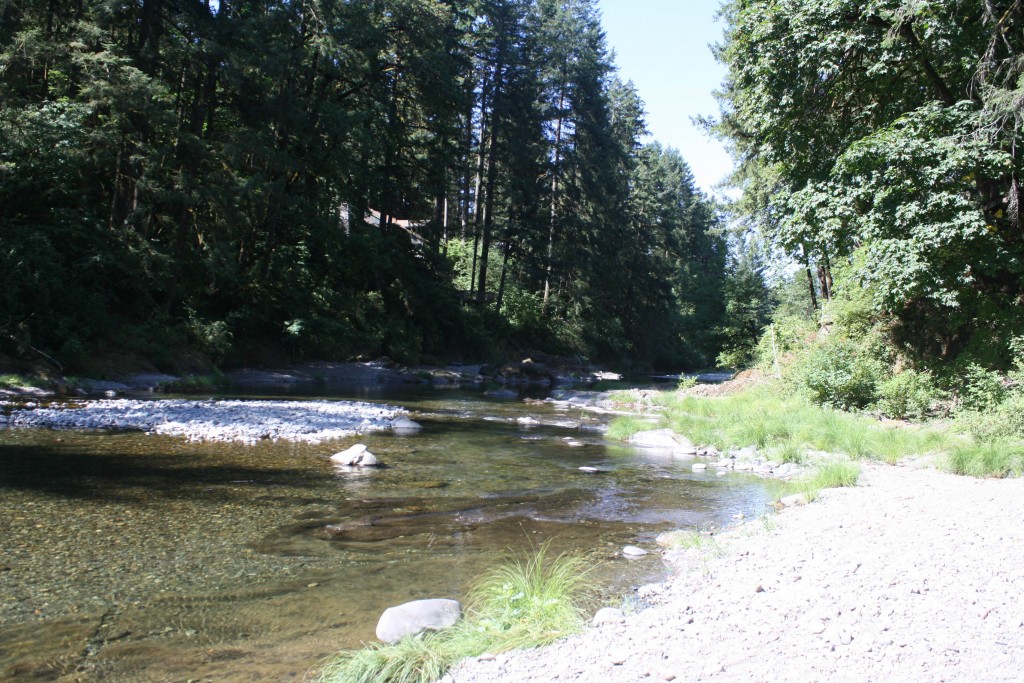 The bad news: our “usual” spot at the river is no longer accessible. The new owners didn’t want us cutting through their field to walk to the river where we’ve swam for 34 years. 🙁 It was such a bummer. But one of my aunt’s friends up the street offered their swimming hole which was so generous! It was an easier walk, too, on the road and not very far. Then just a few rickety, steep staircases down to the river and we were in the secluded spot!

The water felt fantastic. I love swimming. 🙂 We swam for about an hour and then walked back. Soon it was lunchtime and then the SCAVENGER HUNT!