How was everyone’s weekend? I don’t know about you, but the sunshine FINALLY visited Portland and it was absolutely gorgeous outside. I did my best to spend as much time soaking up the Vitamin D as possible. I hung out with a friend and we gave ourselves pedicures in the sunshine. I dug a big-ass hole in my yard (like 3 feet deep) and planted my very own cherry blossom tree (which is blooming). Boy, that yard work was a good workout. 40 minutes of digging a hole burned 250 calories.

For Michael’s 37th birthday he spent the day watching The Masters and I spent the day with friends in the park (more on that soon). But I did make him dinner. I found a new recipe to try for chicken that I thought he would like. Salt and Vinegar Chicken–sounds weird, right? My thinking was that Michael likes the salt and vinegar potato chips, and the recipe had great reviews, so…why not? 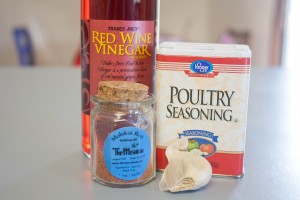 I’ll admit, I was a little nervous that I would just be pickling my chicken but I wanted to try. Pizza was going to be the back-up plan. 🙂 I also picked up Michael’s favorite dessert from Papa Haydn’s just in case too.

The stats on this recipe are pretty accurate–it barely took 15 minutes to throw this all together to marinade. Super easy. I was skeptical each step of the way–really? That much vegetable oil? Huh. Okay. Really? That much salt? Okay… 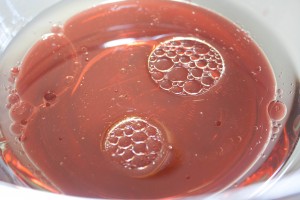 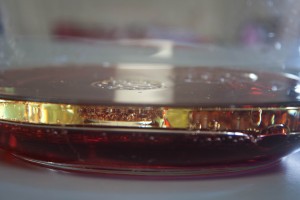 I used red wine vinegar and not cider vinegar. The oil and vinegar separated, which looked really cool in the bowl. But once I mixed in the rest of the ingredients it was okay. It looked like a raspberry vinaigrette dressing. I put the chicken in the bowl and let it marinade for a few hours. 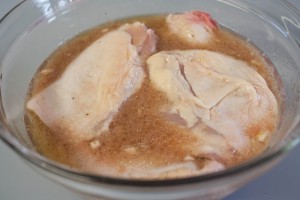 While dinner was marinading I prepped everything else. I got the broccoli ready to steam and the baby red potatoes for roasting. I kind of made up my own recipe for the potatoes. Here it is:

The food smelled fantastic and my hopes were high. While dinner was cooking, Michael opened his cards and presents and Fat Kitty played with all the wrapping paper, ribbons and bows. Dinner all came together nicely and at the same time, added bonus. I poured us glasses of wine, Francis Coppola Chardonnay. It was a different flavor than I’m used to in a chardonnay but it was good. 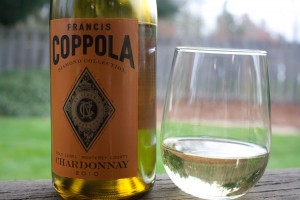 Dinner was a complete success. Everything was delicious! How was the chicken? Fantastic. There was just a hint of the red wine vinegar and salt flavor and it wasn’t overpowering at all. The only disappointing part was that the chicken skin did not get crispy. I think next time it would be best to cook the chicken in the skillet, at least long enough to crisp it, and then bake it. 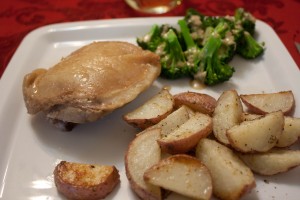 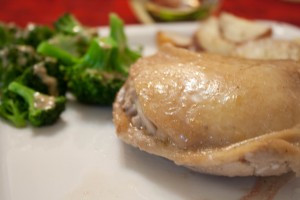 The most important part: Michael loved it. I was glad that everything turned out well since it was his birthday dinner and it was a new recipe with potential disaster written all over it. The potatoes were a huge hit as well. He LOVED them! It’s been ages since either of us ate potatoes with dinner (minus the mashed potatoes we had at his mom’s house) and we just rarely eat potatoes anymore so it was a nice treat. 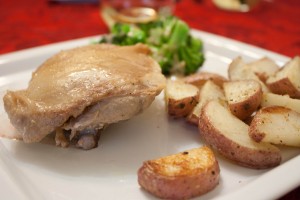 And for dessert: a Bourbon Ball! It is the most decadent dessert I’ve ever had. It’s a dense chocolate cake in a ball, with a dark chocolate genache exterior. The menu at Papa Haydn’s says the chocolate ball was soaked in Jim Beam Kentucky Bourbon but I don’t taste any alcohol in this dessert, I just taste decadent chocolate! 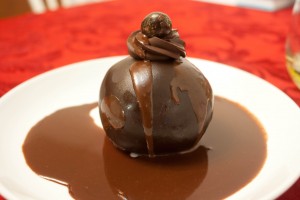 On top of the ball is a little bit of frosting and a chocolate covered espresso bean (which I eat). We shared the Bourbon Ball because it is way too rich for anyone to eat on their own. It was a good night and I was glad that my special guy’s birthday meal was delicious. We both agreed that the chicken recipe is a keeper. 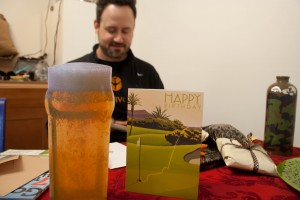 QUESTION: Quick! Name your most favorite decadent dessert that must be shared because it’s too rich to eat all of.

Some dinners are great. Sometimes recipes really stand out and make me feel like I can actually cook! Recently I made some pretty delicious dinners that turned out well. The first one is a recipe repeat. I’ve made it before.  I made the Garlic and Soy Chicken Thighs for dinner with some brown rice and steamed veggies. The dinner was delicious and filling. 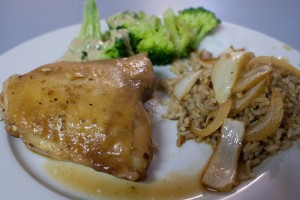 I really like that recipe a lot. It’s super easy to make. I would not recommend eating it the night before a weigh-in though, considering the sodium in soy sauce!

The next week we made another simple chicken dish with a side of steamed cauliflower. 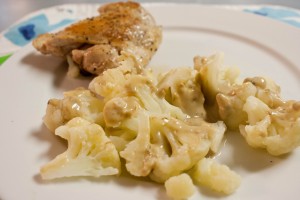 This dinner was another success: easy, delicious, filling. I also indulged in some freshly baked kalamata olive loaf dipped in olive oil, balsamic and freshly minced garlic (YUM!). I’d been craving bread dipped in something and finally gave in to the craving. 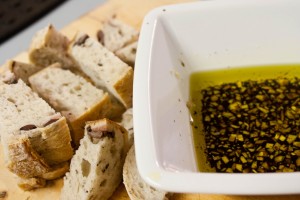 Some dinners are just catastrophic. Michael and I recently made dinner together. He blackened the salmon–which turned out delicious. I made quinoa, also turned out well. I also tried to steam some veggies. I was totally not paying attention, or something, and forgot to add water into the bottom part of the pot to steam the veggies. 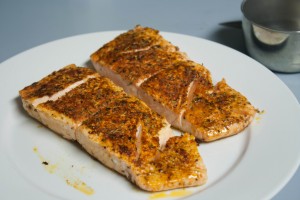 I put the pot combo on the burner and was waiting, waiting, waiting…the veggies were still hard as a rock when I stabbed them with my fork. What the hell? And what the hell is that smell?? It smelled like a combination of scorching pots and rotting veggies. It was vile. “Did you put enough water in the pot?” Michael finally asked me. My shoulders sagged. “F**K!” I realized I didn’t put ANY water in the pot. 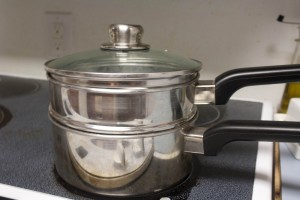 I put some water in and tried again but it was too late. The veggies were black and scorched. Into the compost they went. So dinner that night? It was blackened salmon that had cooled by the time we sat down, quinoa and a salad. 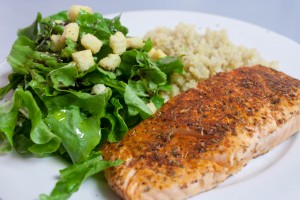 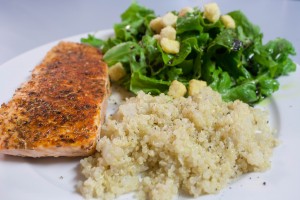 Anyone want crackers and peanut butter for dinner? 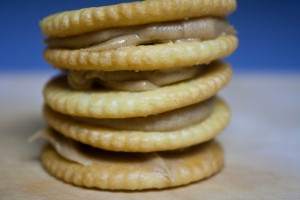 They can’t all be winners. Sheesh.

QUESTION: What’s a dinner catastrophe and a dinner success you’ve had recently?