I took a break from weight lifting for awhile. Part of it was when I hurt my back at the beginning of August. Part of it was just not feeling motivated to do it (first trimester fatigue) and all I could drag my tired butt to do was the elliptical and swimming. Then we got busy with houseguests, I ran a 5k and we went on vacation for our anniversary where we just hiked.

So recently I got back to lifting weights and was feeling a renewed sense of interest and desire and energy to do it. I was SO sore after those first few times lifting. I’m glad to be back at it but yeah, sore! Since I was still a little sore, I took it a little easy on this session. I did bicep curls, overhead tricep extensions, one-leg Romanian Deadlift, my ab workout (including planks and my PT exercises for my back), a seated row and then finished up with 3 miles on the elliptical. 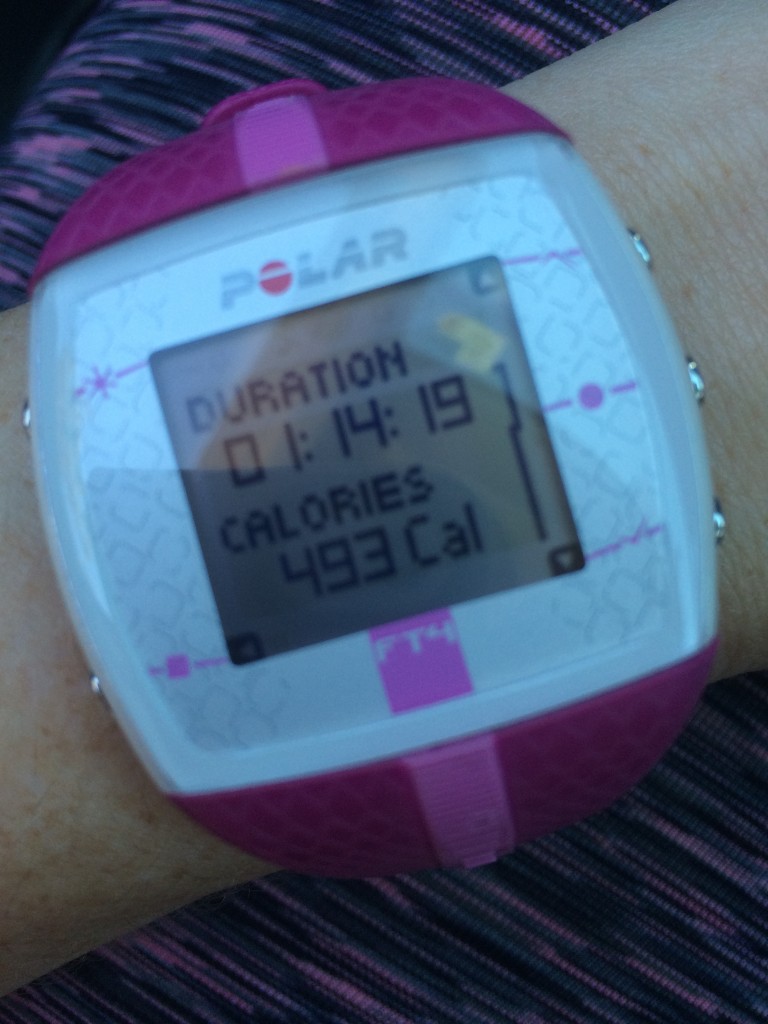 My energy level was great during the whole workout. A LOT better than it had been recently. A little bit later Michael and I met my friend Sam and her boyfriend for a lunch date. When Sam and I made the plans I’d been craving Hawaiian (but hadn’t said anything to her about it yet) and she suggested Ohana. Apparently my friend is psychic!

Ohana was a cute place. The service was great and the food was decent. It definitely wasn’t as good as the food we had in Hawaii but it was tasty. Michael got the spam musubi appetizer. It was something he was looking forward to when we made the plans. The spam musubi we had in Maui was a risky choice–neither of us had ever had spam and it sounded kind of….gross….but it was AMAZING. We were both hoping to relive that. Here was the Portland spam musubi: 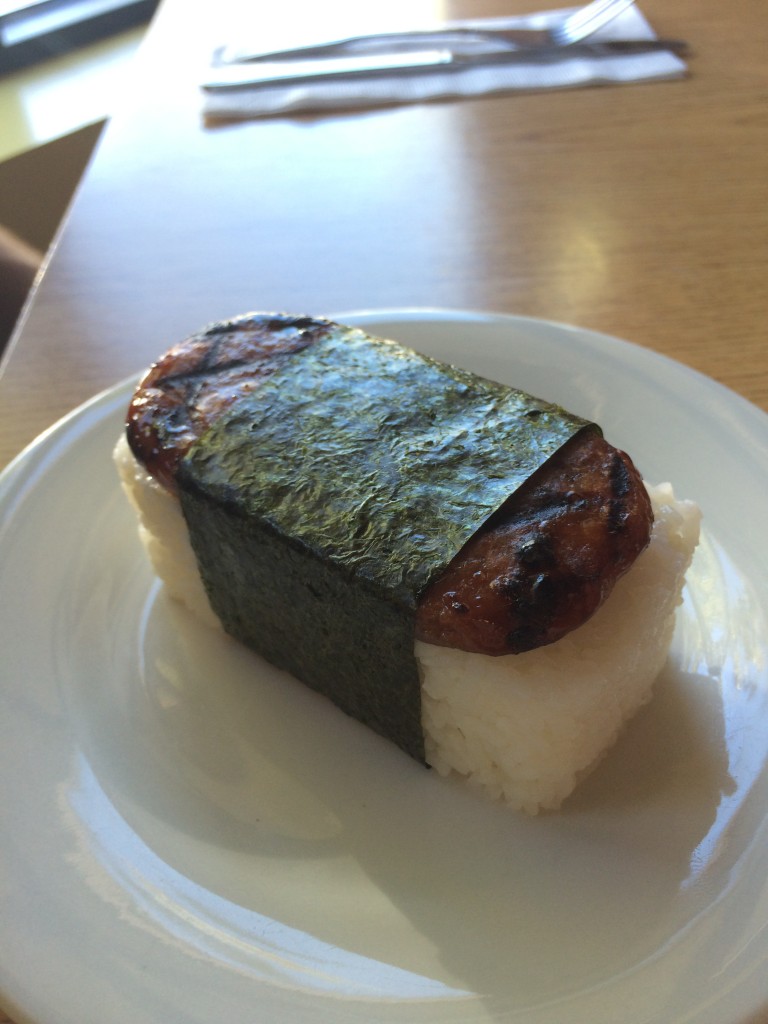 It was a little different than what we got on Maui, where it was small–like a sushi roll–that was deep fried and did I mention it was amazing?? This version was pretty good. I had a few bites. The flavor was fantastic. I wish it had been smaller, bite-sized pieces, but overall it was good.

For lunch Michael got a place of short ribs and chicken with rice and macaroni salad. I got the kahlua pig–of course! What I had been craving. It also came with rice and macaroni salad. The kahlua was tender and moist and really good, but on the salty side. Overall the meal was really good and I’d go back and try other things. I had a bite of the short ribs, which were great so I think I’d get that next time. 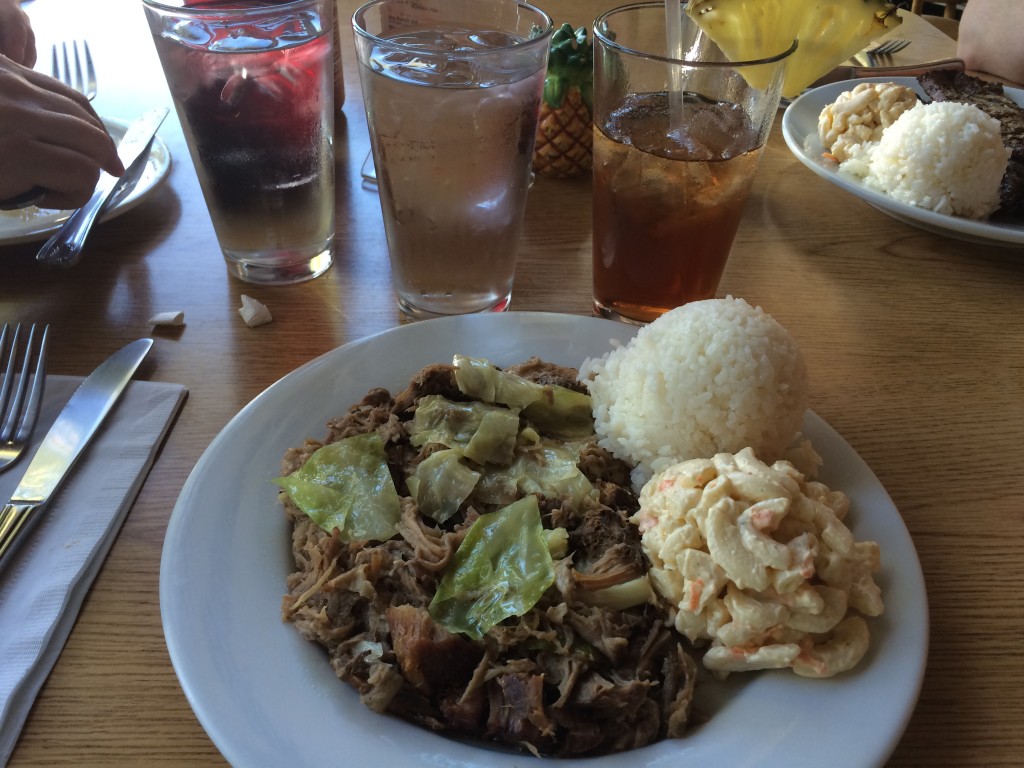 I had a glass of iced tea sweetened with real lilikoi pulp with lunch. It was too sweet for my liking (I like plain iced tea instead of sweet) but it was kind of a nice treat. I also got a slice of the purple sweet potato and coconut custard pie to go for later. I just couldn’t resist!

Lunch was really filling and a lot of food so dinner was very light (it might have been popcorn and lemonade while we watched a movie). And then of course the pie for dessert. 🙂 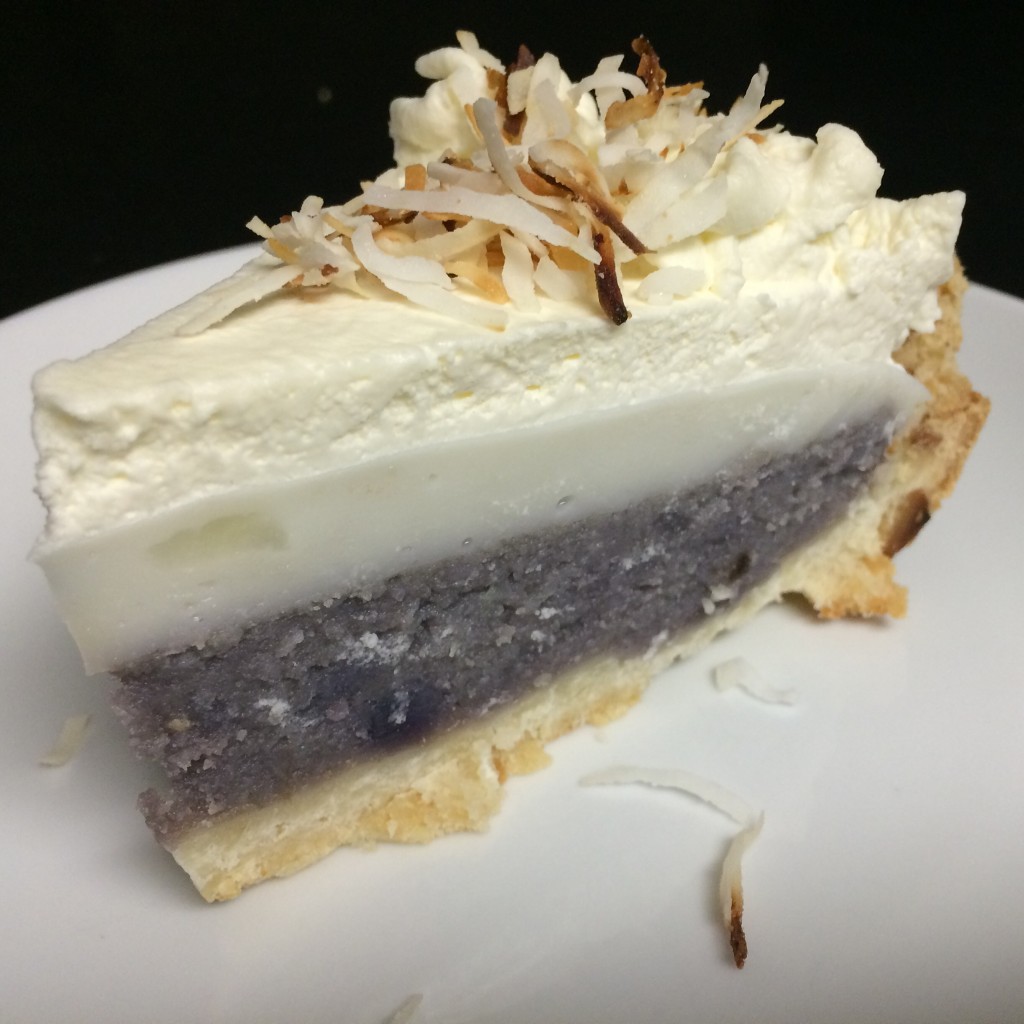 The pie was very mild and didn’t have an particular overpowering flavor. The sweet potato was mild, the coconut was mild. It wasn’t overly sweet . It had toasted coconut on top (yum) and the crust of the pie was fantastic!

Woke up SORE. I’m surprised at how sore my lower body was considering the only lower body activity I did was the one-leg Romanian deadlifts. And I used two 10 pound weights and did 3 sets of 10. It’s not like I did something strenuous but damn I was sore. 🙁 I’m guessing this is a pregnancy side-effect. Extra extra sore everything.

Since it was a nice day and I was kind of feeling too sore to go to the gym, we asked Bella if she wanted to go for a hike. 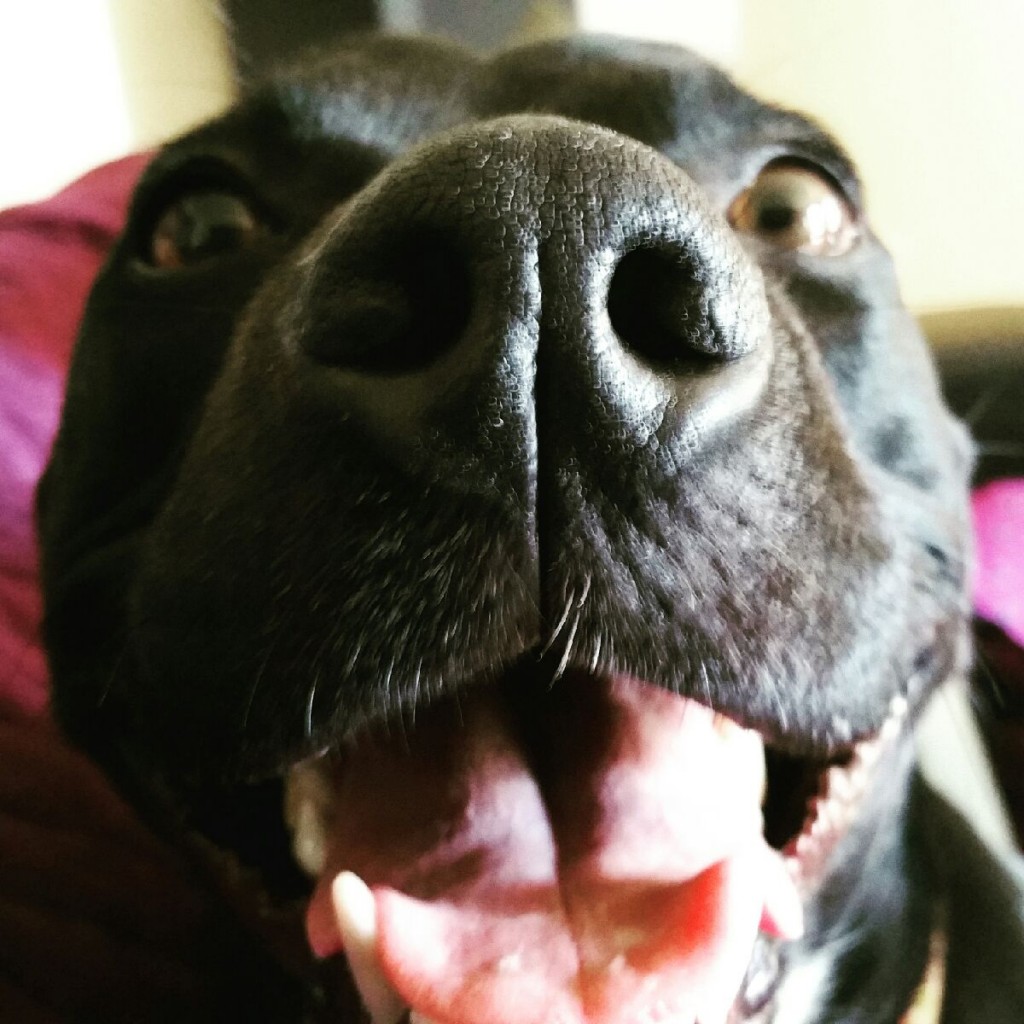 I think she was stoked! We did the Pittock Mansion Hike that starts at the Lower Macleay Park. I’ve never done it before, but I’ve seen parts of it that connect all over Washington Park. 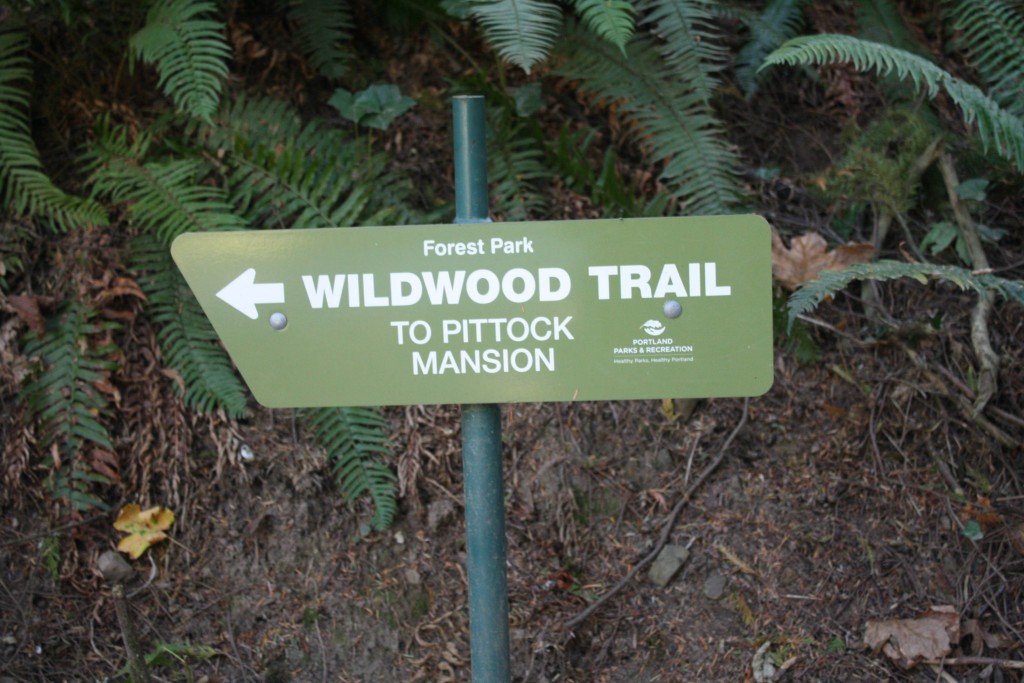 I think we picked up the trail in the middle of it. That happens a lot with the Forest Park trails–especially Wildwood trail (which is huge and connects all the trails in the park) because we definitely missed the Stone House (bummer) and it wasn’t 5 miles roundtrip. Where we started the trail was pretty steep and went up immediately and steady the whole way. 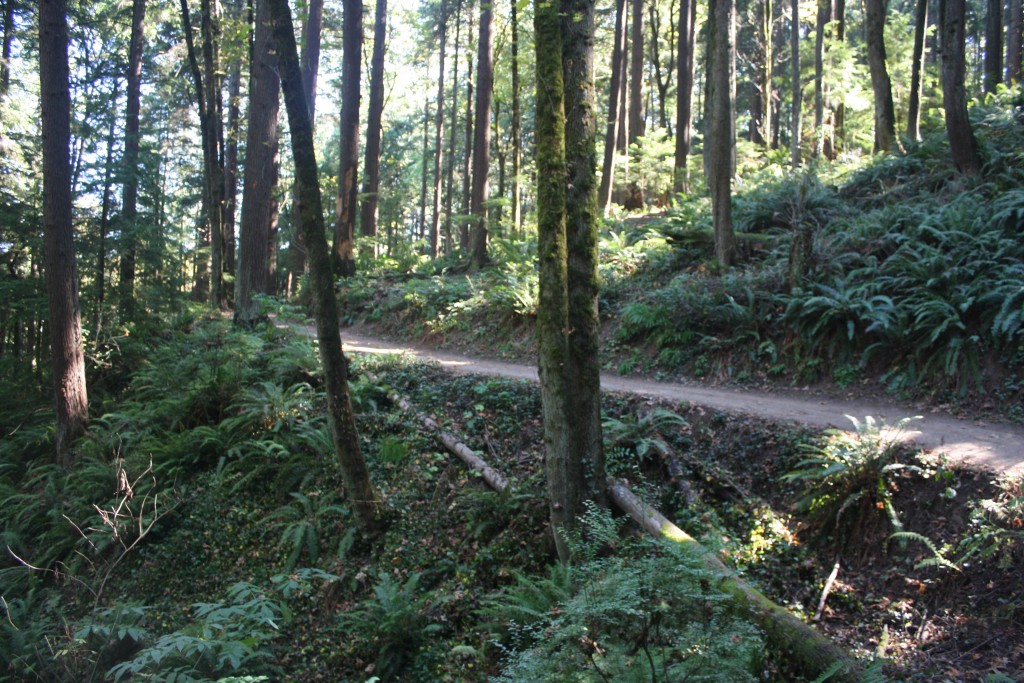 This is a very popular trail and it’s also a popular spot for trail runners. We saw a bunch of trail runners and lots of hikers. Bella did so good on the trail! Not a single bark at any people or other dogs! We hiked for about 40 minutes I think and then we were at the top! Pittock Mansion: 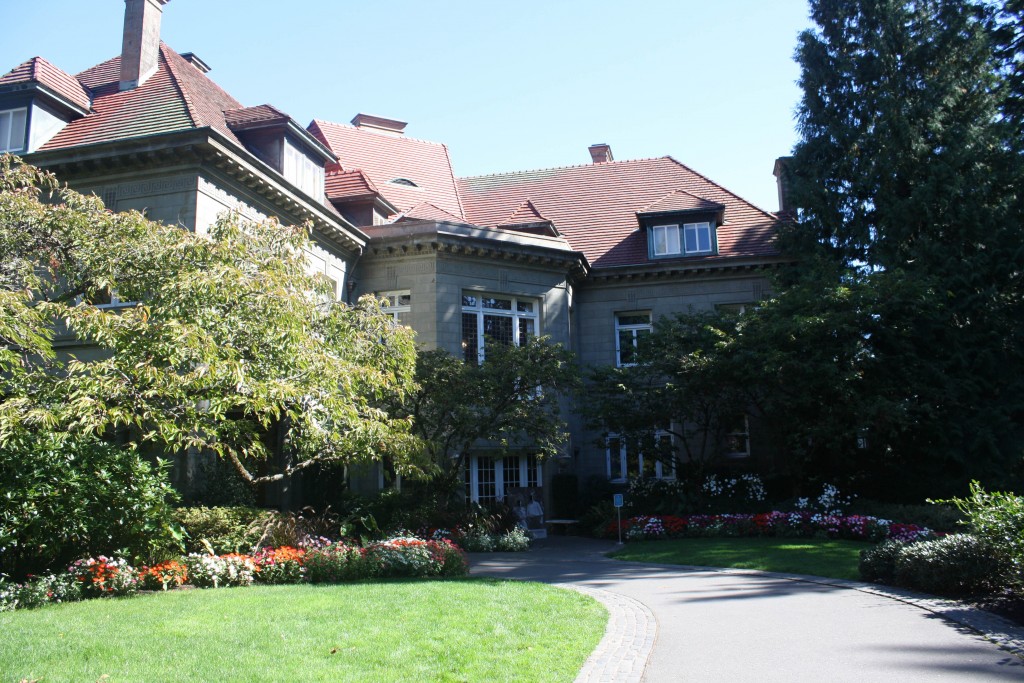 It was a popular place on a sunny Sunday. We walked around to the back and found a bench to sit on where we could eat our lunch in the sunshine. It was a gorgeous view. 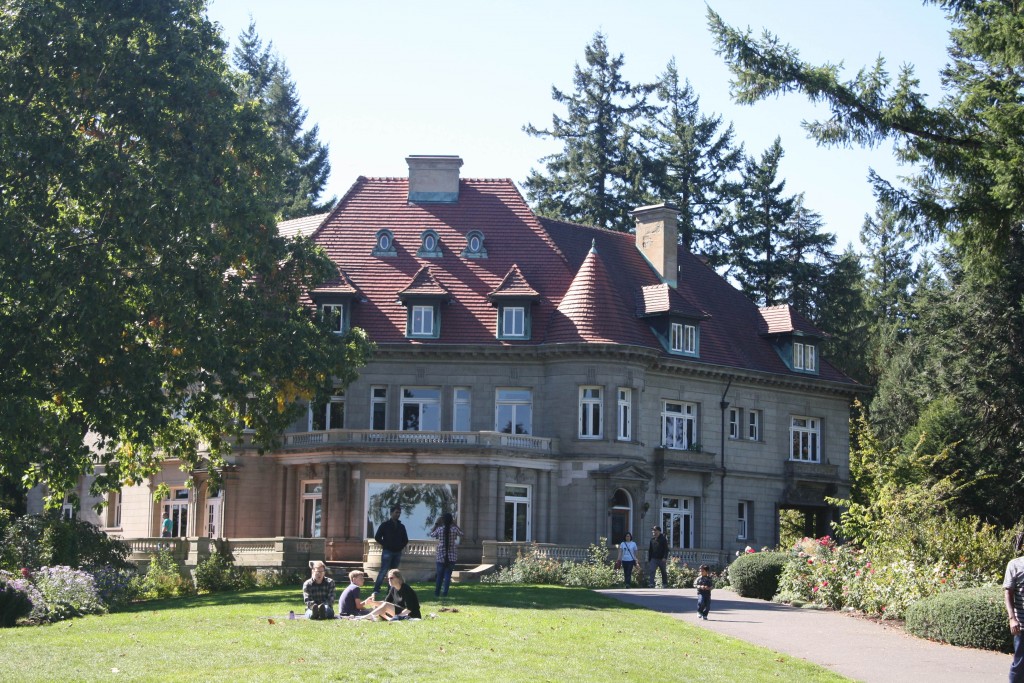 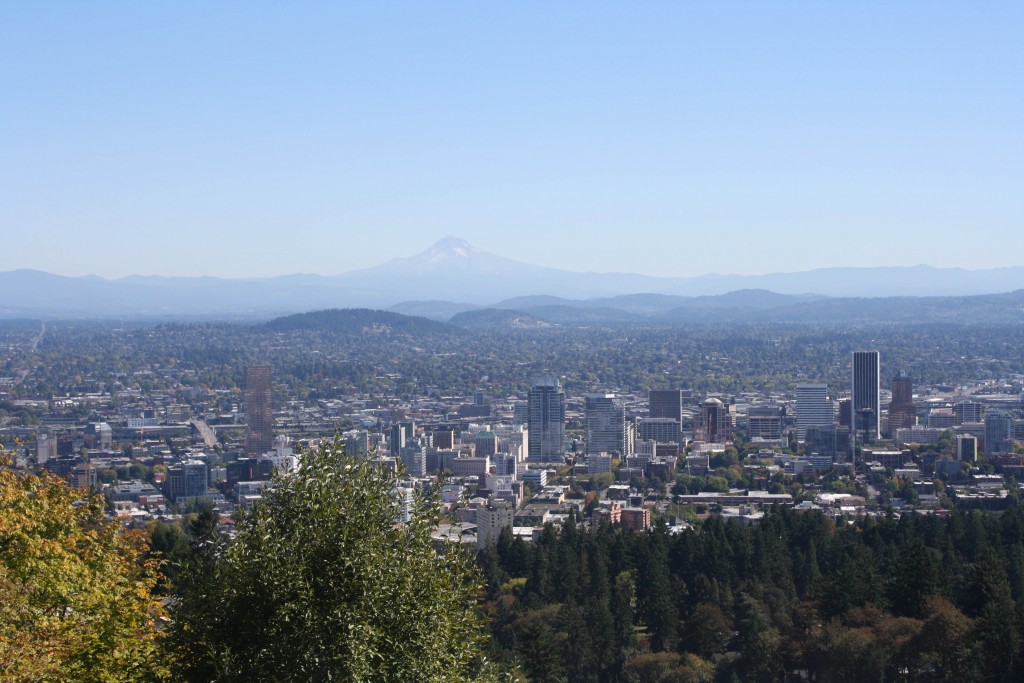 The grounds were pretty and there were lots of flowers till in bloom. My favorites were the dahlias, of course. 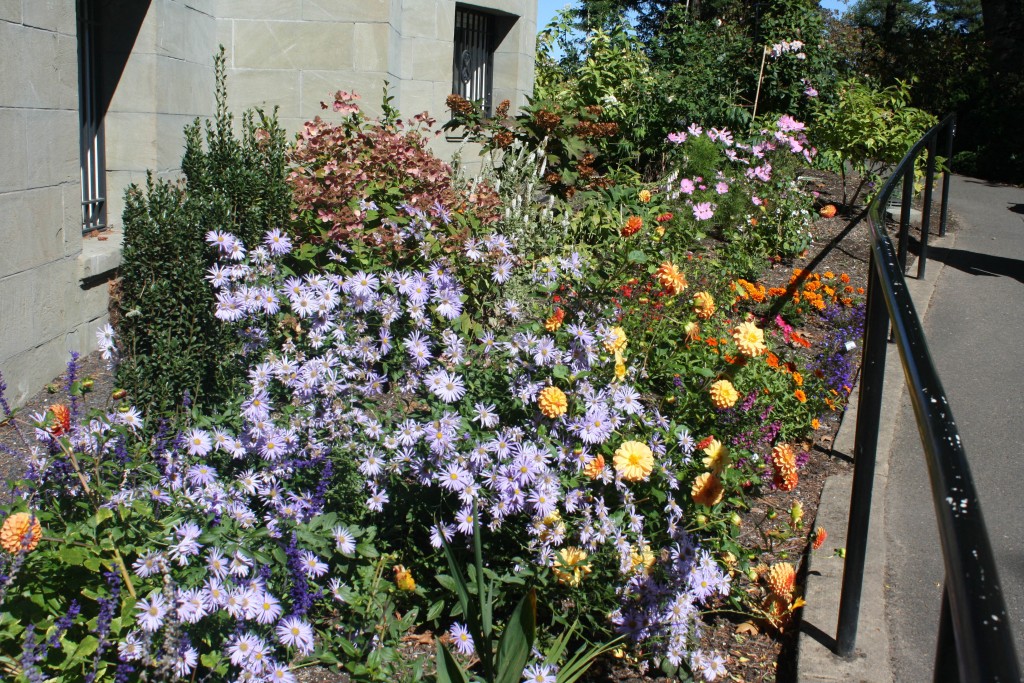 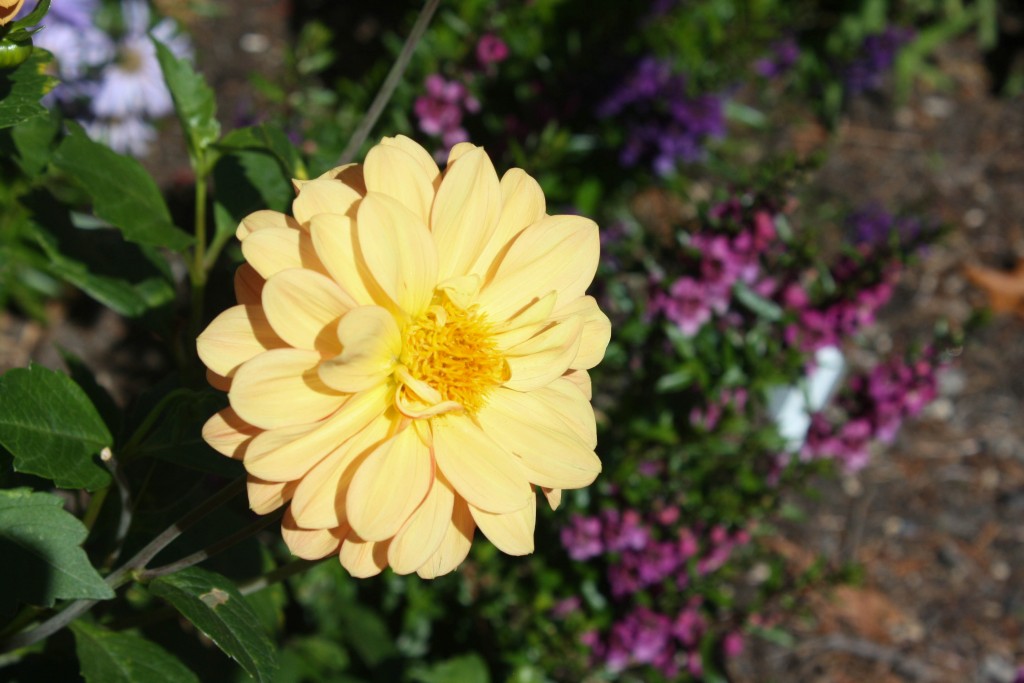 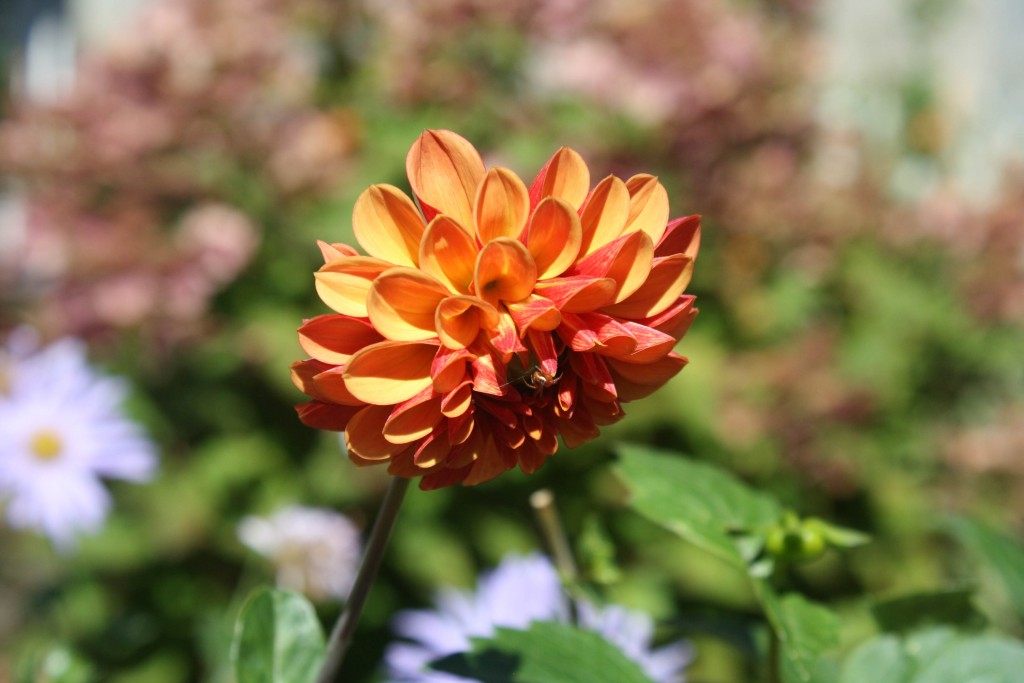 After lunch (Michael had a sandwich, I had egg salad with crackers and an apple) we hiked back down Wildwood Trail to the parking lot. We’d considered going a little further to see what we missed on the other part of the trail but it was getting late in the day. Next time. I really want to see the Stone House! 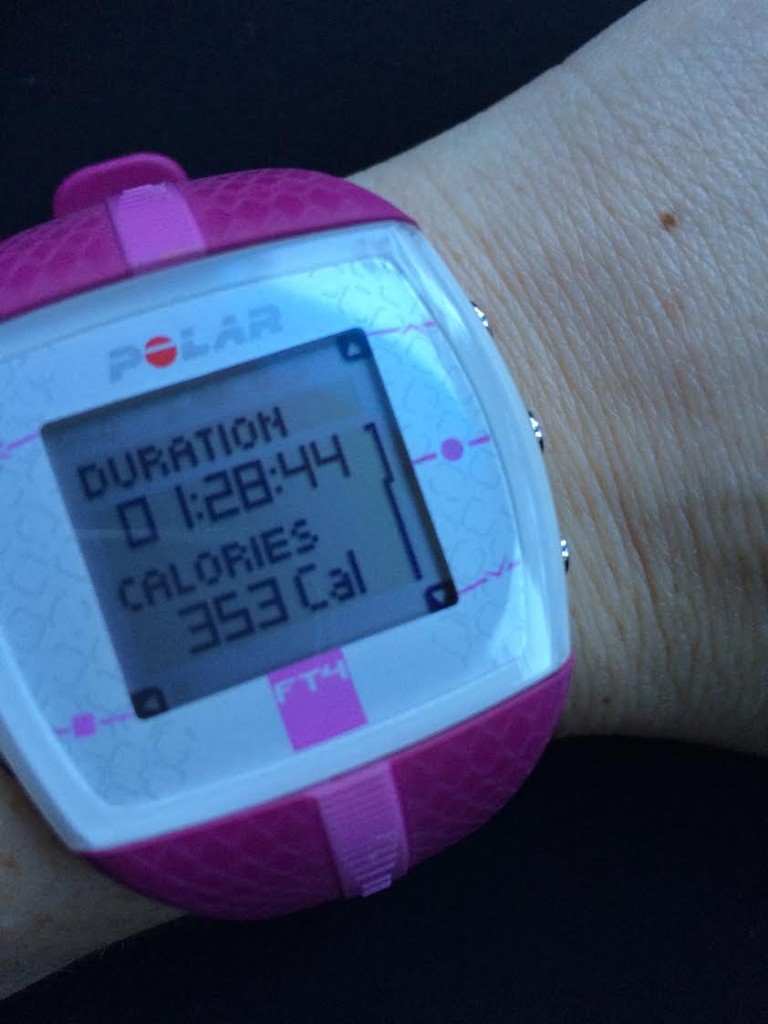 We did 2.77 miles roundtrip. It was a decent little trek in the woods, nice picnic, nice weather. I burned 353 calories.