Part Two: MAJOR disappointment on the snowshoeing. I’d been really looking forward to it and I know our friends were, too. Since it was sunny, warm and like 50 degrees we decided to go for a hike instead. That’s the nice thing about the High Desert–Bend has 300 days of sunshine a year. You can pretty much count on decent weather (either good snow or good sun!). We picked Tumalo Falls because it was highly rated and the falls were fairly close to the trail start (supposedly) so we could at least see that, right? 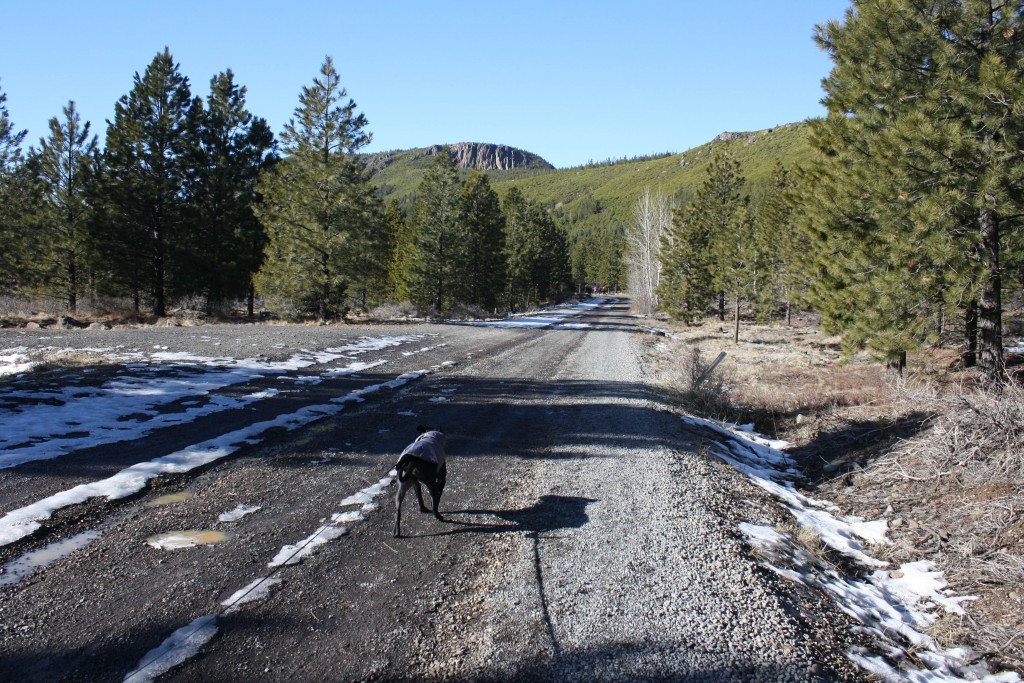 We drove to Tumalo Falls and as we got closer and closer, the temperature dropped to the low 40’s and there was ice on the side of the road. We got to the trailhead and got out of the car and were shocked at how frigid it was. We layered up the best we could and set out on the trail. It was deceptively cold–the sun was out but the wind was icy! 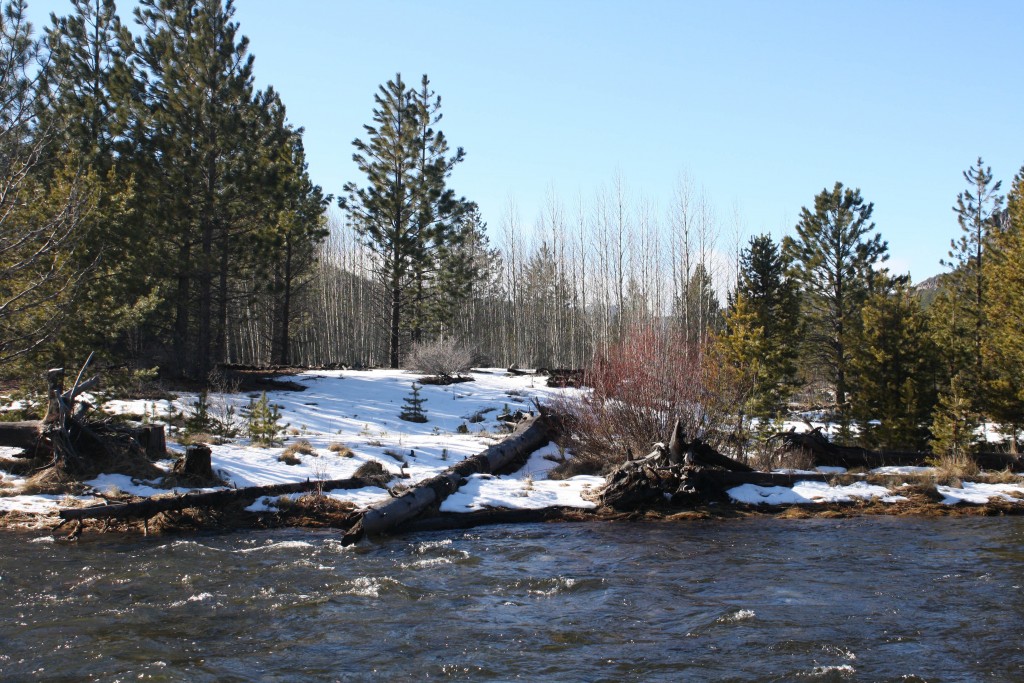 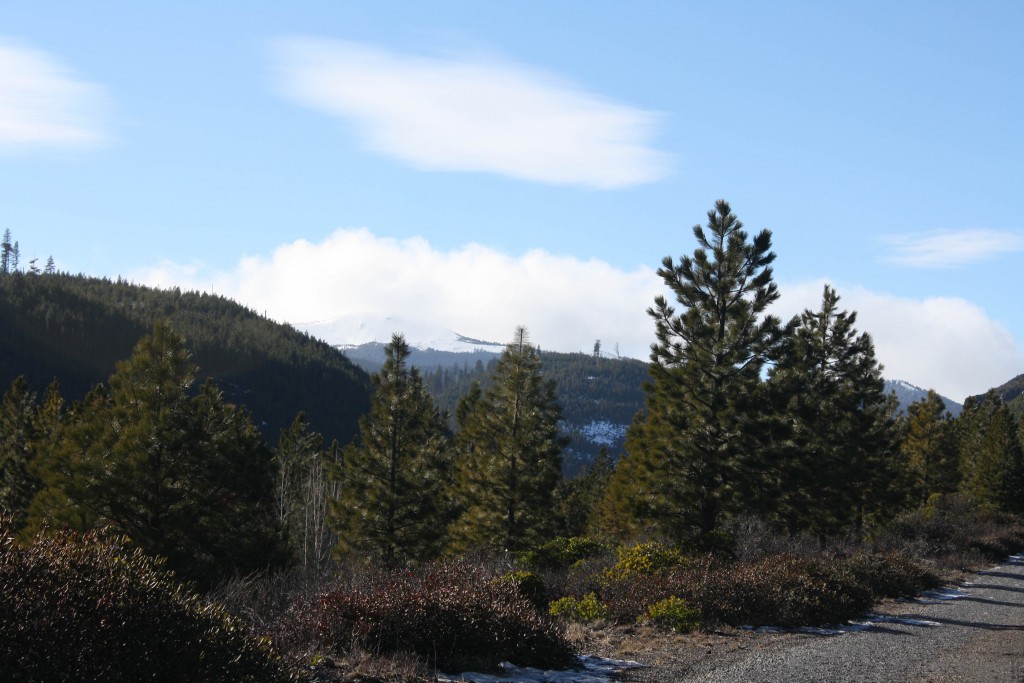 The hike was along a roaring river that looked like immediate hypothermia if you fell in. The trees were swaying in the windy weather. Some parts of the water were frozen solid, too. 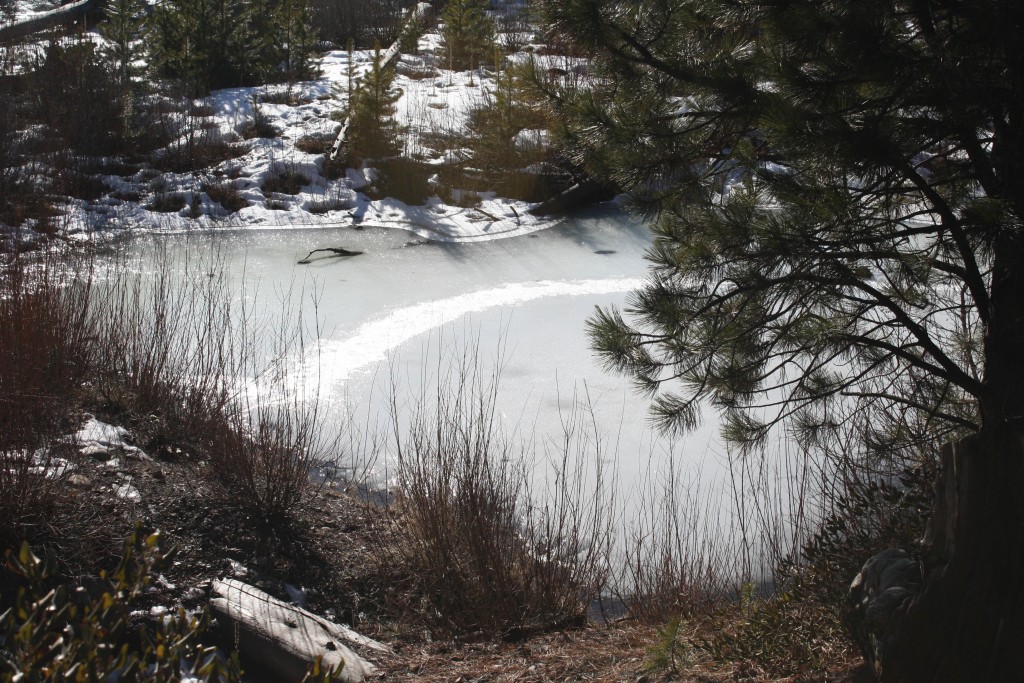 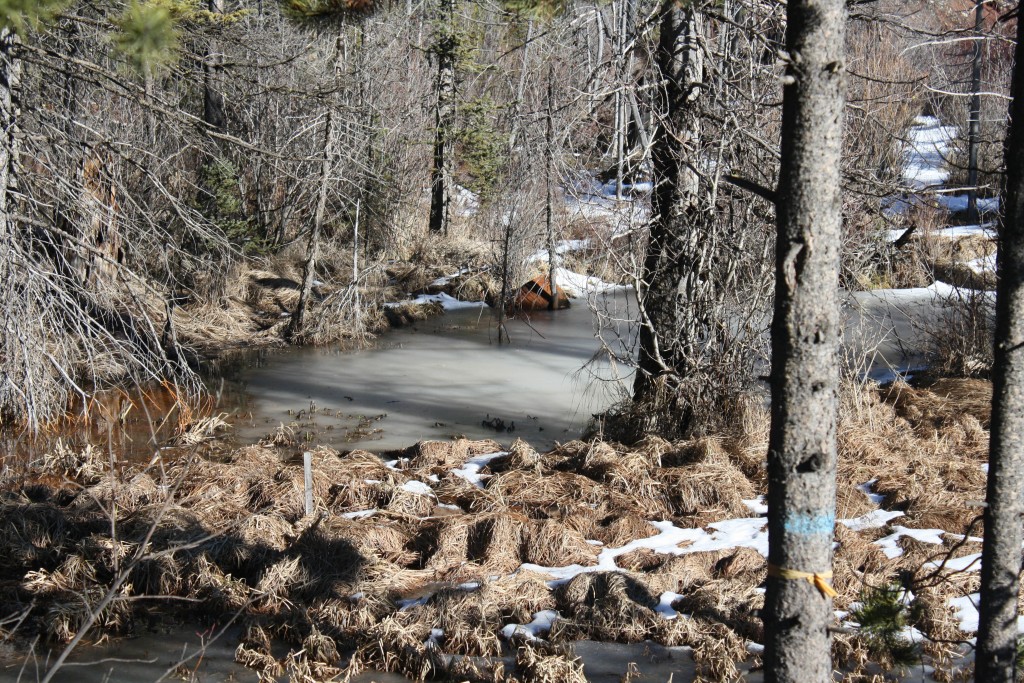 Needless to say, the wind was so strong and so cold, we didn’t get very far before we decided “screw this” and turned around. It was another bust. Never saw the falls, did just a little over a mile on the hike. LOL Some hike! (We got Bella a snow jacket–it’s fleece lined and water proof–works great!) 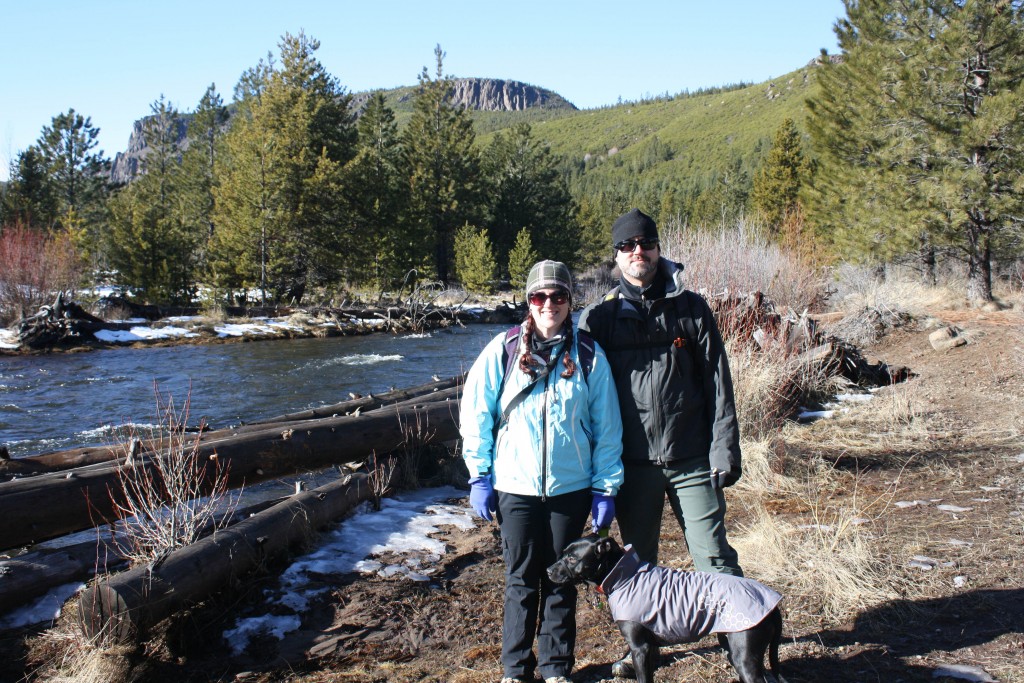 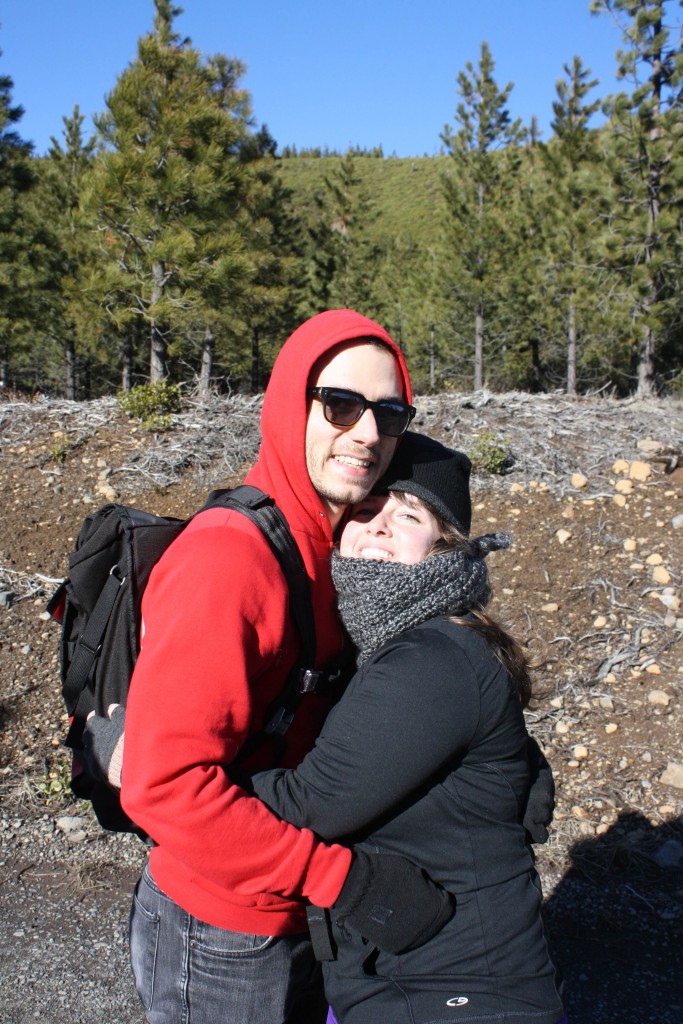 I was bummed that the hike was a fail, too. So much for exploring nature! 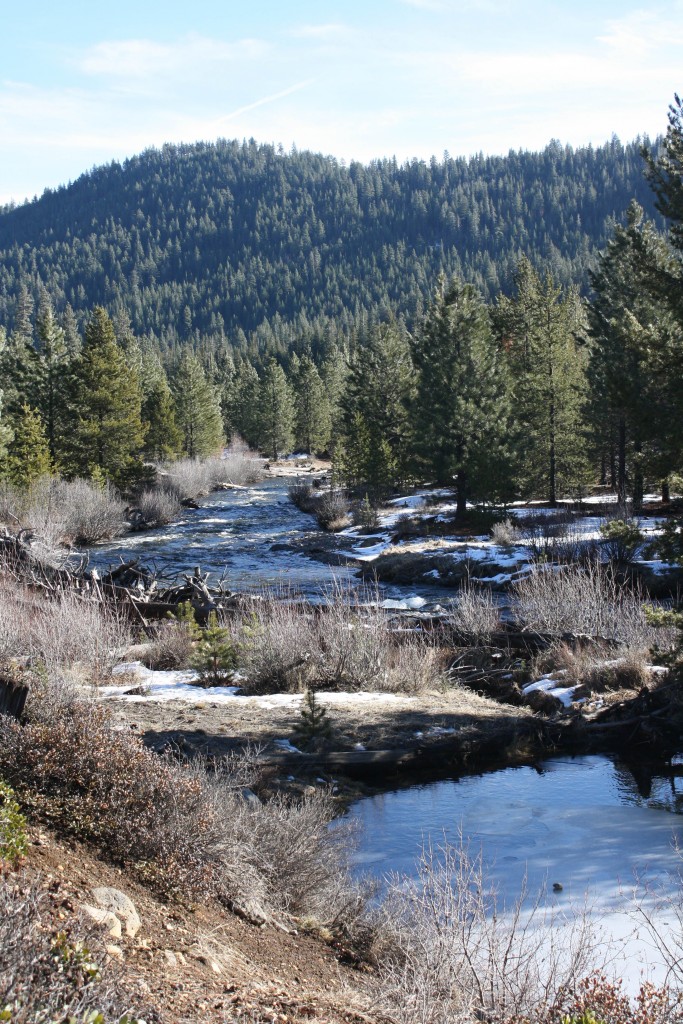 We went back to the house, changed into normal clothes and then the four of us walked to downtown Bend to do some shopping and walking around. The sun was warm and it was a gorgeous day. The walk was nice! Again, our house was super close so we could walk pretty much anywhere we wanted to go. The Boneyard brewery was a few blocks away, as were a few others. 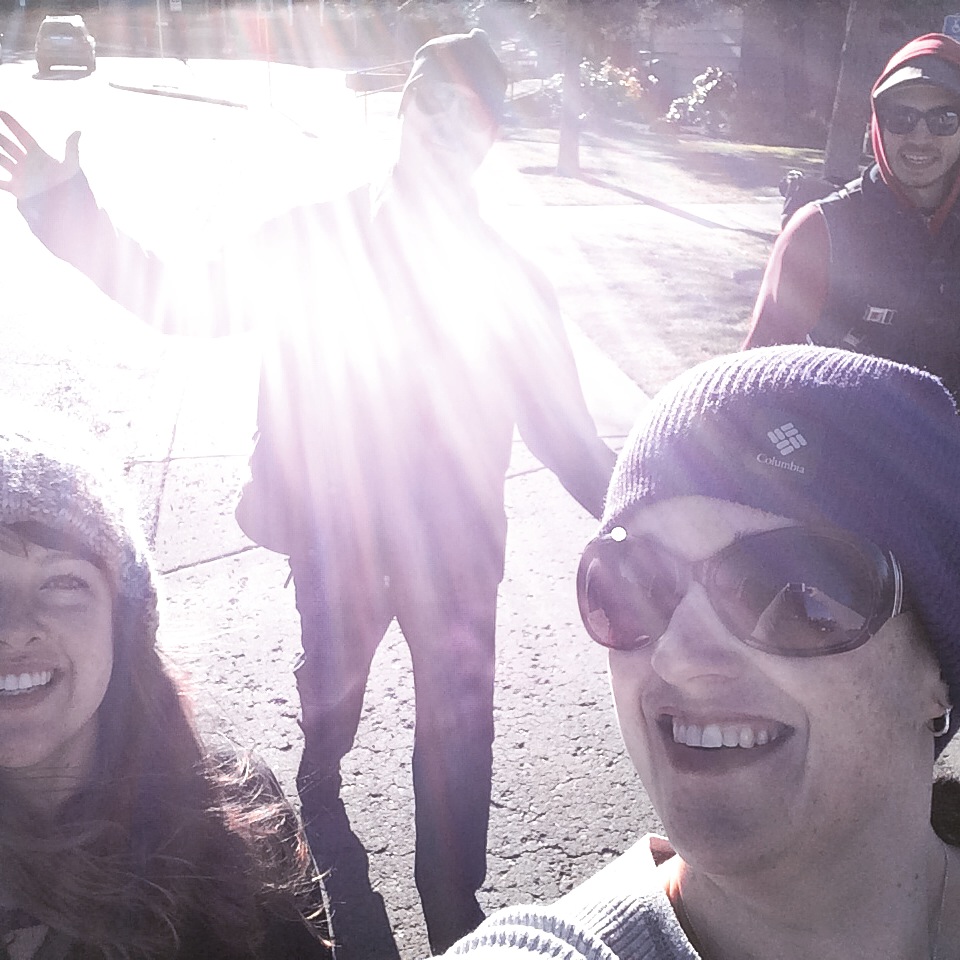 We were shopping and walking around when the Seahawks game was going nuts and people in the bars were freaking out screaming (we could hear it from outside) so we ducked into a dive bar for the last 15 minutes or so of the game and enjoyed a Boneyard beer. Next up: Crux Fermentation!

Several of us had been told by friends “you must go to Crux”. I’d never heard of it so it was new to me. It was mid-afternoon by this time so we headed over there. It was a super cool space with a large outdoor patio, some of it was heated and covered and some of it was open. There was a smoker grill, a taco food truck and cornhole. People were milling around outside playing and hanging out in the sunshine. 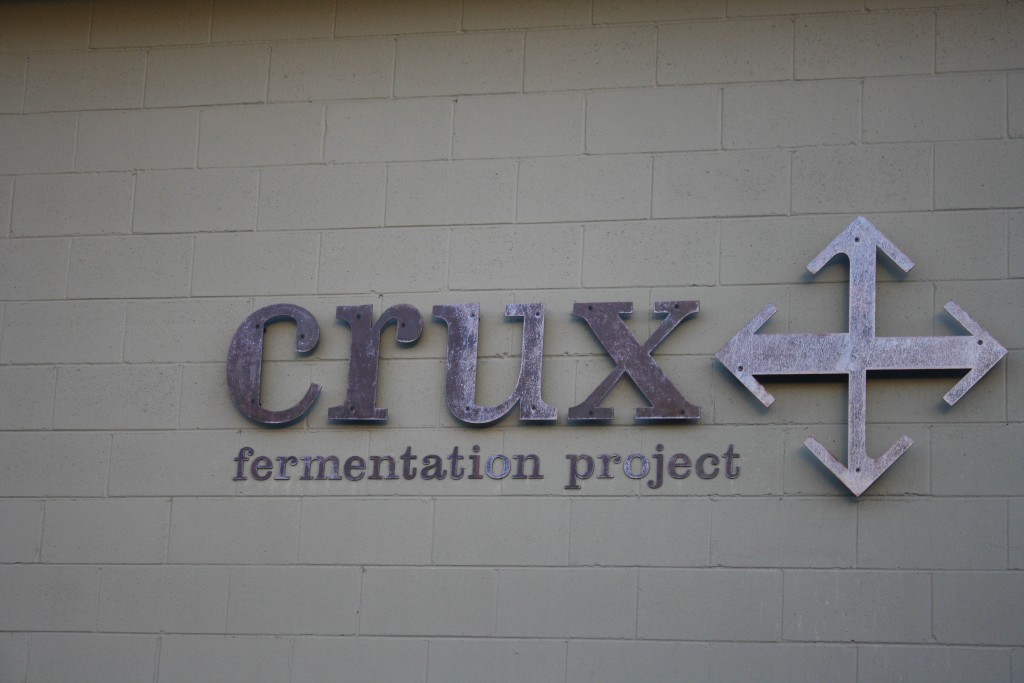 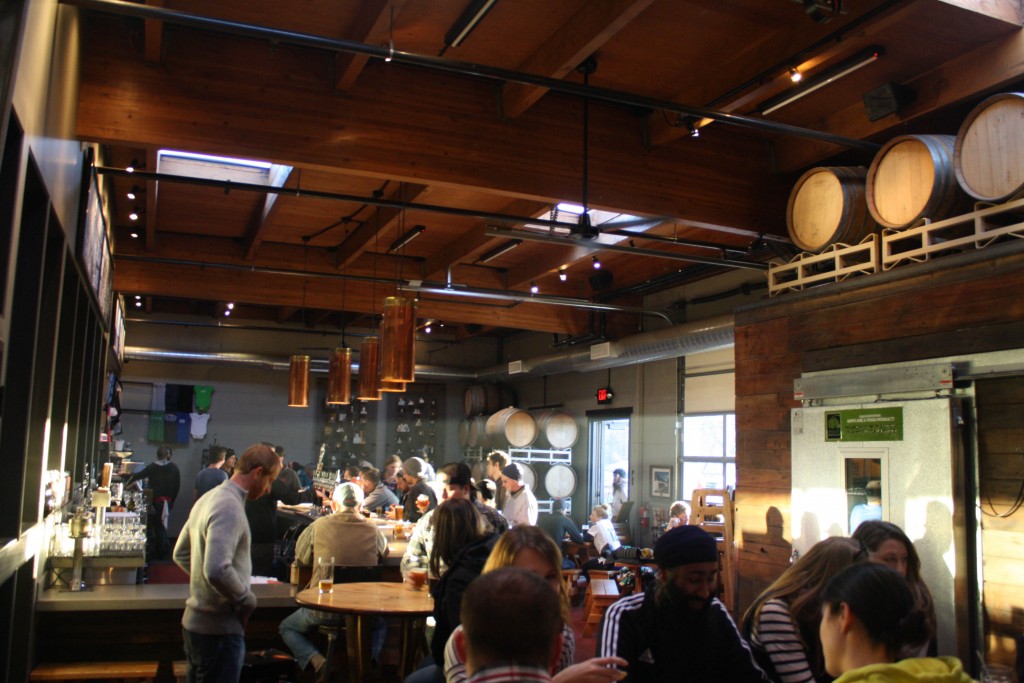 We went inside and got a table. The place was packed. Service was absolutely outstanding. I’ve never had such a good experience at a restaurant. Waitress was funny, smart, knowledgable about beer, had great recommendations and just cool. 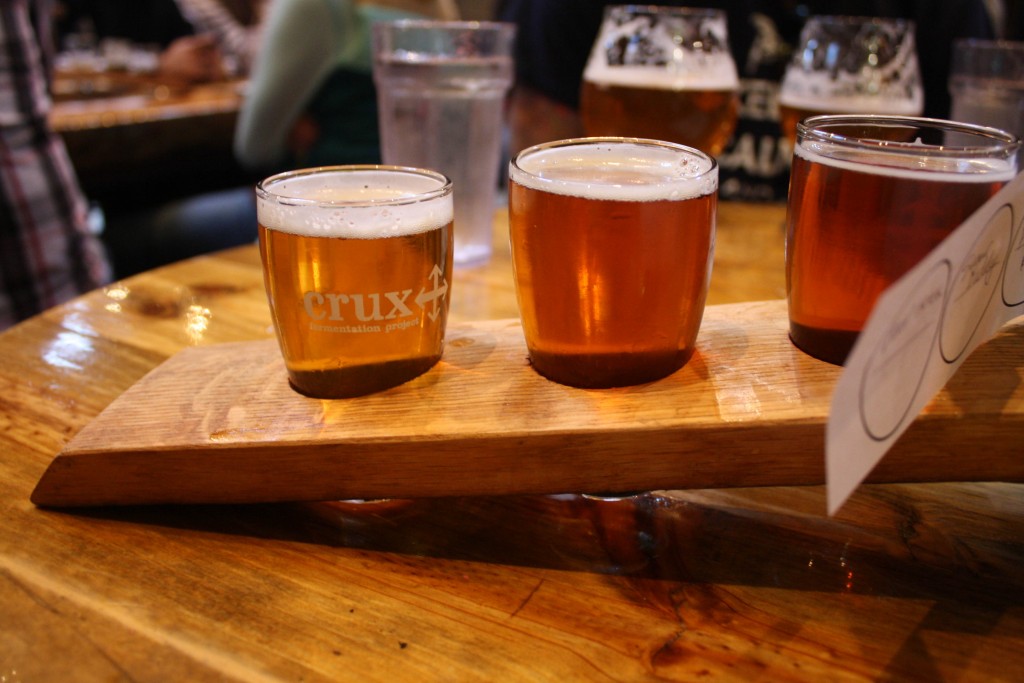 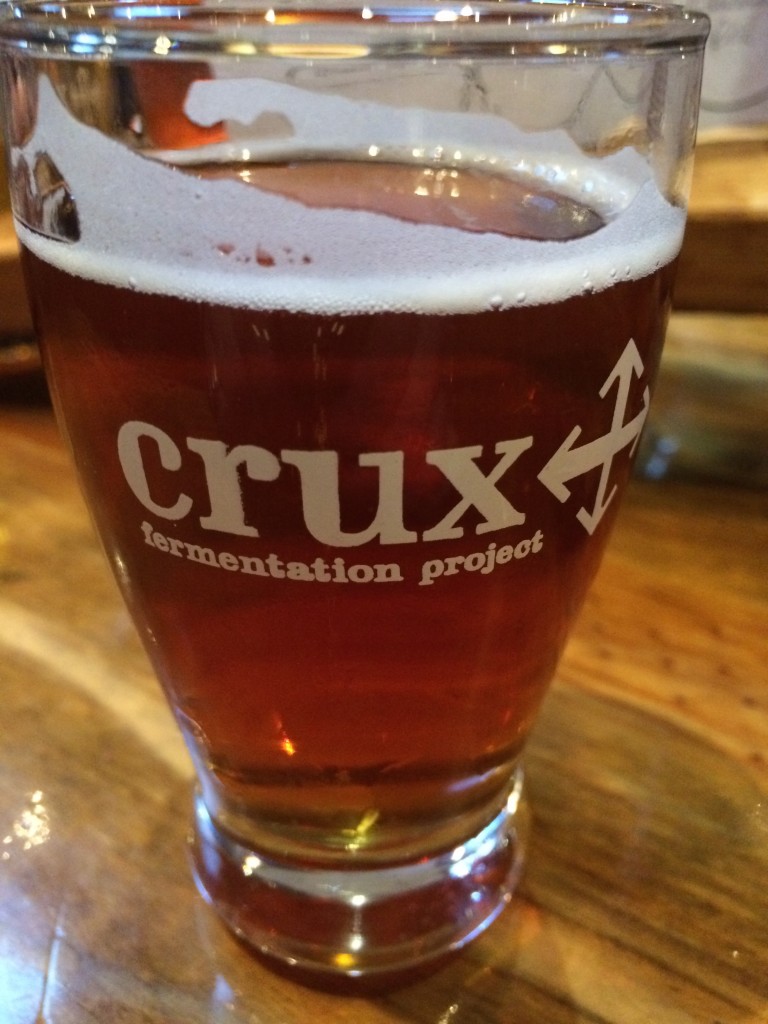 We ordered an appetizer to share–house-made jerky. We’d never seen jerky as an appetizer on a menu before so we had to try it. And it was probably the best jerky I’ve ever had. They smoke it themselves, soaked in their beer. Best.Jerky.Ever. 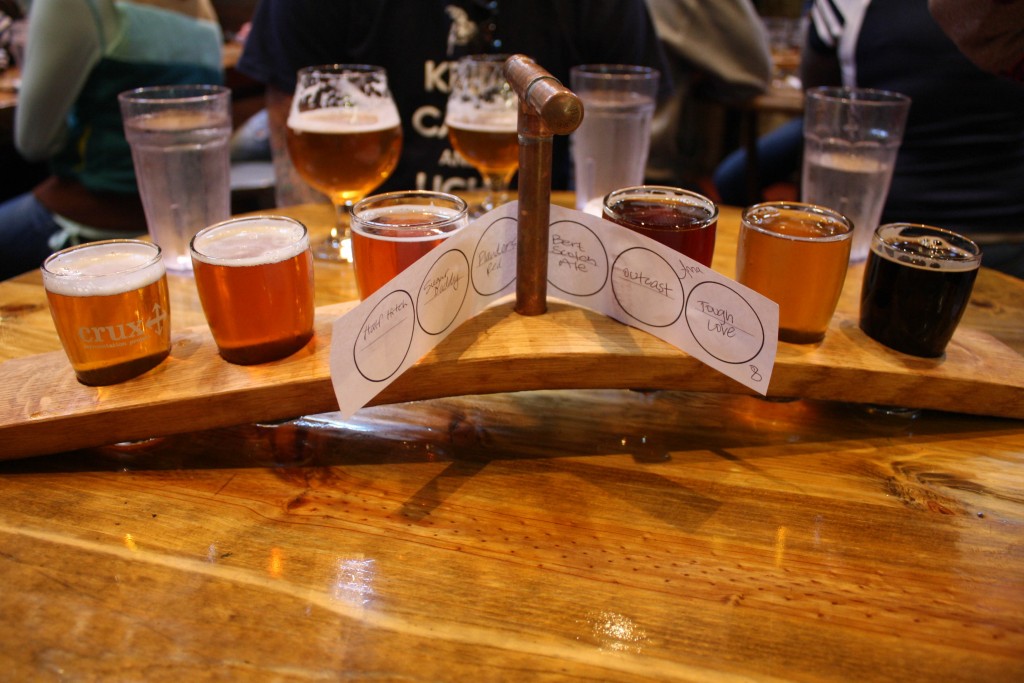 Margie and I shared a tasting tray of 6 beers. We got:

Can you guess which ones mine were? 😉 Yep, the IPA. The Half Hitch and Outcast IPAs were really, really good. I am NOT a fan of dark beers. I love coffee. I love chocolate. I do not love them in my beers. So I rarely ever enjoy a stout or porter. I had a sip of the Tough Love Imperial Stout and was amazed at how smooth, tasty and balanced it was. It was a stout I could actually drink and enjoy. But the real winner for me was the Bert Scotch Ale. It might have been my favorite beer that we tried and Michael and I ended up getting a full pint of it and sharing it. It was so fantastic. 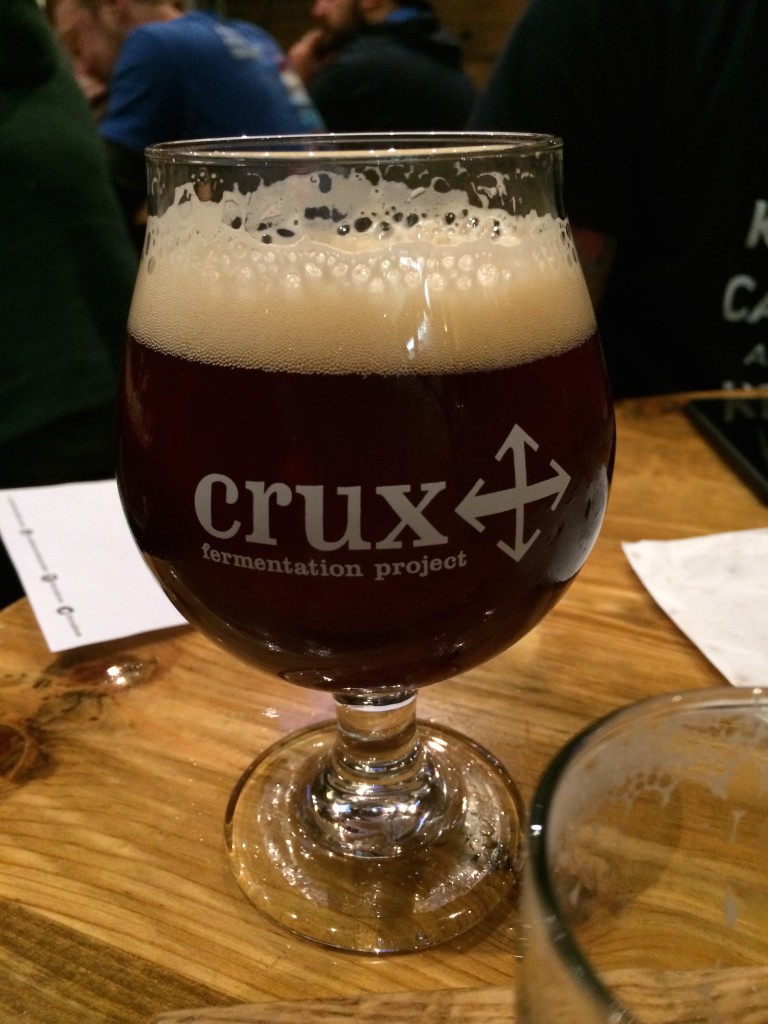 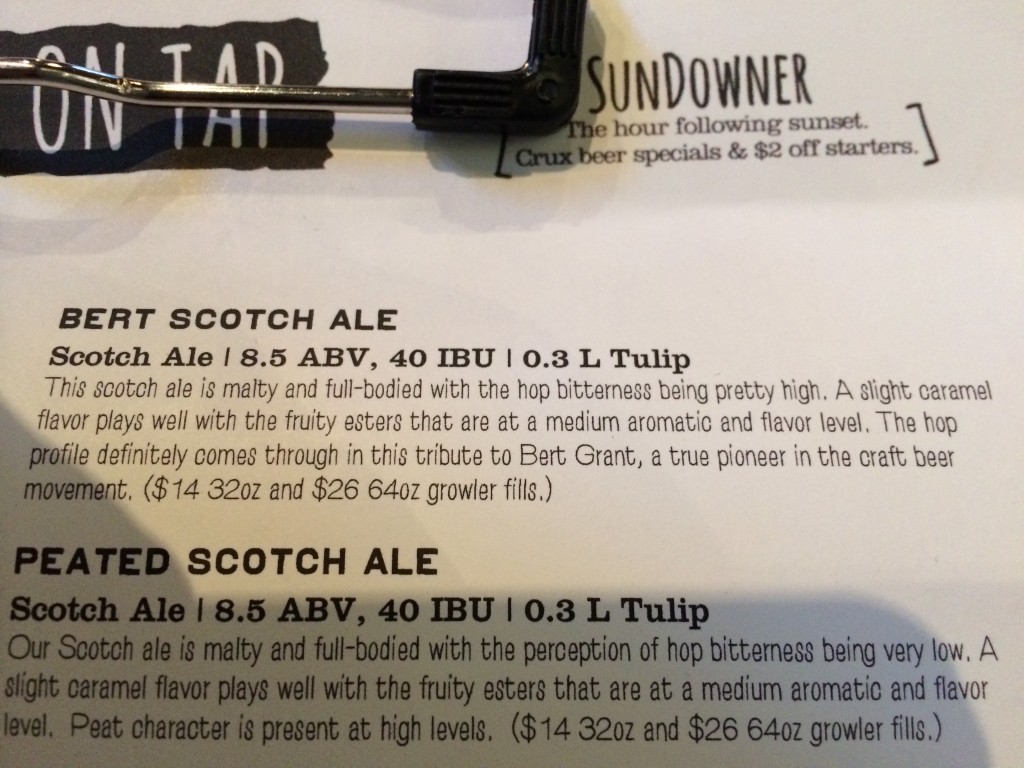 We were having such a good time I didn’t want to leave but we planned on getting a pizza and hanging out at the house so we left. Michael and I picked up pizza from Pizza Mondo (it was just ok), we played Cards Against Humanity and Ticket to Ride, drank our Boneyard and talked. It was a great night! 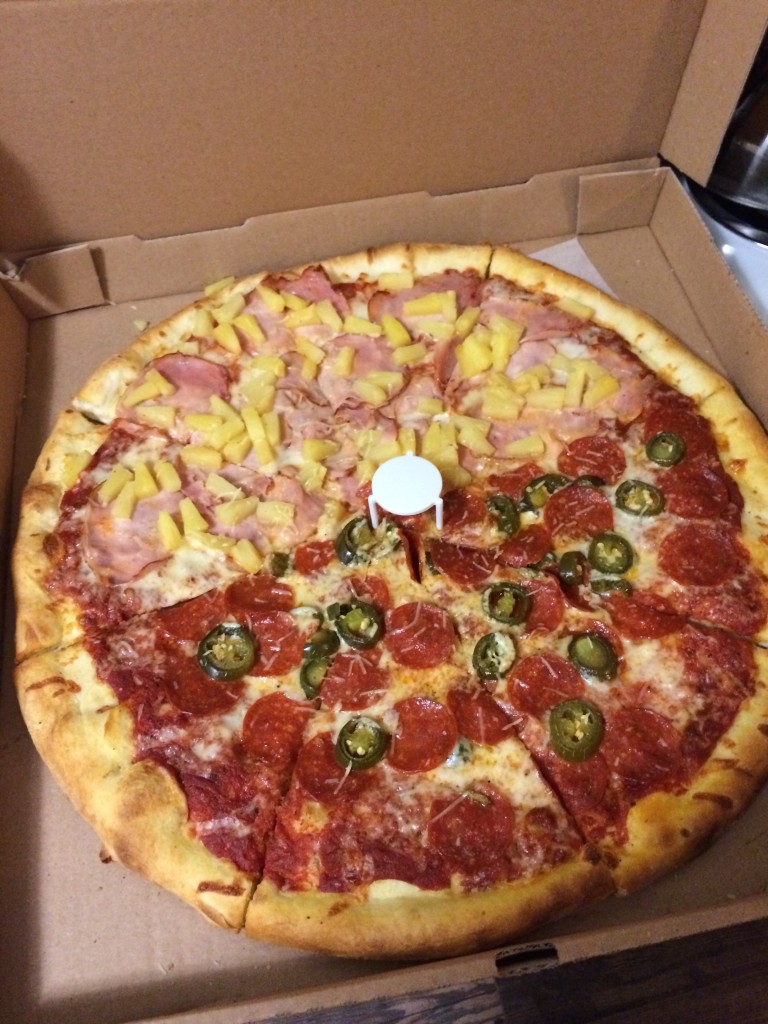 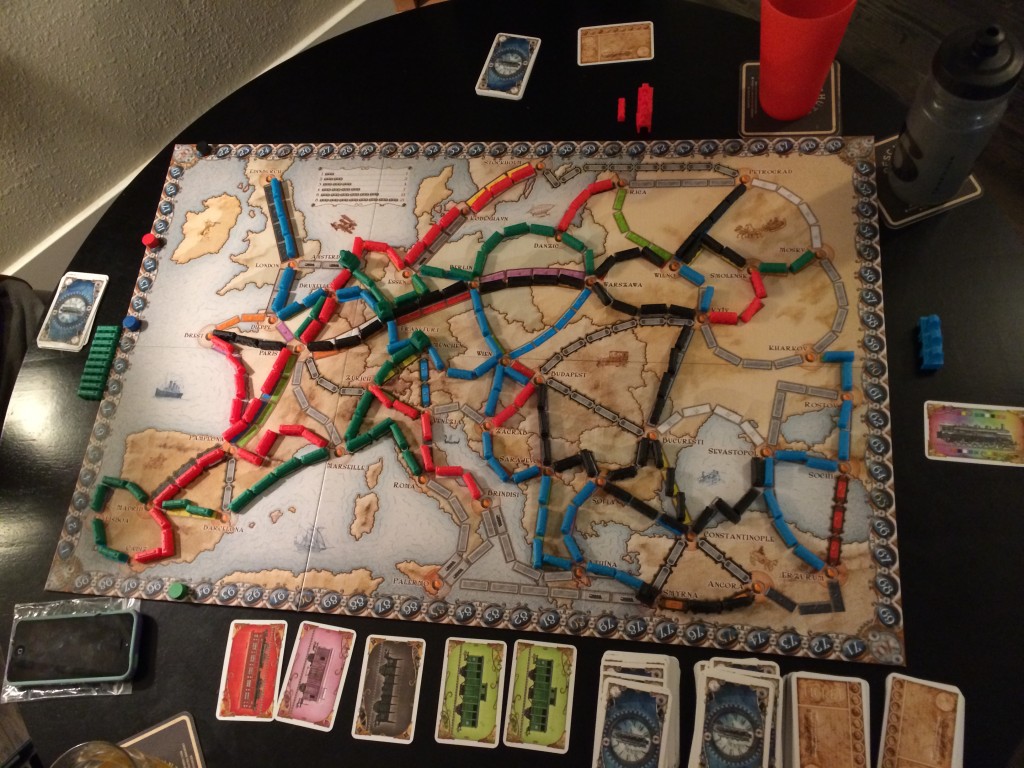 We were up late Sunday night but it was worth it! Monday we packed up and headed home. We’d talked about trying to snowshoe on Mt. Hood on the way back to Portland but after a week of warm weather and rain, the snow conditions weren’t much better. Raincheck. On the way out of town we stopped at Thump coffeeshop and I got a coffee with homemade Mexican hot chocolate. It might have been the best coffee drink I’ve ever had. Birthday treat! 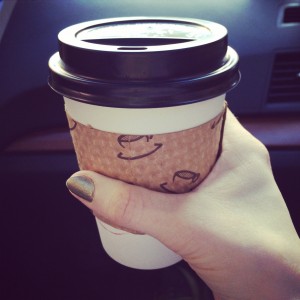 The drive was uneventful and sunny until we got to Mt. Hood. Then the temperatures dropped and there was snow mixed with rain. Michael and I drove up to Timberline Lodge with the thought of hanging out in the lodge before going home. 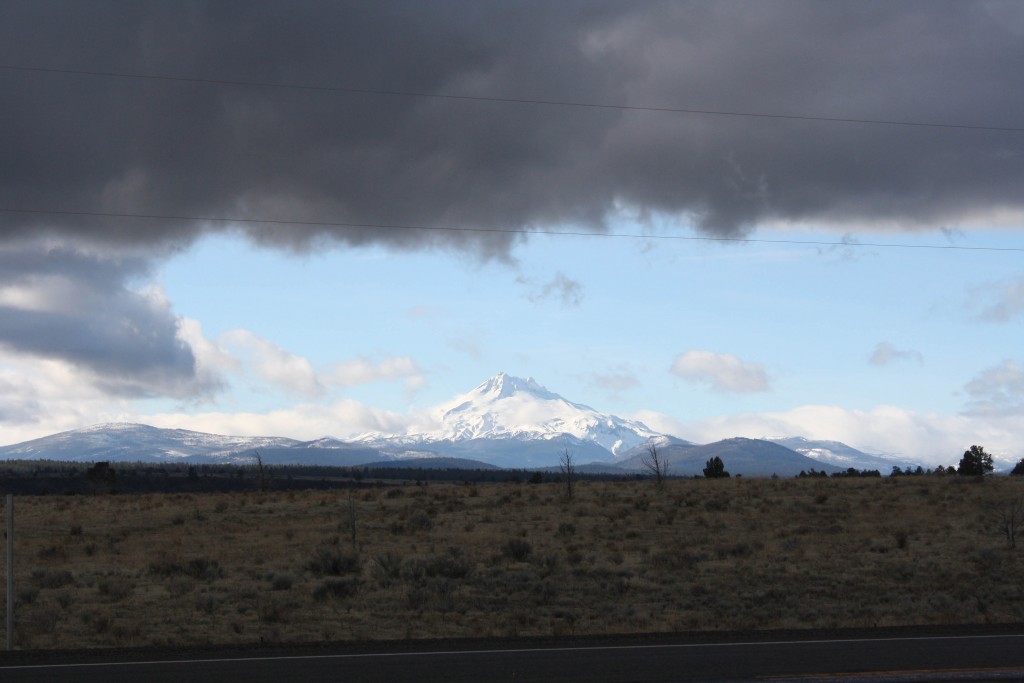 The roads were clear until about two miles from Timberline and then all of a sudden the road grew treacherous, there were snowplows trying to clean it and it was snowing a lot. Of course, NOW we find snow. 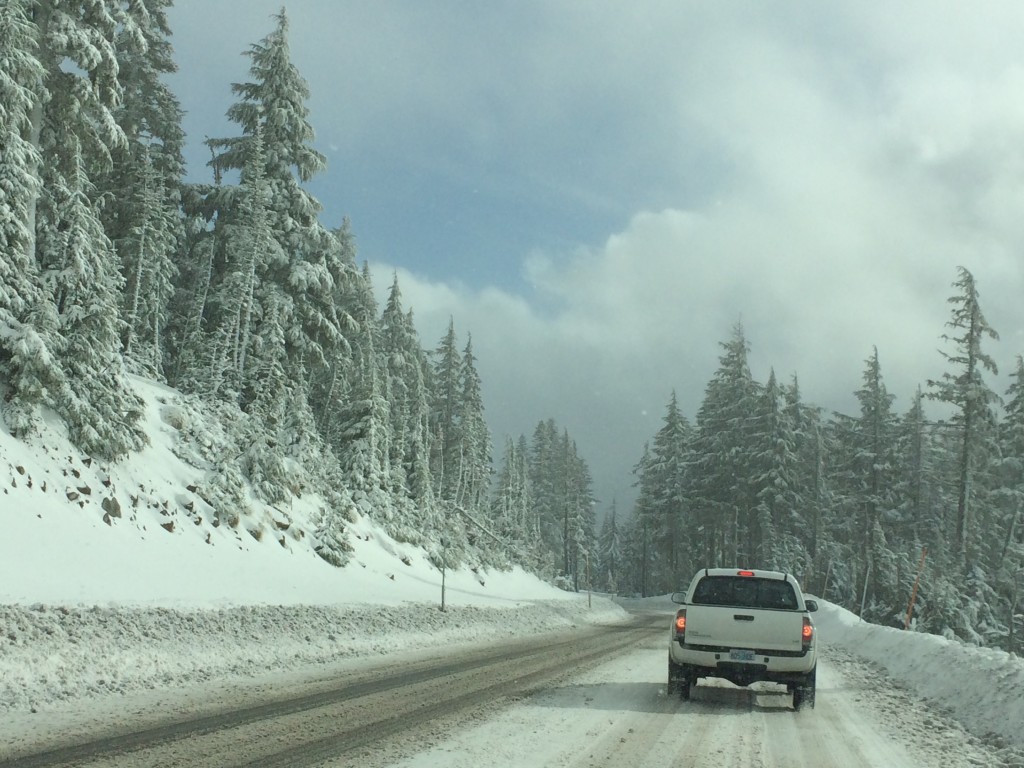 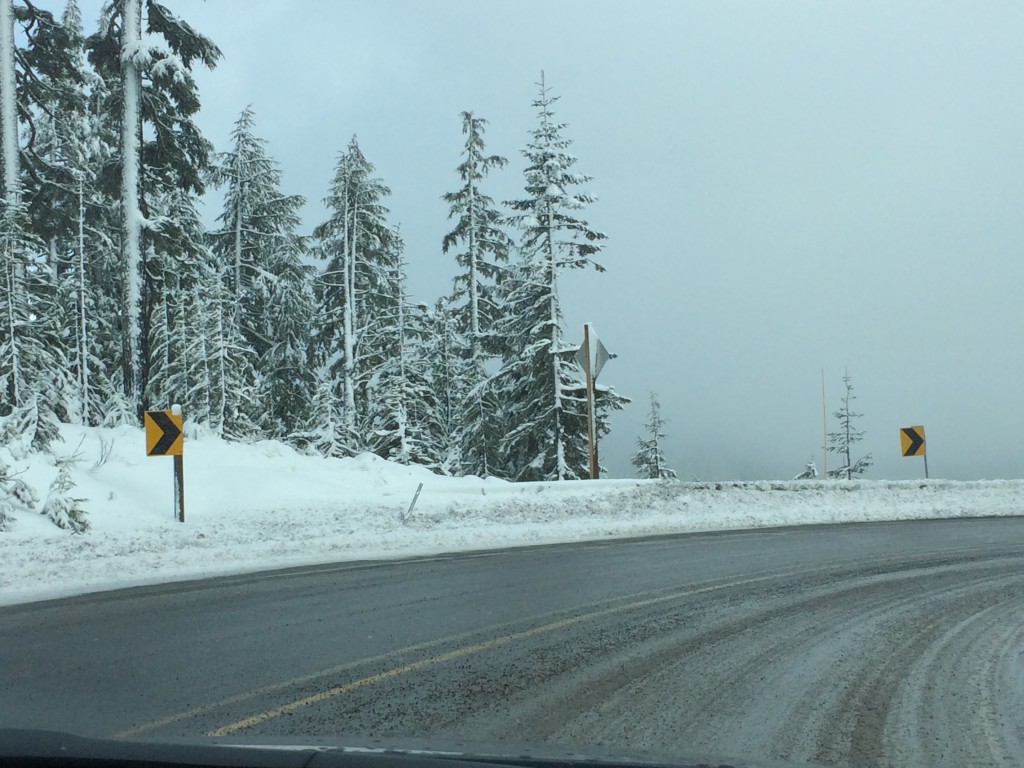 We got to Timberline and there wasn’t really parking, the place was covered in snow (of course) and it was just too cold for us to leave Bella in the car so we didn’t stay long at Timberline. Bummer. 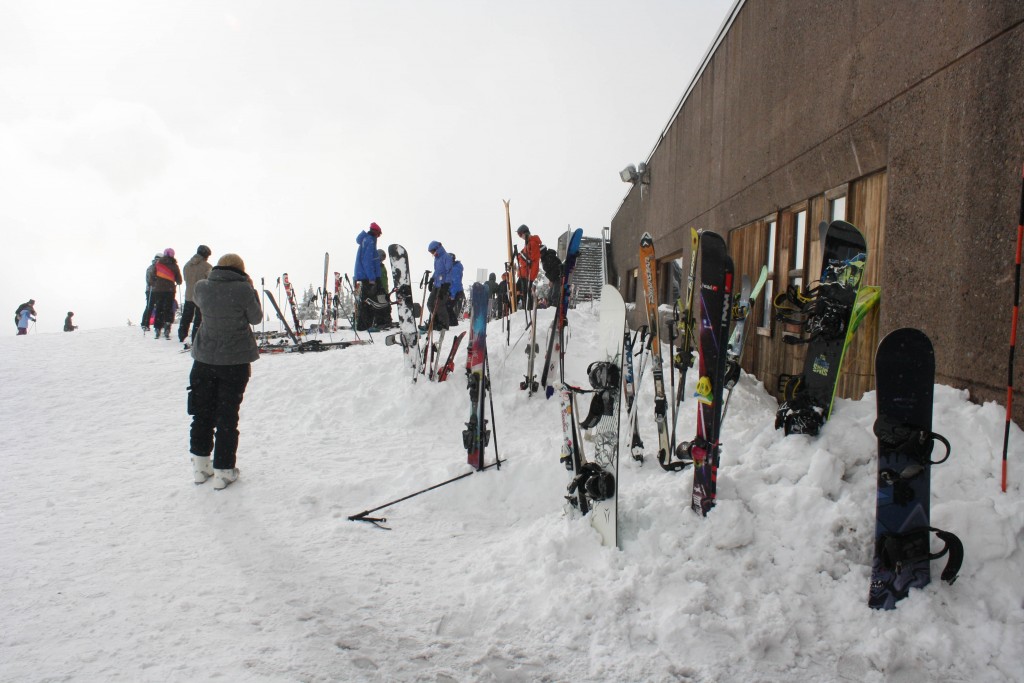 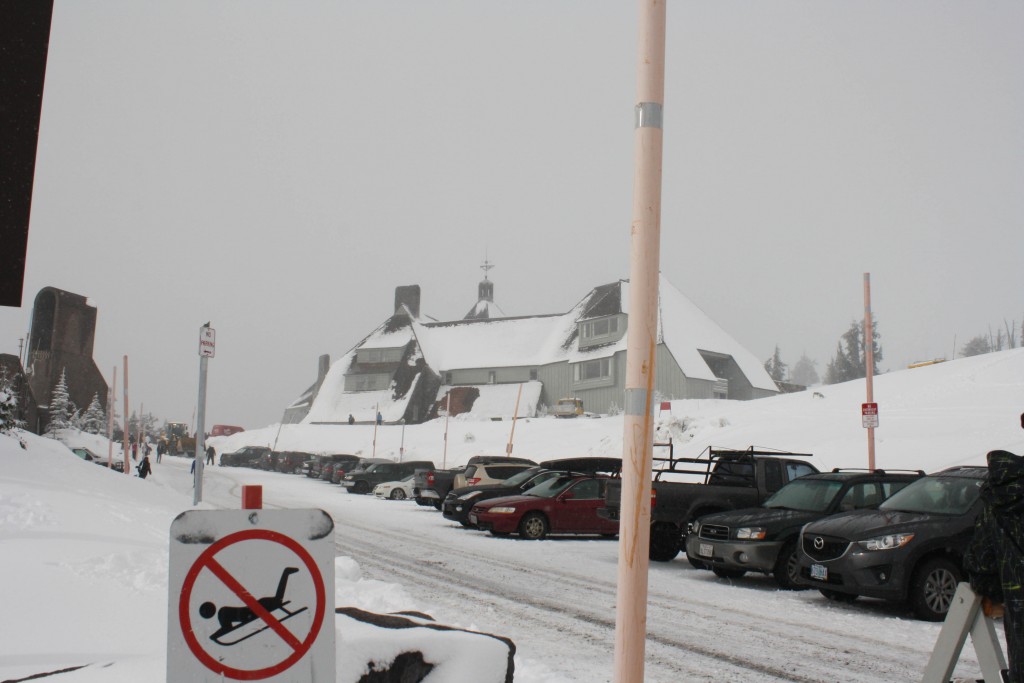 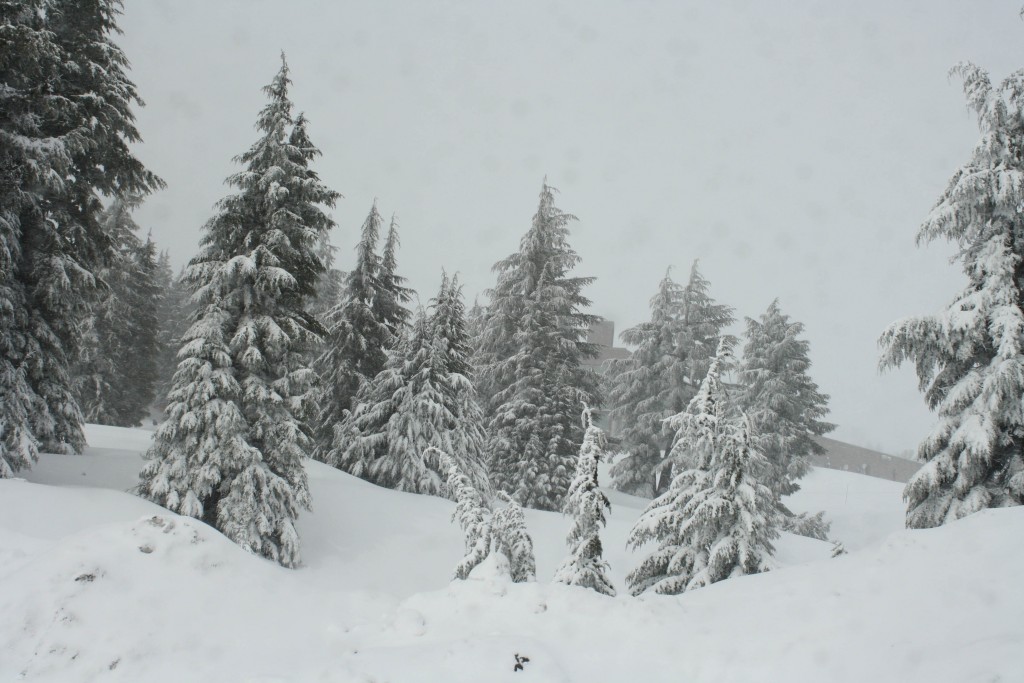 So we found snow, finally, but couldn’t play in it. We drove (very slowly) back down to the highway and back to Portland, where it was in the mid-50’s and sunny.

Michael took me out to dinner in Portland for my birthday. I picked The Observatory. It’s a restaurant I’ve wanted to go to for years but haven’t been–I did try once with a friend and it was packed and had an insane wait time so we went to a dive bar nearby and had a surprisingly good meal there instead.

This time, we had to wait maybe 10 minutes for a table? I ordered a drink – the Tart Cherry Aperol Spritzer. It was a tart cherry puree with champagne and it was delightful! 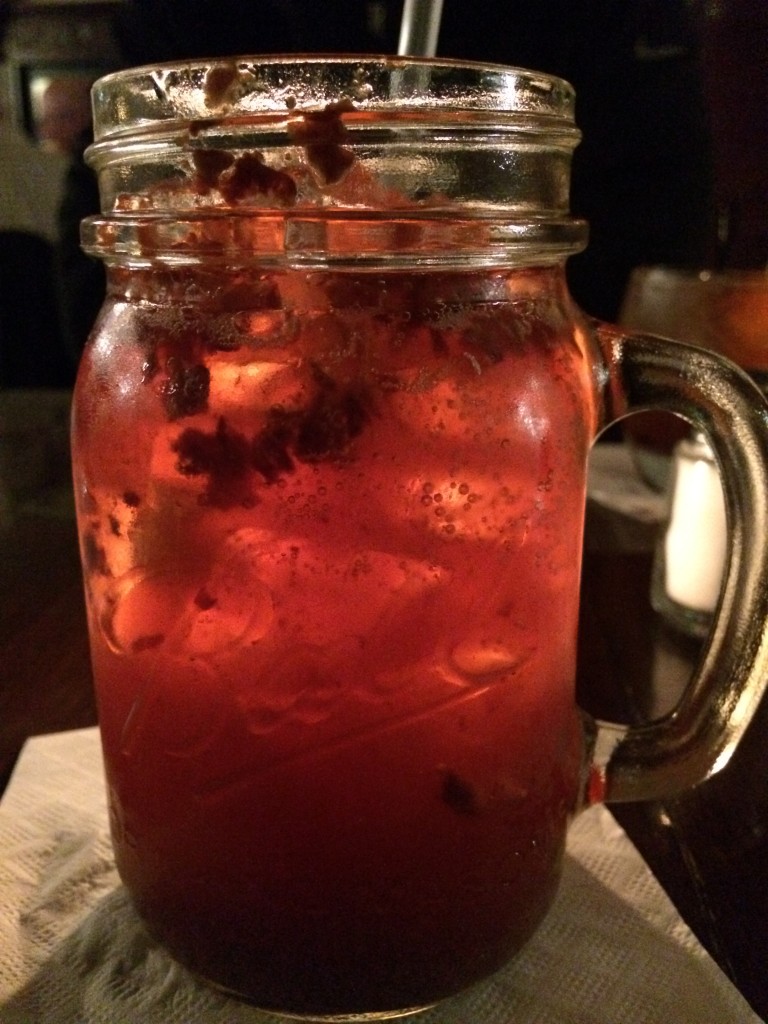 For dinner I got the blackened snapper. It came with a small serving of their mac n’ cheese and braised collard greens. I’ve never had snapper before. I eat a ton of seafood but somehow never tried it. It was a white fish, kind of a middle ground between tilapia and halibut. It wasn’t as light and flaky as the tilapia and closer to the “steak” like consistency of halibut. It was good! The blackening spice/gravy was a little rich but it was tasty. Loved the mac n’ cheese (and that it was a small portion). 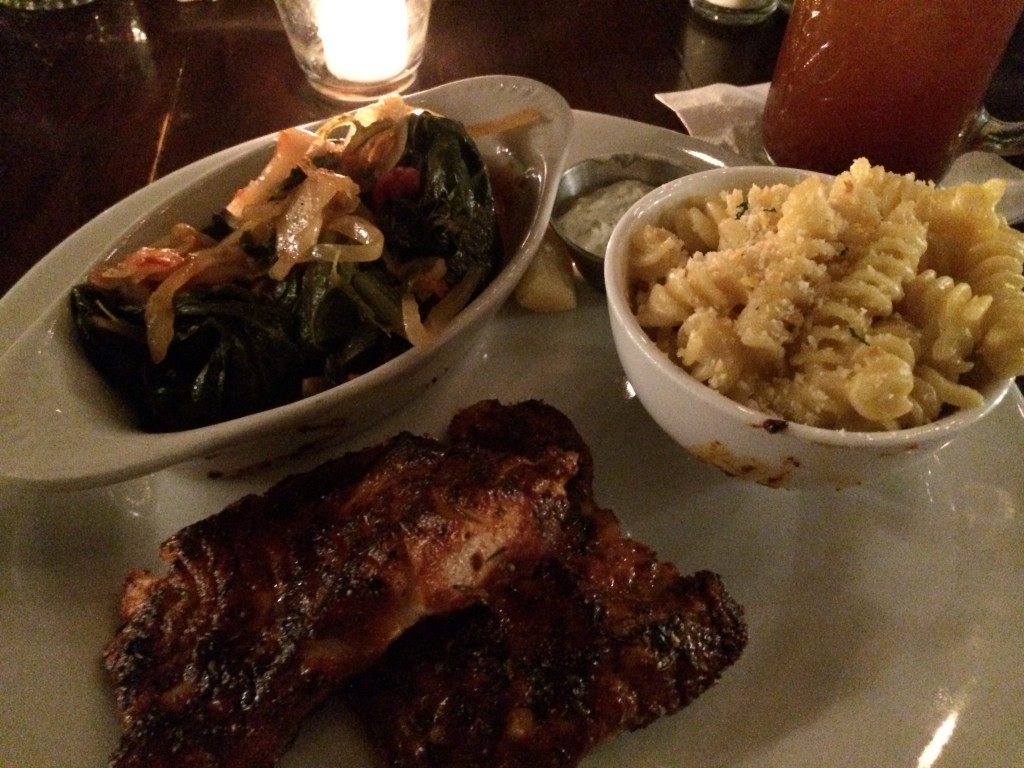 Michael got the fried chicken with brussels sprouts and mashed potatoes. By far the mashed potatoes were the star of the entire meal. We couldn’t figure out what they made them with–lemon? Red wine vinegar? Regular vinegar? There was a tartness to it and they were to die for. I ate more than a few bites of his mashed potatoes. 🙂 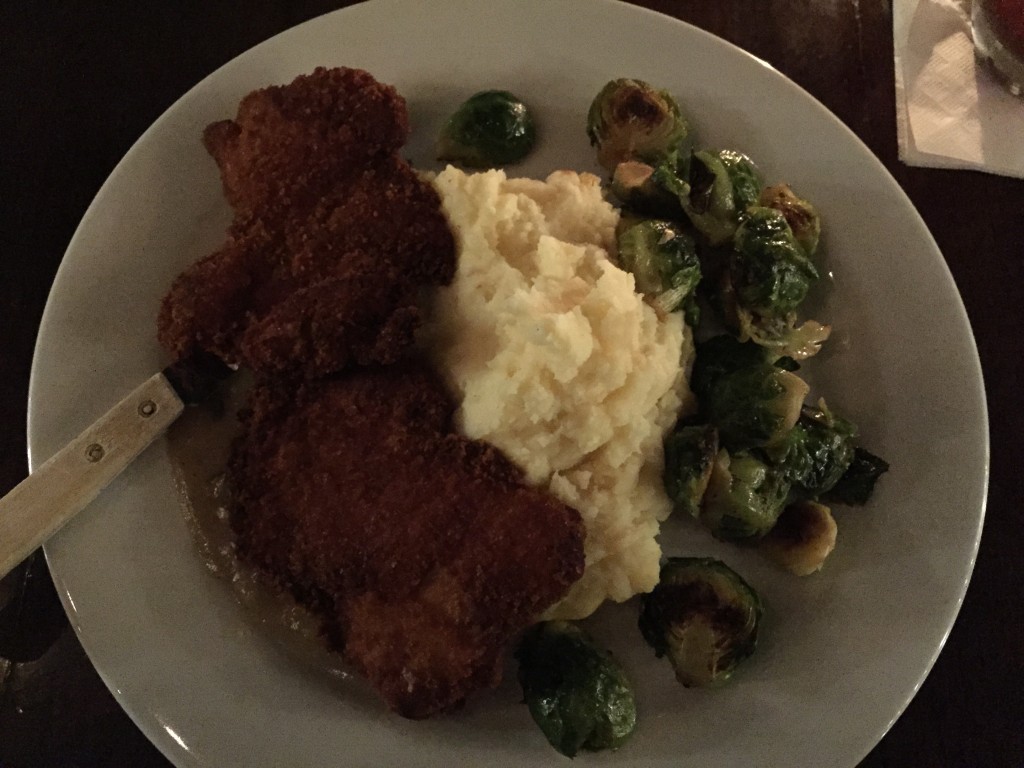 Since it was a my birthday we shared a dessert. I was close to being stuffed, but we’d had a small lunch and a normal sized breakfast (eggs and bacon) so it wasn’t like I’d eaten a ton that day. We ordered the peppermint cheesecake! 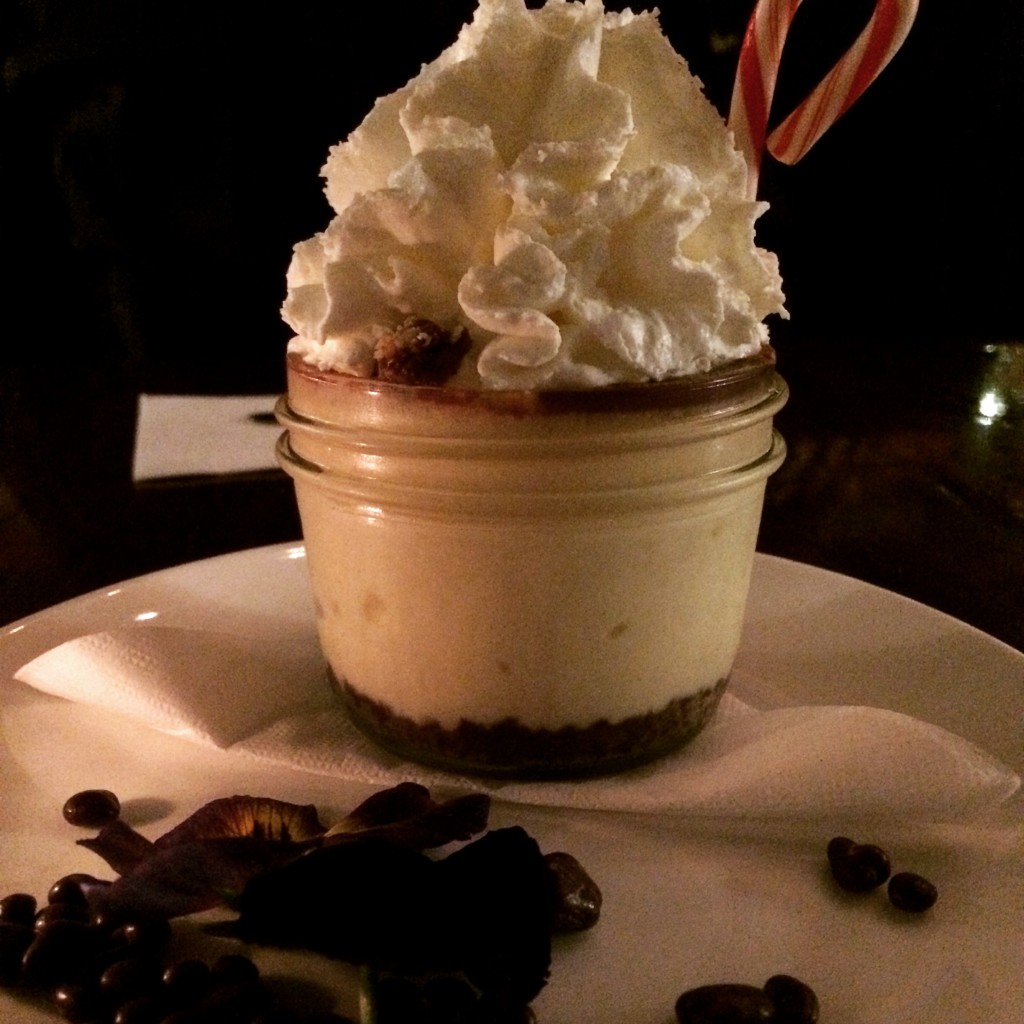 It was outstanding. It came in a little mason jar, chocolate crust on the bottom, cheesecake, topped with whipped cream and a layer of peppermint chocolate. There were small peppermint chocolate beans on the side and a little pansy flower on the plate. It was so incredible. One of the best desserts I’ve had in a long time. I rarely get dessert. This was such a treat!

It was a really good weekend and birthday (despite the lack of snow thing). Now back on track!