Falling Off the Wagon 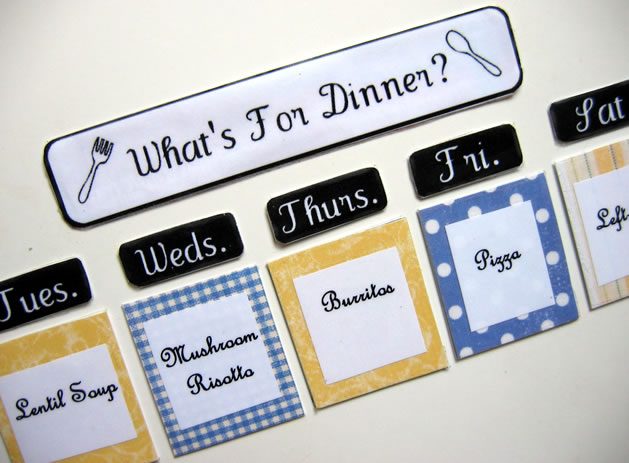 …of Meal Planning that is.

Boy has it been a stressful week for me regarding meal planning. It’s supposed to make our lives easier, less complicated and involve LESS trips to the grocery store. In week one of attempting this I’ve experienced the opposite.

Maybe I’m making it more complicated than it needs to be. All I know is that as soon as I made a plan “in stone” for the week of dinners I didn’t want to eat any of the food planned out. I immediately craved Mexican food (all week actually) and lost interest in the recipes I had planned to try. I even bought some of the ingredients for the recipes and now I’m faced with either forcing myself to make it, or freeze it for later.

Am I alone in this? Or am I just doing it wrong?

The first attempt at meal planning can be found here.  As you can see I haven’t followed it AT ALL.

I finally gave in to my Mexican food craving last night. I stopped at Trader Joe’s on my way home from work to get some things for the weekend and when I got home decided we’d make Mexican food. Of course we had no ingredients to make Mexican food. Sigh. I was not going back to the grocery store.

Michael suggested we go out to dinner. I said sure. I was done with the whole meal planning thing! We went to Iron Horse in Sellwood. It was easy to say yes to Mexican food because I was starving! Since I worked out before work on Wednesday I spent the rest of the day hungry. I wasn’t prepared for that hunger either and didn’t pack the right food for the day. Bad move on my part.

I ordered the enchilada platter. It had 3 mini enchiladas. One with beef and mole sauce; one with chicken and creamy avocado sauce; and one with pork and verde sauce. Of course it came with rice and black beans.

I liked that the enchiladas were tiny. I ate the beef and mole enchilada, some of the black beans and most of the rice.

Of course I ate too many of the chips and salsa (but it was good). I’m glad I restrained myself and only had one enchilada.

I’m happy with my restraint. When I got home I also discovered that a belated birthday gift had arrived from my brother!

He lives in Philly. Hopefully he’s not completely snowed in there…He sent me some fancy olive oil that looks like it’s from France.

I’m really excited to try it. Back to some things I’m not so excited about…Meal Planning. Why was it so easy to fall off the wagon?

This was supposed to make my life easier. Come on…give me tips!

QUESTION: Any suggestions for this frustrated meal planner?

That Was a Hard Day