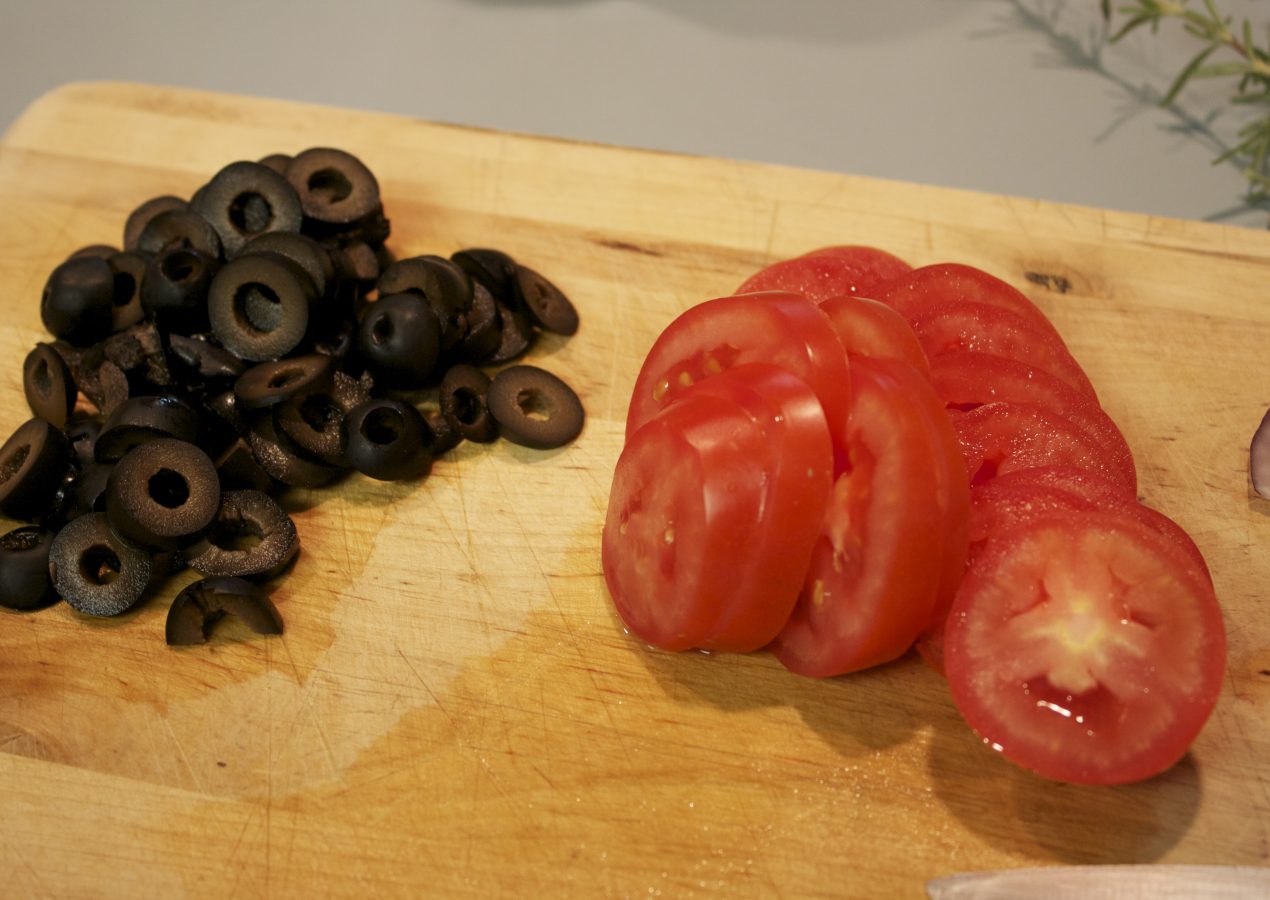 Do you ever have one of those mornings when it’s just a pain to get out of bed? It was so comfortable and warm and I was having a hard time motivating myself to get out from under the covers. Eventually I got up and went to the gym. It was a decent workout but not the greatest. I was still feeling like I was in a funk and the gym was extra crowded so I felt like I was fighting for space the whole time.

I took it easy on the weight lifting because the forecast called for SNOW in Portland! If I was going to be snowed in the rest of the weekend my only workout option would be weights.

For lunch Michael made us polenta and sausage. I was famished and ready to eat everything in sight so it was a good choice.

It was a blustery, nasty day in Portland on Saturday. I wrapped myself in a sweater and got cozy with Netflix for the rest of the afternoon. I never really got any more motivation to do much. Oh well!

Saturday night our friends came over for pizza night! It’s been awhile since we’ve hosted a pizza night. It was good timing too; after the bad and stressful week it was good to be social. We made two thin crust pizzas with various toppings (red onion, goat horn peppers, olives, pepperoni and tomato).

The pizza turned out great and the fresh rosemary that’s growing in my garden is STILL growing! I love it.

Our friends Dave and Kat brought their adorable daughter Norah. She’s a year and a half now and walking and talking up a storm. It’s so cool to see them grow and learn. Fat Kitty was curious but scared of the new creature in the house. She was fascinated by the kitty but he wasn’t having any of it!

At one point, I was holding Fat Kitty on my lap and Norah came up to him and gave him a kiss on the nose. It was totally adorable and he behaved himself until she tried to do it again, then he hissed at her. 🙁 It will definitely take some getting used to on Fat Kitty’s part.

After dinner I served up some dessert for everyone. It was vanilla ice cream with chocolate, graham crackers and marshmallow. A s’mores dessert! Yum!

It was a fun night and the best part: Kat helped me with my camera! She taught me a few things and showed me how to use a computer program to fix the color in the photos. I am so grateful that I know just 1% more about my camera than I did yesterday. 🙂

As for the big “SNOWMAGEDDON” in Portland….yeah…not so much. Just a lot of teasing:

QUESTION: Have you introduced new pets or babies to your cats? How did they handle it? Did they ever get over it and like the new addition?