Another Surprise on the Scale 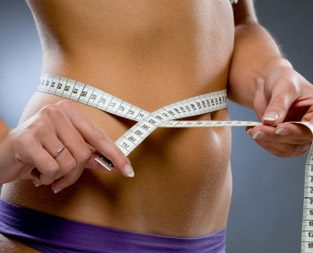 Let’s recap February, shall we? I was sick for a week with no appetite but at the same time ate a lot of comfort foods. I also didn’t exercise for a week. Add to that lots of stress eating because of various dramas I’d rather not share with the whole world. I did do something right, though: burning tons of calories snowshoeing, weight lifting a lot and eating really good whole foods (less junky meals).

The night before weigh-in I ate tons of salty tortilla chips with guacamole, one beer and not enough water. I was dreading my monthly step on the scale but decided I needed to just accept responsibility for my actions (and overeating) and just DO IT. Once again I was completely surprised by the number I saw.

I am officially back to the lowest weight I have EVER been. Ever. 14 months ago I weighed 159.5. I have now lost ALL of the weight I gained on Celexa. 16.5 pounds gone! Yippee!

I also measured. I have no idea how I screwed up the measurements in January and February. But I will compare the numbers to November instead.

I think it’s safe to say that I am very happy with the scale today! QUESTION: How are you doing on Week One of Losing Weight? Have you done any of the steps?

Now for the heart-to-heart. If you haven’t read Beth’s post on Motivation and taking responsibility for her obesity, I suggest you read it asap. It was heartfelt and honest and I could relate to everything she said–I’d experienced it!

If you’re looking for a little boost of motivation today maybe this story will inspire you. I touched on it a little bit a year ago, but I didn’t go into it much. I thought I’d open up a little bit.

3 years ago I weighed around 160 pounds.  I’d worked so hard to lose 90 pounds and I was so close to my goal weight. That’s when it happened: I felt a lump in my breast.

I freaked out immediately, of course. I had that sinking, cold feeling in the pit on my stomach and somehow I just knew it wasn’t something to be ignored. I leaped out of bed and called my doctor. I couldn’t get in to see her for about 3 days. I contemplated calling in sick to work and staying in bed but decided not to–distraction was needed.

I’d been dating Michael for maybe a month at this point. I’d known him for about 5 months though as we’d been email buddies that “talked” every day. So even though it was only one month into our relationship I felt like we’d been together for months. Yet I didn’t tell Michael about the lump. I just couldn’t.

I was afraid that I had breast cancer.

I felt all alone.

And I was afraid of how Michael would react. Some guys are super shallow. And I know that if a guy didn’t want to date me because of something like this he ISN’T worth it! But I wasn’t thinking rationally at this point. Luckily this experience brought us closer together. Michael turned out to be The Rock. I discovered that he is 100% the Knight in Shining Armor. He will selflessly help and support anyone in need. He’s good that way.

You want to know what my FIRST thought was after the doctor confirmed that I had a lump in my breast?

I should have lost weight sooner.

So many times since that experience I’ve been thankful that I got my act together and lost the weight: not just for the obvious reasons. What if it HAD been cancerous? And I never caught the lump because I was obese? I’ve wondered that many times and I still kick myself sometimes for waiting so long to lose the weight.

There’s lots to be grateful for.

QUESTION: What is holding you back?

Self Love and Realization