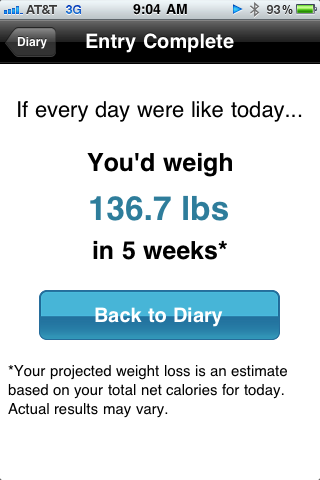 There were so many great comments yesterday from readers. Brie asked about advice on getting into a swim suit when overweight. Since swimming was something I’d always loved, it was easy to get over the fear and anxiety of the swimsuit. I also wore a plus-sized swimsuit that had a little skirt attached to it. It covered some of my thighs and butt and made me feel a little less self-conscious. It was something similar to this.

My pre-workout snack last night were some Wheat Thins and slices of smoked Gouda. I had about 6 or 7 and then settled in to workout from home. I canceled the recordings of Heavy. I’ve given up on the show. It’s a shame they ruined a great show in such a stupid way–and mid-season too.

I started with the Cardio Burst (15 minutes). Anyone have some tips for the Burpee? It’s a good workout move because it gets my heart rate up but I feel awkward doing it–like I’m not doing it right.

Then moved onto part of The Be Explosive. Straight Leg Kicks are awesome and will tire you out. I only did 15 minutes of this 30 minute workout because honestly–I was losing steam. I was feeling less and less motivated to keep going at break-neck speed and was ready to hop on the bike. Calories burned during Nike Training App Workout:

I watched Law & Order SVU and an episode of NCIS while I pedaled on the bike trainer and tried to participate in the #fitblog chat on Twitter. It was a good one, too, because it was all about injuries and how we deal with them physically and emotionally. I think I can say I relate. 🙂

After I was done, I made us salads while Michael cooked the steak.

I had one glass of Cabernet Sauvignon with the steak dinner. Michael and I split the large sweet potato.

I was under my calories for the day, even after having some dessert. According to My Fitness Pal:

Hmm. I doubt that. But it’s nice to see the encouragement. My body is never quite as fast as what My Fitness Pal says it should be and I doubt that I will see that kind of weight loss.

On another note, I recently tweeted that the Whole Foods sour cream I bought was awful.

It was so gross. I am not super picky about my light sour cream but I couldn’t eat it. It was just off. The texture, the flavor…ick. I checked to see if I had somehow bought some sort of weird non-dairy version or something but nope, it was just gross. I will stick with my Tillamook sour cream in the future!

QUESTION: Did you workout yesterday? And did you participate in the Twitter chat?