Sunday afternoon I drove up to Seattle to spend a few days with my mom and to go to my great Aunt Mary’s funeral. She passed away last month at the age of 95! She lived a really long, full life and had three kids and one grandkid. I love hearing the old stories my grandma would tell. The two of them lived together (unheard of at the time) in their twenties instead of getting married. They went traveled together and went on road trips and best of all went DANCING! Every night! My grandma was quite the dancer. 🙂 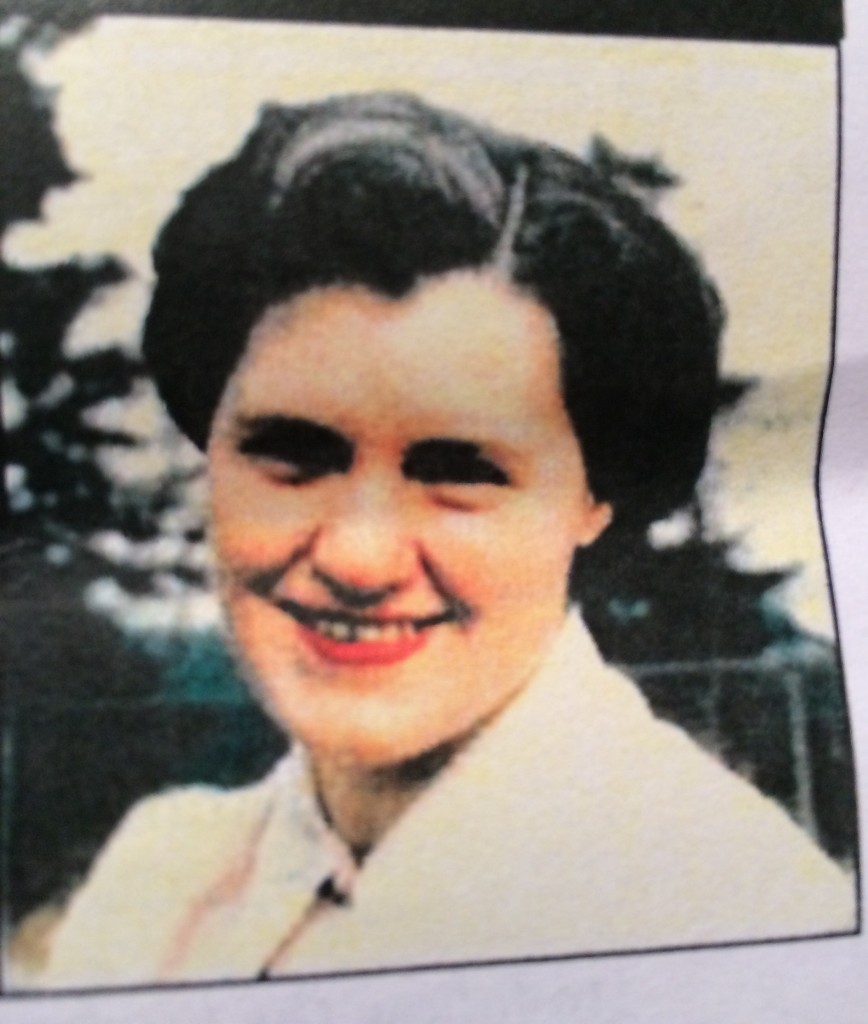 It’s so cool to hear those old stories because that wasn’t the norm in the 1930’s and 1940’s…women left their parent’s house and immediate moved into their husband’s house. While I was visiting I got to see some old photos of my grandparents on their wedding day: 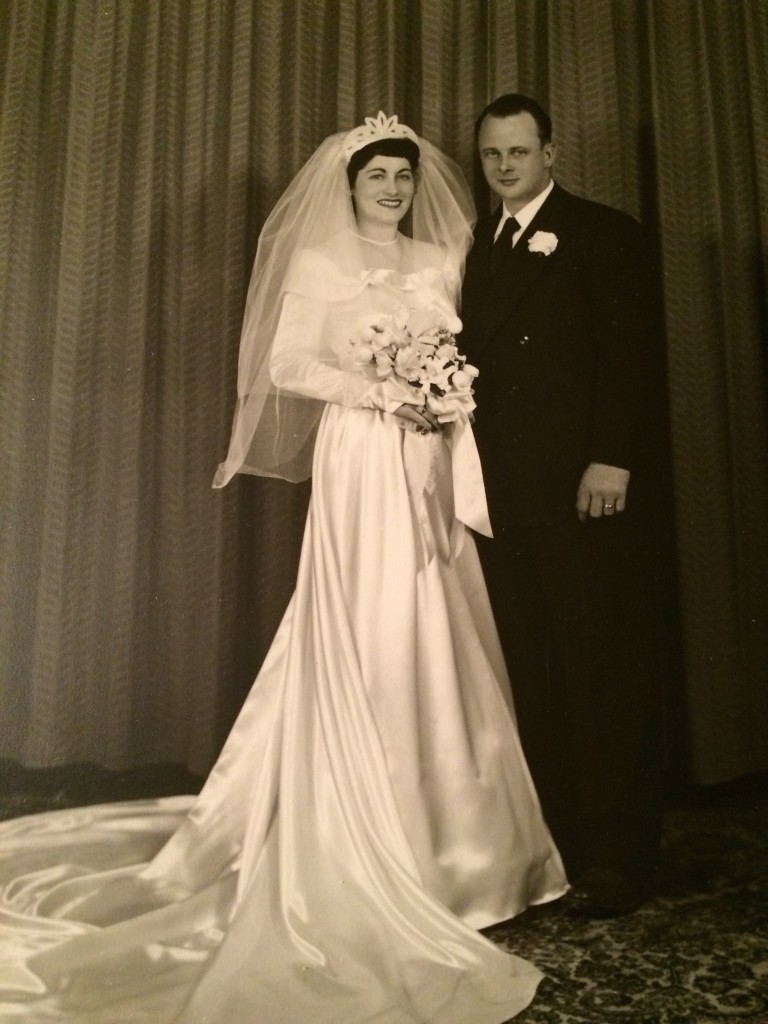 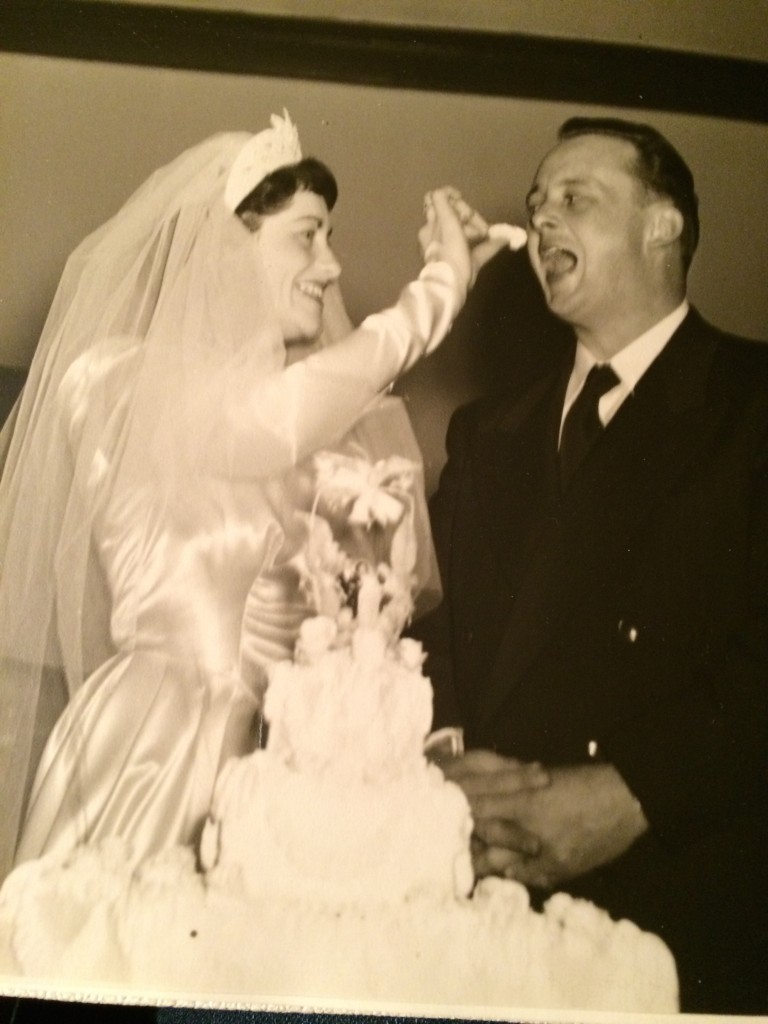 My grandmother recently moved into an apartment, after living in the house she had with my grandpa for something like 62 years! Change is hard. I think the rest of the family is having a harder time with her moving than she is! She seems to be loving her new posh pad (which my aunt decorated gorgeously!).

So Sunday I got into town and my mom and I went to see my grandma at her new place and then met my aunt (the talented decorator) for dinner at the Bengal Tiger Indian restaurant. I rarely eat Indian food because Michael’s not a fan (same story with my mom–my dad doesn’t like it so she never eats it) so it was a nice treat to go out! 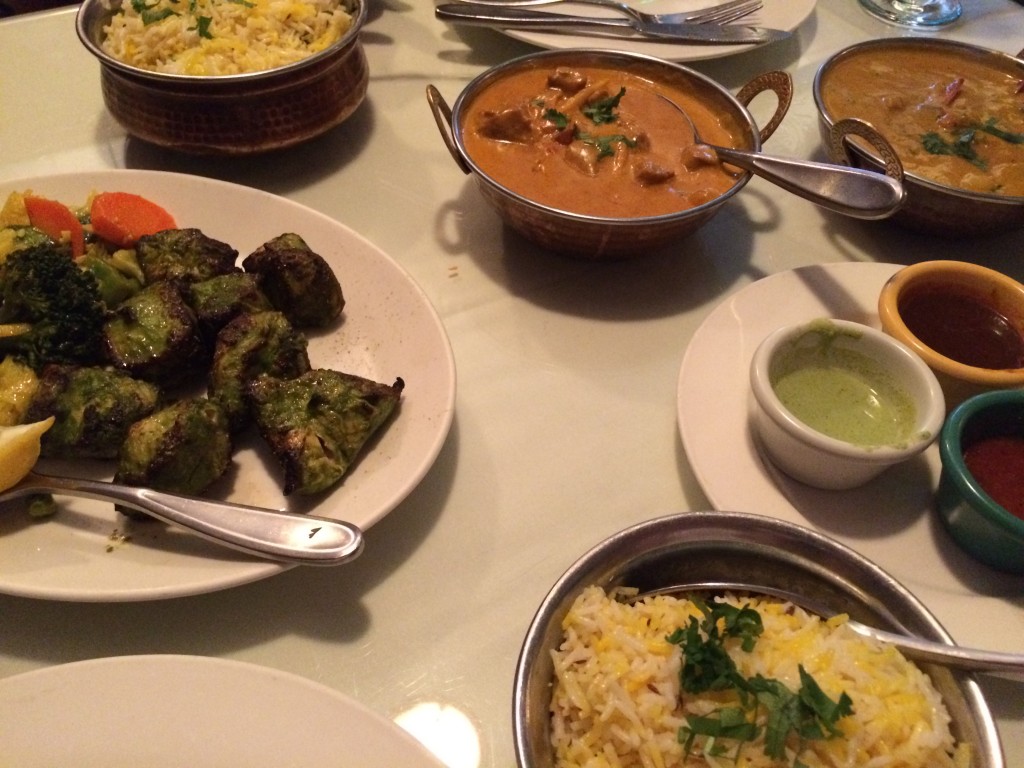 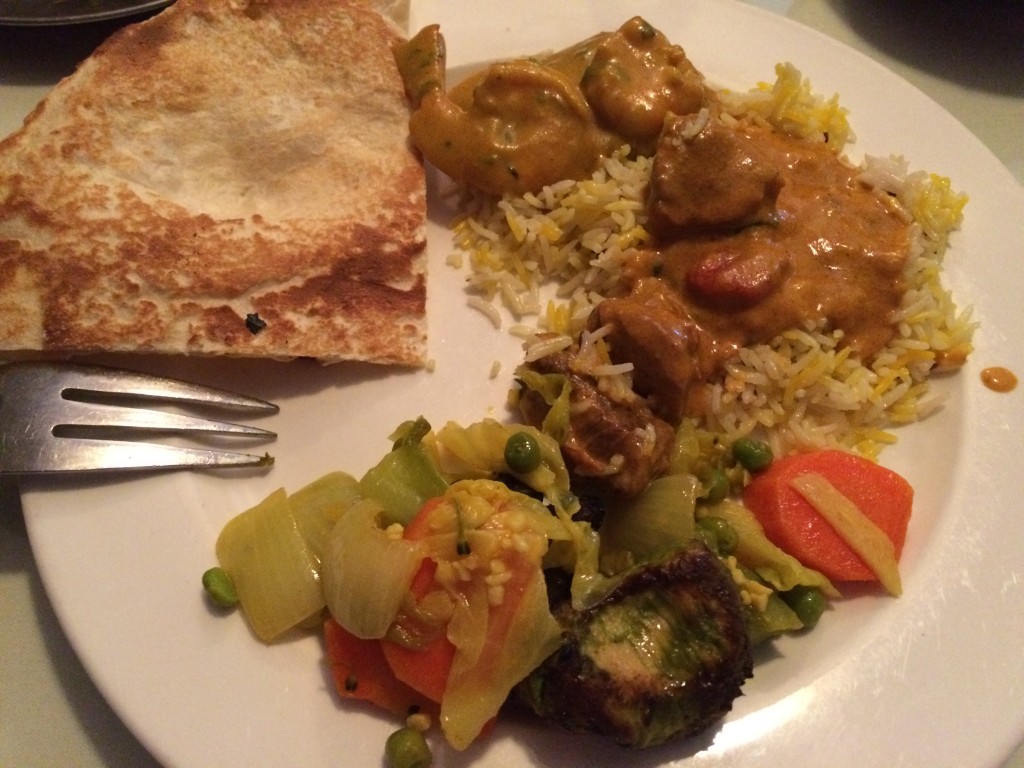 I have no idea what we ordered now. But it was delicious! I had a little bit of everything. Monday morning I got up and went to the gym. Then my mom and I spent the day puttering around. I went to see my other grandmother who is in a nursing home and we did some stuff around Seattle, and then got to go through some of the old family heirlooms. Like this gem: 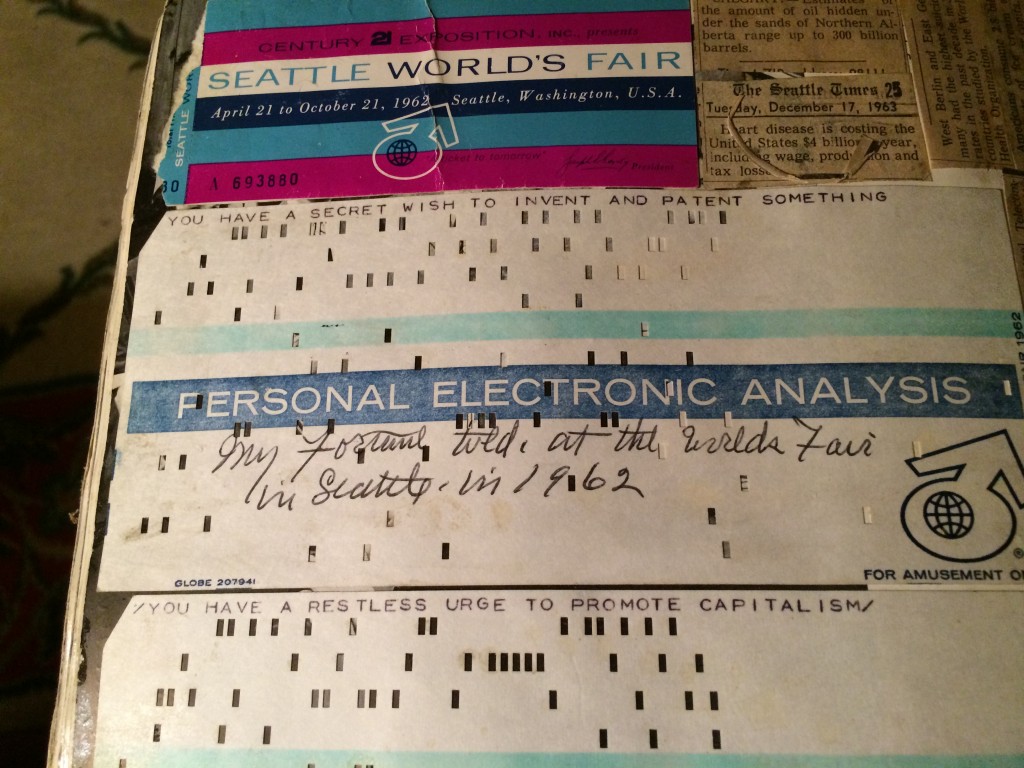 My great-grandfather went to the Seattle World’s Fair in 1962 and had his fortune read. 🙂 My great grandfather was actually quite the writer. He used to keep journals and there were many many (too many to count) volumes of his journals that he actually COPIED for all of his 7 children so they’d have a copy. And by copy I mean hand-written. Before xerox. He re-wrote every single journal (and I think there were like 25 or 30 of them in each set). As a teenager I actually went through my grandmother’s copies and tried to read them. My plan was to transcribe them and type them up but I don’t know that I ever finished and I don’t know what happened to what I worked on. Some of it was difficult to read, too. 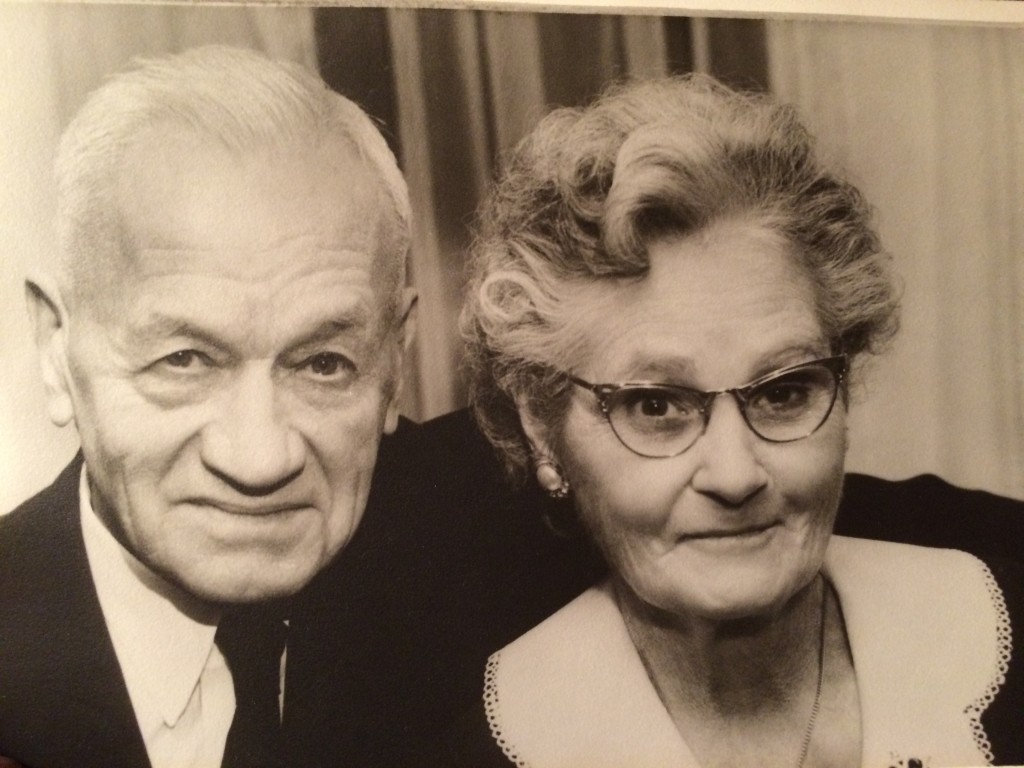 But he also kept journals of newspaper clippings. Like this one: 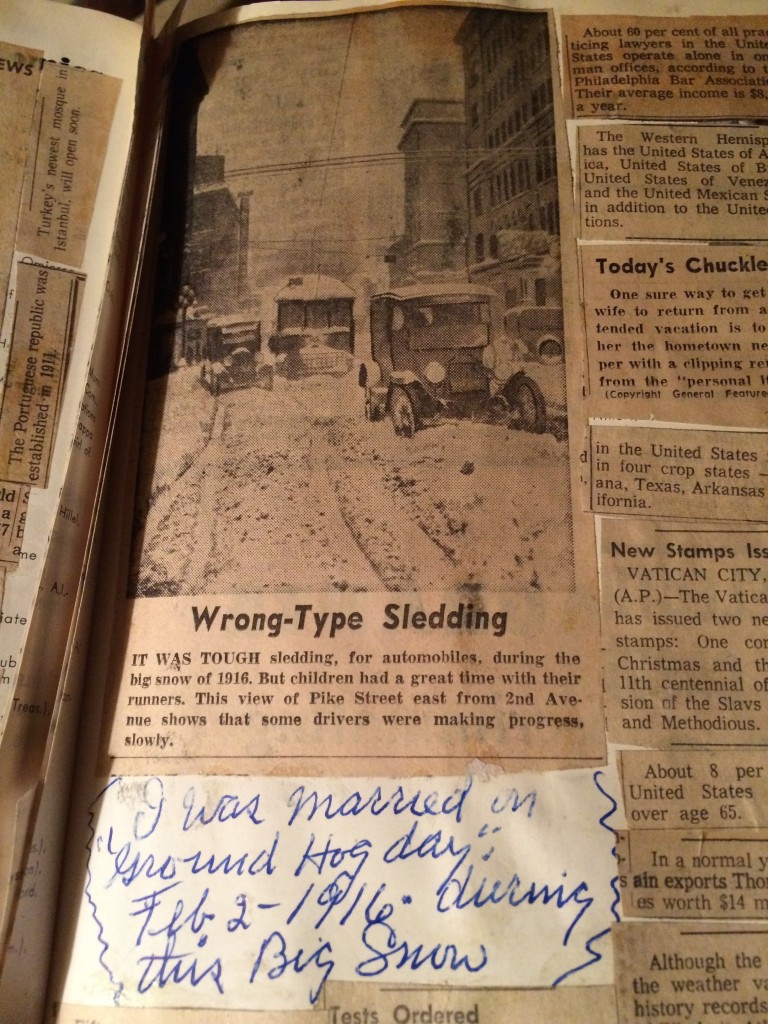 He got married on Ground Hog’s Day 1916 during “the big snow.” 🙂 I find this stuff SO fascinating! I would LOVE to go through all the old journals and books of newspaper clippings.

Then we grabbed dinner at this magical place: 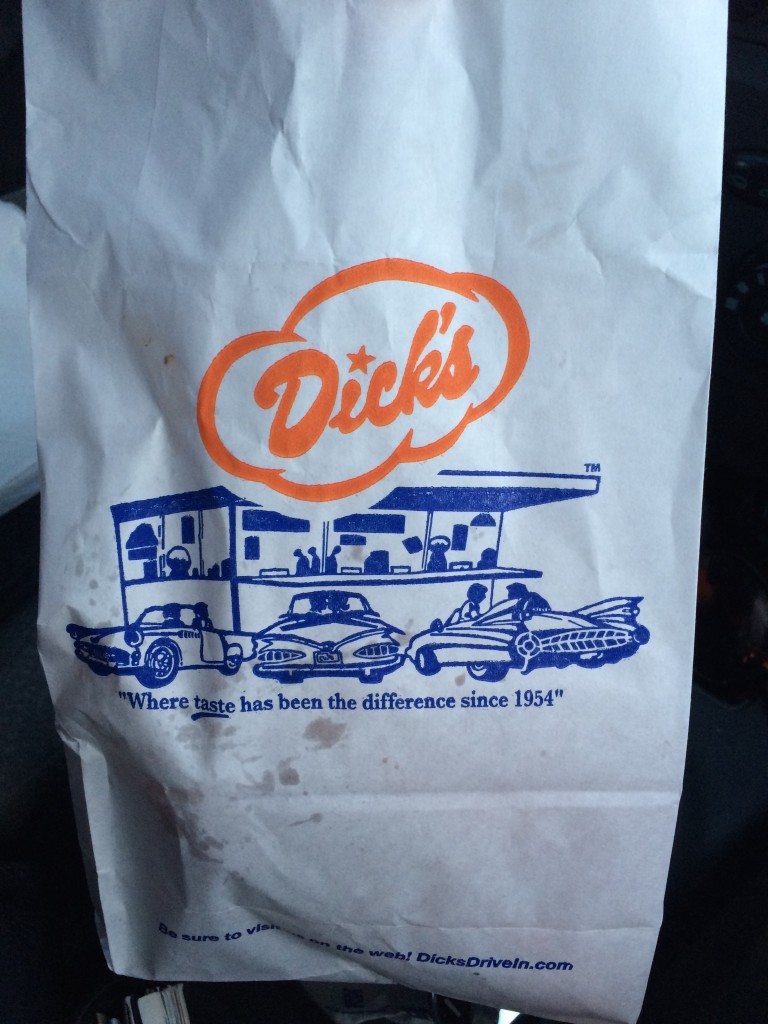 Tuesday was the funeral. They were saying the rosary at 10:30 and the funeral mass started at 11. It didn’t finish until nearly 1pm and then there was a lunch at the church. It was a REALLY nice service and the Eulogy was written and read by Mary’s son Pat. He did a great job. Mary’s daughter, Margaret, was actually the person who took me to my first ever concert! She was the cool older cousin (I guess my second cousin?) who my mom and dad gave permission to take me and my group of friends. Man, times have changed haven’t they? But I think I was 14 and Margaret took us and we all had a great time (White Zombie, L7, The Melvins, and Babes In Toyland was the concert!!). 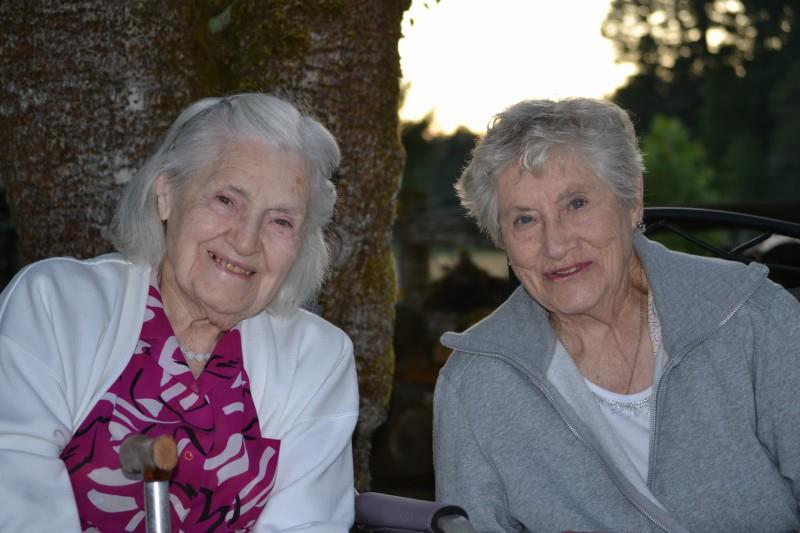 Anyways, Mary is in the left, my grandma is on the right. I remember going to Aunt Mary’s house as a kid in the summertime because she had a swimming pool! In Seattle!! Which was unheard of it. But as kids we’d go over there and splash around and she’d make us lemonade and lunch and she was always so sweet and gentle. That’s how I remember her, very sweet. 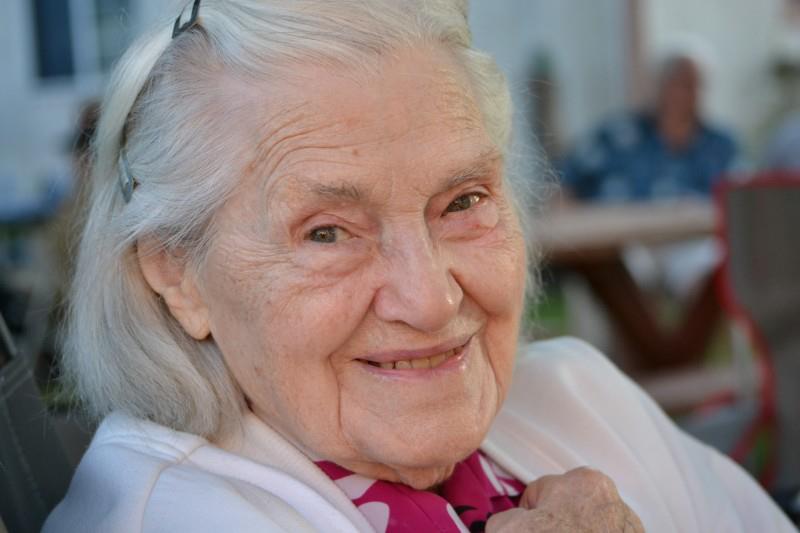 I took those photos a few years ago at our family reunion. When both Mary and my grandma busted out the harmonicas and started playing. The funeral was really nice and mostly positive. She’d lived such a long, full life, it is hard to be sad but I’m still a little sad. And sad for my grandma that she lost her sister.

I didn’t end up staying for the St. Patrick’s Day party after the funeral (Aunt Mary always threw a big party) which was disappointing but I had a long drive back to Portland and wanted to miss Seattle rush-hour AND Portland traffic if I could. I said my goodbyes and hit the road. It was a good trip and I’m glad I got to spend some quality time with family.