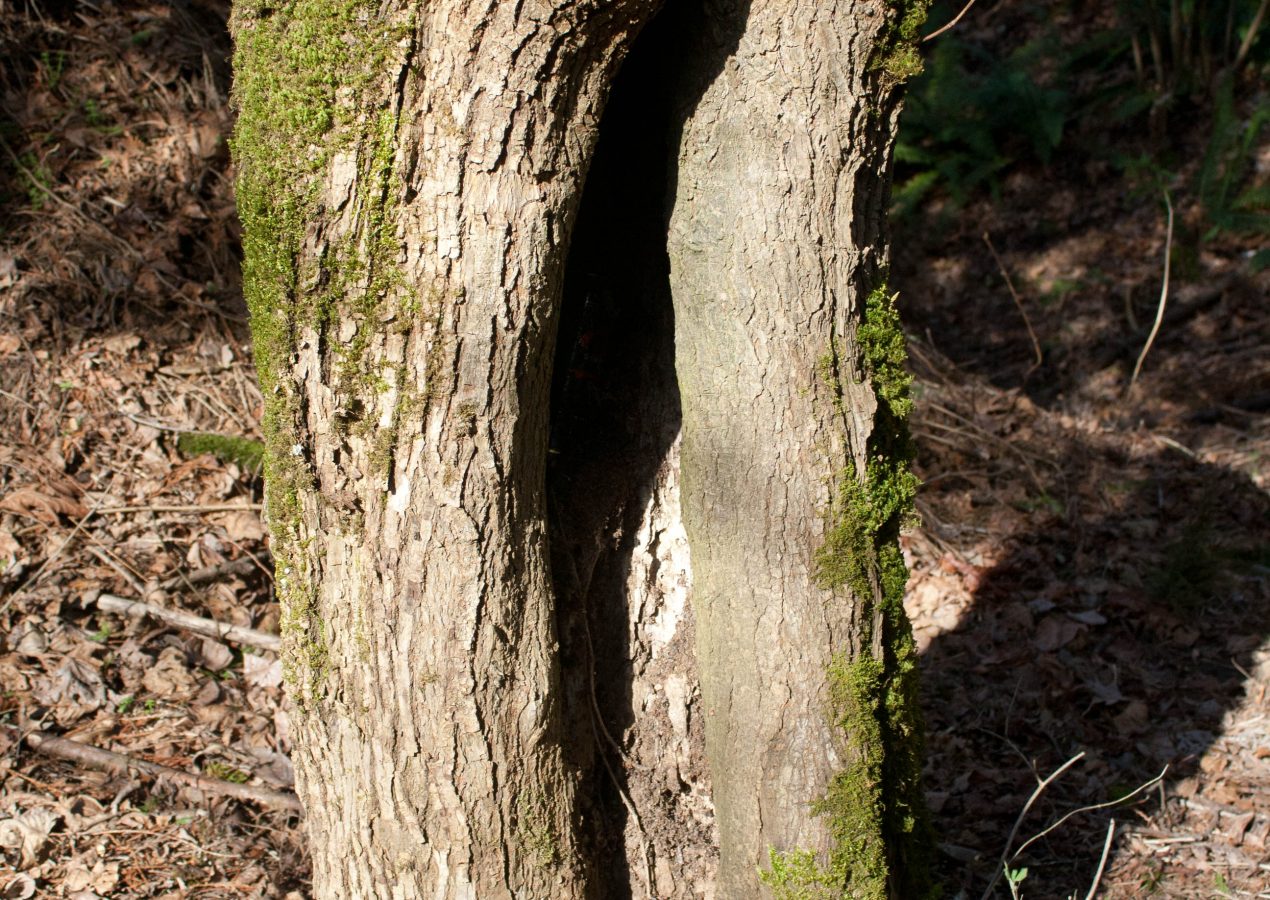 It was a really nice Sunday and I wanted to do something outside to take advantage of the sunshine. Originally Michael and I had discussed going for a bike ride but we changed our minds. Poor Michael hadn’t slept well the night before and wasn’t up for something strenuous and I had just gotten back from the pool so I wasn’t looking for a crazy second workout, either.

I did some research and discovered that there was a Nature Preserve near us so we decided to check it out after lunch. First stop: lunch at Baja Fresh. I hadn’t been there before. It was decent. I got the “skinny” fire-roasted chicken bowl.

It came with rice, black beans, zucchini, onions and lots of salsa. It was pretty good. I ate about 1/2 of the bowl and saved the rest for leftover lunch. After lunch we headed up the street to Mount Talbert Nature Preserve.

The Sunnyside entrance to the trailhead was a little strange. We drove through an apartment complex to get to it and almost missed it because it wasn’t clearly marked. I think there might be other trailheads on the other side of the park.

The trail was quiet and really cool. It reminded me a lot of the Marquam Trail that Michael and I did awhile back. I did not bring hiking boots because I thought it was going to be manicured trails like Mount Tabor. The trail was pretty muddy in some places. I would recommend hiking boots simply for the mud.

The trail was a steady uphill climb for most of it and there were several forks in the trail. There was a summit trail and then a loop that looked like it wasn’t as steep. We chose to do the summit loop.

The trail was pretty quiet. We didn’t see many people out there, just a few hikers here and there. I was surprised at how big the preserve was in the middle of the city, and we didn’t even see most of it.

There were signs at the trailhead warning of poison oak, so beware. Another good reason to wear hiking boots! We didn’t go “off trail” except in spots where we were trying to avoid the mud.

It was a really warm day and even though the trail was short, it was pretty steep. I wish I’d been wearing my heart rate monitor because there were parts of the trail where I was a little breathless! The trail may have been short, but it was a workout. I took off my sweater because I warmed up so much.

We got to the top of the summit but unfortunately there wasn’t much there and there wasn’t much to see. I thought there would be a view. The summit trail continued down the other side but we decided to back track the way we came. I had no idea how big the preserve actually was and didn’t want to get lost!

Going down the trail made my quads burn a little bit (lunges!!) and I definitely wished I had some hiking boots on. My old running shoes did not have the right traction for a downhill, muddy trek.

We got to the bottom of the trail in no time. And we saw more people taking advantage of the sunny, warm day!

I commented to Michael that it would be a good trail running park. He didn’t think so because of the exposed tree roots on the path. Any trail runners want to weigh in on that? I might be up for trying it someday.

It was short but it got my heart pumping and it was a great way to spend a surprise sunny day.

QUESTION: Are you a trail runner? Any recommendations for a newbie?

A Visit From Charlie