I’ve learned a lot of things during my journey to lose 100 pounds and keep it off. Some of the things I learned were a huge “duh” moment, but honestly sometimes the simplest stuff is the hardest to learn. I wanted to share a few things that worked for me. The biggest tip I can give anyone trying to lose weight: make it as easy as possible to make good choices. This means don’t keep tempting junk food in the house, don’t go too long without eating a meal, keep healthy options in the house so you don’t slip up, and so on. 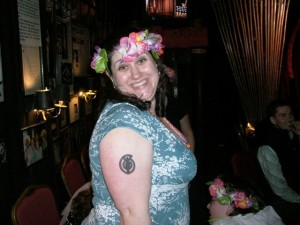 Here are some more tips I’ve discovered along the way:

Keep a gym bag in car. This is a useful tip because you never know when your plans might change and you have the opportunity to workout. I keep some spare workout clothes at work and in my car just in case. It’s nice to have that option.

Go straight to the gym after work. I’m not a morning person so I usually head to the gym after work. This sometimes makes for a long day but I always feel better after I do it. I found that if I went to the gym or pool straight from work instead of stopping at home, I was more likely to actually DO it! Going home first just makes me tempted to stay home. It’s easy to get sucked into TV, computer stuff, chores around the house…Eliminate the option to be lazy! 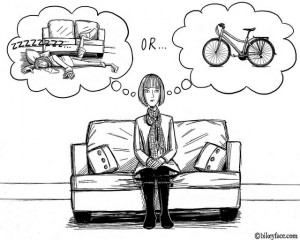 Pick a gym close to your house or office. This is similar to the “go straight to the gym after work” tip. If you are like me, you don’t want to commute very far, especially after a long day at work. I have always known that if the gym was too far from my house I’d be less than motivated to go. Also, it should be easy to get to if you don’t have a car. There have been a few times where my car broke down, or something happened and I wanted to work out but didn’t have transportation. Luckily I was within walking or biking distance.

Get into the habit of eating fruits and veggies for snacks. This little tidbit really does work. Even when I was 250 pounds, I still loved fruit and ate it quite a bit (sugar tooth!). But getting into the habit of eating fruit and veggies as snacks made it so much easier to get used to healthy eating. It became such a habit that I didn’t even think about it–when hungry in between meals I would reached for an apple or strawberries. Eating fruit and veggies feels normal to me, and eating junk food feels weird. 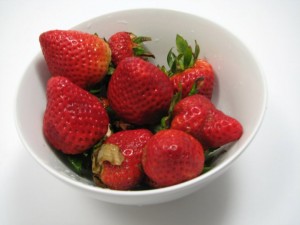 Pickles. This might seem like a weird tip but it works. If you crave salty and crunchy (i.e. potato chips), grab some pickles first. I am definitely a sugar person but once a month I get a mad craving for salty things. Pickles satisfy that craving for me and they are only about 5 calories!

Surround yourself with positive, supportive people. I cannot emphasize this enough. It is really easy to get stuck in that “woe is me” trap. I had some friends who also struggled with their weight and we would commiserate together–whine about how we weren’t losing weight, complain about the process, talk about the fatty foods we missed…and before you knew it, that resolve to do better was gone. Kind of like that “misery loves company” thing. It’s so much easier to lose the weight and stay on track when you have cheerleaders pushing you forward! 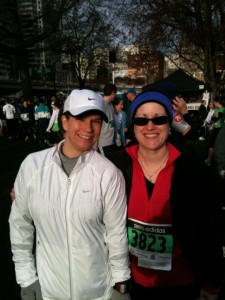 Be the change you want to see in other people. When I decided to get healthy and change my lifestyle, I never once told any of my friends who struggled with their weight that they should lose weight, exercise or eat differently. It wasn’t my place to say anything. But I was happily surprised when several friends started to follow suit after I lost some weight. It was cool to hear that my losses inspired them to make their own changes.

QUESTION: Have you learned any tips and tricks in your own journey?