Trying to lose weight post-partum has definitely been a struggle (as I’ve written about many times here). The fitness aspect hasn’t been the struggle for me. The food has.

I feel like part of the problem is that for nearly 10 years I was on a “plan” that worked. After losing 110 pounds, I kept the weight off by working out consistently and by counting my calories. I logged my food pretty diligently for almost a decade. With a few blips here and there, I kept the weight off. I could splurge on treats or go out to dinner and still maintain my weight with about a 5 pounds fluctuation up and down.

When I got pregnant I did not eat for two. I increased my daily calories per my doctor and I still worked out. And then after Logan was born, (after taking about a month off from counting calories) I was back to logging my food but I was still eating a lot of calories. Every time I tried to lower that daily number my milk supply was effected.

I am pretty proud of myself for staying “on track” while pregnant. But I admit, I did give in to foods I didn’t really eat. I had managed to mostly kick my candy habit while losing and maintaining my weight loss. Sure I had treats and dessert (homemade cookies or ice cream, or chocolate) but I stayed away from the candy bar type stuff that was always a trigger for me.

While I was pregnant I craved two things: orange juice–which I started drinking a glass of with breakfast every day (probably 150 calories worth–and I COULD have drank several glasses of juice, but controlled myself) AND Reese’s Pieces candies. I have NO idea why those were the two cravings I had while pregnant with Logan but they were. Once he arrived, I cut out the juice. 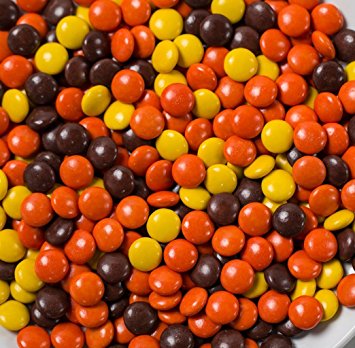 The candy? Not so much. I am still eating candy on occasion and I absolutely hate that it’s so hard for me to kick that habit. It’s no secret I’ve always struggled with sugar but…dammit, why is it so hard this time around to STOP the sugar??

Let’s get back to that.

So I am still hovering around the 13-pounds-left-to-lose-mark. Ideally I’d like to lose 20 but 13 is my goal. I talked to my doctor recently and she suggested I reduce my daily calorie base to 1400. (She also suggested I try going vegetarian, but that’s a whole other conversation. 🙁 )

I decided to give it a try and went from around 1600 calories a day to 1400. Sometimes I eat back some of the calories I burn in the gym but I am trying really hard not to eat all of it and try to stay around 1500 or 1600 total on work out days.

Reducing my calories to 1400 was a bit of an adjustment at first. The first week it felt really stressful because if you break it down, 1400 calories is NOT that much food. So 400 calories for breakfast, maybe 100 for a snack, 400 for lunch and 500 for dinner. Yikes! I’d see my number of left over calories getting smaller and smaller…and I’d feel discouraged and sometimes I’d beat myself up. But after the initial hunger and getting used to that number, it wasn’t that bad. And sometimes I even found that I’d bring snacks to work and I didn’t really need them.

Since going back to work full time, I’ve started working out a few days a week during my lunch break. The gym at work can be kind of crowded, especially on bad weather days and Mondays. So I’ve adjusted my lunch hour around in order to work out earlier. In the past I would have a snack before working out –fruit or Greek yogurt or a low carb protein shake–and then work out, shower, and eat lunch at the normal time. But shifting to an earlier lunch hour to workout, I noticed that I didn’t need my morning pre-workout snack anymore.

So I wondered, How much food do I really need?

I decided I could probably skip my morning snack on workout days and just workout. Then eat lunch later. And I’d be fine. And it helped me stay at my lower calorie range.

I have no idea how many calories are the “right” number. I mean, I workout a lot and pretty intensely. So how do you find the proper balance between how many calories you need to not completely crash and still get your good workout in? I pose that question because I honestly don’t know the answer.

Recently I decided to give it another shot. First, I decided to try doing the lower-carb diet again. I kind of gave up on it this summer. I lost about 7 or 8 pounds on it when I first tried it in the spring but I stalled out and just felt like I was torturing myself and not seeing any results–so I stopped and just counted my calories every day and didn’t care about limiting carbs.

Second, I decided to try and cut out the candy. Recently at the store I did not buy ANY treats! None. I am going to try going cold turkey on the dessert/candy/treats and see if that also helps.

Last week in addition to cutting out candy and sweets (other than fruit and my coffee creamer), I decided to give the lower-carb diet a try again. So last week I went back on the bandwagon.

I stopped buying sweets and desserts and was surprisingly able to give up the candy without noticing too much of a hardship or craving. The carbs? I was somewhere between 50-75 grams of carbs for each day. I felt like crap all week, honestly. I felt run down and like I had the flu–but I didn’t. I just felt exhausted and burned out and my workouts suffered and my mood suffered….I’m sure it was cutting out carbs.

So no bread, pasta, rice, etc. No potatoes, reducing the fruit I eat (I had raspberries for dessert two nights). I’m eating more protein and fat. I’m hoping this second week will be better–and that I will feel less run down. I know that’s pretty common in the beginning when you go low carb….UGH.

The good news? I weighed myself over the weekend and was pretty happy to see a 2 pound loss. I have no idea if that’s the low carb diet or cutting out sugar or both. But if this trend continues, hopefully I can relax and just be in maintenance mode in a few months! I do not believe a low carb lifestyle is the right choice for my body type…but I’m willing to give it another try.