Logan slept in on Christmas morning. I think he was worn out from all the excitement! But he woke up and immediately said he wanted to see Santa! I told him that Santa already came to our house and he was home at the North Pole. 😉 Sleeping! 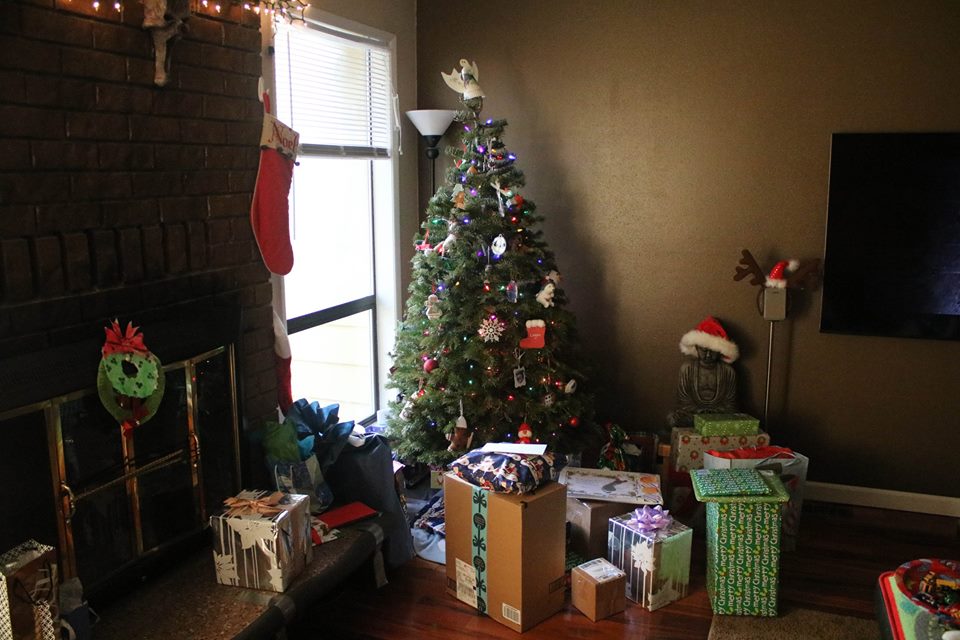 Logan opened a few presents with us and then we waited for my parents to come over for breakfast (scrambled eggs, sausage and cinnamon rolls). Stevie and Bella got to open their presents from Santa! 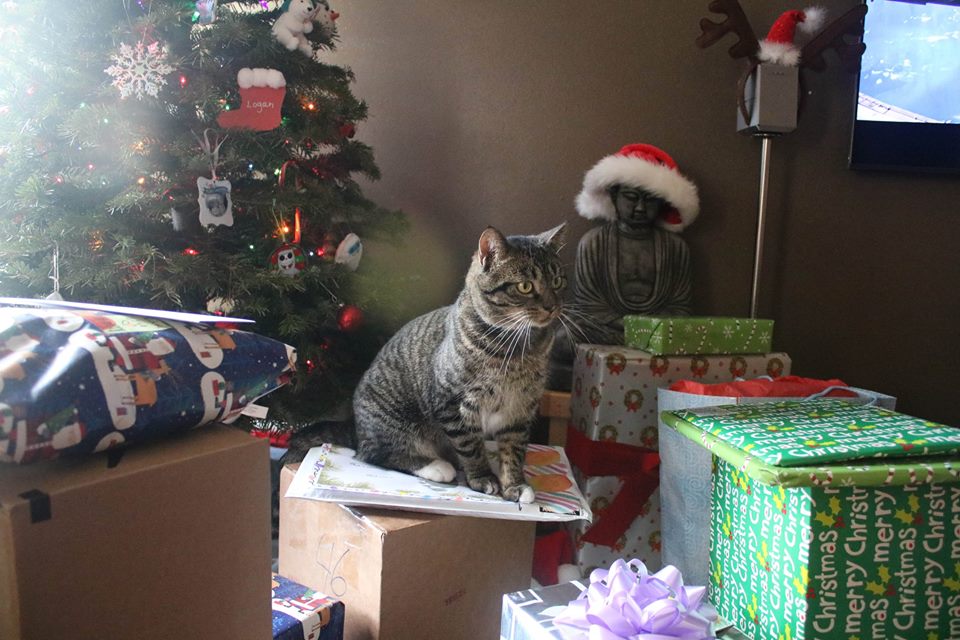 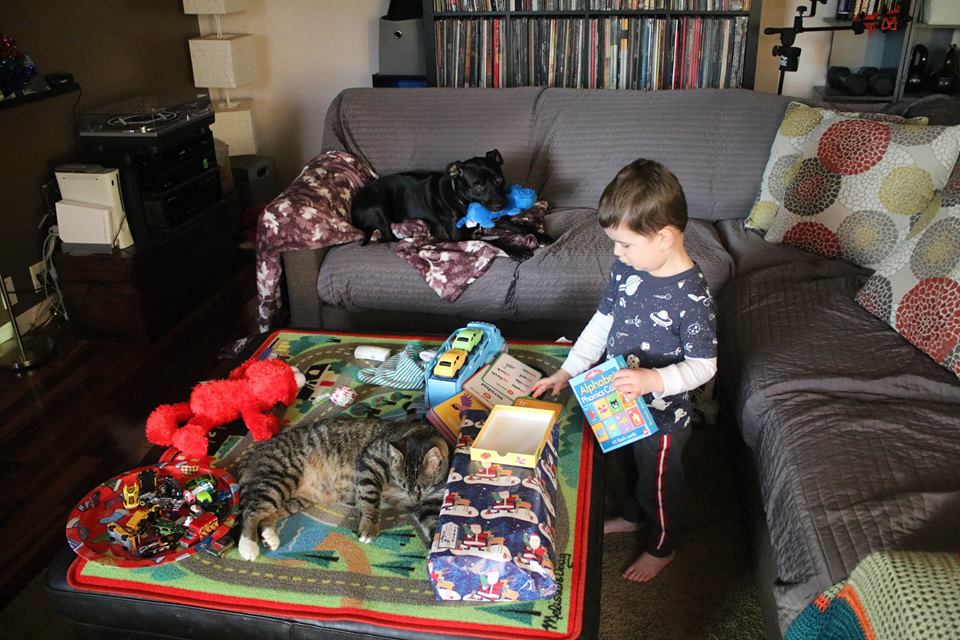 Then he got to open ALL his presents! Logan was so funny! He said “Oh that’s a good one!” To every present. 😉 He loved unwrapping them and he was excited about everything he got. 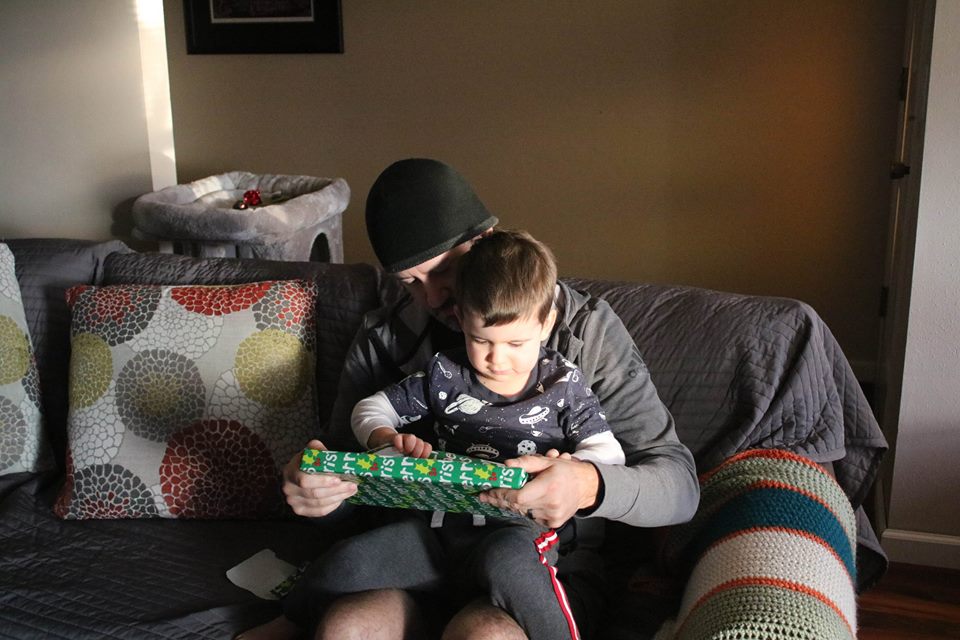 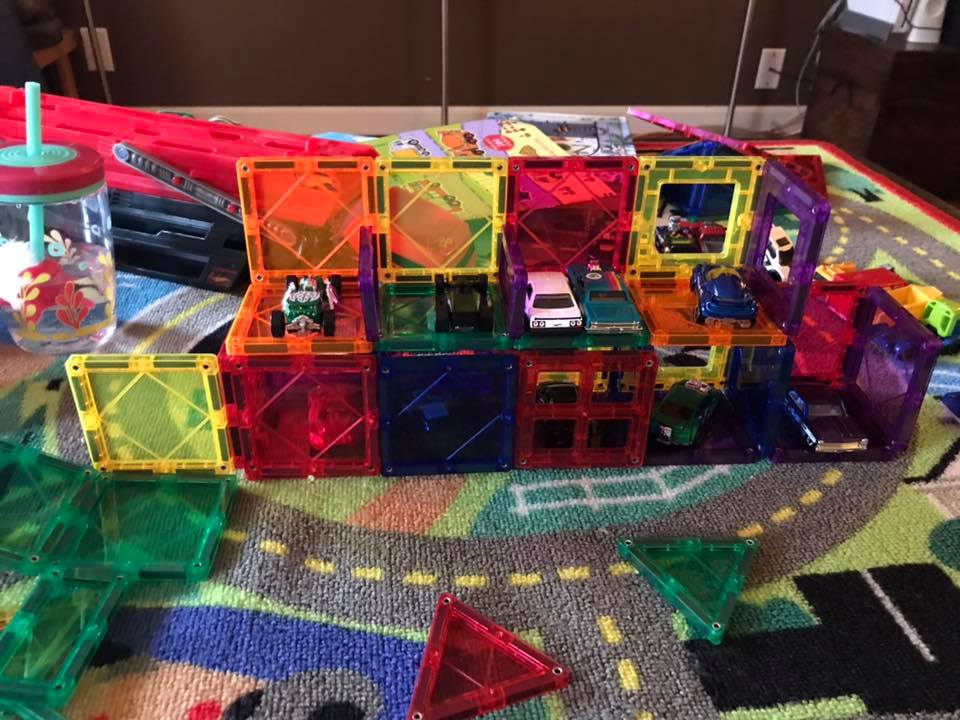 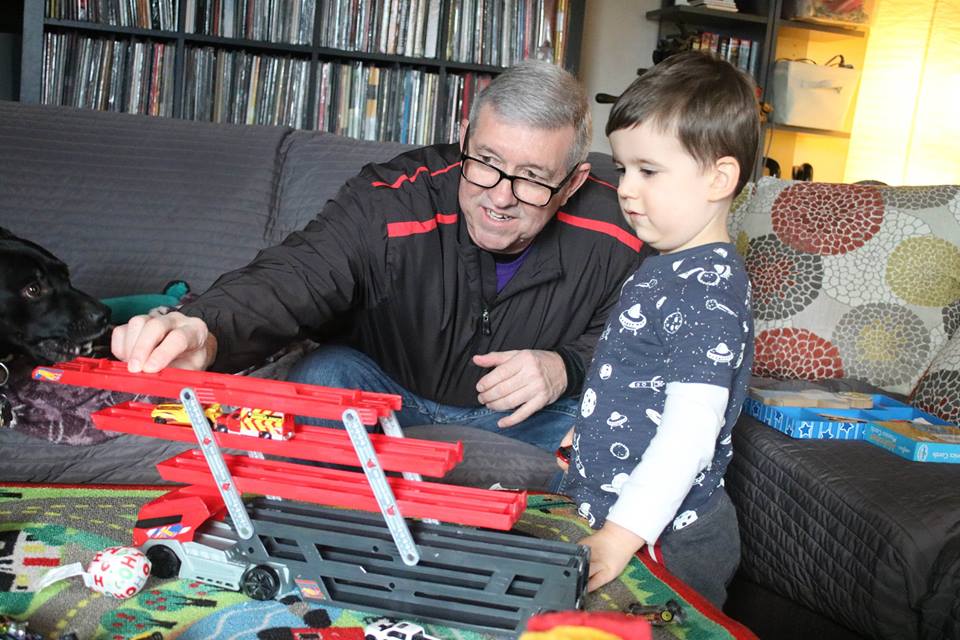 After all the presents and excitement, my parents headed back to Seattle. Logan asked several times if he could take a nap. You think he was overwhelmed? LOL He had lunch and then fell asleep in seconds. I had a quick lunch of leftover mac n’ cheese, took a nap, too, and then when I woke up I relaxed on the couch watching Die Hard and snuggling under the super soft blanket my brother got me: 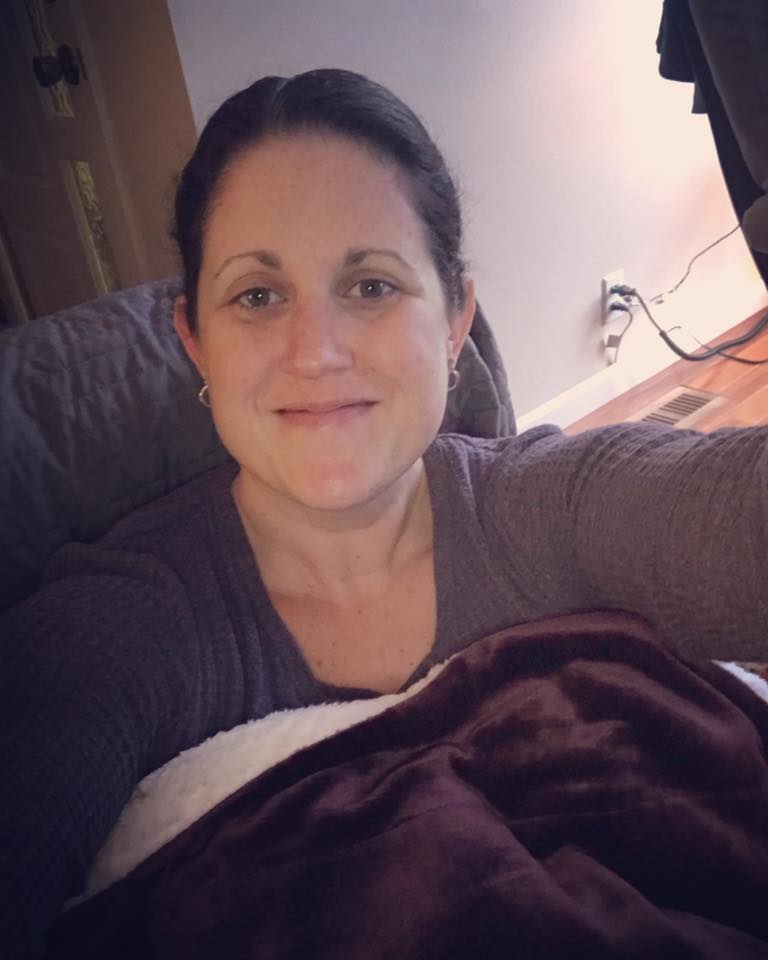 When Logan got up from his nap he was ready to play with all his toys and then it was time for round two! Michael’s family came over. We did presents first while Michael smoked and grilled ribs. 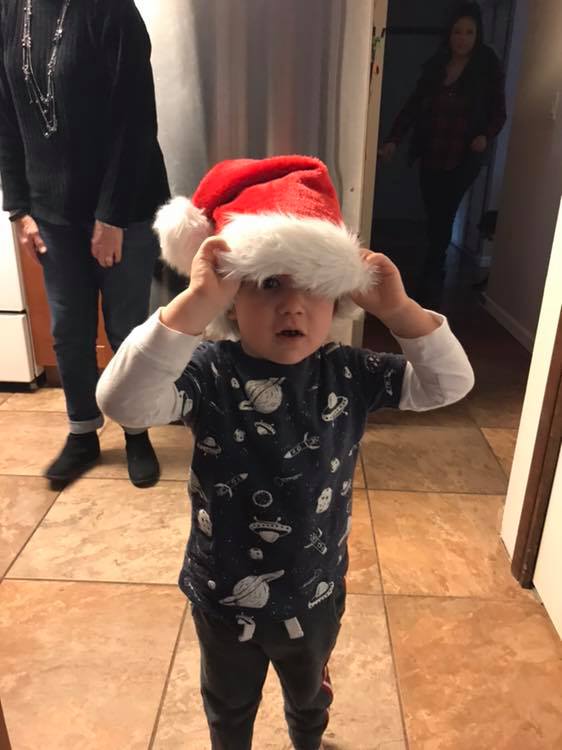 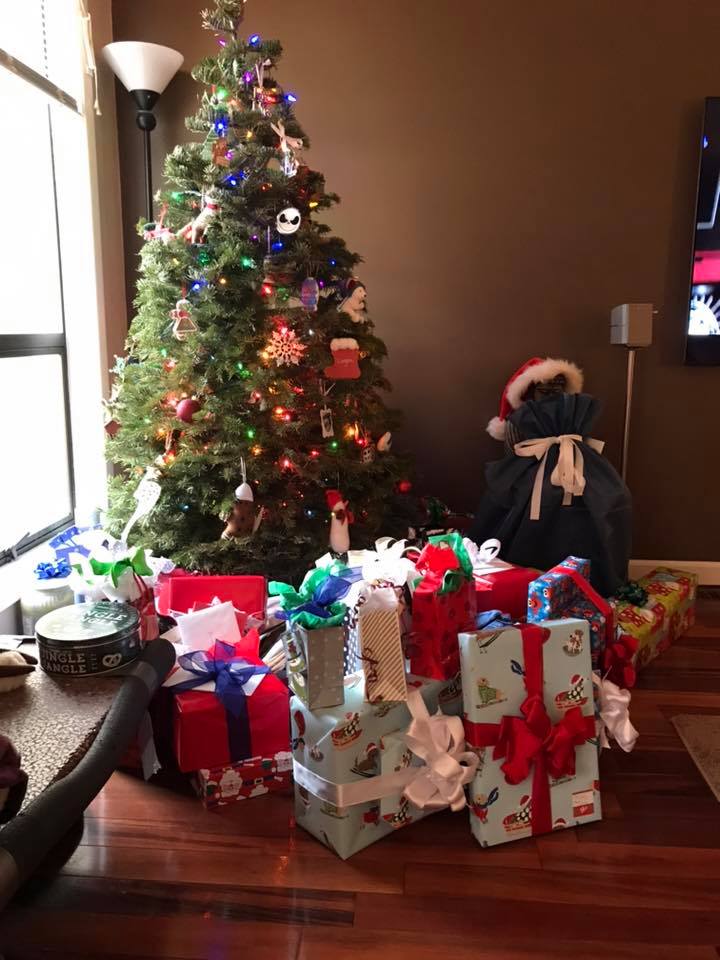 When dinner was ready we sat down to eat. Michael’s mom made delicious pinto beans and Michael’s brother brought coleslaw from Kenny & Zuke’s. So delicious! Dinner was fantastic! 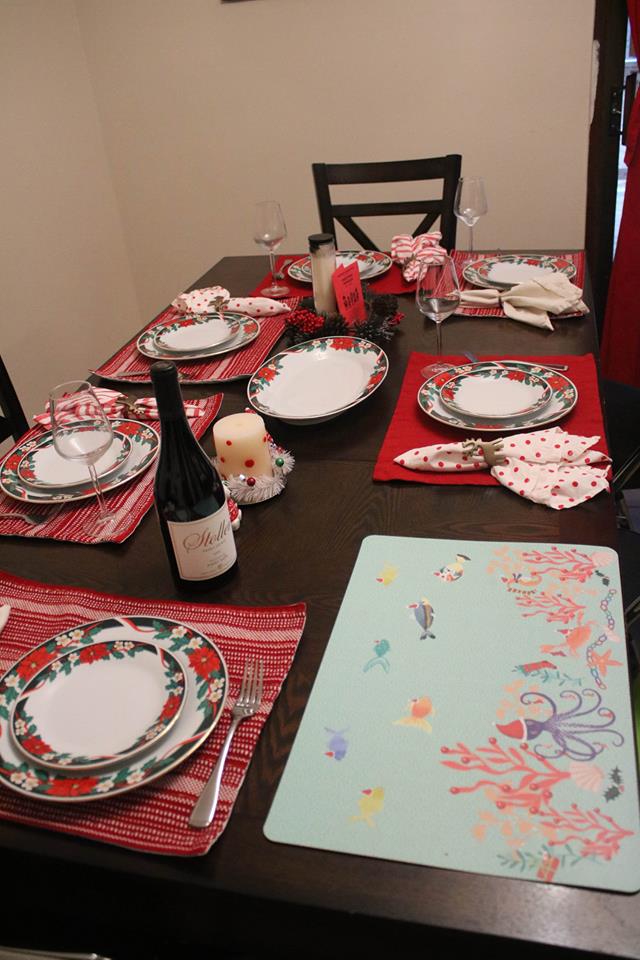 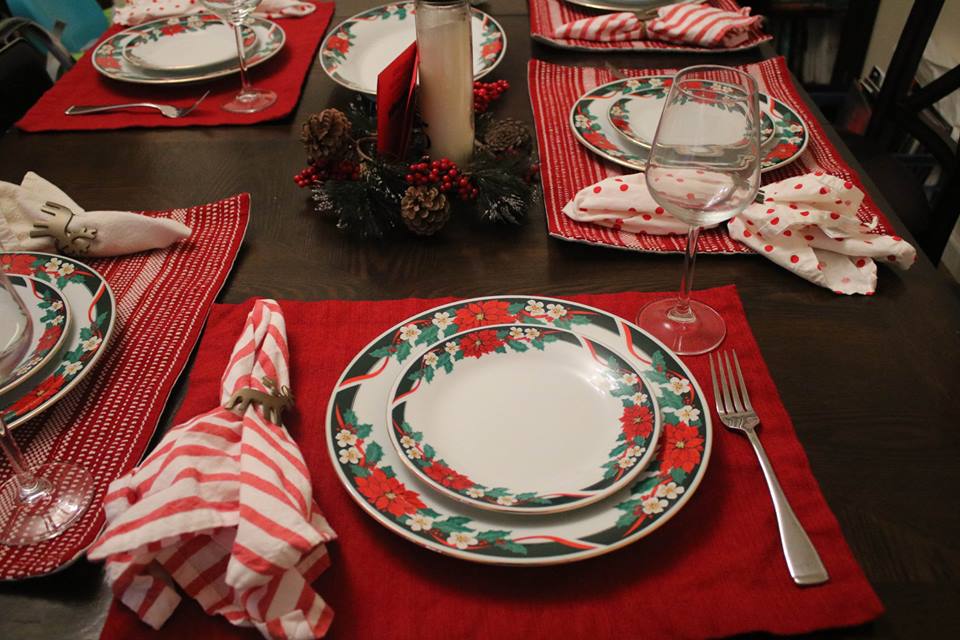 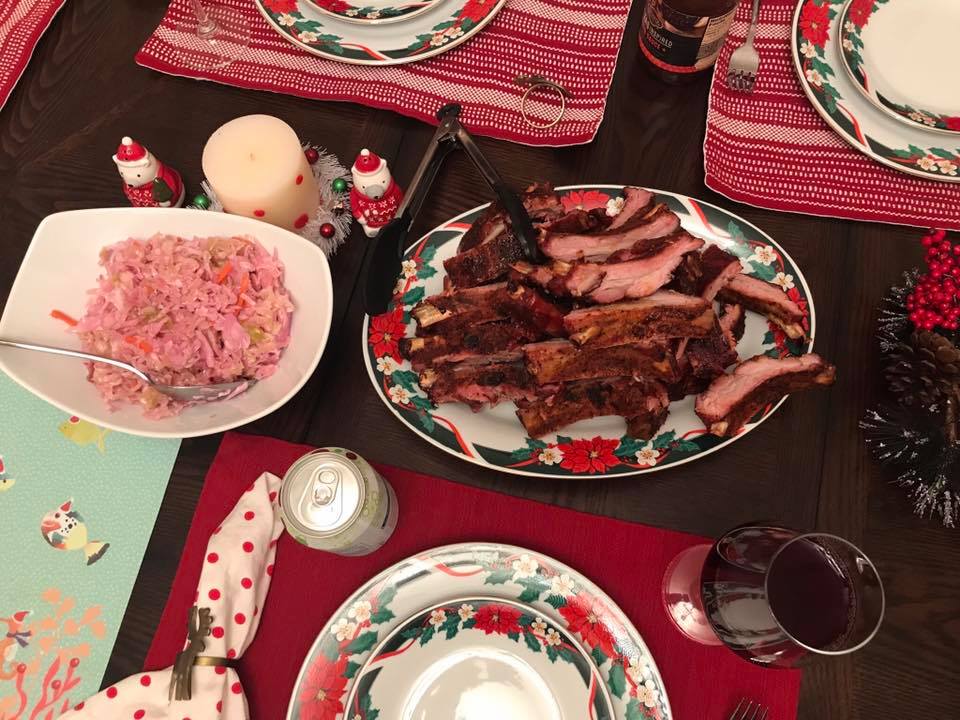 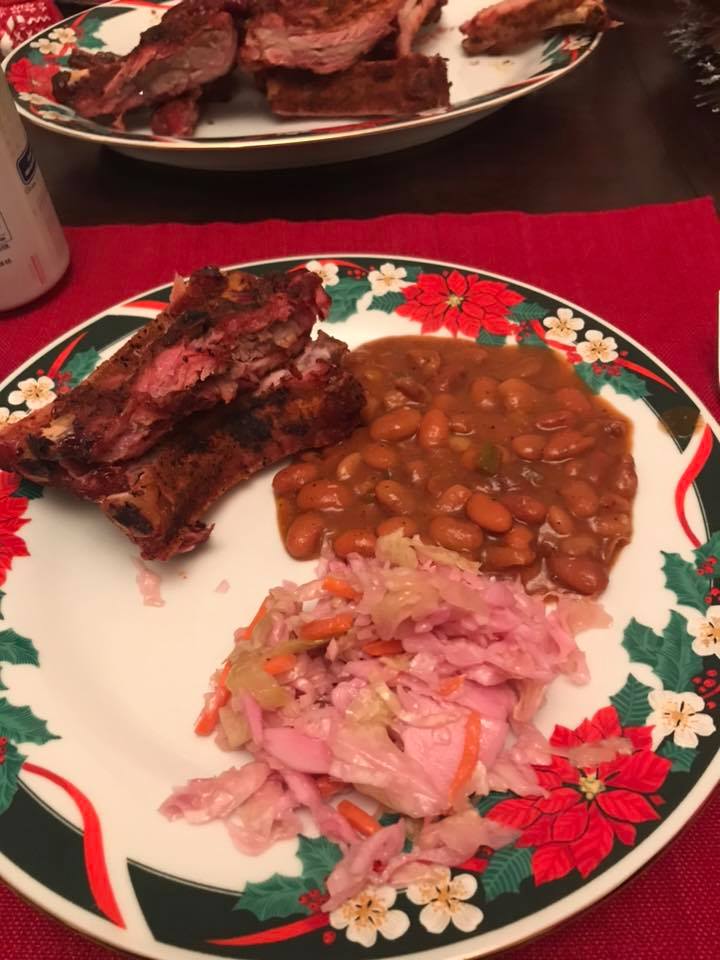 Michael’s sister made a ton of Christmas cookies and candy so that was dessert. She makes the best Christmas cookies. Of course there are tons of leftovers I am trying not to eat too much of. 😉 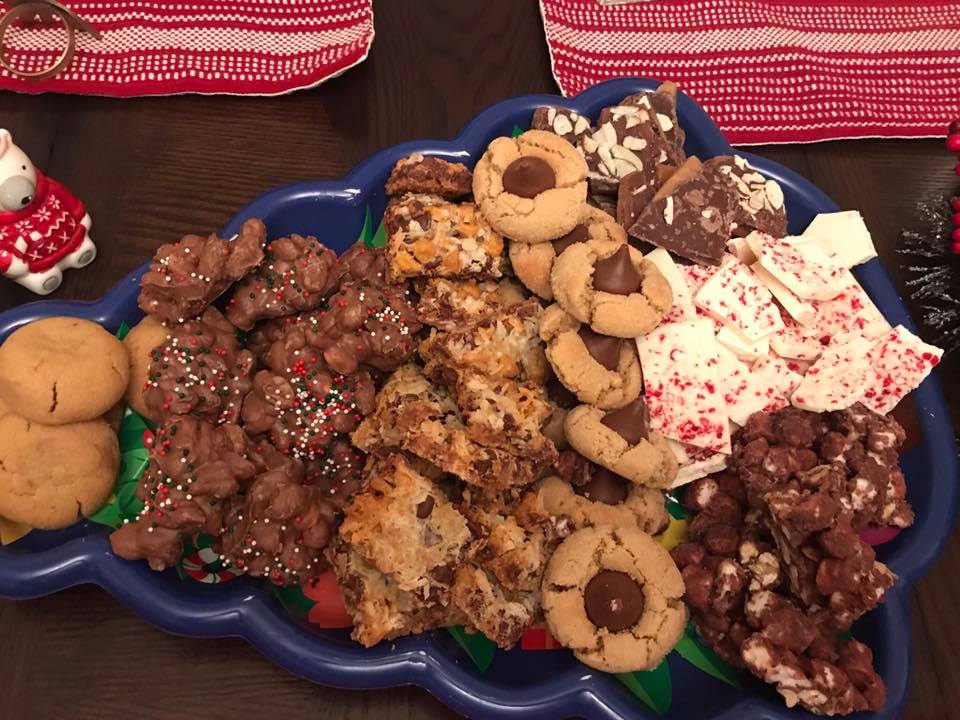 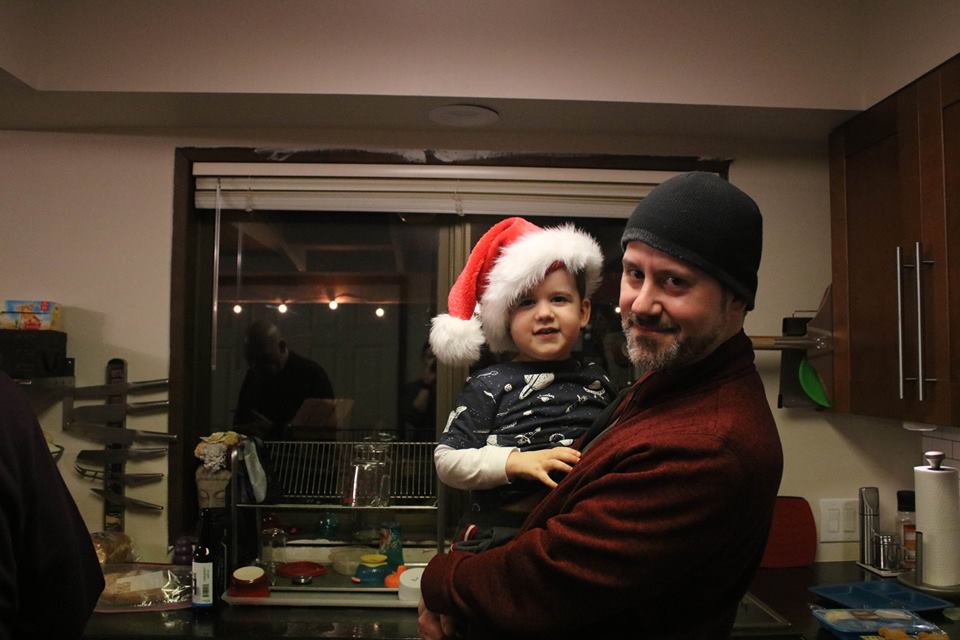 It was a really nice holiday and I’m glad we hosted. It was fun and I liked being able to have everyone together. Unfortunately, Michael and I both woke up the next day with head colds! I’m still sick and not feeling great. Hopefully I get better before New Years!

I had a nice long weekend–it started with Friday off from work, I went swimming and then met a friend for a pedicure. It was really nice to see her and catch up with her after a few months of us both being swamped with life. The weekend wasn’t awesome, honestly–lots of chores and errands and trying to frantically get ready for Christmas. BUT Christmas Eve was nice!

We got to sleep in a bit and then I took Logan to daycare and went to the gym and then Michael and I went out for breakfast.

I got the special. It was a decadent treat and not something I’d normally order but since I knew I wouldn’t be eating lunch I figured, why not? It was a cheesecake french toast! I got the half order (which was the RIGHT amount) and it was topped with a tart cherry compote. The cheesecake filling to die for. Seriously good. And I also splurged and got the habanero peach mimosa! SPICY! 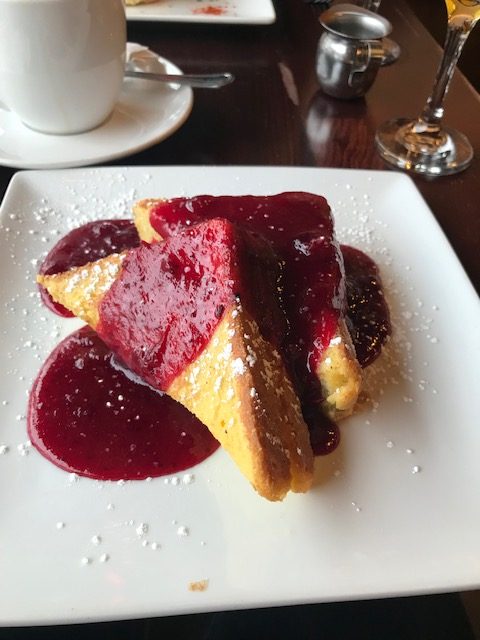 Then home and Michael started the brisket and I continued the sourdough process (and started the rosemary raisin sourdough I was making for Christmas dinner). My parents were driving down from Seattle to spend Christmas Eve with us. We decided to do a new tradition this year and host. It’s been harder trying to travel and fit everything in on one day with Logan.

My parent arrived after lunchtime (about the time I had the sourdough rising in the banneton basket and laying on the couch watching Die Hard. Then I we went to pick Logan up from daycare. Unfortunately, for some reason, he didn’t nap at daycare. I have no idea why (slightly annoyed by this) so of course he finally fell asleep at like 4:30. 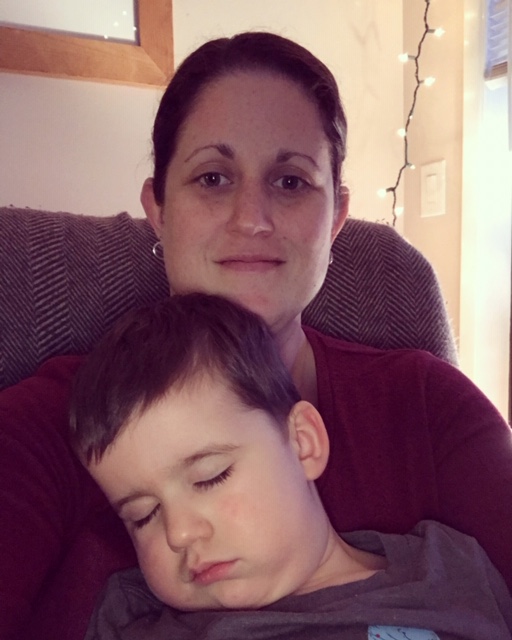 Anyways. Our friends joined us this year for dinner. They brought a delicious kale and spinach salad and homemade fudge! My sourdough turned out fantastic! 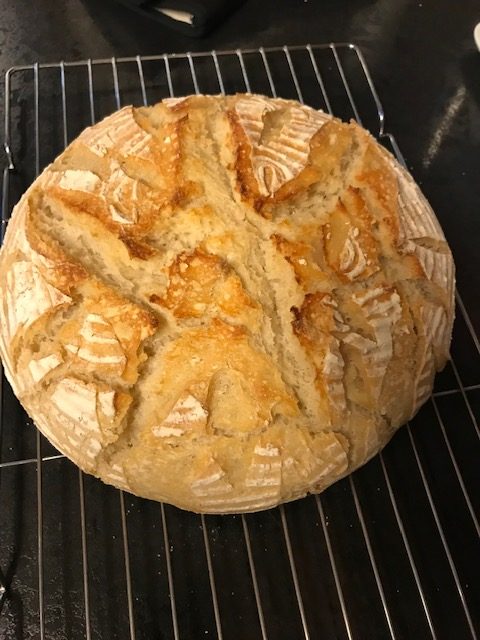 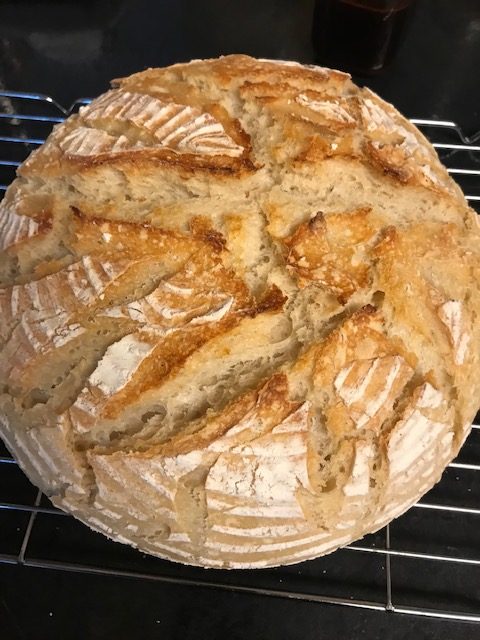 And Michael’s brisket was great, too. 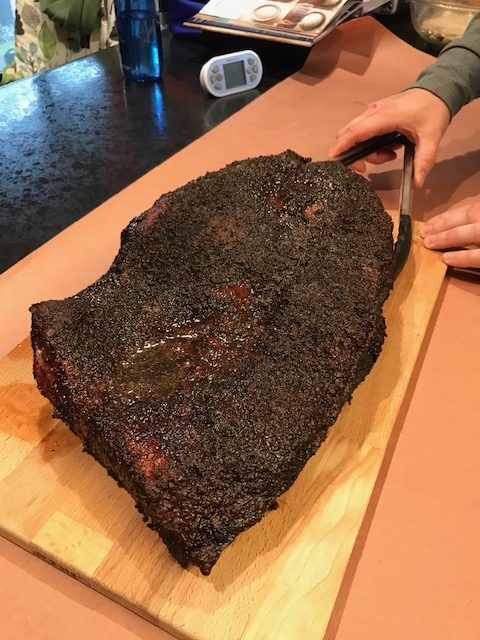 And he made his famous mac n’ cheese. It all went perfectly and everyone got seconds. There was still a lot of leftovers so people got to take some home with them. 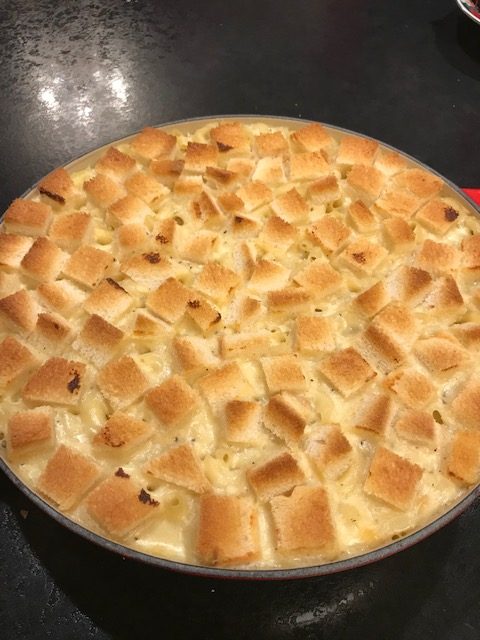 I got some new holiday napkins at Target and some napkin rings (a black Friday splurge): 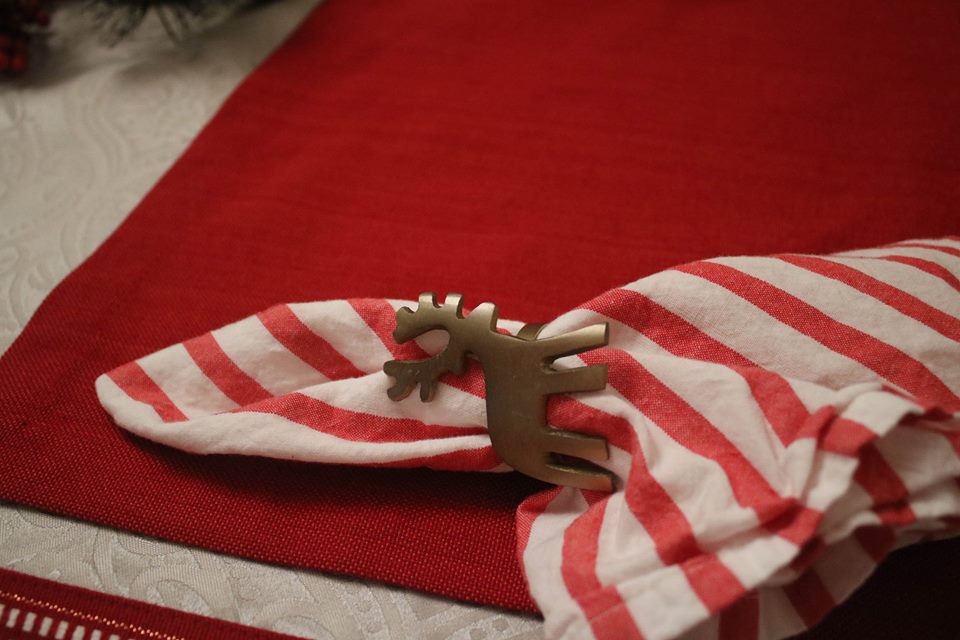 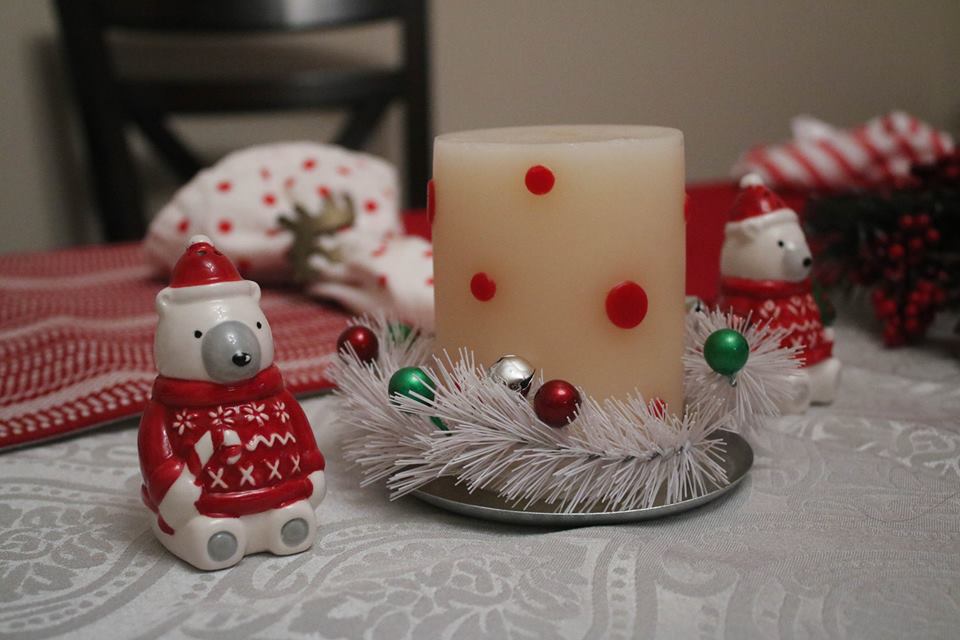 And Logan’s holiday placemat was a find from World Market: 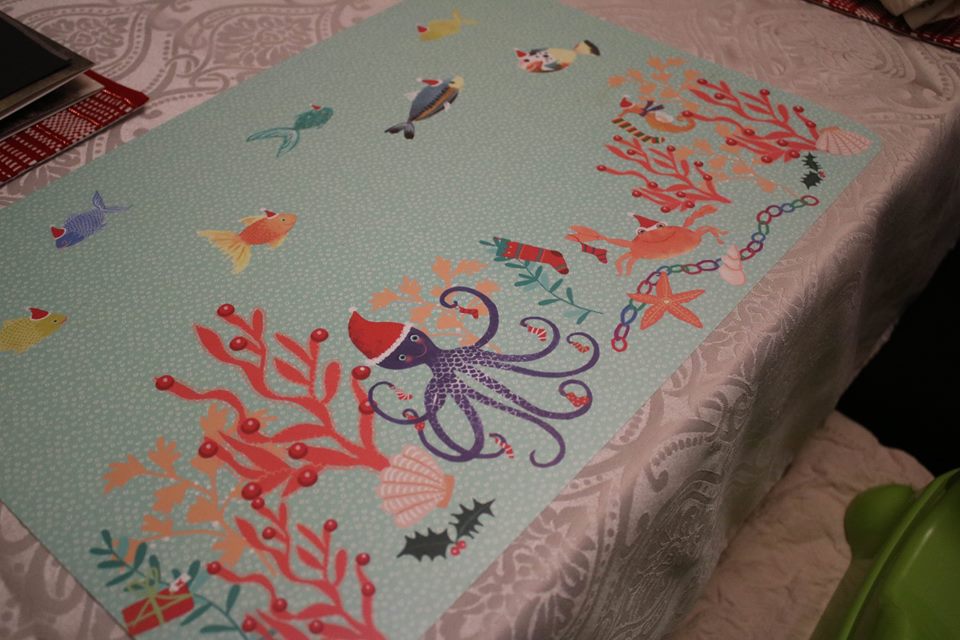 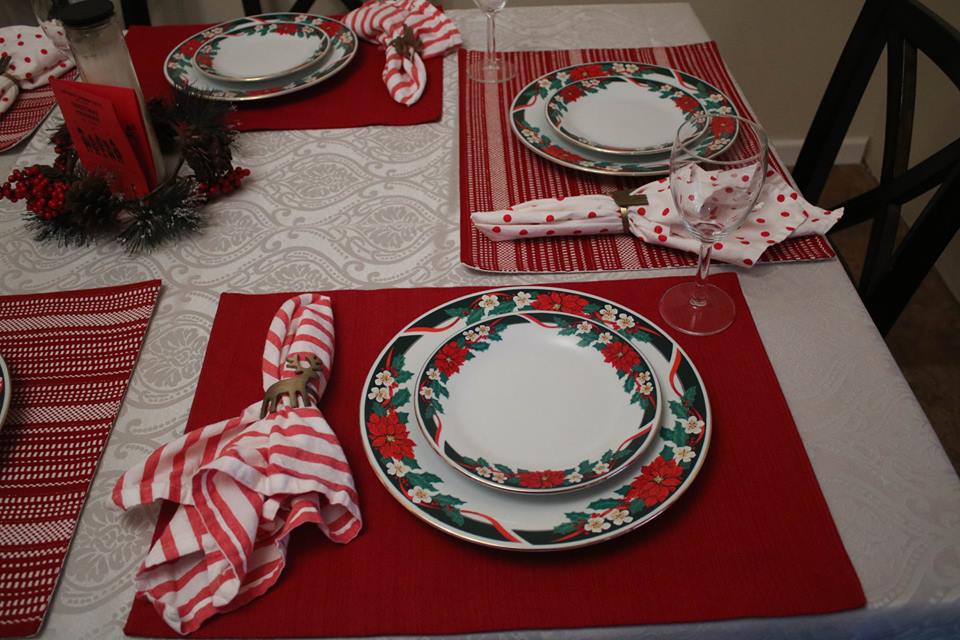 Dinner turned out so nice. I was glad everyone was able to come and join us and help celebrate Christmas Eve. Even though hosting is kind a lot of work, it was still nice being able to immediately get in my PJs after everyone left. 🙂

The food turned out great! 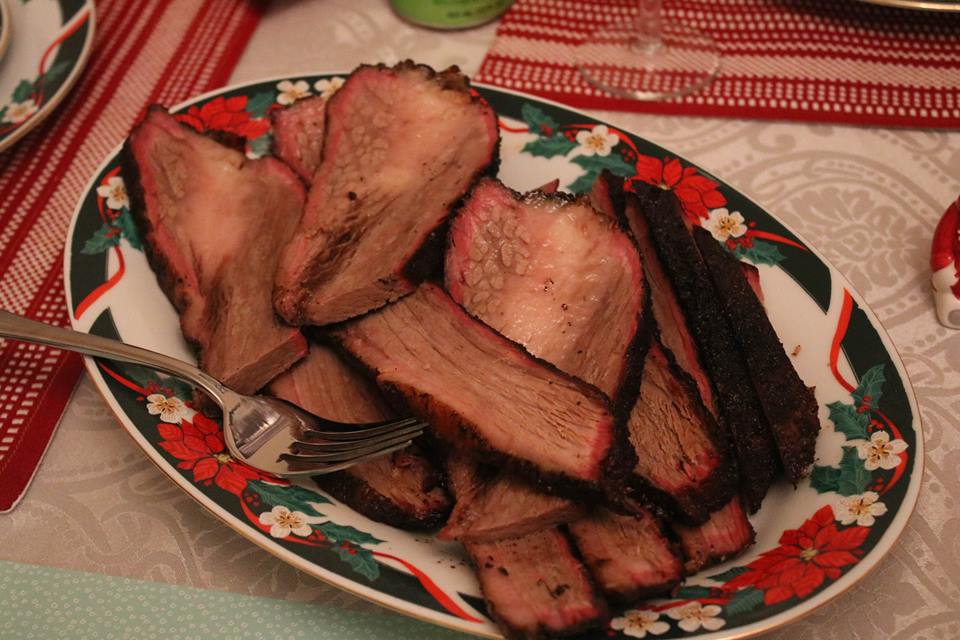 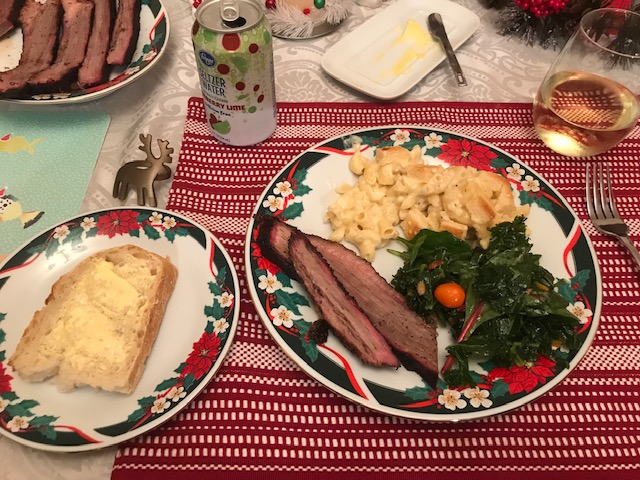 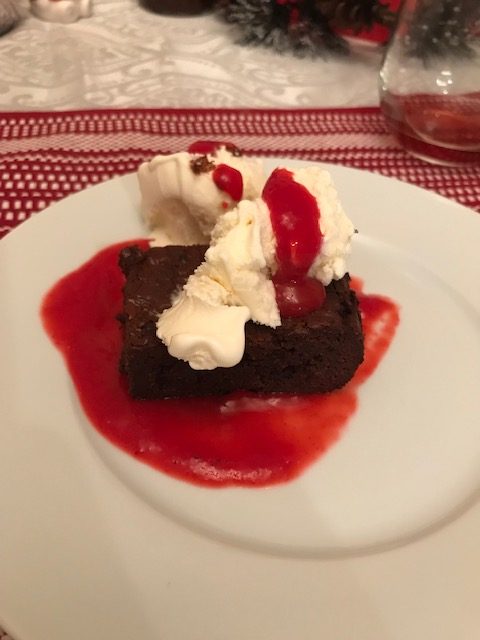 Oh and my mom made chocolate brownies from scratch, topped with vanilla ice cream and homemade raspberry sauce. It was so decadent but good!

After dinner and dessert Logan got to open a few presents from our friends. Then bedtime! 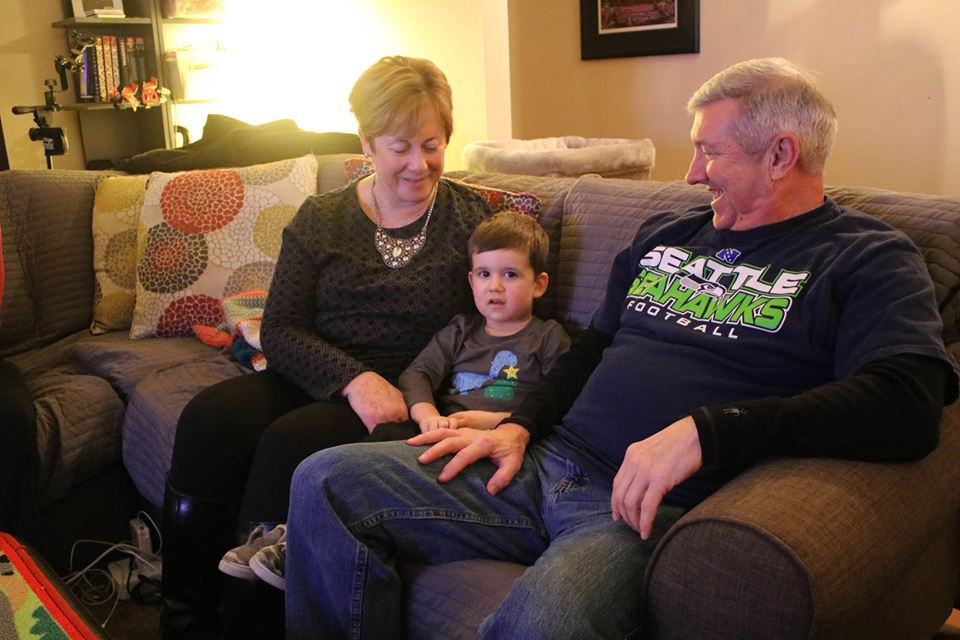 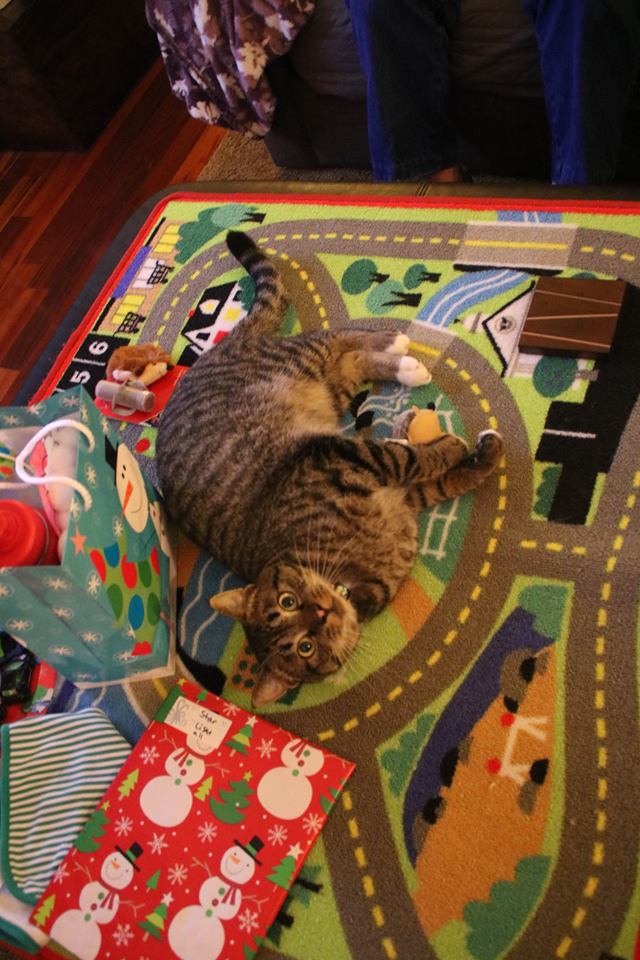