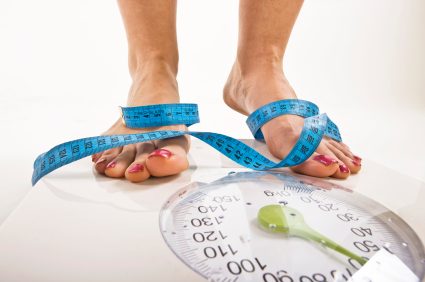 Wednesday I had a training for work I had to attend. It started later than my normal start time so I decided to try and workout BEFORE work this time. My alarm went off at 6am. I groaned. It was painful. Too early! Oh my god. I stumbled in the dark to get dressed and I weighed myself for February (more on that later).

It was dark outside, freezing cold and I was so tired. But I made it to the gym and had my pick of treadmills.

That poster inspires me every time I see it at the gym. Cheesy? Yes. But it’s true! No matter how much I DON’T want to workout…I feel 1000% better after I do. I had a good run on the treadmill (watching an old episode of House) and enjoyed the quietness of the mostly-empty gym. It was almost meditative being there by myself.

There are two downsides to working out in the morning before work: First, I hate getting up early. It’s a struggle. Second, I am short on time. Even with a late start at work I still had to hustle. I finished my 3 mile run and tried to squeeze in some weight training.

I was disappointed that I didn’t have more than about 25 minutes to spend on my weight lifting but I had to make a choice. Cut my run short and lift longer, or vice versa.  Since Tuesday night I had done some weights I figured I made the right decision by getting in my full run.

I was a bit sore from last night’s session. I REALLY noticed it on the Ab Machines. Ouch. No pain no gain!

I had a good workout and discovered that working out before work meant I didn’t need coffee. Another bonus! I was wide awake.

I hurried home to shower, eat my oatmeal and head into the office. The rest of the day I felt like I was chasing my hunger though. I was hungry pretty much all morning (despite the banana, water and string cheese I snacked on).

QUESTION: If you’re a morning gym rat, do you find that you are chasing your hunger the rest of the day?

Now onto the big news… my January 2011 Weigh-in had me at 147.2 pounds. I was dreading February’s weigh-in. I KNEW I gained. I just knew it. I felt like my stomach was bigger. I measured myself and the measurements were way off compared to last month. I was just dreading it. 🙁 All the birthday celebrations, the food I indulged in, the serving size slip-ups, the CANDY I went nuts eating…I tallied it all in my head as a reason why I probably gained.

Before I stumbled to the gym in the dark this morning I stepped on the scale to see if my dread was warranted. And guess what? I WASN’T! I stood there in shock looking at the number.

Holy Moly!!! I was doing a little victory dance in the bathroom (trying not to wake up Michael) and inside I was squealing! I am now 1 pound away from the LOWEST I’ve ever weighed. My goal is within reach!

I took a moment in my rush to get to the gym to savor the moment. This time last year? I weighed 159 pounds. 14.8 pounds gone. That was the 15 pounds I gained on Celexa. I am so happy and so proud of myself for almost getting rid of those 15 pounds. 😀

QUESTION: Have you had a surprise weight loss recently? Brag about your successes!

How to Lose a Lot of Weight—and Keep It Off