I have a few pet peeves, don’t we all? Like when you’re trying to get off the bus or train and people getting on crowd the door so you can’t get off? Or how about people who clip their finger nails in public (oh my god I might vomit, do it in the bathroom!)? When it comes to dieting and fitness, I have a few pet peeves I want to share here. I’m pretty sure you can relate, or at least contribute a few of your own pet peeves!

The first annoyance is with cereal. I stopped eating cereal years ago and only eat it once in awhile. I quit because the ones I like are usually the sugary cereals (and not healthy) and more importantly–I wasn’t satisfied after eating cereal for breakfast. I’d be famished within the hour. So I switched my breakfast to a healthier, high protein meal and that has worked well for years.

Recently I had a craving for cereal so I bought some at the store and have been having it with a piece of gluten free toast with breakfast. What’s my pet peeve? Cereal servings. Have you ever really looked at the label on a box of cereal? It’s very discouraging. For a week I was measuring out a serving –which was 3/4 cup– and I used a measuring cup. I thought it was okay. 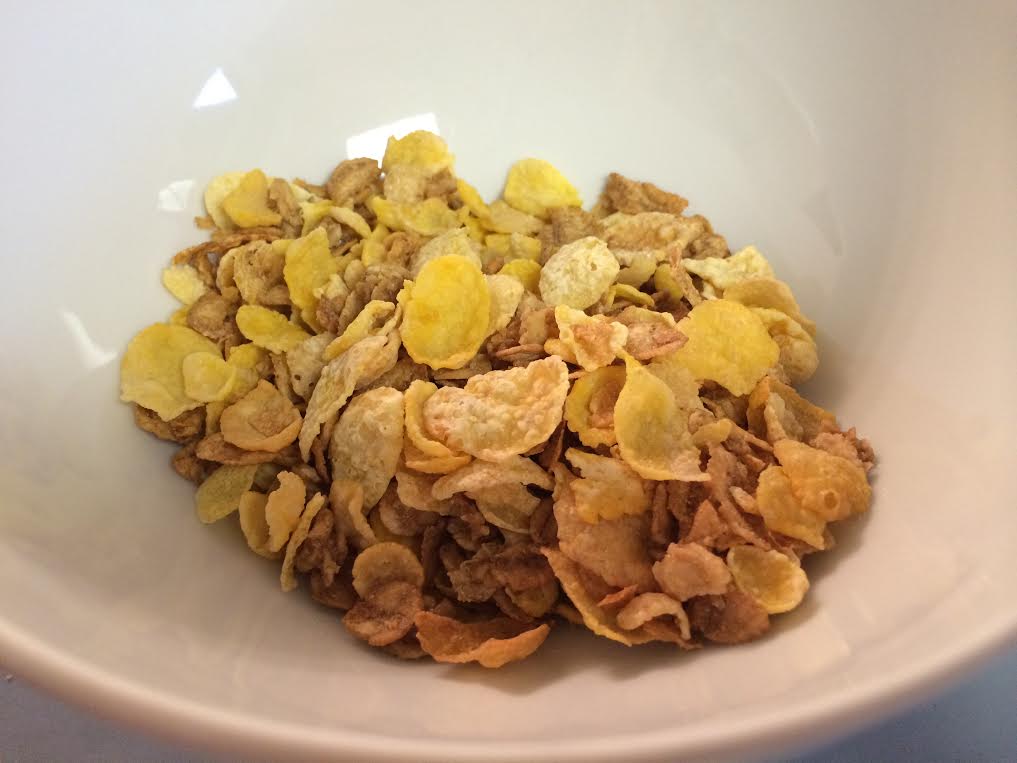 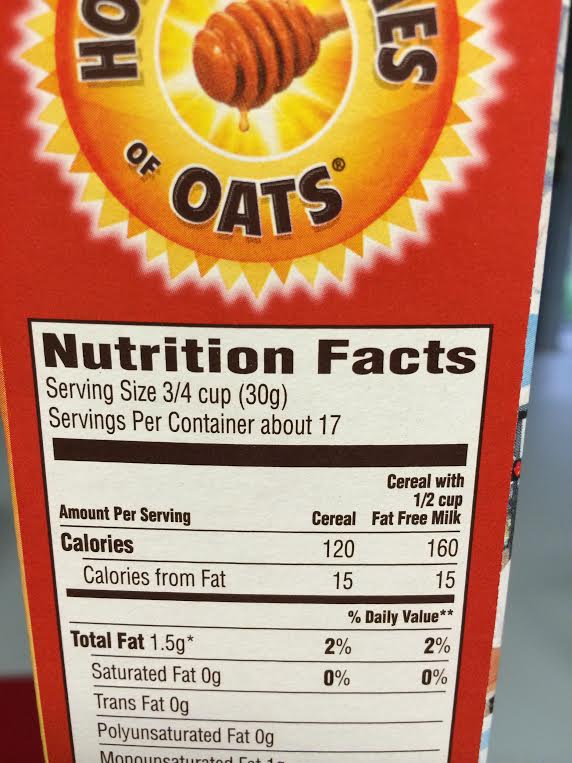 I felt so mad! I hate that they do that. It’s deceptive. A serving size according to them is ACTUALLY measured by weight, so why do they put the 3/4 cup on there at all? It’s trickery. So I got out the food scale and weighed it. What I’d been measuring out with a cup (3/4 cup) all week was REALLY TWO SERVINGS. 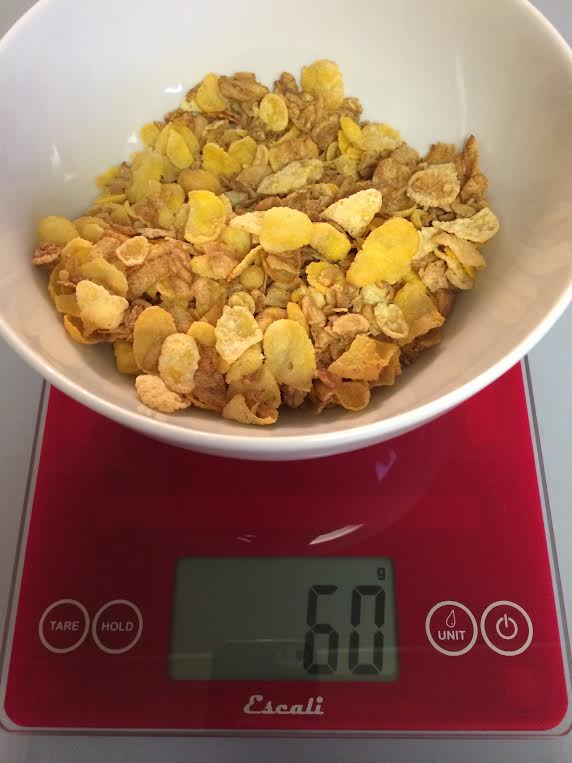 60 grams was a little over 3/4 of a cup. So if I was measuring out 1 cup of cereal, I was really eating two servings. What a scam. I started taking out some of the cereal to get it down to the 30 grams and then it was just ridiculous. It was like 3 bites of cereal in 30 grams! 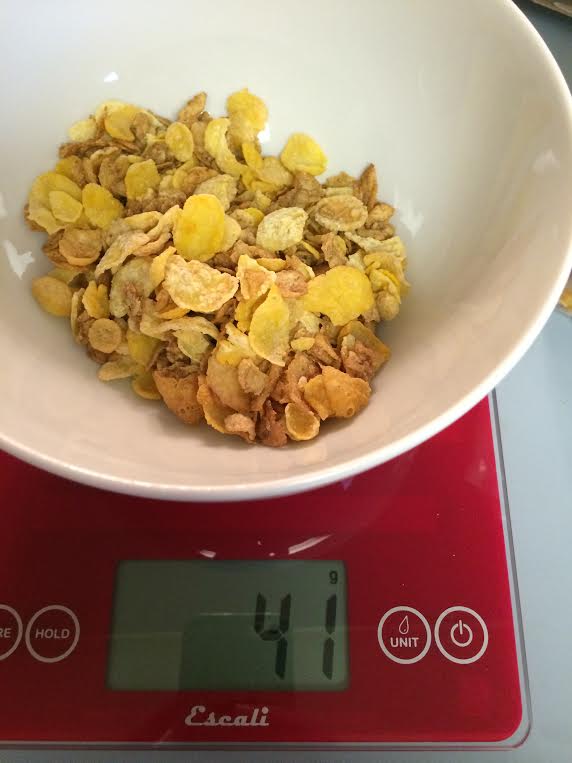 I added a little bit more because seriously, 30 grams wasn’t enough food. I ended up eating 41 grams of the cereal and I adjusted my calories on my app. I was so annoyed and felt cheated and vowed to stop buying cereal!

Another pet peeve is when frozen meals have two servings in them. That is just plain ridiculous. Recently I was buying some frozen Indian food at Trader Joe’s and did a double-take when I saw the label. It was one frozen meal but it had two servings in it–each 400 calories. So in reality, that one meal was 800 calories! I mean really, who eats HALF of a frozen meal?

Here are a few other posts discussing this:

Nutrition: Who to Trust?

It’s deceptive advertising and if you’re not paying close enough attention it’s easy to miss this and that can totally derail your efforts. If the scale isn’t moving and you’re doing everything “right” double check those labels! I’m going to be more mindful. Sure, this was information I knew before, but I wasn’t being diligent. 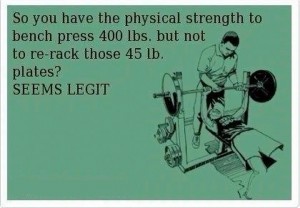 As for fitness pet peeves, I have a few. Mostly they are pet peeves about gym etiquette–talking loudly on their cellphones, sitting on machines playing with their phones instead of working out,

One of the biggest annoyances for me is the people who never wipe down the machines or mats after they use them. It’s just gross. Long ago I started keeping antibacterial handi-wipes in my gym bag and got into the habit of just wiping things down before I use them.

The other pet peeve is the people that go to my yoga class. There is this one woman that is ALWAYS late. At least 10 minutes or sometimes more. Every time she makes a big production, thumping around, putting her mat down, etc. Then she spends the entire class futzing with her phone. Serious. Why are you even here? There have been a few times where other people in the class actually told her to get off the phone because it was distracting. Every time I see her in my class I just groan to myself. 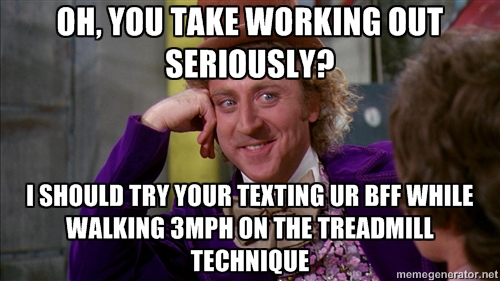 So what about you? I know you’ve got some annoyances to share!