I love chili. I love crockpot chili even better! I’ve mentioned it before but long ago I found the perfect chili recipe and somehow lost it and could never find it again. 🙁 I’ve tried every recipe I’ve come across that sounded even remotely close to that recipe but still haven’t found the perfect replacement.

This is the recipe that I based my recipe on. I made some changes because I am still trying to recreate that old recipe. 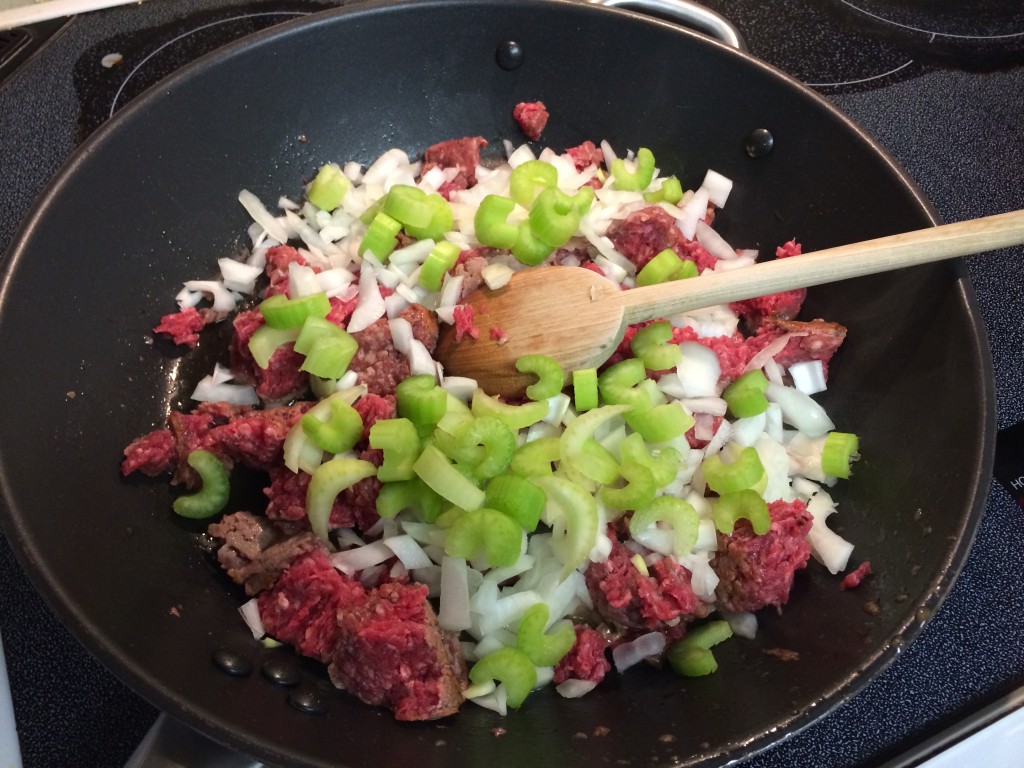 The recipe said you could use any beans you wanted so I used what I had on hand. Great Northern beans and chili beans. I almost always have various cans of beans in my pantry at all times but for some reason I didn’t have very much over the weekend! Thankfully the Great Northern beans were something the blogger suggested as a substitution! (And apparently I need to stock up on my kidney beans.) 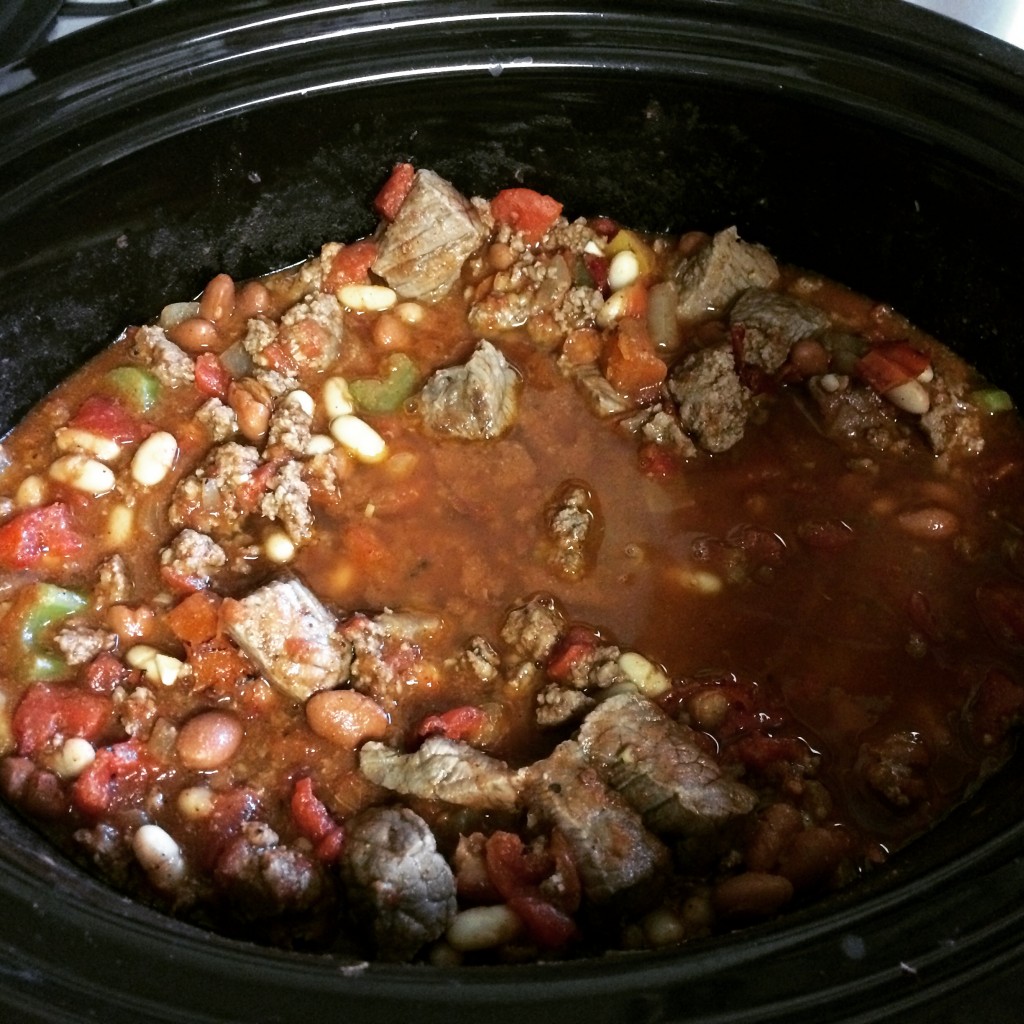 It cooked in the crockpot all day (about 7.5 hours total). I did not really watch the Superbowl. I’m not a football fan (in fact it’s my least favorite sport) and I loathe watching sports on TV…but I joined Michael for the game. I spent most of it reading and watching some of the commercials, occasionally watching and nodding when Michael said something important happened in the game. 😉

Bella and Fat Kitty weren’t too excited either. 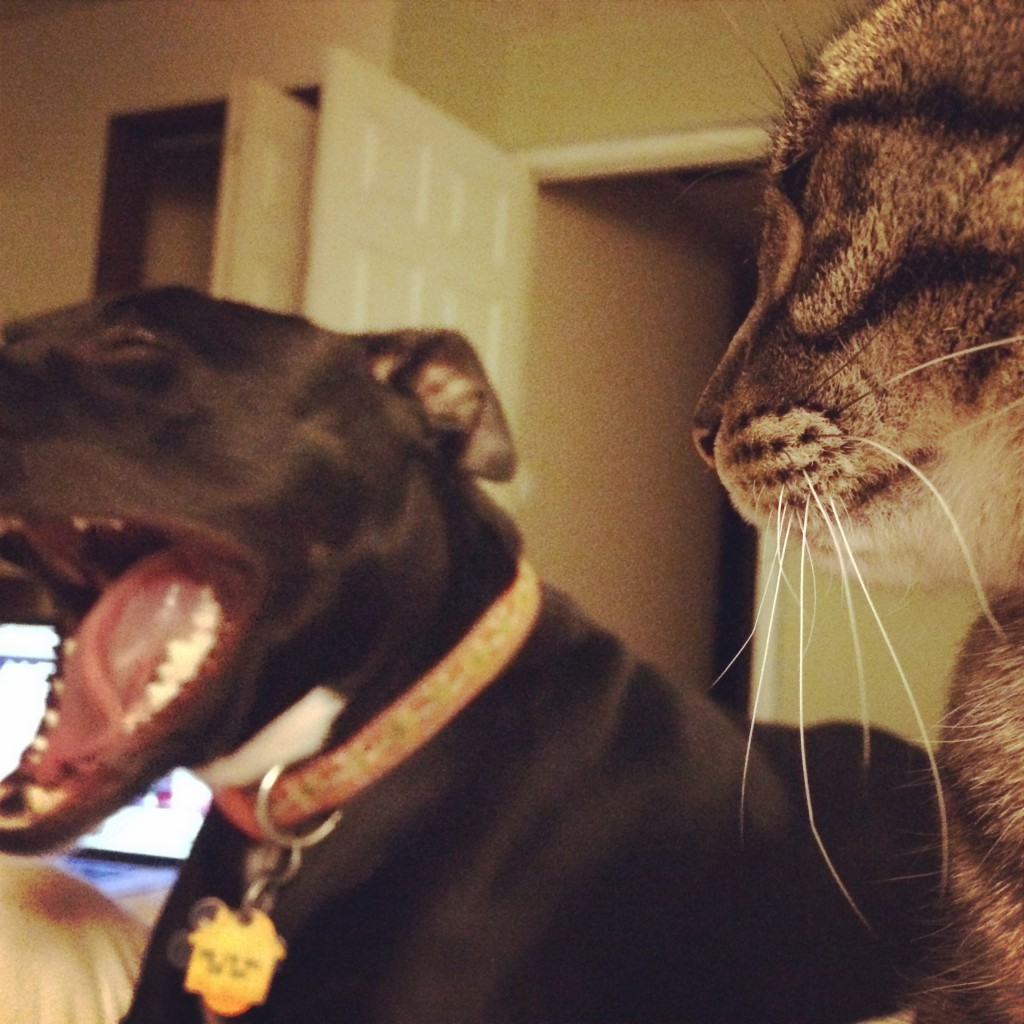 Anyways, dinner was finally ready! The chili was hearty and filling.

I’m not really sure how the author of this recipe came up with the servings sizes…I halved the recipe and it made a TON of food. I cannot even imagine how much food it was if I made the whole recipe, which supposedly made 8-10 servings. With my portions I got 7 servings out of this! 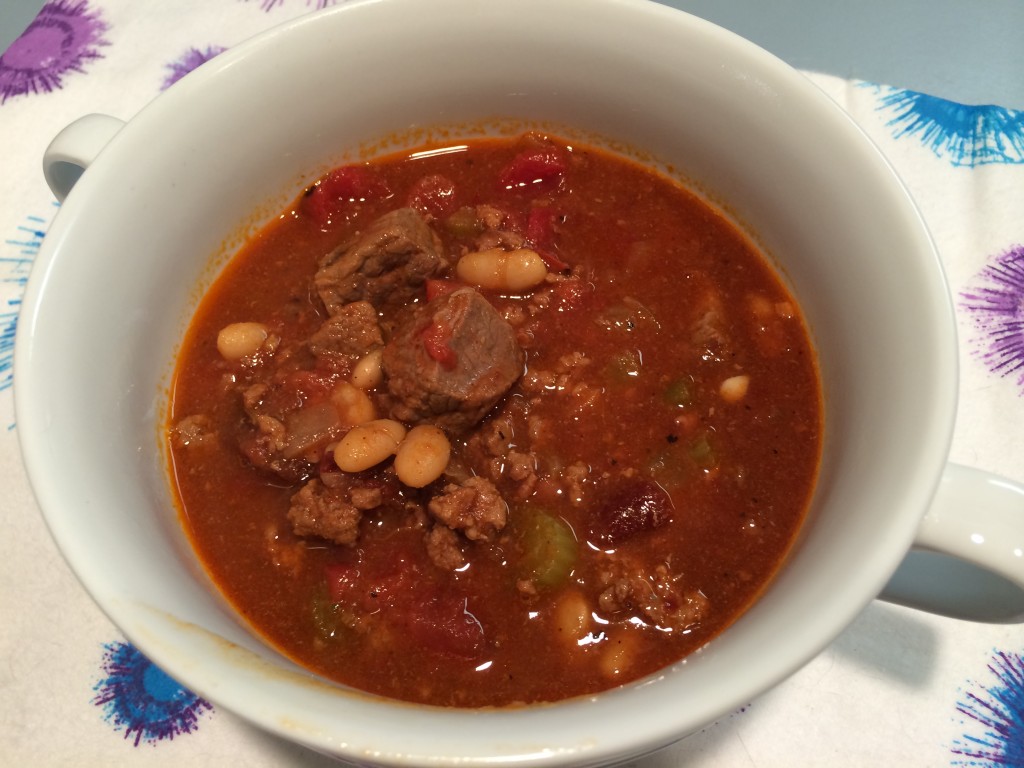 I froze some of the leftover chili and saved some of it for quick dinners for later in the week. The calories were a little bit too high for me to take for lunches. With my alterations and re-calculations of the servings I got 550 calories.

I liked the smokey flavor of the chili but it wasn’t spicy at all. I tend to prefer spicy chili. Michael said the chili was “okay” but he’s not a huge fan of chili. (Which I totally don’t understand. Chili is delicious!) I liked it. I liked the addition of the chunks of steak; I’m glad I added some celery and I think instead of adding sugar to this I’ll add some chopped up carrots instead to sweeten it. Or I’d leave the sugar out. 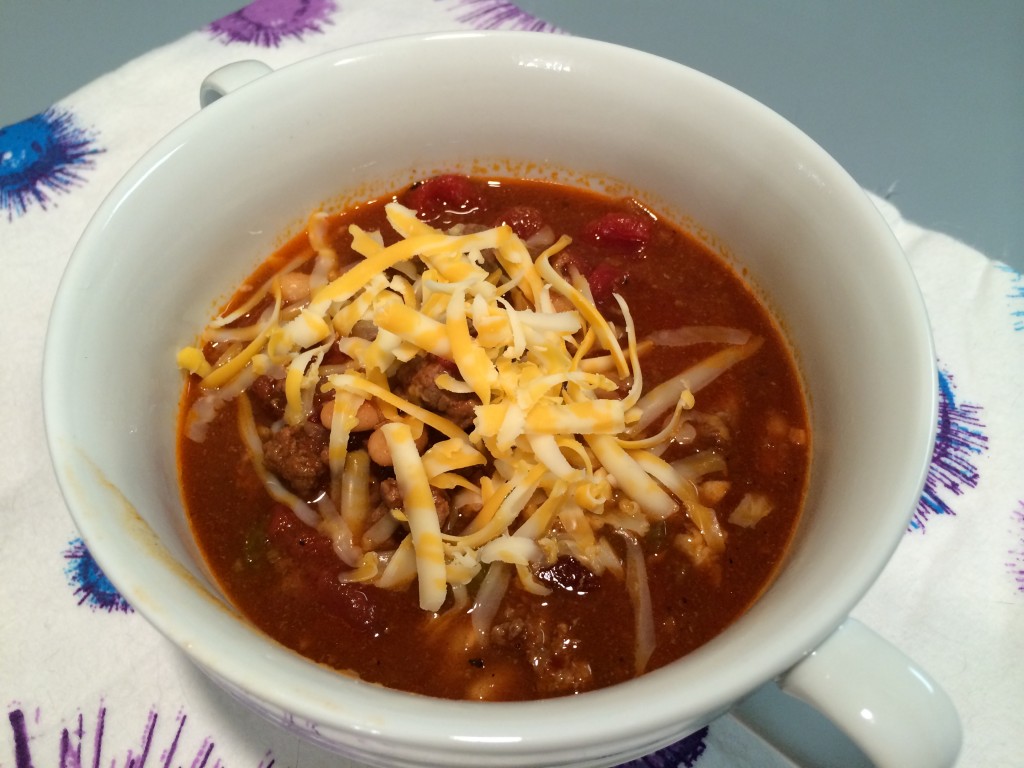 Oh! And I also got to use a jar of my own canned tomatoes from the garden last summer! I topped the chili with cheese and a scoop of sour cream because I put sour cream on everything I can. 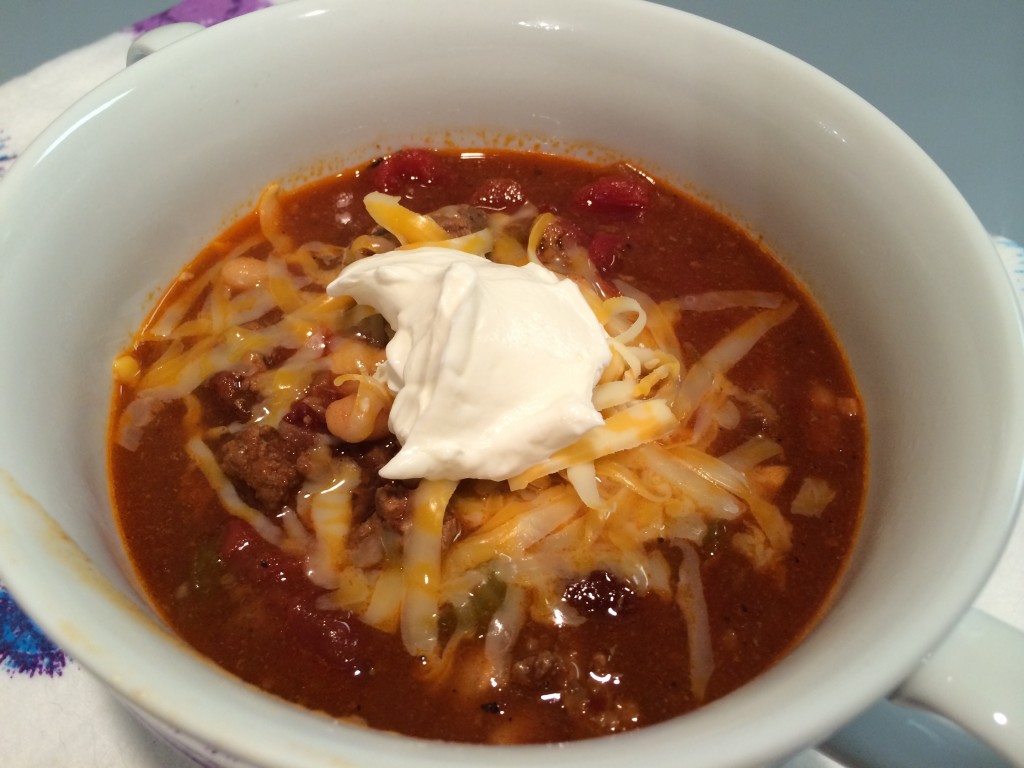 While I really liked this chili, it wasn’t THE recipe. I’m not sure what it needed to be that magical recipe I lost years ago. It was good enough that I’d happily make it again (but make it more spicy) and I’d serve it to a group of people but…the search still continues.