No, this one ended with happy tears. But let me back up.

For about a month most of us Warrior Room-goers knew there was a super secret plan brewing that was going to take place on Saturday March 1st. What was the secret? A marriage proposal. Under the guise of a “lil warriors” party (i.e. the little kid’s workout). 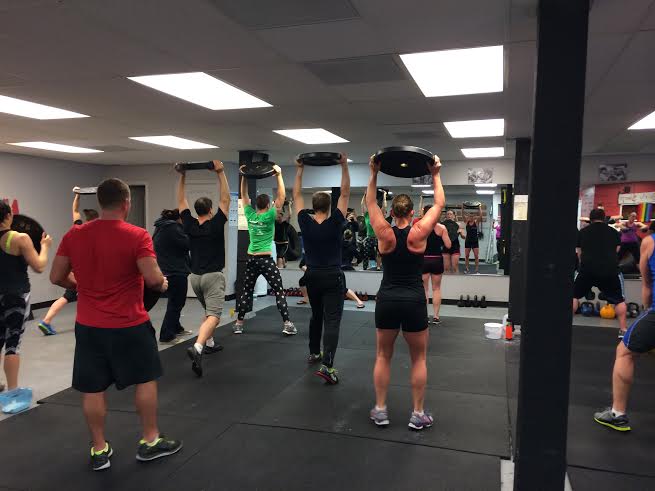 I’ve been skipping weight lifting and the Warrior Room for the last three weeks because I was sick and then I had tennis elbow. After resting, I was ready to get back at it. And I was glad I was better by the big day! I went to the gym and we had a fantastic workout! But I have to admit, it was kind of hard to not be excited because I knew what was going to happen after the workout. The anticipation was palpable in the room. Everyone there knew what was coming! But the soon-to-be-bride. 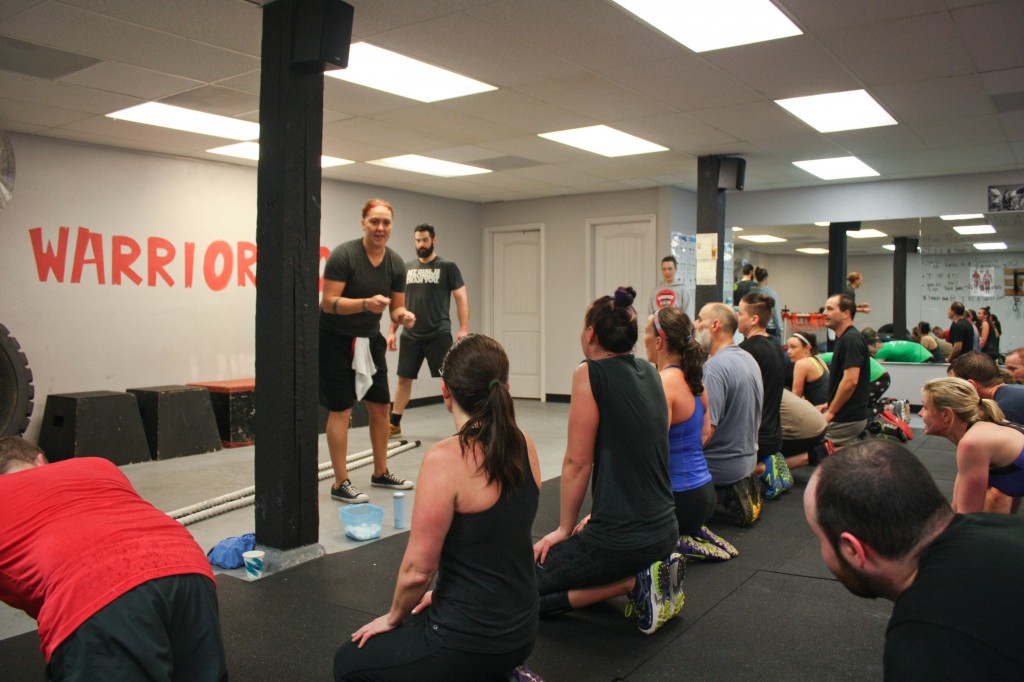 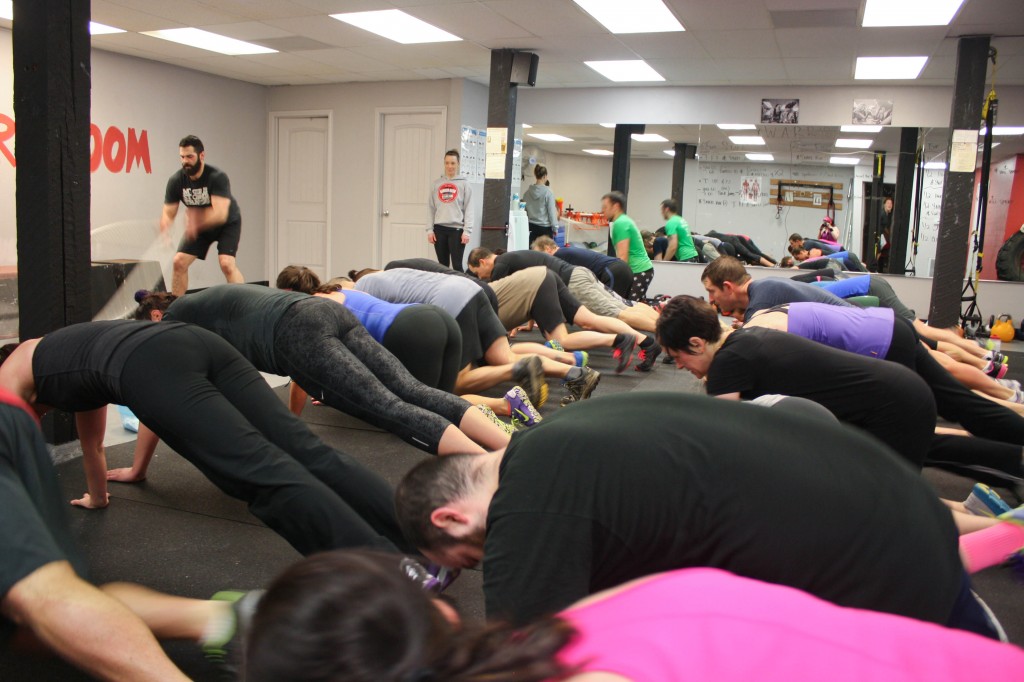 The last team workout of the session is picture above. Damn was it hard! After a killer workout already, we all had to hold the plank position while one person did the Battle Ropes. When that person was done, they ran to end of the line and the next person in line had to run to the ropes and so on. It was hard! I’d guess we were holding that plank for at least 2 minutes. Yowza! 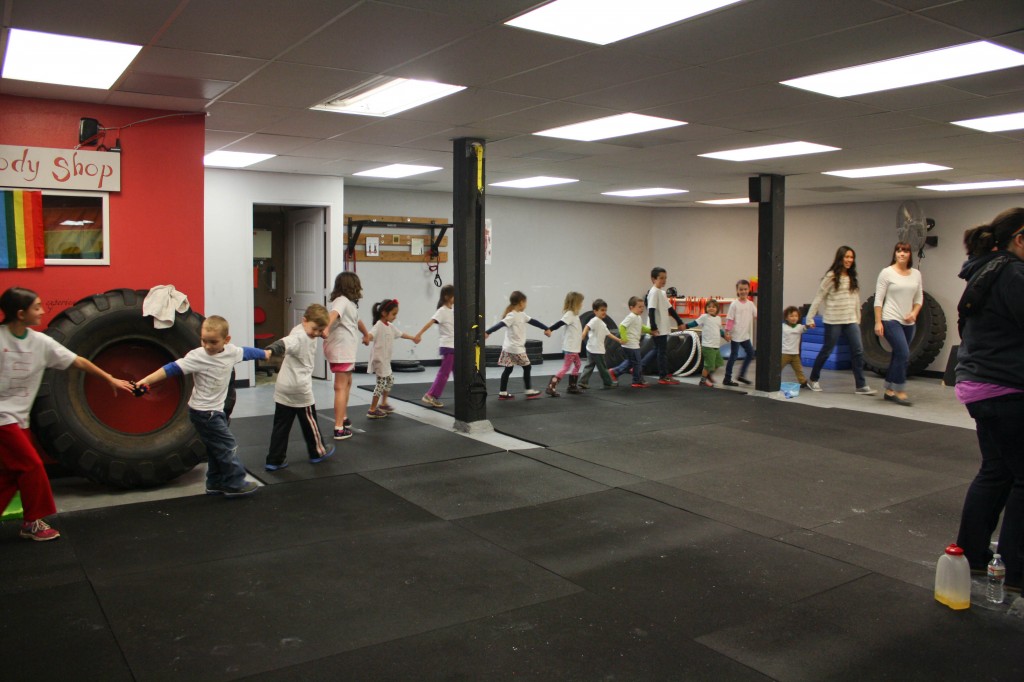 The workout ended and people were milling around trying to be casual. Then the little kids that were going to help Ashley proposed to Alexis started filing out of the daycare room holding hands. Each kid had on t-shirt spelling out “Will You Marry Me?”. (I wish I had gotten some better pictures. I was a bit shaky after the workout and was apparently struggling to keep the camera steady!) 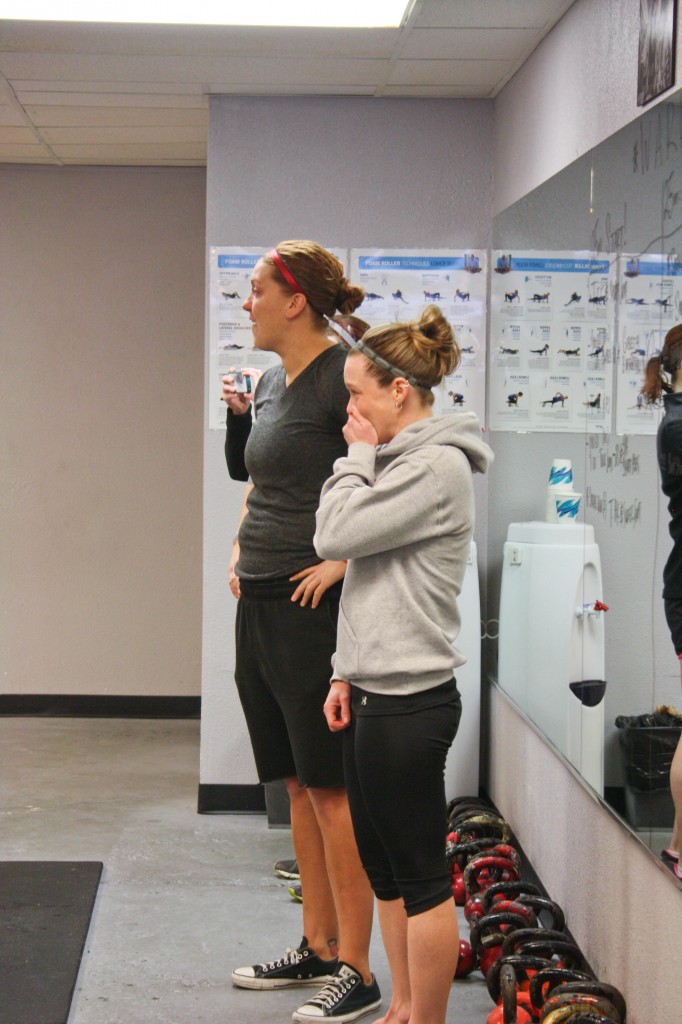 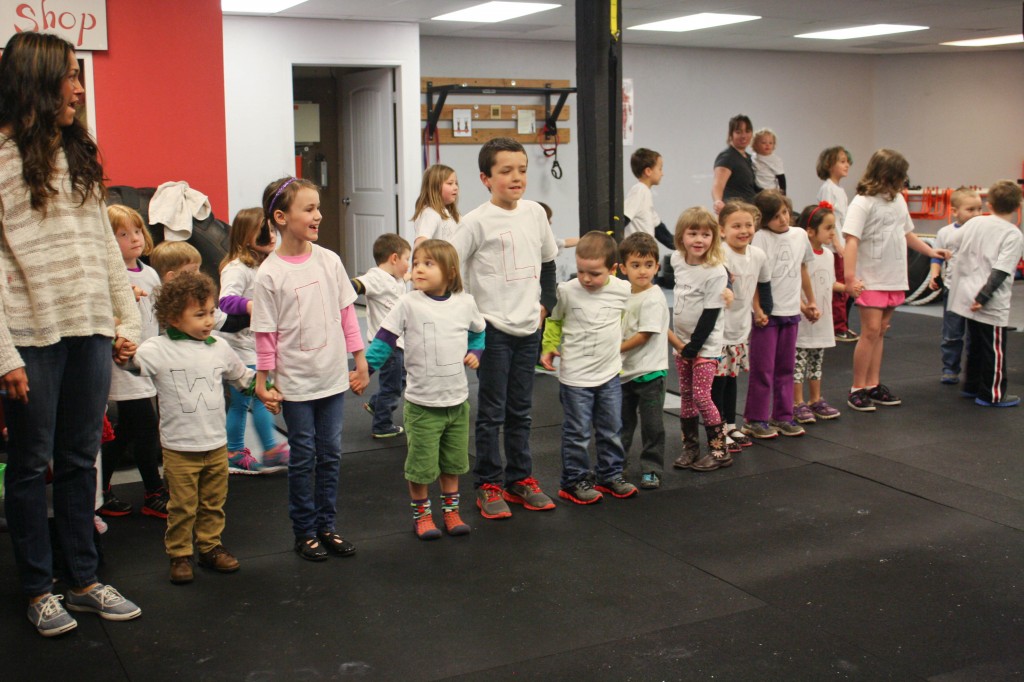 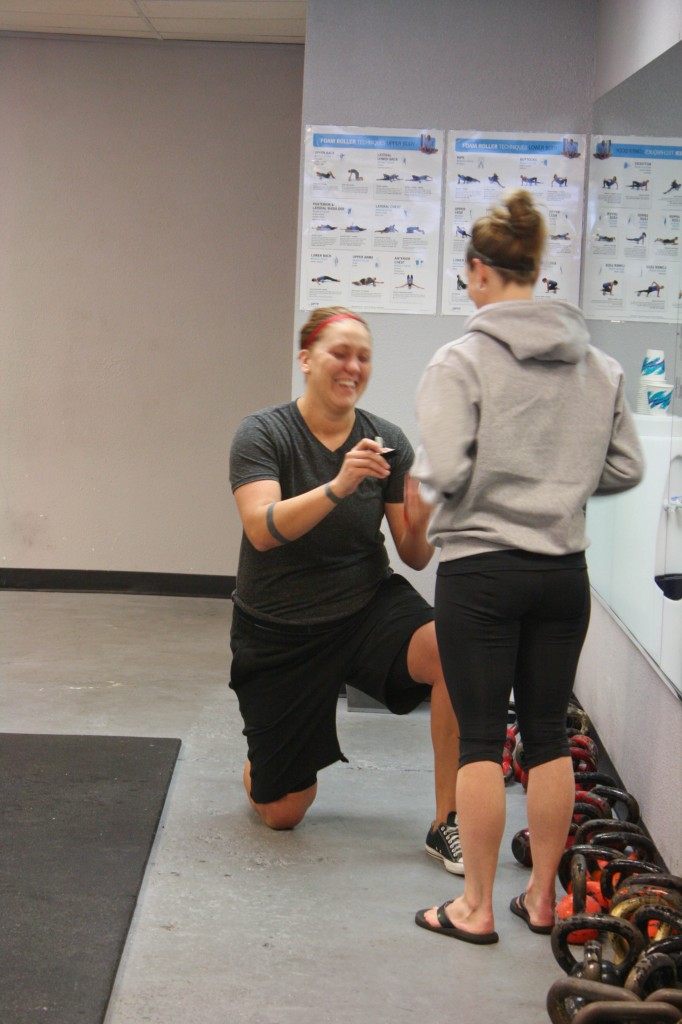 How adorable is that? Everyone in the room was sniffing and crying with happiness. It was so cool to include the kids. I was really glad I lingered after the workout to witness such a fun event. It was really cool to be part of it on the other side. It gave me a little insight on the anticipation, nervousness and excitement that Michael must have felt before proposing to me last summer! 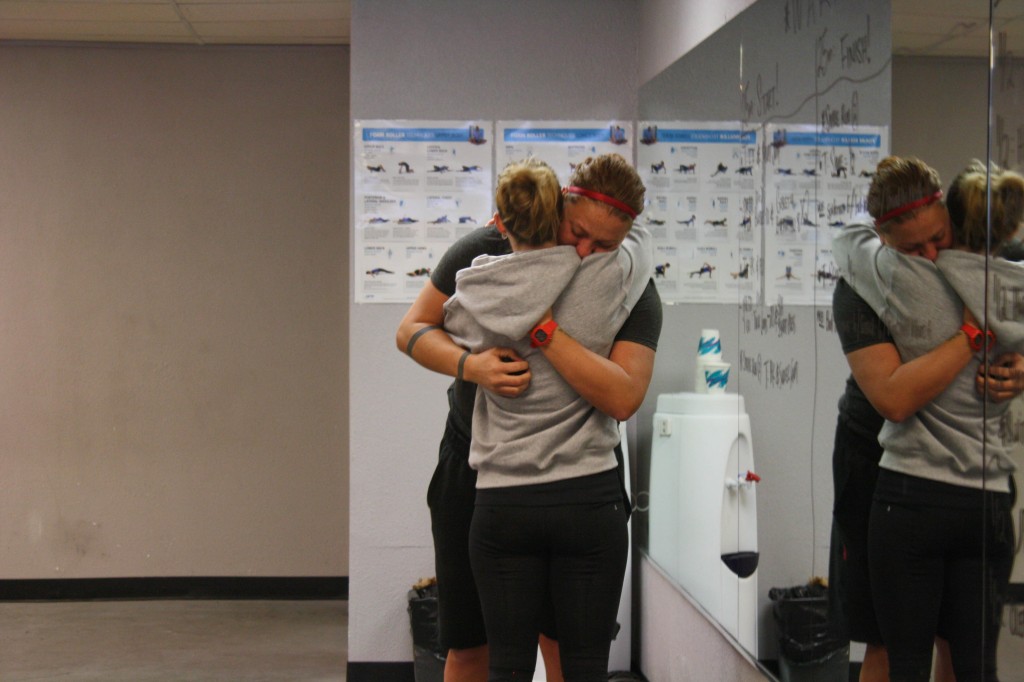 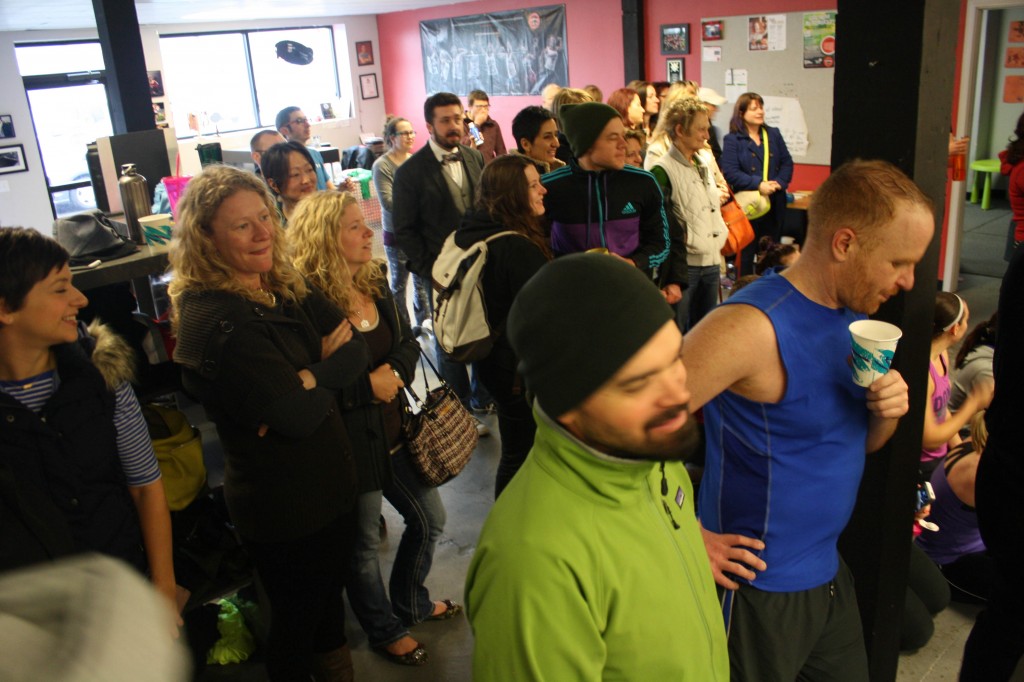 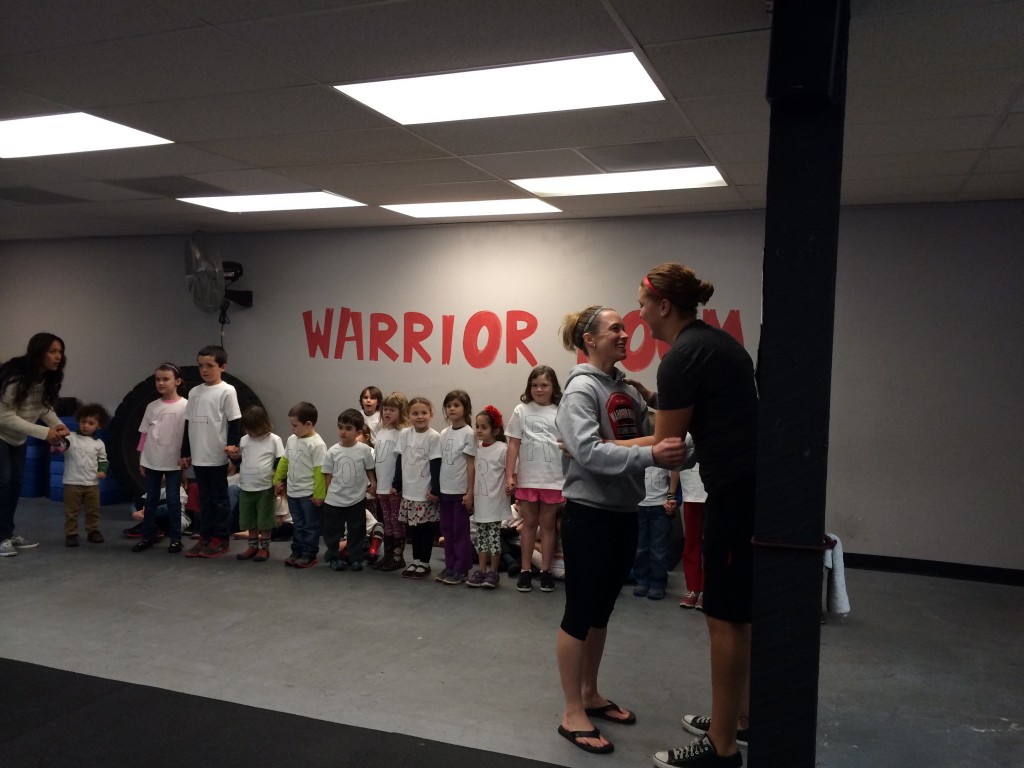 There was champagne, coffee and cinnamon rolls. I had some coffee and a cinnamon roll. That helped my shakiness! It was a great workout and an even better start to the day. 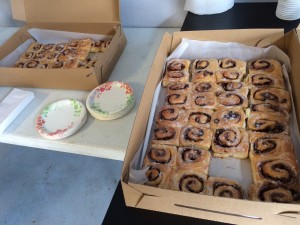 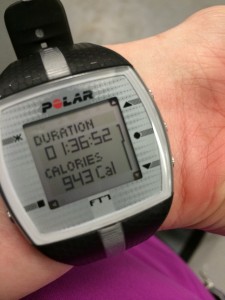 I burned a ton of calories and felt great afterward! My elbow was good, no issues there. So glad to be back at the gym! Anyways, I wanted to share the happy news of the day! How exciting! Around 4:30 Michael and I headed over to the bar in SE Portland that they rented out for a celebration party. We stopped in for a quick beer and a congratulations before we went to my friend Star’s house for dinner. 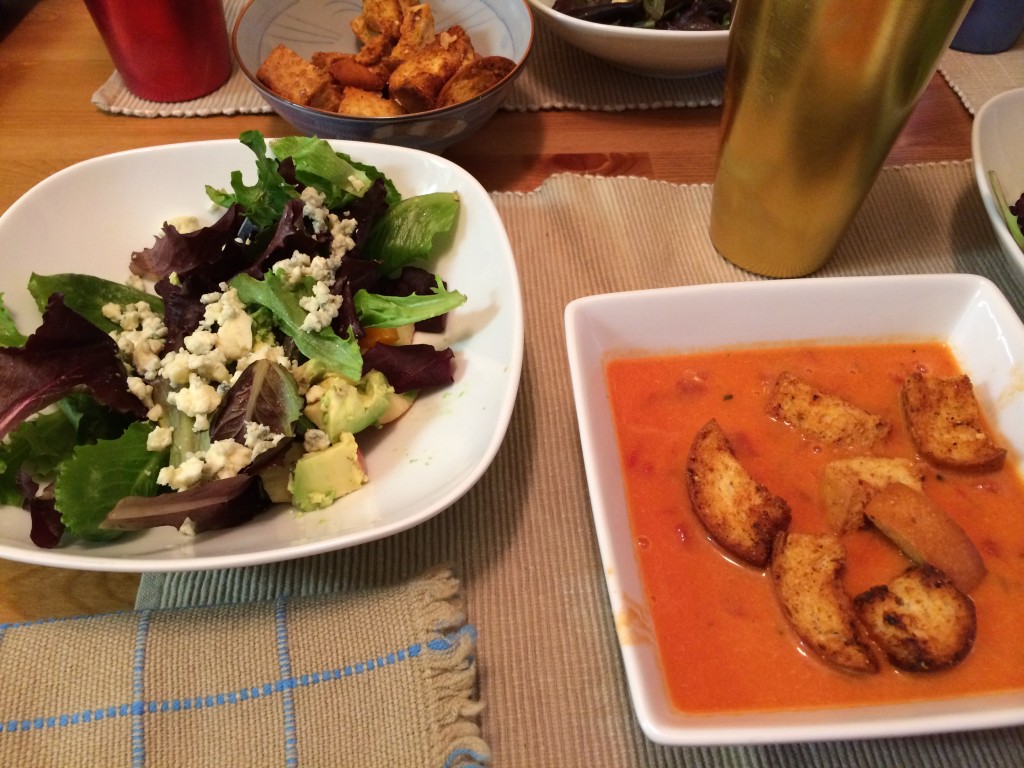 I made a green salad with sliced apple, avocado, yellow and red peppers and Gorgonzola cheese. Star made a roasted tomato soup and topped it with garlic cheese croutons from Trader Joe’s. They were A-MAZING! Dinner was fantastic and really hit the spot. Dessert was a lemon tart also from Trader Joe’s.

I want to talk briefly about this dessert. Besides that it was delicious and wonderful (I love lemon!), the Nutritional Label was ridiculous. Want to know how many calories were in a serving? 420 calories. Want to know how many servings were in the very large, pie-sized tort? The label said 4. Four servings? Looking at it I would guess 8 servings. 4?!?! On what planet? So my dessert serving was around 200 calories, not 420! Talk about faulty labeling.

It was a full, fun, exciting, delicious day. And man was I glad to crawl into bed at the end of it…

22 thoughts on “Not Your Average Workout”