Let’s talk goals for a minute.

I think I’ve been doing this new diet for a little over a month now. It seems to be working. I have hit some roadblocks here and there but then I’d correct the behavior and see a loss the next week. It was encouraging to see progress.

Since I’m not doing a super restrictive low-carb diet (20grams a day) it’s doable. I don’t feel like I am being really deprived of anything. I feel like I’m eating enough carbs in moderation that, for the most part, I don’t feel crazed. So I feel like I can keep going on this diet for awhile.

My goal is to lose more 3 pounds before we go on vacation at the end of May. We’re going to Bend and I want to be able to enjoy my favorite beer (Boneyard) in Bend without feeling like I’m doing major damage to my progress. (Of course, everything in moderation…)

My end goal for this diet is to get back to my pre-baby weight. I was 157 when I got pregnant. Still over my goal weight of 150 but I’d be really happy just to get back to 157 and then go from there. 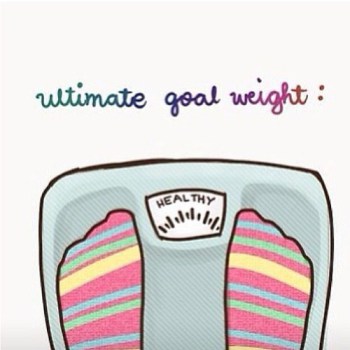 Since I’m paying more attention to my macros these days, I had to go in and change the settings in MyFitnessPal. According to this source, the percentages should look like this for a normal diet:

The 2010 Dietary Guidelines for Americans recommends eating within the following ranges:

For about a month now, my percentages have been this: 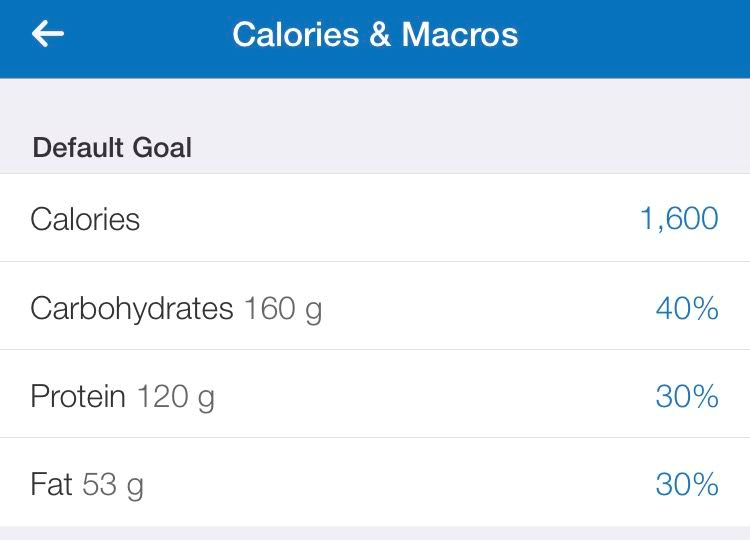 My cheat meal this week ended up being on a Wednesday. My friend Star came over for lunch and brought Thai food! I was good for lunch and had the cashew chicken without the rice. It was delicious! But she left us some Thai veggies, curry sauce and rice for dinner and I decided that it would be better to eat the cheat meal (rice) Wednesday night instead of waiting two days for the weekend! It was so good, too. I did notice that I woke up the next morning feeling really hungry. I guess that’s from eating almost 200grams of carbs the day before…!

Recently I was able to wear a shirt that hasn’t fit in a very long time. Also, changed my belt to one hole tighter! My jeans are loose and falling down a bit. Those were nice NSVs!

Also, the swimsuit I’m wearing is starting to get uncomfortably too loose. It’s the swimsuit I wore when I was pregnant–from weeks 26 to like week 32. It’s an XL swimsuit. (After week 32 I had to switch to a two piece maternity suit.) I’m not quite ready for my pre-pregnancy swimsuit but it’s kinda nice that this one is getting too big now!

The scale is stuck, currently. So this week I reduced my calories to 1500 for a base, instead of 1600. We’ll see if that jump starts things again.

I am surprised at how high in carbs tomatoes are. I wanted some tomato soup and it was almost as many carbs as rice! Then we were going to have spaghetti squash with turkey meatballs and marinara sauce was like 20+ grams of carbs!! What the hell? I don’t get it.

So instead of marinara sauce, we used pesto, which was delicious with the spaghetti squash. In the past I would have been weary of pesto because it’s so high in calories—but I was more accepting of using it because the carbs were ridiculously low (like maybe 2 or 5 grams?).

Weekends tend to be harder for me to stay “on plan”…friends want to get together, Michael wants to get pizza…so having a cheat meal on the weekend is best. I did sort of have an extra cheat day over the weekend…We went out to lunch at the food carts as a family and I got lamb gyro. It was SO GOOD! And so much food. I ate the pita wrap (which was amazing) and honestly it wasn’t crazy in carbs like I was expecting.

That night it was also my book club meeting. We went to a Mexican restaurant instead of the usual wine bar we usually go to. I ordered smart though! I got a salad (and skipped the taco shell bowl) and it had shredded pork, pico de gallo, guacamole and some Mexican cheese crumbled on top. 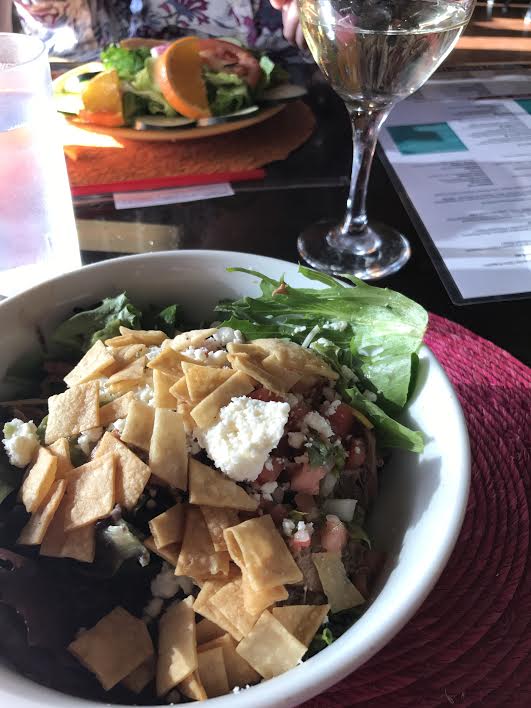 The downside to the salad was the tortilla chips on top (yes I ate them) and I had one glass of wine with dinner. So I made good choices–and some not good choices, but I’m not beating myself up about it.

Michael tried out a new breakfast one day. It was pretty good! I forgot to take a photo, but here is the recipe: PALEO SAUSAGE EGG “MCMUFFIN”. It was basically two eggs used as the “biscuit” and a piece of sausage in the middle.

We both liked it and it was very filling and satisfying and you almost didn’t notice that it didn’t have a biscuit. We both agreed the sausage patty was a little too thick. I think if he makes it again he’ll do it a little thinner. It was a nice change!