I’ve gotten a lot of questions and comments and I wanted to address some of them here. I also wanted to share a few products I found (Amazon affiliate links) that I’ve liked so far! But first, on to the FAQ:

One question I get is do I have cheat days? My answer is no. Not so far, anyways. I am planning on having a “cheat day” in a few weeks for Logan’s birthday. We are having pizza and cake. But other than that I am not having cheat days. Since February 1st when I started this diet I have been on the plan. I’ve had a few bites here and there of things that were not “on plan” but no cheat days. I don’t want to get out of ketosis. I don’t know if that one bite of Logan’s banana or a few M&M’s I had in a month and a half were enough to knock me out of ketosis, but I hope not!

I don’t think cheat days are necessarily the right route to take in the initial phases of Keto. I think once you lose the weight, or get to whatever goal you want to get to, making a modified Keto schedule is a good plan. Maybe planning a cheat day or cheat meal is a good thing. Or having a carb cycling schedule….something. That’s something I plan on doing once I get to my goal. We’ll see.

The biggest question/comment I’ve gotten is that people are curious about keto and want to give it a try but they don’t want to give up their weekend glass of wine! I was totally in the same boat. About 8 months ago, I decided on a strict no-alcohol during the week rule and went back to my old “only on the weekend” treat rule. It’s easy for the “creep” to start and before you know it, you have a glass on a Tuesday night without even thinking about it.

But I was wanting to lose the Prozac Weight, and so I went back to my old rule. (And not seeing any weight loss, see previous post about my struggles.) When I decided to try Keto, I was reluctant to COMPLETELY give up my weekend wine. I mean, in my mind I was going back on the super restrictive (aka MISERABLE) low carb diet, and I did NOT want to give up my Friday glass of wine on top of that.

Thankfully, I found out I didn’t have to. Like everything–it just means moderation. And make sure you are choosing a SMART adult beverage. So since starting keto, I’ve restricted my intake to weekends and keeping it to one or two glasses tops (which was my norm before anyways) and I stick with Pinot Noir or a sparkling white or Pinot Blanc. I tend to like super dry/crisp/not sweet wines anyway, so that works for me!

I do kinda miss beer a little bit, but oh well! 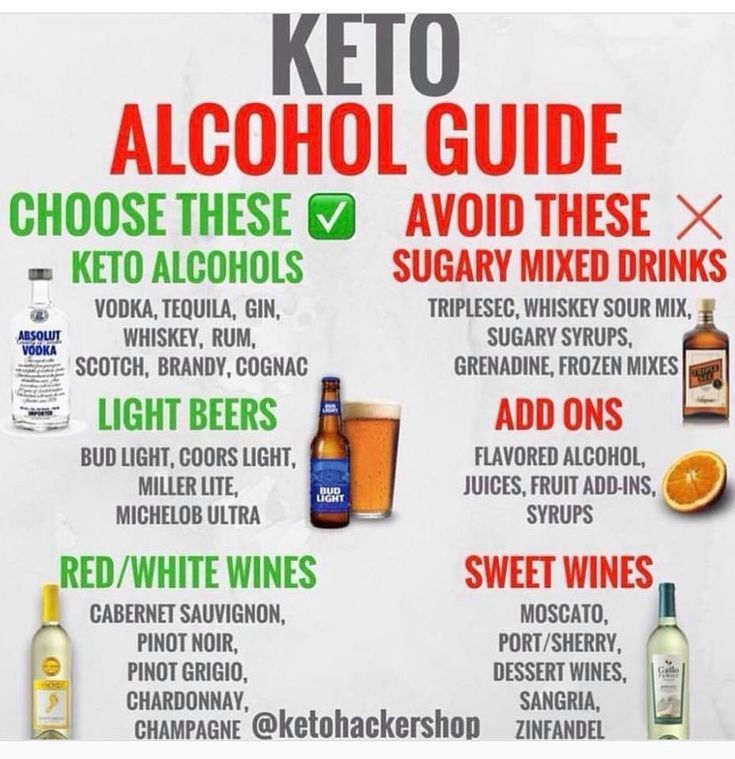 What websites do I use for recipes? I use Instagram a lot of the time. I find recipes on there and then I will use these websites:

Another question I’ve gotten from people are what to have for easy snacks, especially on-the-go snacks or snacks that are easy to take for work, etc. Here are a few of my favorites so far:

Cello Parmesan Whisps – We buy these at Costco. They are an easy and tasty “chip” substitute and low in carbs. 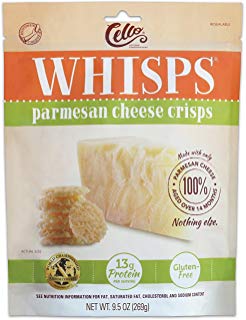 LonoLife Grass-Fed Bone Broth – I’ve tried a few different brands and so far this is by far my favorite! I really like it! It actually tastes really good. One packet is 50 calories, no carbs, 10g of protein. If you buy it on Amazon and do the subscribe and save option, it’s cheaper. 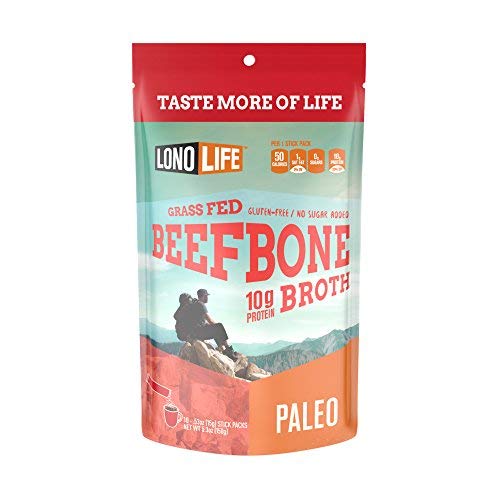 Quest Bars – I’m not a huge fan of processed bars but I tried a few different flavors of the Quest bars and they were actually ok. The good news is that they were under 200 calories for the whole bar and usually around 4 or 5 net carbs. I tend to split the bar in half and have half of it as a snack. 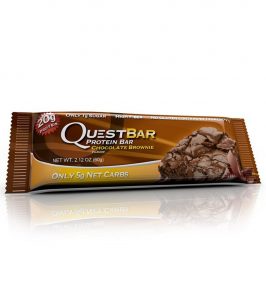 Atkins Bars – Like the Quest Bars, the Atkins Bars are low in net carbs and high in fiber and quick and easy treats/snacks. Depending on which flavor you get, they taste ok. I got the chocolate mint wafer ones and all I could taste was the chemical/fake sugar flavor. But the caramel chewy one was really delicious. So experiment and see which ones you like. 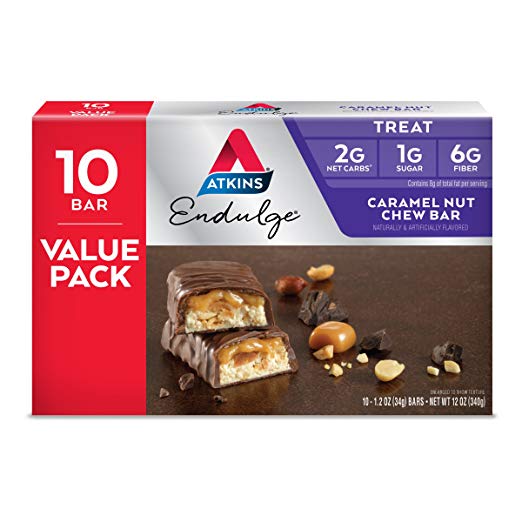 Nuts – I buy these at Trader Joes. They are the best priced. I buy the roasted/salted sunflower seeds, macadamia nuts and the raw walnuts. Those are my go-to nuts for snacks. I usually eat 1/2 a serving of whatever the package says with some cheese as my snack.

Cheese – Cheese sticks are a great snack (and paired with nuts are great!). It’s nice to have some variety, too. So Michael gets the Babybel rounds at Costco and then I buy different flavored cheese sticks at the grocery store (currently going through a habanero phase).

Plain Greek Yogurt with Berries and Flaxseed – I use the Fage Full Fat and add some frozen raspberries and 1 Tablespoon of ground flaxseed. It’s delicious, high in fat and high in fiber! This snack is great pre-workout because it’s a little bit higher in carbs than my other snacks.

Keto Bark – Holy crap is this delicious!!! I gave it a try and got it on Amazon in a two pack. It is so good! Individually wrapped, which is nice. 120 calories, 10g of Fat, 2g of net carbs…the perfect snack or dessert if you are watching carbs. And it actually tastes SO good! 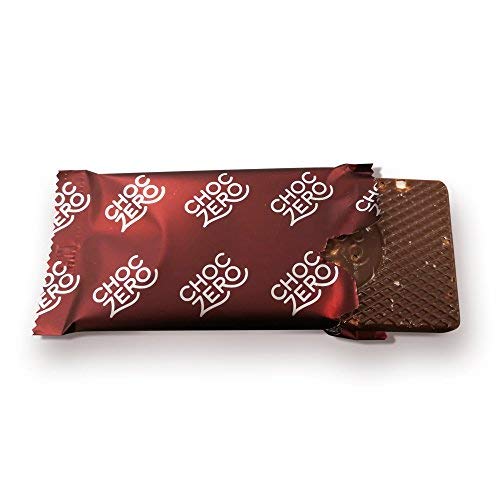 Liquid Stevia– I wanted to give this a try because the regular Stevia packets has some carbs in it but this liquid version doesn’t have any carbs in it. Plus I thought it would be easier to use liquid stevia in cooking some keto recipes I’ve found that I want to try.

Primal Kitchen Collagen Fuel Vanilla Coconut – I got this to try in my coffee. I was interested in seeing if it was a good alternative to putting stevia in my coffee. I liked that it was in individual packets so I could take it to work easily. It mixed well, but I did notice that some of it did settle to the bottom of my coffee cup so that last sip was a little gross in texture.

The flavor was really nice. I tasted mostly vanilla, not so much the coconut. I made my coffee with the collagen packet and some heavy cream.

If you have any other tips or questions, please leave a comment! Thanks! 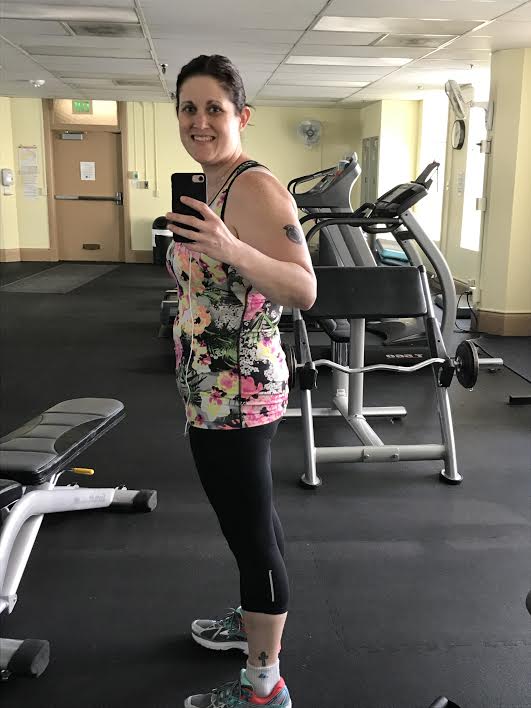 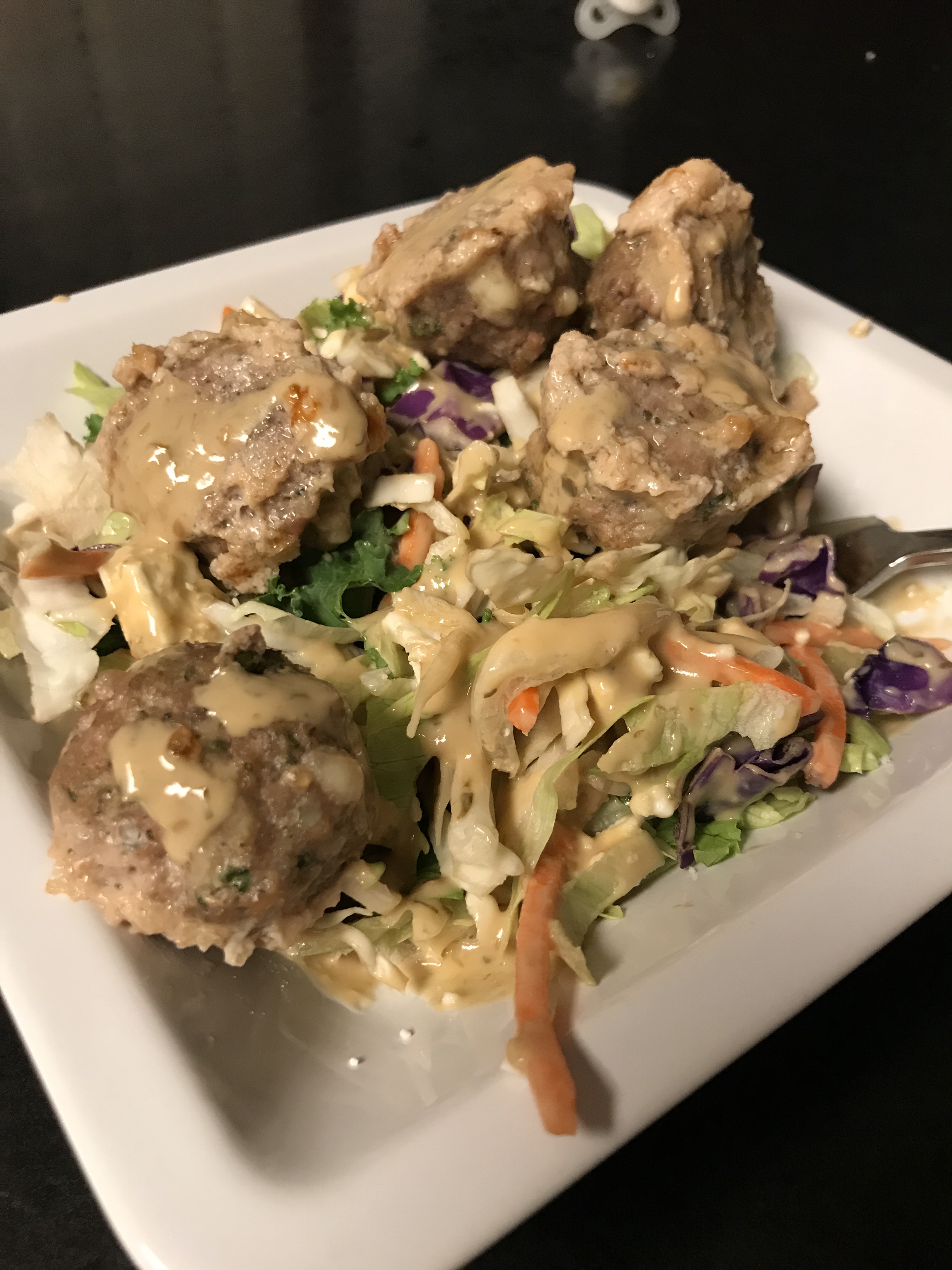 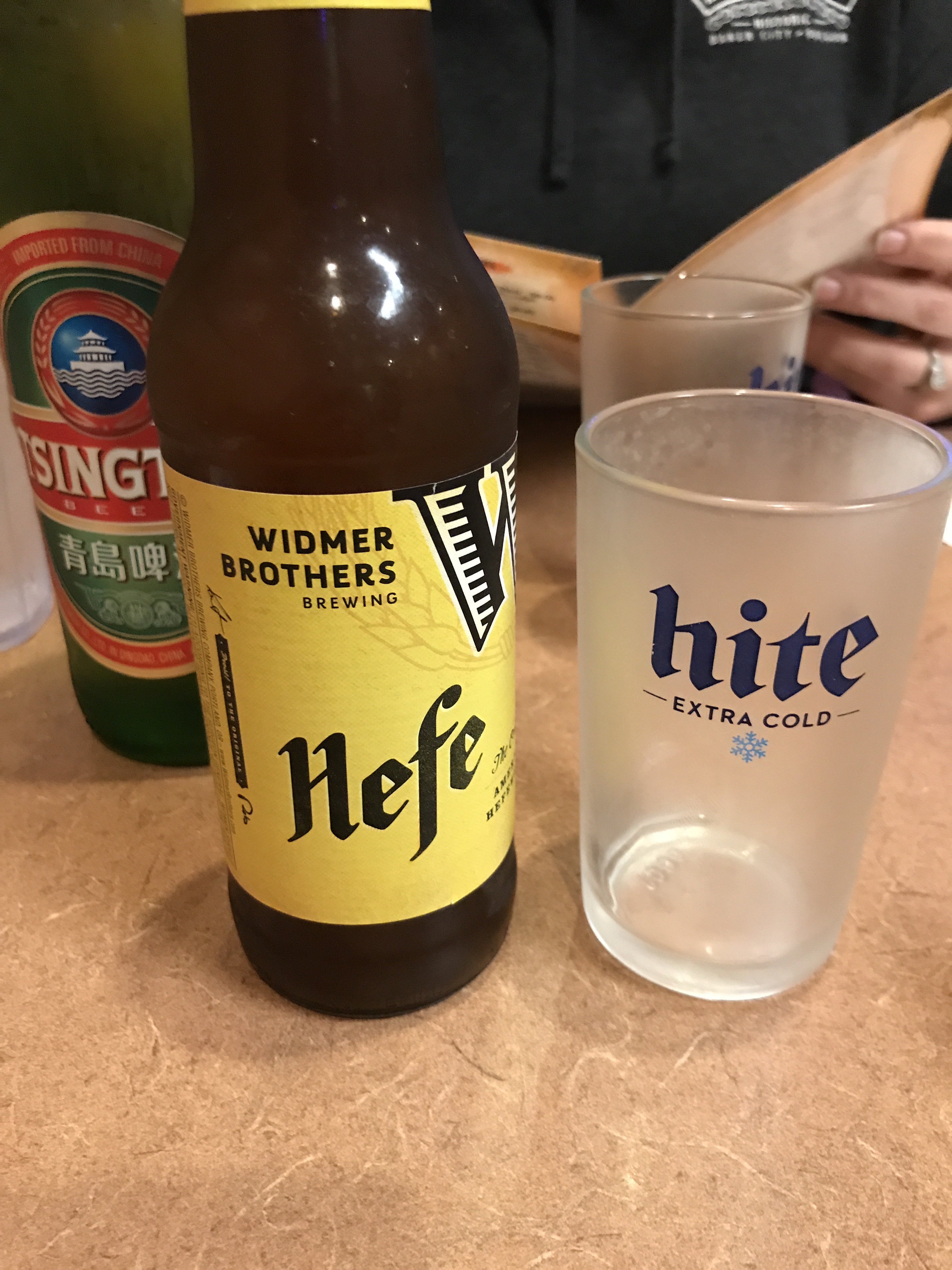 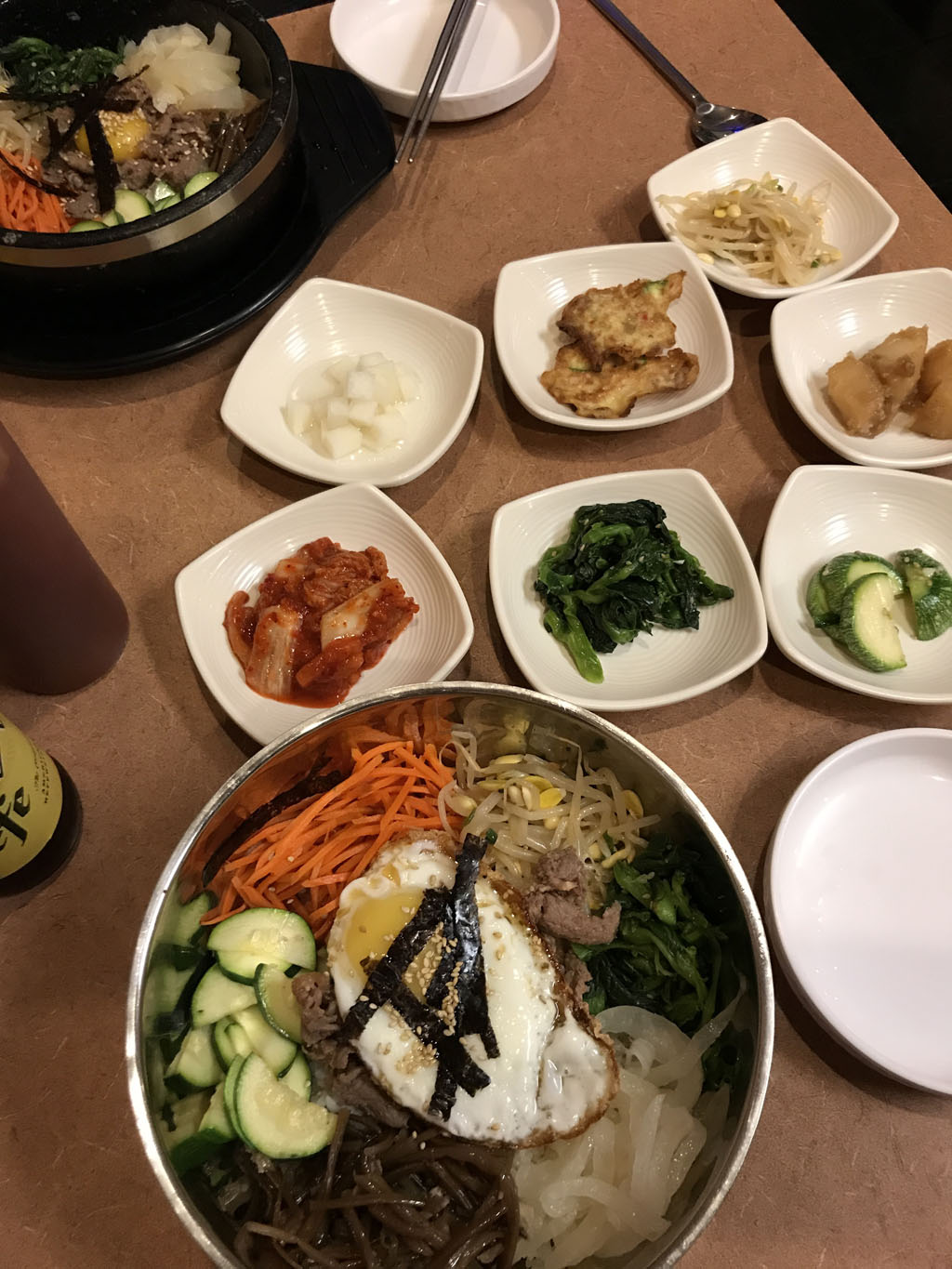 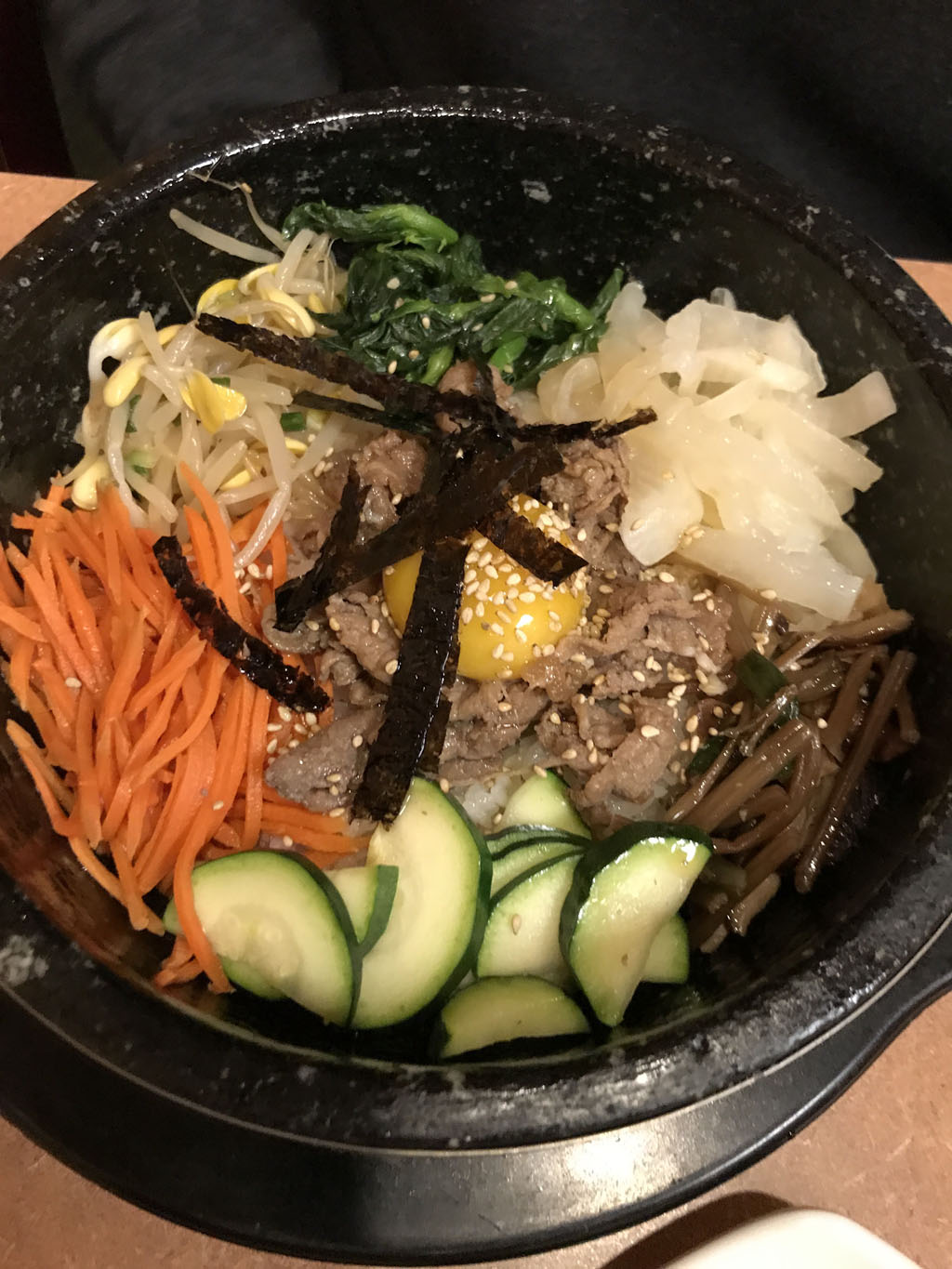