Sage brush! Mile after mile,
Quiet in the sun, and shimmering;
Ever in the sun, ever shimmering!
The long low mountains
Seem to crouch beneath the heat,
And the earth, dried to a powder,
Is strewn with choked brown grass.
Ants burrow in the ground
And live on things that perish here.
Stream beds are dry, beaten paths
Of rabbits and sage coyotes
That for keen thirst run the full length
Of each ravine, and fall at last
As did one here whose bones lie scattered,
White as snow beneath the sun.
God, the waste! the quivering waste!
Where things grow up to die!

Sunday morning I awoke early to get in one last run before the plane ride. My dad and I ran a different way this time…mostly the same path but jutting off through a different neighborhood before we reached the hill. 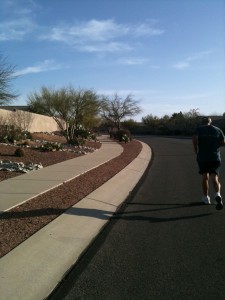 The weather was much changed Sunday morning. Instead of a lovely, balmy 60+ degrees in the morning it was about 45 degrees and crisp. I put on my only running shirt with sleeves (my Hood to Coast shirt) and we set out. 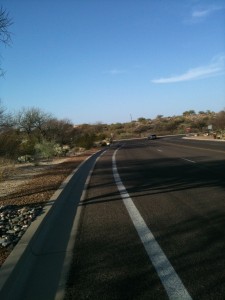 My fingers were cold as we warmed up. My legs were a little sore still from Thursday’s run and Saturday’s hike. I managed to do the whole 3 or so miles without walking though. I remained in my target heart rate range this time too–not spiking too much. 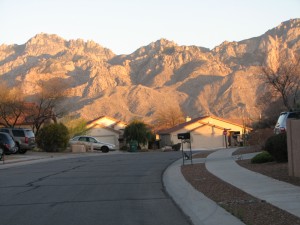 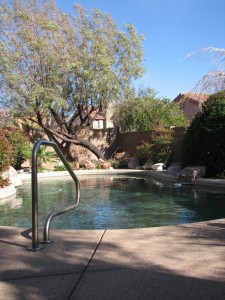 Alas, vacations must end. I stretched, ate, showered and packed. 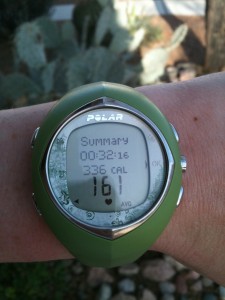 My parents drove us the 1.5 hours to Phoenix on an old highway instead of the freeway. It was miles and miles of nothing but desert. I tried not to be sad. 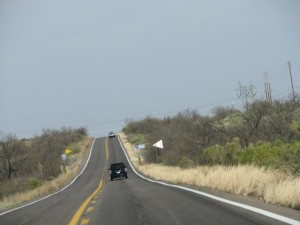 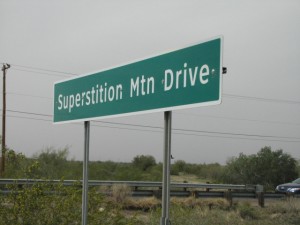 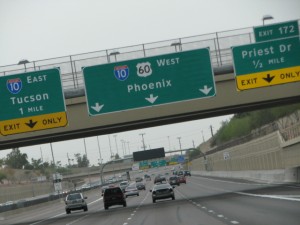 We arrived and Michael and I had a horrible lunch in the airport and then we flew home. 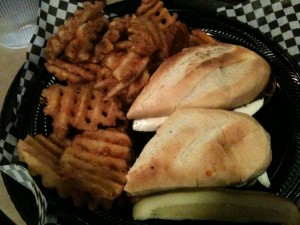 The flight was quick, uneventful and I finished Julie & Julia and started a third book. 🙂 I’d say that was a pretty good vacation! 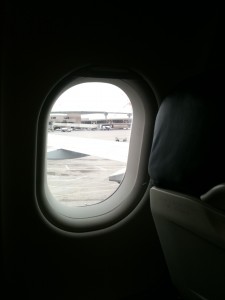 We arrived in Portland to see green trees, gray clouds, cold weather and rain. Michael’s old roommate Shoe picked us up and we were home! 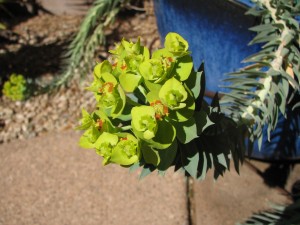 Some things I noticed about my time in Arizona…

Maybe because I was on vacation in an area popular with retired people, but I noticed just how slow the pace was in Tucson. So peaceful. My friend Christine said something similar too. She said that she’s so much happier here than she was in Seattle. The sunshine plays a huge part in it, but she said that the pace down here is much more relaxing. 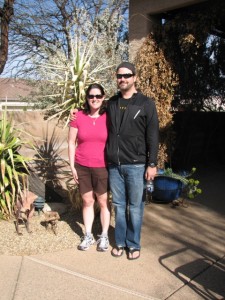 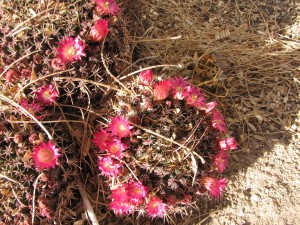 Another thing: my skin was so dry. I used to go to the desert in Eastern Washington as a kid and I remembered what the desert was like but really…it’s hard to adjust. I felt like my body was sucked dry. My eyes were always dry, my contacts were uncomfortable, my sinuses were dry and yucky. My hair was so gross the entire time I was in Tucson–dry, limp, lifeless. Maybe it was the water? Who knows. 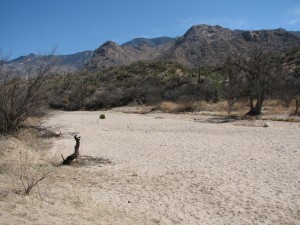 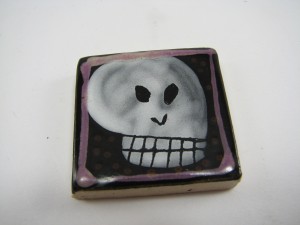 I also craved SALT. Like mad. I never ever crave salt. Ever. Michael craves things like tortilla chips and I crave chocolate. But once I was in Tucson I wanted to lick the salt off of everything. I craved it. My body wanted nothing but salty foods: Fritos and tortilla chips with lunch, crackers, anything! My guess was that since I was sweating out so much fluid it craved the sodium. 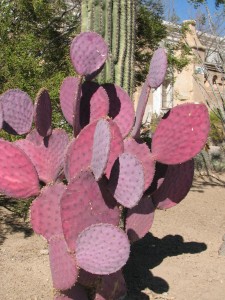 I don’t think I could ever live in Arizona. Which is funny because there was a time in my life where I almost moved to Tucson. How hilarious is that? And after a week here, I know I could not live here. The weather would be nice but everything looks the same. I missed the trees, the green, the water, the rivers, the snow-peaked mountains….It would be a hard adjustment to the brown-everything!

I think Michael and I both learned a good lesson in Arizona: test your body. Push it. Don’t get stuck in the “I’m Injured” cycle. I am SO glad that I ran in Tucson and saw how my body worked. All these months I’ve been afraid to push it, afraid to run outside for fear of immediate injury. Guess what? Nothing happened: I realized I was healed and I could run and hike and do anything I wanted. Same with Michael. He’s been suffering from back pain since December and he realized on this trip that golfing made his back feel better. It’s easy to get stuck in “whoa-is-me” mentality.

One thing I WILL miss for sure: 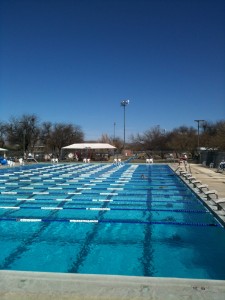 I have been ruined forever by swimming in that amazing pool. 😉

QUESTION: How do you get over the post-vacation blues?