Well, new for me. Remember how I had an equipment malfunction on last weekend’s 40 mile bike ride? When I got home from work on Monday Michael was swapping out my broken (and jerry-rigged) pedals for an old pair from one of his previous bikes.

Yes, I plan on switching to clip-in pedals soon. In fact, I already have the clip-in pedals I just need to get the shoes that will fit with them. I had hoped that I would get the new shoes this winter so I could practice clipping in and out while I was on the bike trainer. But honestly, I think I just need to suck it up and do it already. I need to get over my fear and practice before the Portland Century.

I’d planned on biking to work Tuesday but woke up to rain so moved it to Wednesday. The morning was cool and very gray but dry. 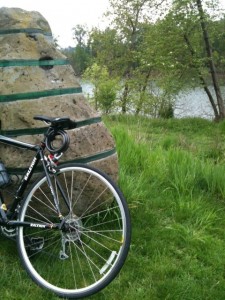 The temperature was in that weird in-between where it was too cold to not wear warm clothes but once I warmed up I was too hot. I stopped by the river and took off my top jacket. I felt much better after that. 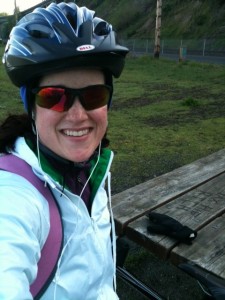 I continued on. The trail was pretty quiet and empty, not many cyclists out. The Hawthorne Bridge wasn’t crowded either. 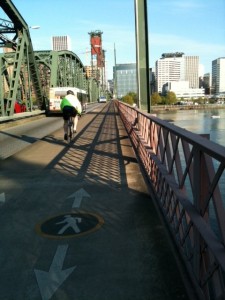 I arrived at work in decent time, hot and sweaty. I’d parked the car a little further away to add some distance to my ride. 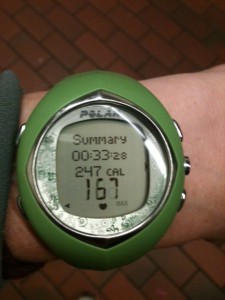 As the day went on yesterday it got grayer, darker and colder. It was the first time I wore my long tights and cycling jacket on my commute home. I watched the weather turning gnarly and figured I would be riding home in the rain. Fortunately, it stayed dry. 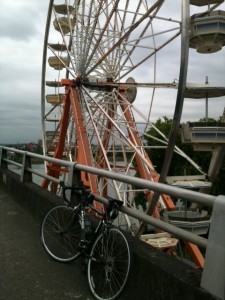 Before I rode I  ate my banana for a snack. I’ve decided to quit bananas. They are healthy and I like them yet every time I eat a banana I am HUNGRIER than ever. It’s NOT a good pre-workout fuel for me and I realized that yesterday when my stomach was growling angrily the entire ride home. Plus my energy was in the toilet. The whole ride was a struggle–and I hadn’t even gotten to any hills yet! 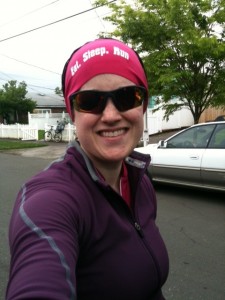 I got back to Michael’s car in Sellwood and the second I hopped off the bike I thought I was going to collapse. My legs were jello. Not good. I immediately ate my little Babybel cheese snack (70 calories) to try and take the edge off my gnawing hunger while I drove home. 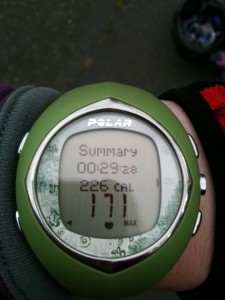 The moment I got home I ate a snack in a frenzy. I was so famished I couldn’t think straight. Not a good place to be. Michael got home shortly after that and he suggested we have turkey burgers for dinner instead of the salmon and scallops we’d planned on. I was so hungry I immediately agreed. We had an early dinner. 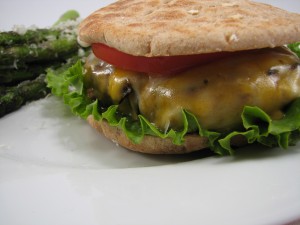 Grilled asparagus as the side. I devoured every bite and felt immediately better. I also had one glass of white wine. 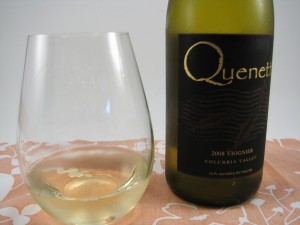 Instead of doing chores and running errands like I planned on doing, I got into my PJ’s and Michael and I settled in to spend the rest of the evening catching up on TV shows (The Office specifically). It was nice to just totally veg out!

QUESTION: What is your favorite pre-workout food? And what’s up with bananas?!? 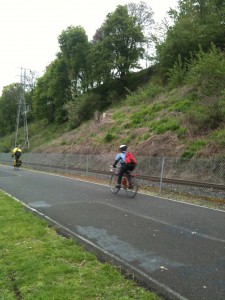 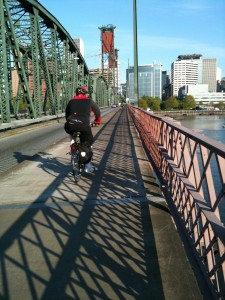 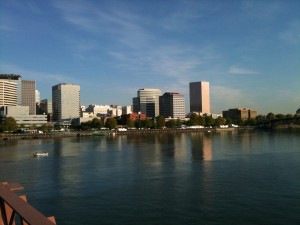 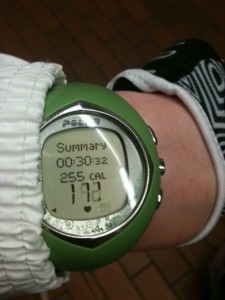 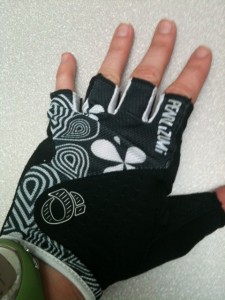 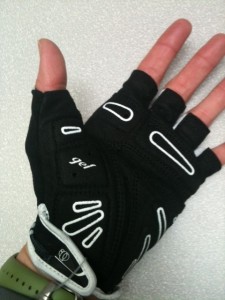 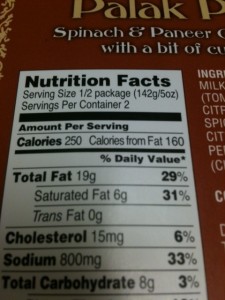 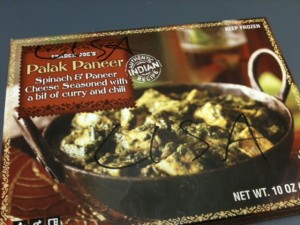