At some point being an Oregonian you have to get over the weather interfering with plans. The weather report can say 5% chance of rain and that could mean a steady drizzle that never ends, or an intense downpour for ten minutes that will completely soak you.

Wednesday was a crappy day. I was grumpy and tired. I had to go to a doctor appointment right after work for my annual check up (and freckle check). Everything was good and my blood pressure was 120/60 (last time it was 110/60 so a tad higher but I chalk that up to the anxiety of the day) . I got home at 6:30 and still had to workout. I was dragging and really didn’t want to do it. I just wanted to veg. Michael had gotten the bikes all ready for us to go for a ride so I agreed. It was sweet of him to do all that in preparation. It motivated me to get my butt out there! 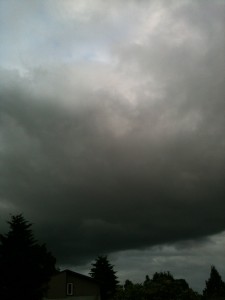 We changed and headed out. The weather looked okay. There was only a 10% chance of rain in the forecast but there were dark clouds looming in the sky. I thought it was a little iffy but we went for it. 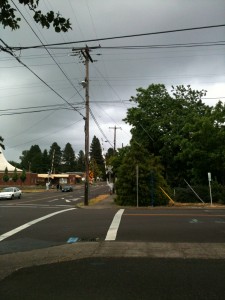 There’s a 10 mile route that Michael has mapped out. It takes about an hour and it’s a mixture of big hills, rolling hills and flat road so there’s a nice variety. The only downside is that there are a lot of intersections we have to stop at. We set out in the muggy rain cloud hoping it wouldn’t dump on us.

Michael and I have been caught in a rainstorm before. One time we went for an impromptu bike ride that ended up being a rainy and muddy ride! And another time, we went for a hike in The Gorge and were caught in a rain storm! We had to take shelter in a cave for the storm to pass. 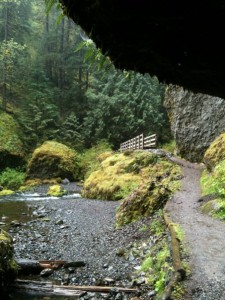 So we’ve learned the hard way that we won’t melt in the rain. 😉 Still, it’s not pleasant. We biked through neighborhood streets that had nice bike lanes. I was getting good practice clipping in and out on my bike. I felt a lot more comfortable just having Michael there with me while I did it. We eventually connected to the Springwater Trail and headed West toward downtown. The clouds that were black and menacing suddenly opened up and dumped cold rain on us. Neither of us were really prepared. I stopped under a tree for shelter while Michael put on his rain jacket. I did not have my rain jacket! 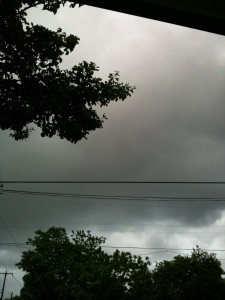 We were literally at the half way point of the 10 mile loop. As far from home as possible. We raced down the trail in the torrential rain and rode through Sellwood. We got to Milwaukie and the rain started up again. We decided to take a break for a few minutes under shelter. 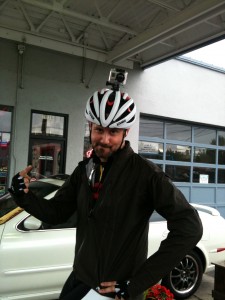 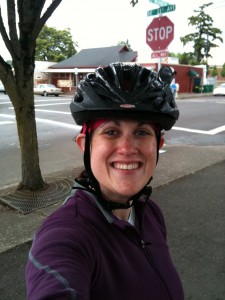 I look like a total dork in my photo! I was trying Michael’s old helmet and it was sitting weirdly on my head. The rain died down and rode the rest of the way home. 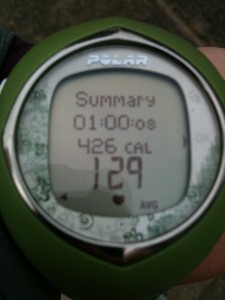 We dried off. It was 8pm by this time and we were both hungry (I’d been hungry all effing day!) so we decided to go out. We went to La Costita because I had a Groupon for it. 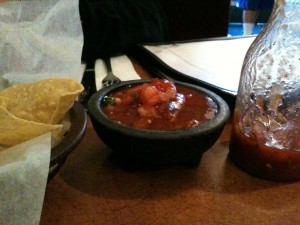 Those chips didn’t stand a chance! Devoured. I ordered the Carne Asada dish. It was just okay. I ate about half of it and saved the rest for lunch. 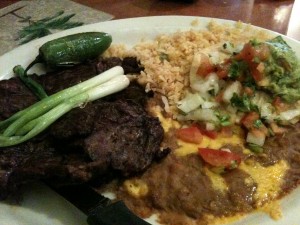 I would have preferred black beans or pinto beans. But it was a decent dinner and hey, you can’t really be picky at 8:30pm.

I’m glad we got a ride in, even if we did get soaked!

QUESTION: Are you an all-weather cyclist?