For my cousin’s wedding we were all staying at the Moon River Ranch. It was actually near Waco, Texas I think, but it was literally in the middle of nowhere. I’ve never been to a destination wedding before (I think this qualifies since most family had to travel from somewhere else). This place was NUTS. I had no idea what to expect from a working ranch in Texas. My expectations were blown out of the water. 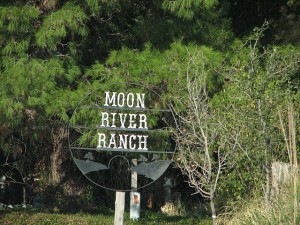 We drove through the middle of nowhere, through scant towns riddled with poverty. Then drove 4 miles down a gravel road to the ranch. 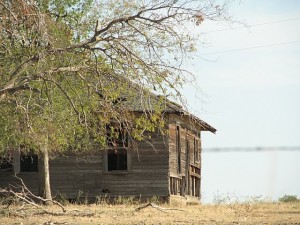 The land was like a step into history. Words cannot describe what this place was like. The main lodge was humongous and like a maze. Every where you turned there was something new and cool to look at. 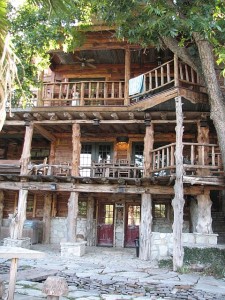 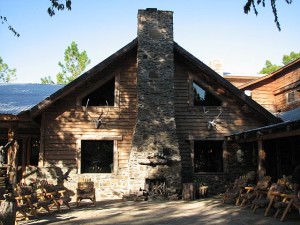 The decorations were rustic, bizarre and very cool. There were stuffed animals at every corner–elk, gazelle, deer, moose, you name it. There was homemade furniture, leather chairs made with animal fur. It was truly an old-western heaven. 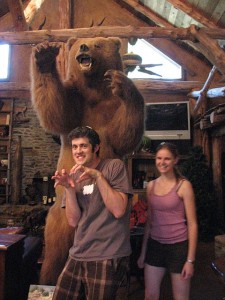 The bear was the hit. We were so amused by it. You better believe we took tons of pictures with the bear. 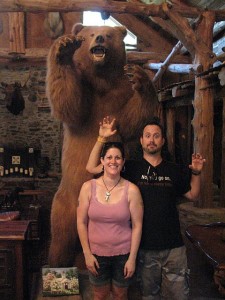 Our immediate family was in the nearby farmhouse. I think it was the original farmhouse from back in the day. Unlike the main lodge, it was very very old and authentic–not a replica. Inside there was a big living room, a kitchen (with plaid carpet on the floor). There was a master bedroom and bathroom, and then the smaller bedroom with two sets of bunk beds. That’s where us “kids” slept. Michael slept in the top loft in that bedroom and I took one of the bottom bunks. 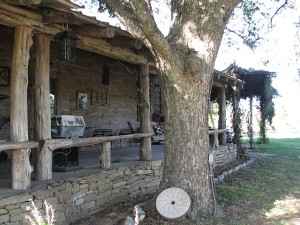 The farmhouse was looking over the pond. There was a pair of swans in the pond and palm trees around it. 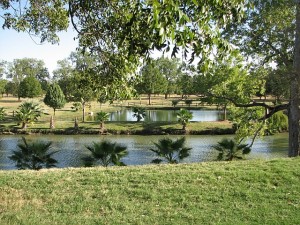 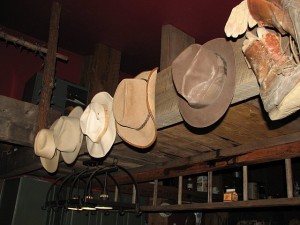 There was a pool and lounge area. There were lounge chairs all over and it was very inviting. I knew I’d definitely be in that pool during the weekend! 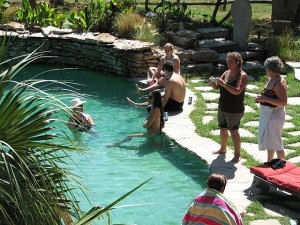 There were fire pits all over the place with lounge chairs. We met the friendly ranch kitty who loved attention. She was a sweetheart. 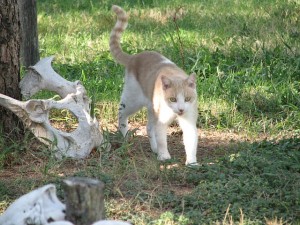 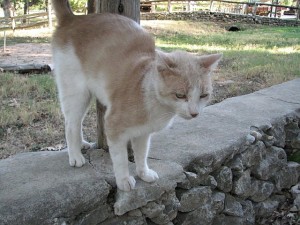 There were horses, ponies and longhorn cattle. There was also buffalo! 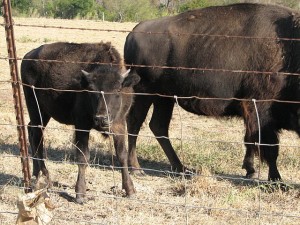 We arrived a little before dinner time. We had some time to explore the ranch–there was so much to see! 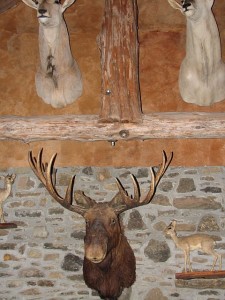 Michael, my brother and Lisa and I also went out in the paddle boat on the pond. First the three of them went out and I took photos. 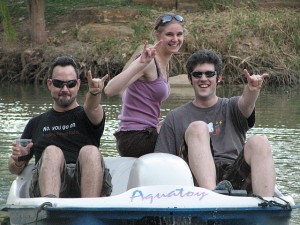 Then Michael and I went out together and we did the whole pond loop. It’s funny because we kicked butt at the paddle boat. I think it’s because we’re cyclists. 🙂 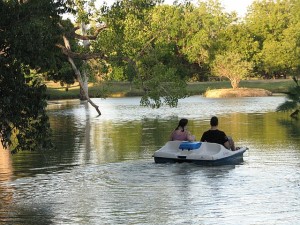 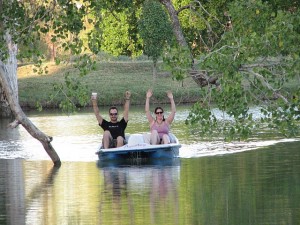 We had just enough time to get changed and cleaned up before the rehearsal dinner at the lodge. 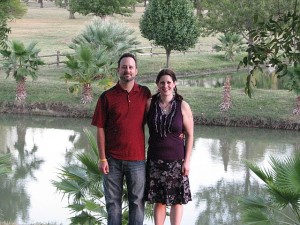 Dinner was buffet style BBQ. There was mashed potatoes with gravy, an amazing chicken curry with rice, baked beans, corn, garlic bread, chili, and some other stuff I didn’t even try. 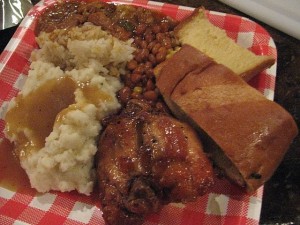 I ate so much but it was absolutely worth it. The food was amazing. The chicken was the star of the night: Peach Whiskey BBQ Chicken. Oh my god! I must find the recipe for this and recreate it. It was the best chicken I’ve ever had (my uncle did great!). I ate too much but it was wonderful each and every bite. 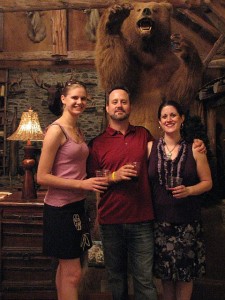 We enjoyed some cocktails and socialized with the family. It was fun to see everyone. It was mostly our family on Friday night. The groom’s family was local so they showed up Saturday. Melina had family from England and Australia and it was one big mixing pot in the middle of Texas. 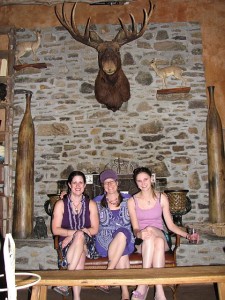 It was fun hanging out with everyone. My uncle played old videos of Melina as a kid and a teenager. They were hilarious to watch. Thank goodness my parents never had video cameras–I won’t have embarrassing videos at my wedding! 🙂 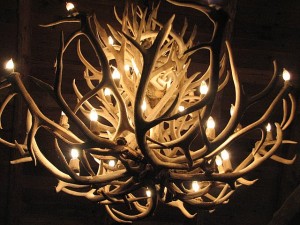 The sun went down early, glowing red in the sky. It was weird to see the skyline without tall trees. I am such a Northwest Girl. 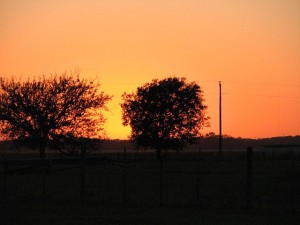 Michael and I headed back to the farmhouse after awhile. Some family members stayed up really late partying. I was so tired, my head hit the pillow and I was out immediately (which never happens to me). I slept like the dead and didn’t wake up even once that night. Good food, family and fun times = sleep like a rock.

QUESTION: Have you ever been to a dude ranch? Would you want to go to one?