Historically we spend my birthday in the snow. We’ve gone to Bend many, many times, Sisters once and Mount Hood. Usually the snowshoeing is fantastic in January! Unfortunately this year the snow levels in the mountains were nearly non-existent.  Many friends that went to Bend or Mt. Hood to snowboard or ski complained about the lack of snow. So this year we skipped the snowy-birthday and went to the beach instead. Maybe we just needed a change. We got a Groupon Getaway for a hotel in Lincoln City. I love Lincoln City. It’s one of my favorite beach towns in Oregon (Rockaway is my first). 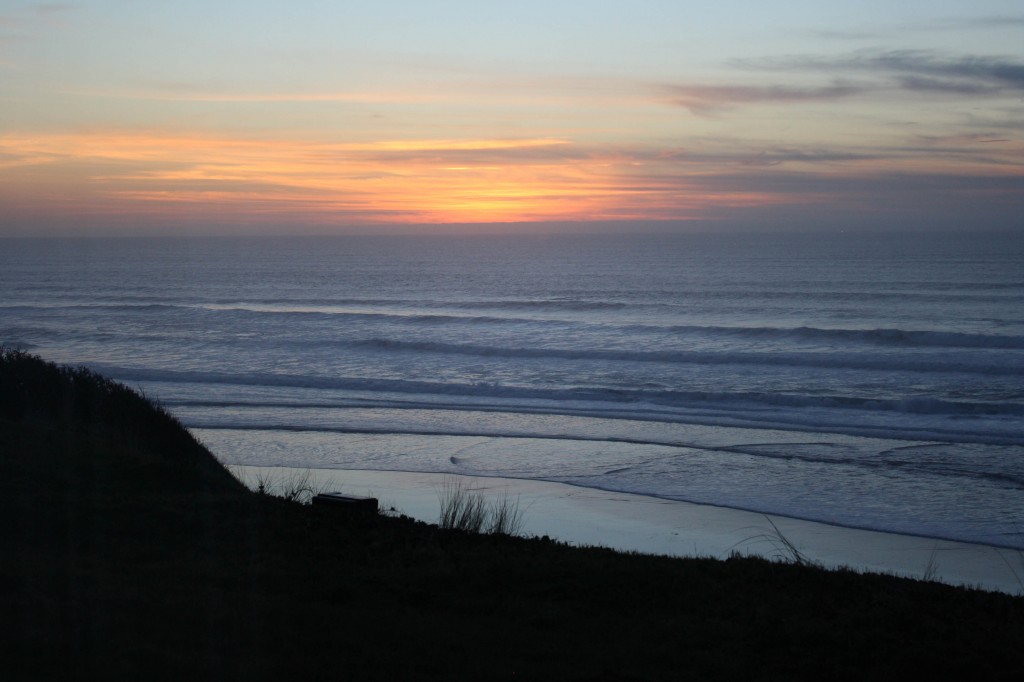 I was excited to try something new for my birthday and to also experience Bella’s FIRST beach trip! 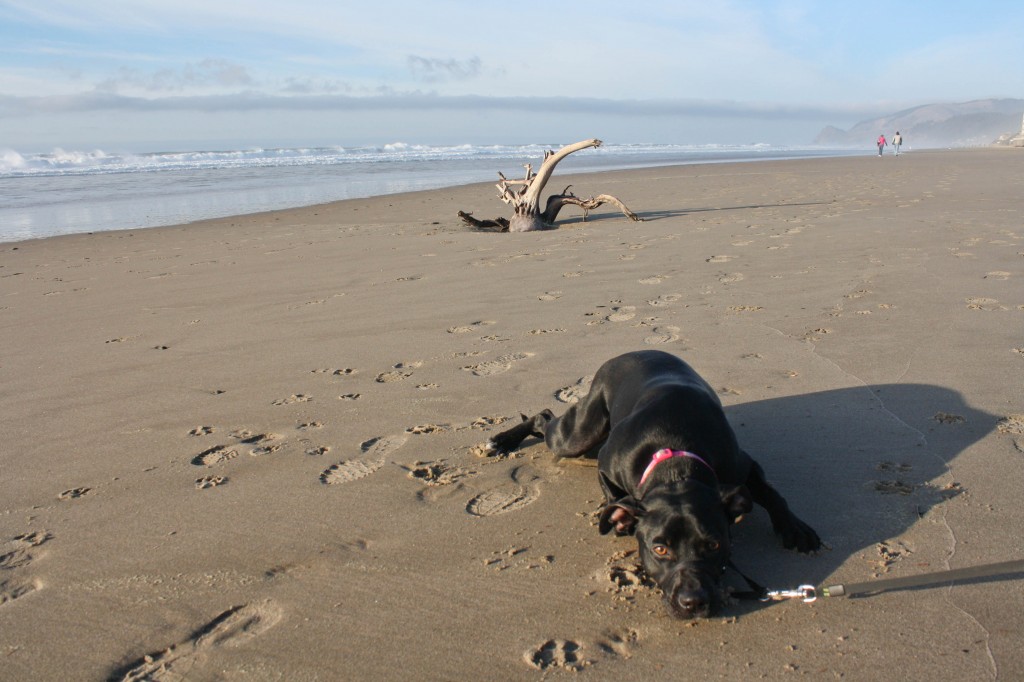 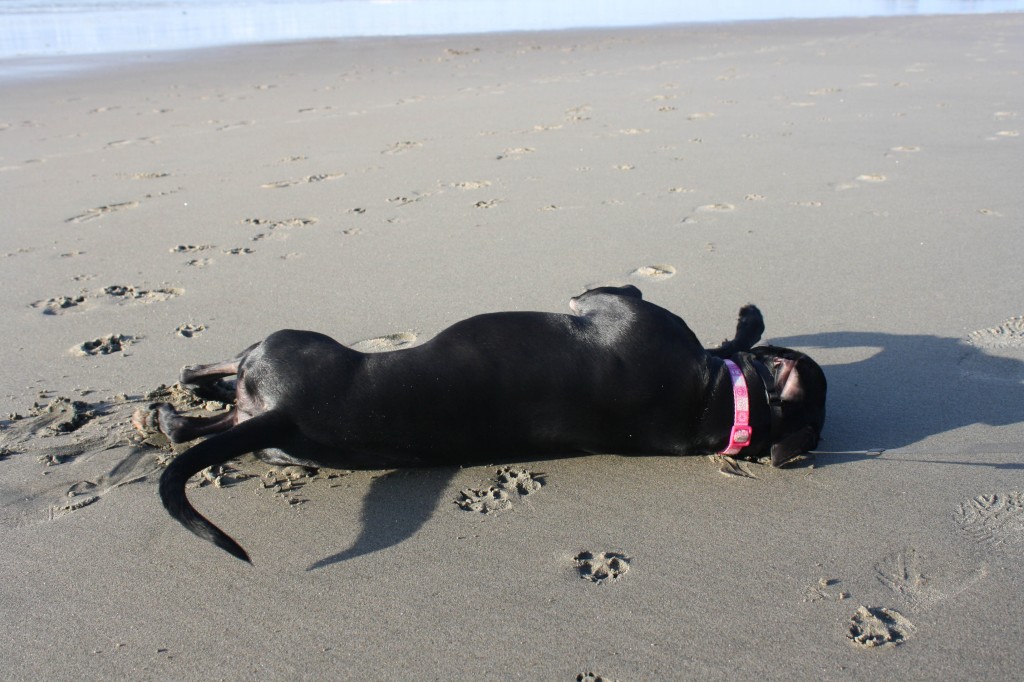 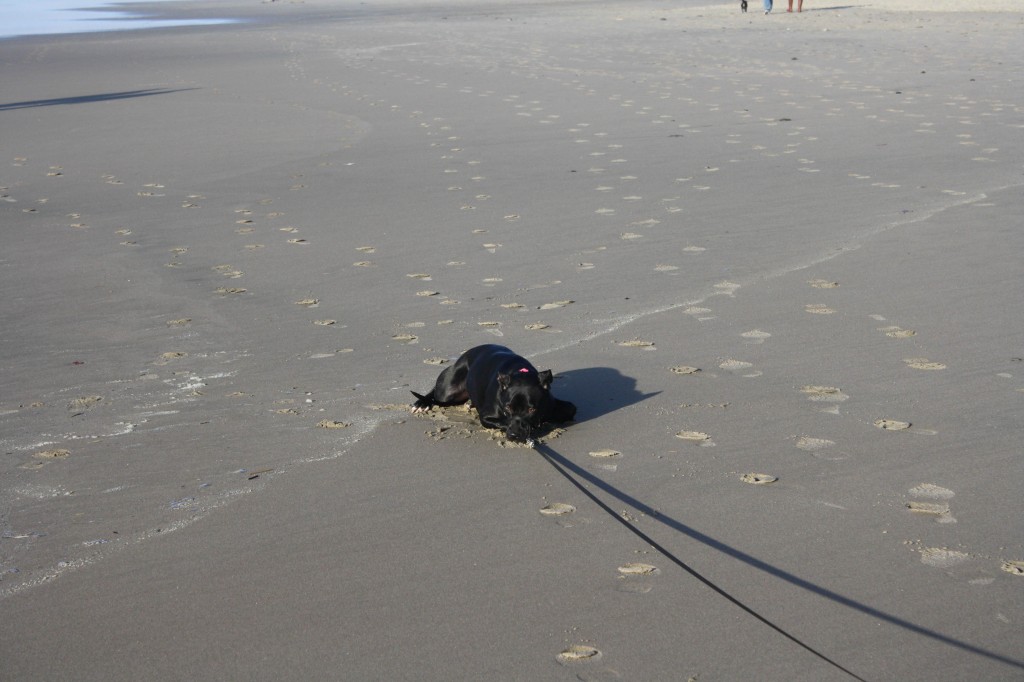 Funny enough, she seemed to prefer just rolling around in the sand! It was very odd and totally hilarious. She scooted, rolled, rubbed and flopped around in the sand. She was one dirty girl after this weekend. She didn’t like the super soft sand by the surf and she seemed scared of the ocean so she didn’t venture into the water, which was probably for the best because it was pretty cold. 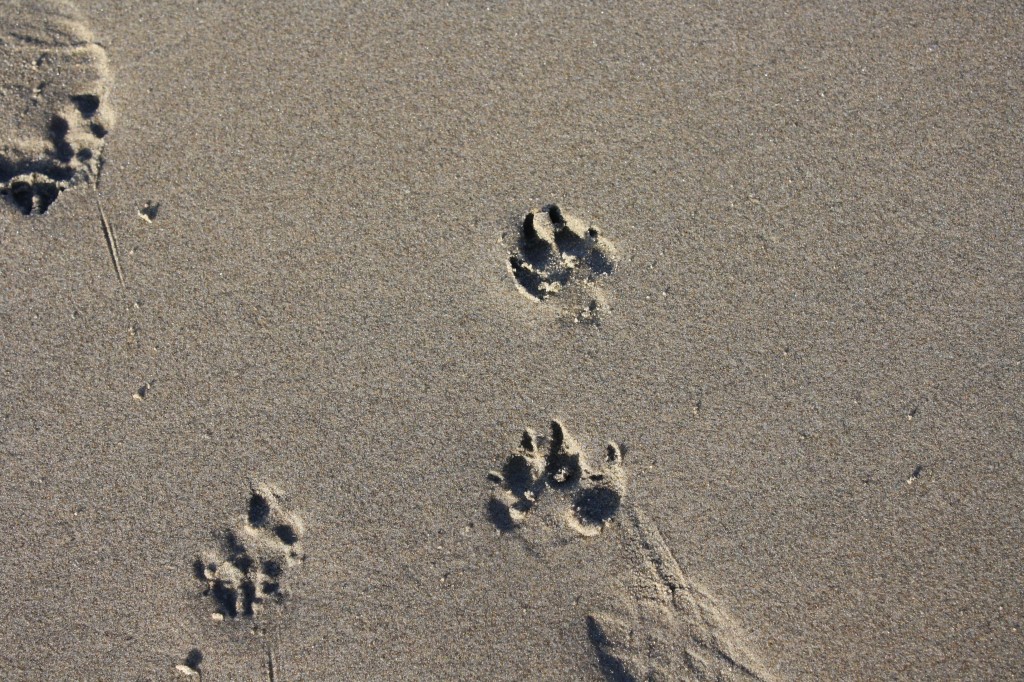 Lincoln City is a good beach town for flying a kite, which we didn’t do this time. The wind is just perfect for it. We got lucky this weekend. The weather was perfect–around 50 degrees, clear blue skies and not too windy. The first day we went down to the beach was a bit cold but the following days were not bad. 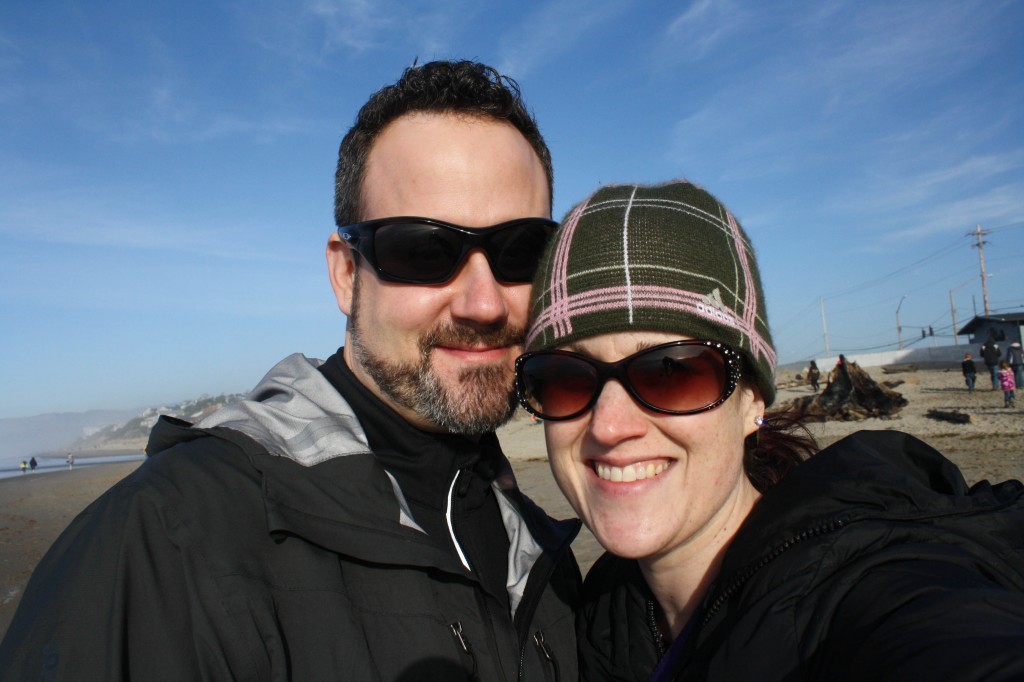 We walked around quite a bit on the beach. Because Bella’s recall is about 80% we didn’t take her off leash, but we had a super long leash and let it all out so she could run around and have some semblance of freedom. She seemed over-stimulated most of the time which meant she didn’t bark at all the strangers on the beach or the dogs on the beach, which was good! 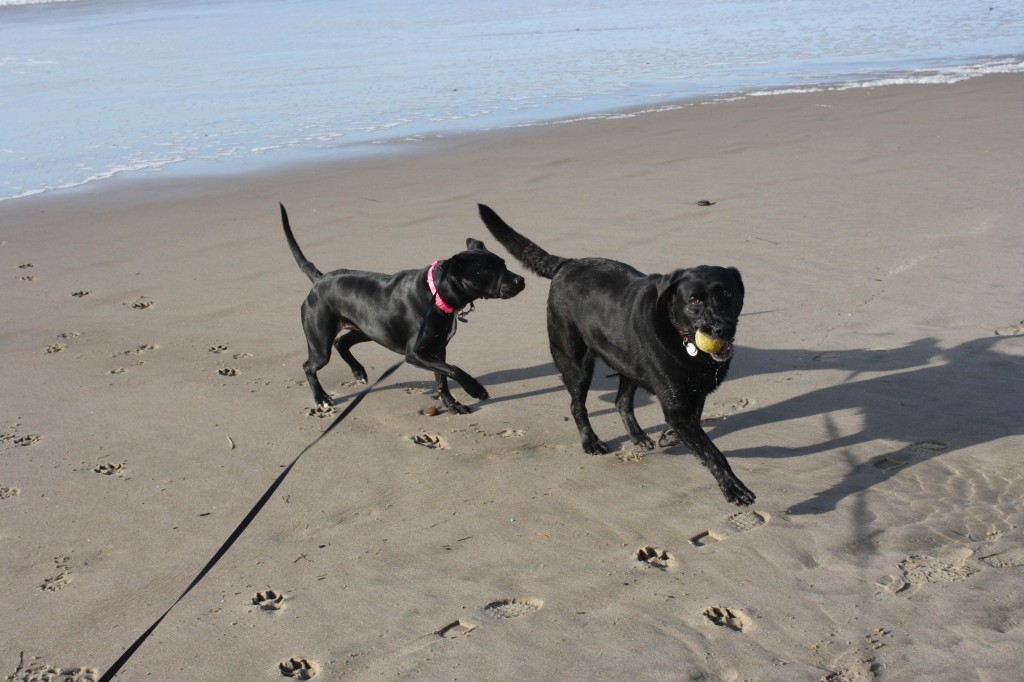 Hopefully when she is a little older and more trained she can be off leash and go nuts with the other dogs!

After spending the afternoon on the beach we went over to Chinook Winds, the casino at Lincoln City. I’ve never played there before and wanted to check it out. It was super crowded for the holiday weekend but I squeezed in at the roulette table and gave it a try. I ended up walking away with double my money! WOOHOO!!!! 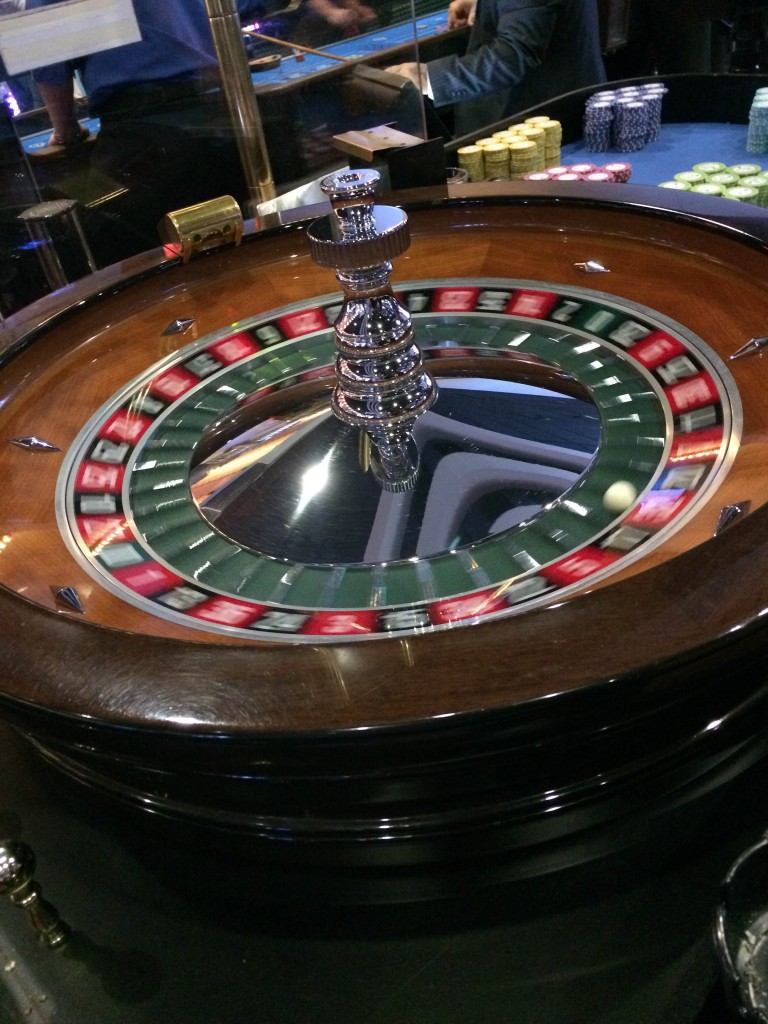 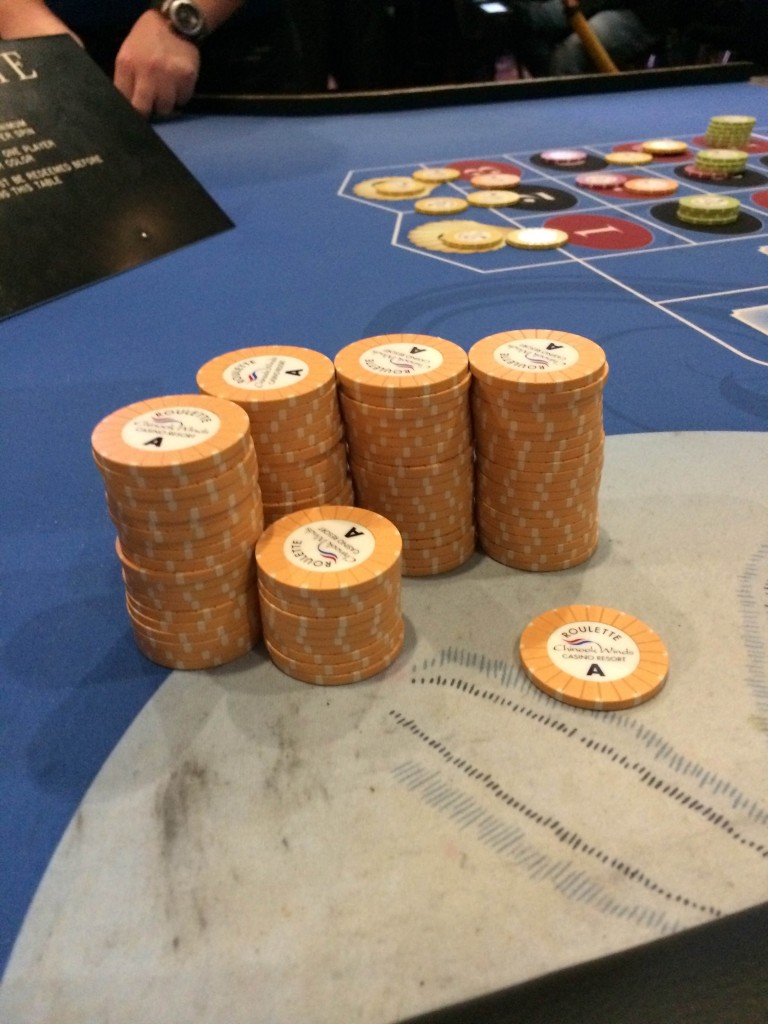 Finally it was dinner time and we went to Humble Pie Pizzaria. It was a little hole-in-the-wall joint with some old hippies in tie-dye making some damn good pizza. We got it to go, made a stop by the local grocery store that had a walk-in beer fridge and then went back to the room so we could hang out with Bella. 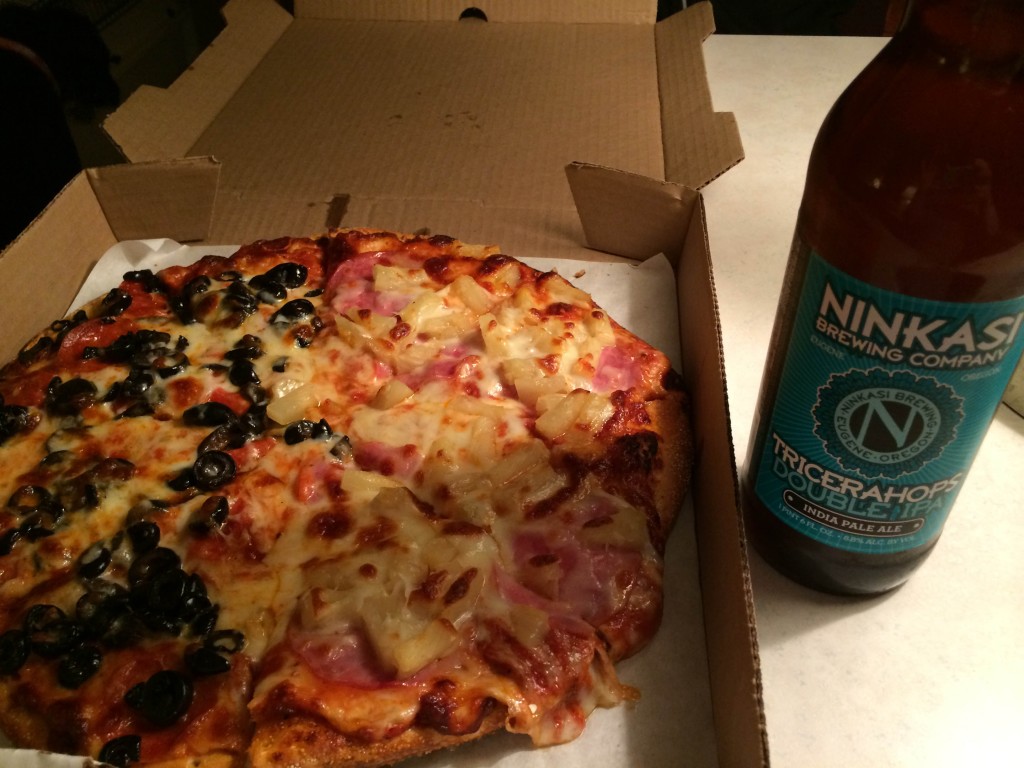 It was pretty darn good pizza. And there’s just something great about eating pizza and drinking beer in a hotel room. 🙂 We called it a night because we were all pretty tired by this time. Even though we don’t really let Bella on the bed at home, we did in the hotel. She did really great. She slept in her crate at night and didn’t bark too much. She had to have a few time-outs when we first got there because she’d bark at the sounds outside, but it only took a few time-outs and she got it and was great the rest of the weekend. I was happy that her first “vacation” was a success. Now we know we can take her other places with us!

It wasn’t that late but I was super tired and that Ninkasi Tricerahops Double IPA hit me fast and honestly, the sound of the ocean outside your bedroom just makes you relaxed and sleepy. Why don’t we go to the beach more often??