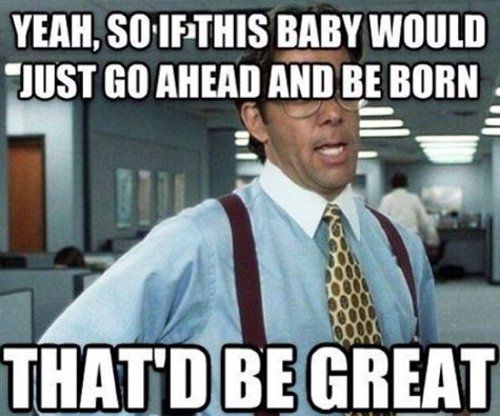 Thanks for all the blog comments, the facebook comments and personal emails regarding the post on weight gain! It was nice to read other people’s experiences and how they felt mentally about it. I don’t know if I articulated very well how I had been feeling about the weight gain–it really was just about seeing numbers on a scale I hadn’t seen in almost a decade and it was a huge shock to the brain.

Somewhere around 34 weeks I started to not care as much about the weight gain. I think part of it was being pretty close to the finish line and part of it was just making peace with it being what it is. When I was 28 or 29 weeks and seeing how much I’d gained I kept thinking…oh my god, I have so much further to go before this is over! If I’ve already gained 30 pounds and I have 10 weeks to go…does that mean I’ll gain 50? 60?? HOLY CRAP. The numbers were freaking me out. But by the time I got to 34 weeks I realized, it’s not that much longer, I’m probably NOT going to gain that much…calm down.

Anyways, thanks for the insight and support!

I guess I hit “publish” a little too soon on the last update! Where I left off: the doctor visit went well, I wasn’t really dilated yet but 50% effaced and baby was already in the birthing position (yikes). The doctor said she’d be surprised if he made it to his due date (March 15th). I kind of dismissed that (and honestly wondered if she cursed me to be two weeks late!!).

Then the next day I started having some cramping again. It felt similar to the period cramps I felt at 32 weeks when we went into Labor and Delivery to check for pre-term labor. It started in my low back in the morning and increased while I was at work. Then it moved into the front and continued. It pretty much went on all day and all evening long. I was leaving work early for an appointment and I texted Michael and told him how I was feeling. He asked if “this is it” or if it was “irritations” (remember, I have an irritable uterus lol). I said I didn’t think this was it but…they were definitely more painful than the “irritable uterus” issue I had!

After my appointment I went home and laid on the couch for the rest of the evening, taking it easy. I drank a bunch of water, I tried to get comfortable (which was a challenge). Used the heating pad on my low back (which didn’t really help). I paced around the house a little bit (with Bella following behind me pacing as well). Took a muscle relaxer and went to bed early. Contractions didn’t wake me up during the night, but having to pee A LOT did.

The next day I went to work with mild cramping (very very mild) and just tried to take it easy.

I just kept thinking…let’s try and wait another week or two baby. I have things to do this week! You can’t come yet.

My work threw me a baby shower! It was so sweet of them and people were really, really generous. We literally need nothing for our baby now! It’s pretty funny– we played the shower game where people try and guess how round my belly is with string. The two men there were smart and cut the string about an inch long. LOL Well played fellas! 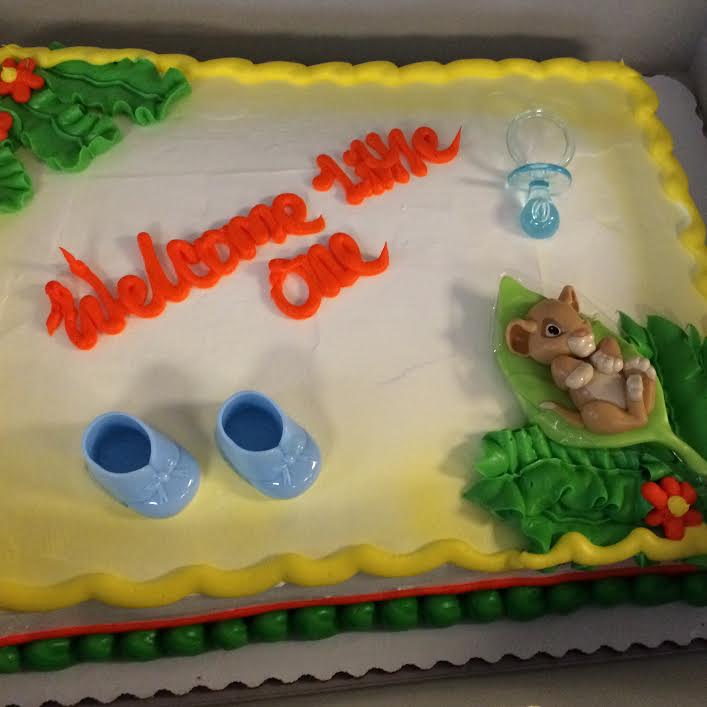 Got my results from the Group B Strep test. Negative! It’s not something that’s a big deal, according to my doctor, but if you’re positive you have to take IV antibiotics during labor to prevent passing it on to the baby. So I’m glad it’s negative–one less thing to think about or plan for during the labor process.

Been training the person who is going to cover my job while I’m on maternity leave. It’s going well and it’s a huge relief that we’ve had a good solid week of training for her. I would have liked to start training earlier but that didn’t happen and I feel a time crunch so I’m kind of speeding through things just in case.

Week 37 began with more cramping. Monday they were pretty intense. It feels very reminiscent of the months when we were trying to conceive and I was symptom spotting trying to figure out if it “worked”. Except now I’m on the “is this a symptom of labor” watch!

Monday I started having mild cramping again that increased as the day went on. It was pretty intense for a few hours–it took my breathe away a few times, made me feel light headed and a little nauseated and my legs felt shaky like an adrenaline dump. Went home and they continued. We went out to dinner to Olive Garden — I was craving the breadsticks for some reason — went to Target for a few things then back home. I went to bed and got a few hours of sleep before being woken up by painful contractions. They lasted the rest of the evening and were pretty painful. Kept me awake pretty much the rest of the night.

Tuesday I ended up staying home from work. Partly due to lack of sleep but mostly because of the contractions. They weren’t really a pattern (or not one that I could figure out in my haze) but I wanted to be home in case they increased. Tuesday morning was mostly back to the mild cramping. Then…a few days of nothing!

Exercise: This week I’m down to three gym days instead of four. Part of it was the contractions I was feeling earlier in the week and being a little nervous about going to the gym. And part of it was just slowing down and feeling like my hips were no longer in the right place on my body! We went for a walk one night after work and it took for-ever to do 1.5 miles. I was so slow! 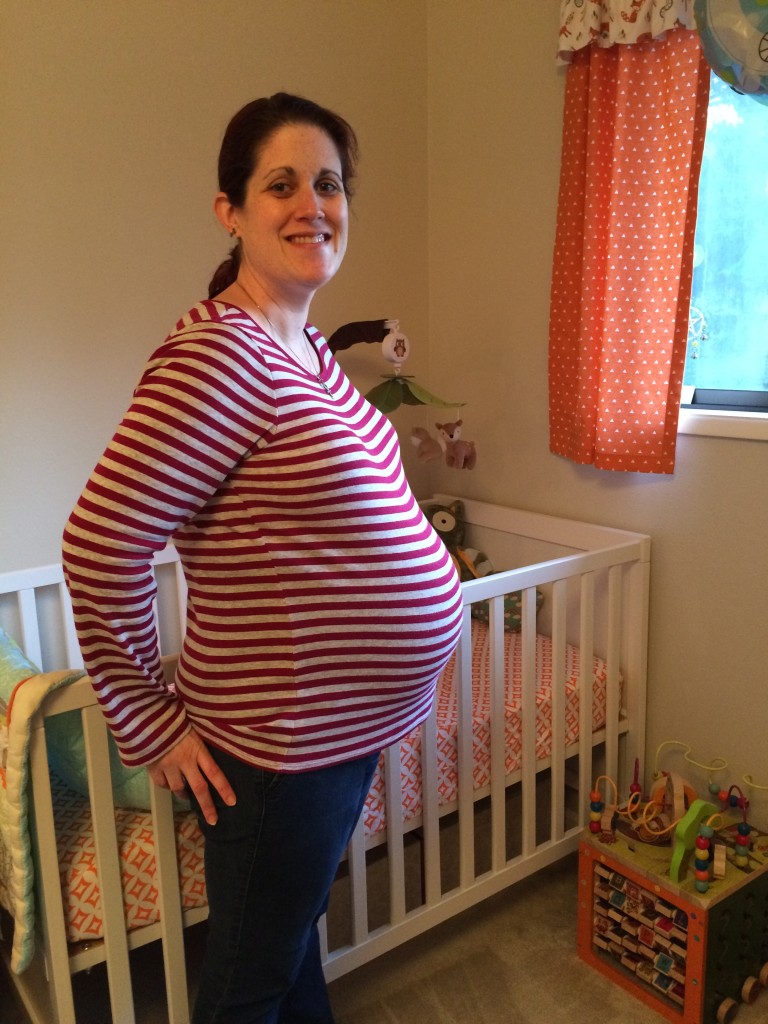 Symptoms this week: Cramps, on again off again contractions, pelvic pain and groin pain. Ankles, legs and feet are starting to swell. 🙁

Cravings: Not really anything!

Monday February 29th I woke up with cramps. Technically still 37 weeks (and 6 days) but whatever. My alarm went off at 6am, cramps started and stuck around all morning. Then after lunch started having some contractions–cramping and waves and then my belly got really tight. Not quite painful but getting close to being painful.

Monday night I made Michael watch Three Men and a Baby (and he actually liked it!!). LOL It was nice to see the movie after so long and it was still pretty funny. My favorite part was when they were trying to first figure out how to feed the baby and change the diapers–using giant toddler diapers. LOL 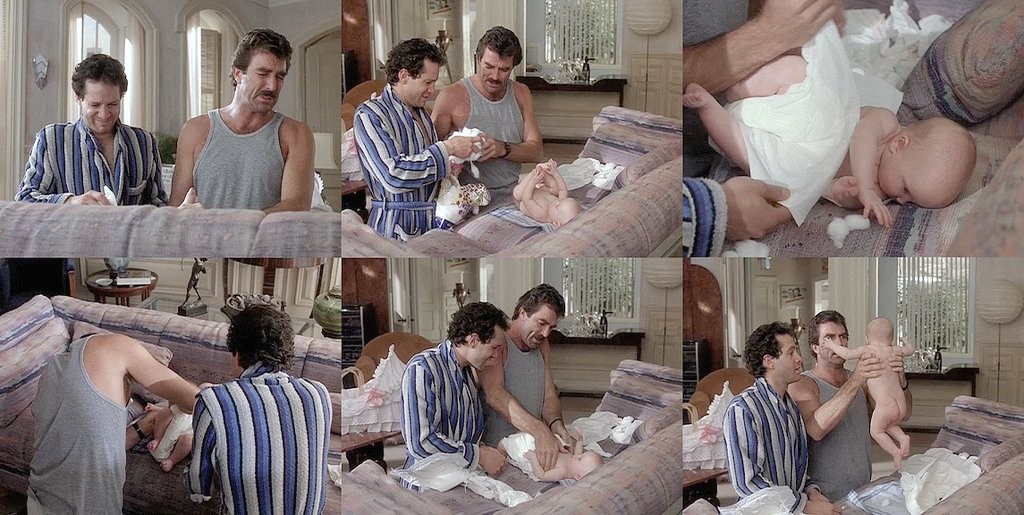 Tuesday at 1am, I was woken up by painful contractions that I started timing and were about 20-30 minutes apart. They kept me awake for a few hours and I finally dozed off again around 3am and slept fitfully until 6am. Woke up to more contractions, still around 20 minutes apart. We went to our OB appointment and she said I was in “early labor” but that could mean days or a week. No way to tell!

Still just 50% effaced but dilated to 1 cm! But the doctor could feel the baby’s head–which is kind of freaky if you ask me!! Making some progress I GUESS….it was a little bit disappointing to hear it was only 1 cm though. I thought for sure all the cramps and contractions I’ve been having were doing something…

This article was really interesting:  A timeline of a baby’s first hour.

Symptoms this week: Contractions off and on. SI/hip pain is back in full force. Got a massage this week, which was really nice.

A lot of emotions are going on right now! All these contractions starting and stopping have me feeling both excited and impatient and slightly disappointed whenever they stop and it’s clearly not “time.” I’m happy and excited and READY to meet our baby.

The impatience is hard to deal with. I’m taking it all one day at a time, which makes it hard to make plans. And this is all very new and weird for ME because I plan for everything. It feels very off to not be in control of my schedule and my life. I know, I know, that will go out the window once he’s here. But right now, when he’s not here yet, it feels strange to not be able to plan anything beyond a few hours at a time.

Everyone is excited and I get 100 questions and comments a day from friends, family, coworkers, even strangers…which can be a little tiring. The “yep I’m still pregnant” conversation has begun.

Drink This and Try Not To Puke