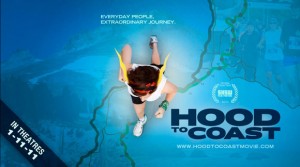 I was a bit bummed in January when I missed the premiere of the Hood to Coast movie. I dragged my feet about whether or not to spend the $50 to see a movie and then by the time I decided to do it, they were sold out. I was disappointed but I also had mixed feelings about seeing the movie too. 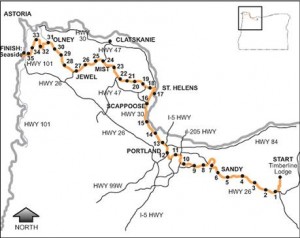 Michael and I made a date night out of it. We went to Jake’s for Happy Hour. We split the spinach artichoke dip and each had a drink. 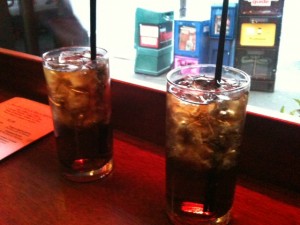 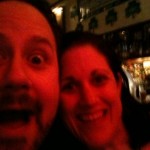 Sorry about the weird lighting. After Happy Hour we walked over to the Living Room Theatres for dinner and the movie. 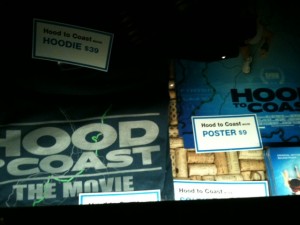 I’ve never been to the Living Room theatre before. The restaurant/bar was a classy fun place and after we ordered dinner and drinks we went to the theatre and got settled in. They brought the food to us which was nice. 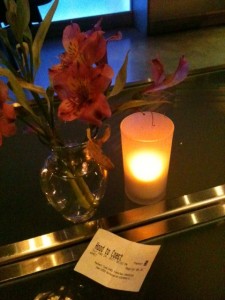 The seats were really nice. They were comfortable and built like couches that encourage romantic snuggling during a movie. 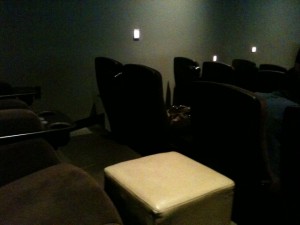 I ordered the Caprese Panini and it was BRILLIANT. It’s not often that a sandwich blows my mind but this one did.  A panini with mozzarella, roasted roma tomatoes and basil pesto. It was delicious and I was sad when the food was gone. 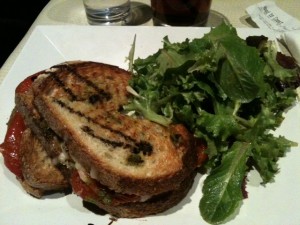 Another rum and diet for me. 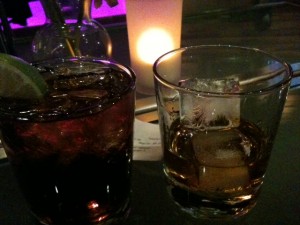 Now on to the movie. The movie started and within 10 minutes of the beginning I was crying a bit. And I didn’t stop until the movie was over. It was a gut-wrencher. 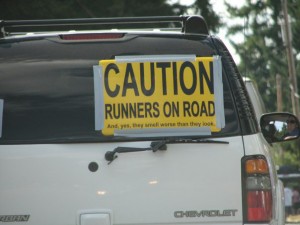 The documentary focused on four separate teams: The Dead Jocks in a Box (middle aged guys who have been running their whole life and now in their 60’s they’re bummed that their 6 minute miles are now 7 minute miles); Team R Bowe (a team of family and friends memorializing a loved one that died right before he was supposed to run); and the group of your typical Portland slackers–none of which are actually runners and they provided the comic relief. Heart and Sole is a team of older ladies, the main focus being Kathy Ryan–a 66 year old runner.

Kathy’s story is amazing. She will inspire you in ways you may not expect. In her late 60’s and she’s run more marathons than a lot of people half her age. She’s done Hood to Coast 17 times. In 2007 after her third leg she collapsed in Mist, Oregon from a heart attack. She lived and she’s back to running. Funny thing: I’ve been seeing Kathy jogging over the Hawthorne Bridge almost every day for years–long before I knew who she was. I’d see her every day when I walk the bridge to work! 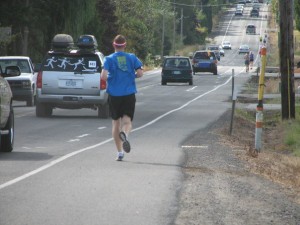 Team R Bowe will make you sob. Seriously. The captain is the widow. She was 9 months pregnant when her 30 year old husband died of a heart attack. He was a runner his whole life and actually ran Hood to Coast when he was 12 years old–and rocked it. It was an amazing, and sad, story. 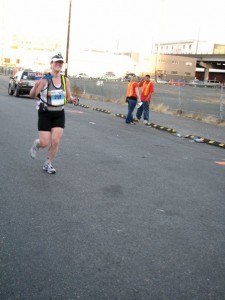 The Dead Jocks were goofy. Team Slacker (can’t remember the team name) was hilarious–I think they started training for the race 5 days before? 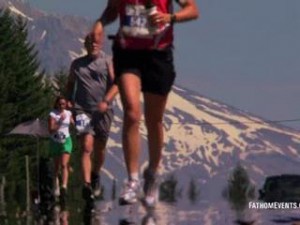 I thought the movie was well made and it was over in a flash. You get sucked into the drama and trust me–the BORING potential for a movie about running was there but there was not a moment that I was bored. And Michael? The non-runner? He loved it too. He was inspired and loved the stories even though he has no desire to ever do it. 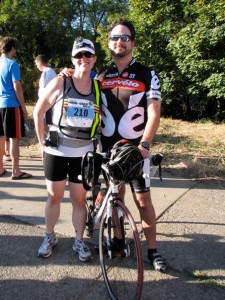 The movie also explained the history of Hood to Coast–including old footage from the 80’s which was awesome to see. It also did a great job explaining how HTC works. 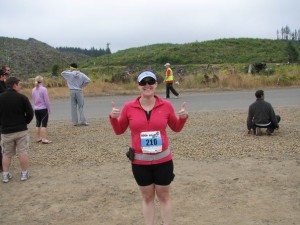 The whole time I watched the movie I had to fight the urge to announce to the half-full theatre: “THAT WAS MY LEG!” and “I RAN THAT!” 🙂

It was an emotional rollercoaster for me. It brought up a lot of feelings of sadness, longing, anger…I kept thinking:

I miss running outside and enjoying it.

So in that regard it was bittersweet to watch the movie. I felt deflated afterward and wished that I’d never been injured. 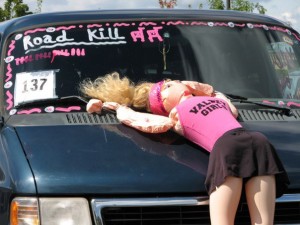 Now for the links:

Hood to Coast: Day One

After My First Run

Hurry Up And Wait

Because You Can’t Do Epic Alone

Why I Wouldn’t Do Hood to Coast Again

Scott from iRunnerblog posted a two part interview with the Dead Jocks: Part 1 and Part 2 can be read there.

QUESTION: If you saw the movie, what did you think?