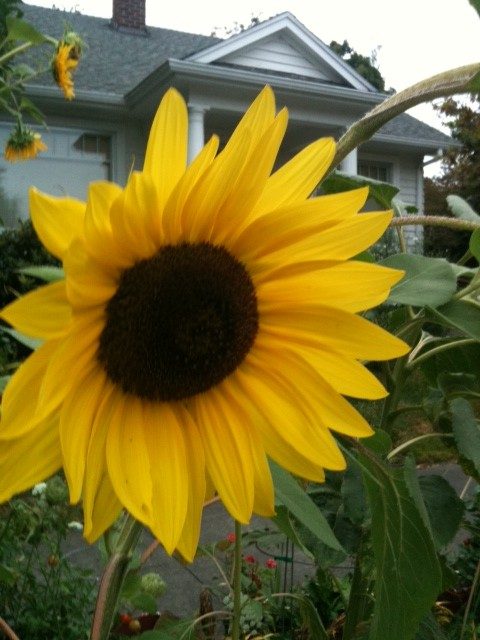 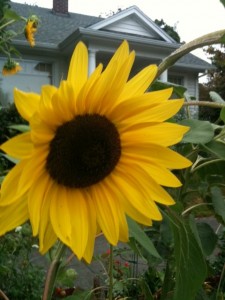 It was kinda early to get up on a Monday. Oooof. Good morning alarm! Since I was leaving right from the house I had very little time to dilly-dally. Thankfully Michael helped me out by making breakfast while I showered.

It was a weird temperature Monday morning. Kind of brisk but not cold. There was a 10% chance of rain and it was cloudy. I’ve lost one of my arm warmers so I had to wear my cycling jacket. I set out on my route. I realized that I could take a few short cuts to shorten my route and avoid a big hill but I decided against it. The hill is good practice. I biked about 4 miles before stopping to take off my jacket.

I biked through Sellwood. I really my route. It’s a decent length, mostly flat but with a few hills to keep it interesting. It was a lonely ride Monday morning. There weren’t many people out. Maybe they had a hard time getting out of bed too. 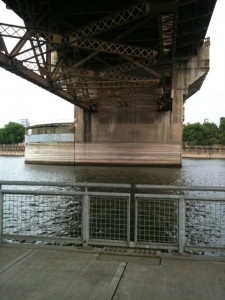 Once I got to the Eastside Esplande I hit the 10% chance of rain. I started to feel some drops, but just a few. 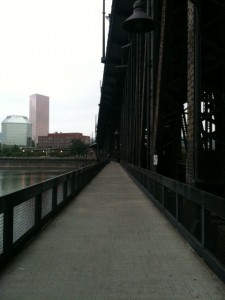 I crossed the Steel Bridge, which was practically empty. 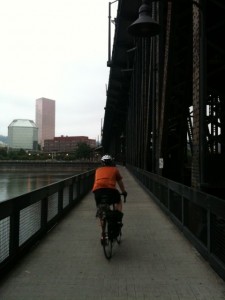 I got to the office in no time at all. It was a decent ride for a Monday morning when I just wanted to roll over and go back to sleep! 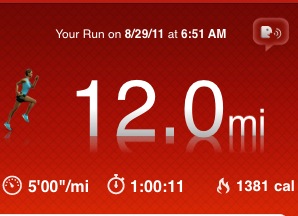 It took me the exact amount of time as last time I rode from the house to work. One hour! 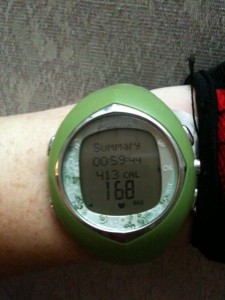 I’m glad I had the forethought last week to bring a change of clothes to work!

I love that Portland is doing such a good job making bike lanes throughout the city. They are everywhere, painted neon green, and just for bikes. 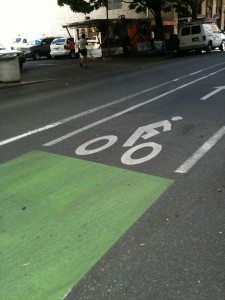 I set out in the afternoon to bike home. For my pre-ride snack I ate some vanilla Greek yogurt and crossed my fingers that it would hold me for the ride home. 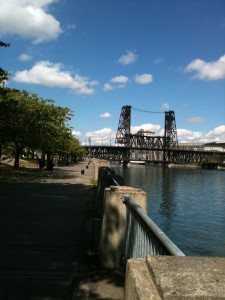 It was warmer than the morning ride. And the clouds had cleared up nicely, which was good because it rained a few times during the day. I made it out of downtown with no issues. I was a bit sore sitting on the bike seat from the morning ride–which surprised me. More on that later.

It felt like I was biking into a wind tunnel the entire bike ride home. It was difficult and I felt slow. I got to Sellwood and the wind changed so it wasn’t affecting my ride as much. I stopped at an intersection, intending on going straight through after checking both ways when a cyclist behind me decided to pass me on my left and then TURN RIGHT. Really dude? He totally cut me off for no reason. It was awkward and weird. I biked through Sellwood and downtown Milwaukie with no issues. All the hills I tackled were a breeze.

Remember that short cut I talked about? I ended up taking it on the way home. It wasn’t planned, it wasn’t ideal. I was in the right lane crossing a busy intersection on the highway and needed to go straight but I couldn’t safely merge into the traffic without coming to a stop and waiting, or doing something unsafe and stupid. So I chose to turn right and take the shortcut through a big parking lot. I hated taking the shortcut. I missed out on a decent hill and it cut off 5 minutes from my commute. I immediately felt dirty. Like I was cheating on my bike commute. Weird, I know. I just felt disappointed that I took a short cut.

The rest of the ride home was quick and easy. 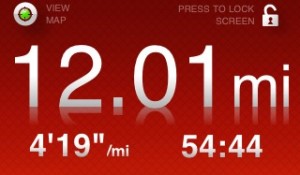 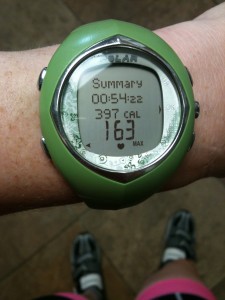 When I walked in the door I saw Michael making me a chocolate milk recovery drink! Aw! He’s such a thoughtful guy. 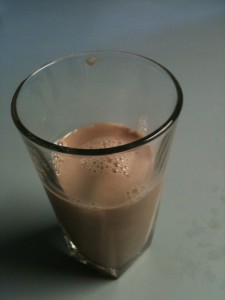 Then he helped me with my bike seat. We’d both noticed that the bike seat was too high in the front, at an angle. I think that was the cause of my discomfort and saddle soreness. Michael sweetly fiddled with it and had me test ride it a few times and make the necessary changes. We finally got it right! It feels much better. I hope that also helps with any back discomfort I might have on the bike too. But my poor sweetie, he bumped into my bike chain as he was fixing the seat and cut himself pretty badly. 🙁 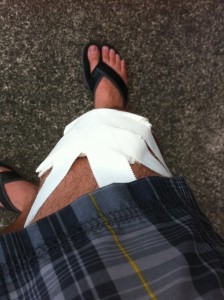 It was a pretty deep gash! Be careful: bike chains and spokes are freakin’ sharp. 🙁 Check back this afternoon for the yummy recipe we made for dinner, too!

QUESTION: Do you take short cuts in your workouts or healthy living?

The Danger of House Guests