My second ride of the season was a lot better than my first. My back was much happier for some reason and didn’t feel tight or sore. I decided to drive to the Park and Ride and bike in from there instead of Sellwood. Last time, even though my body felt fatigued,  I felt like it wasn’t quite long enough of a ride. Just as I was getting warmed up it was over with.

Not this time. Even just adding a little under 2 more miles was just right. I wore my arm-warmers this time because it was a little chilly that early in the morning. I biked through Sellwood, on the Springwater, and then crossed the Hawthorne Bridge. Thankfully it wasn’t overly crowded on the bridge. This time I was cyclist #875 to cross the bridge that morning (at 7:30am) according to the bridge counter. 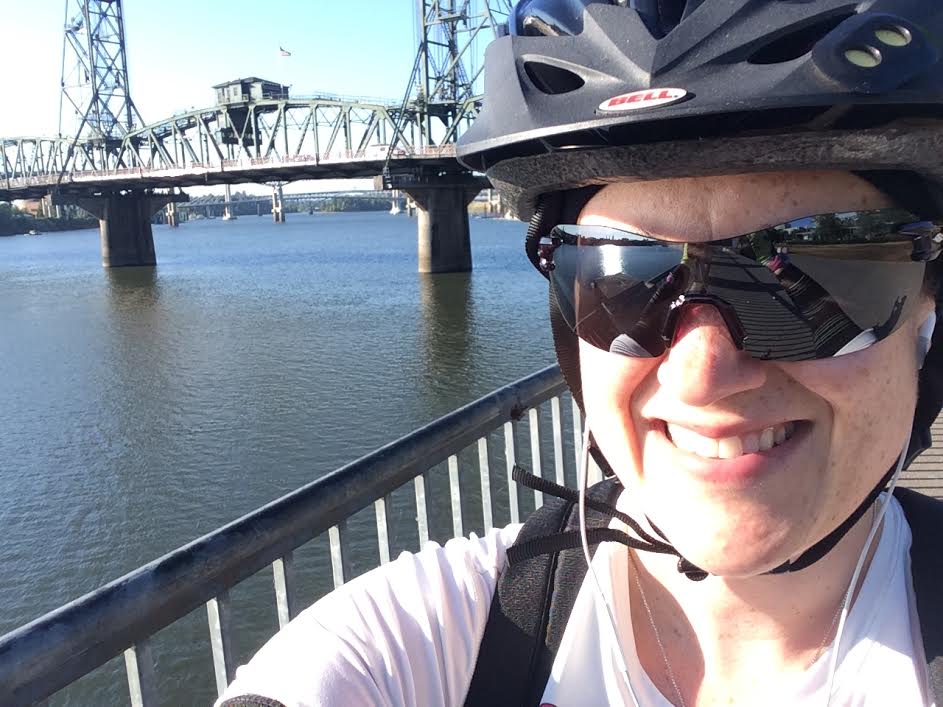 My ride was decent and my body felt really good and strong. It made me happy that I was able to bike and not feel knee or back pain. YAY ME. 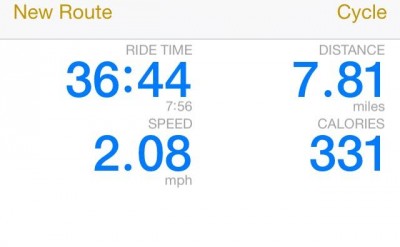 And my calories were a little bit better this time around, too: 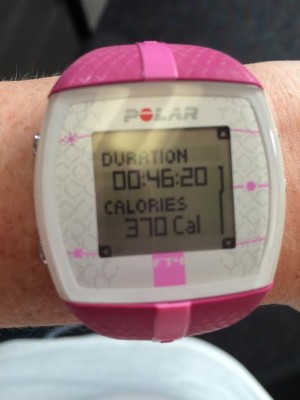 My goal for the rest of June and July is to bike once a week. Running is still my priority right now because I want to be trained for my two 5k’s later this summer but I love being able to combine my workout + commute. Hopefully in August I can bump it up to biking twice a week to work.

For lunch I got a rare treat and went out. I met Michael and a friend in Director’s Park for a lunch date. Since my lunch hour is only 30 minutes Michael kindly picked up food for me too. They went to Addy’s and got the kale salad he’s been raving about for months! 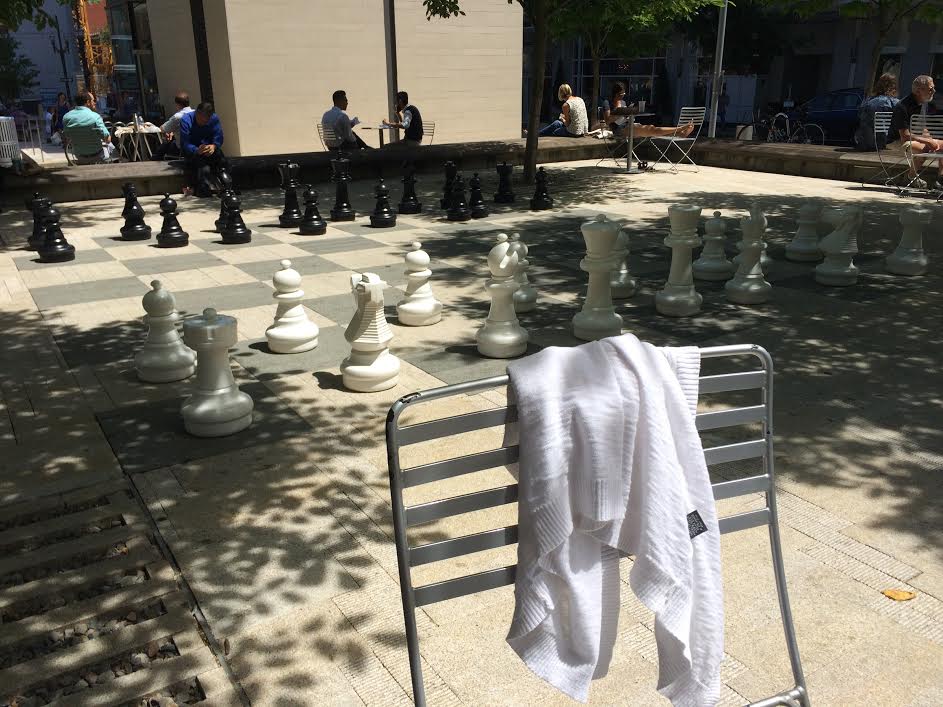 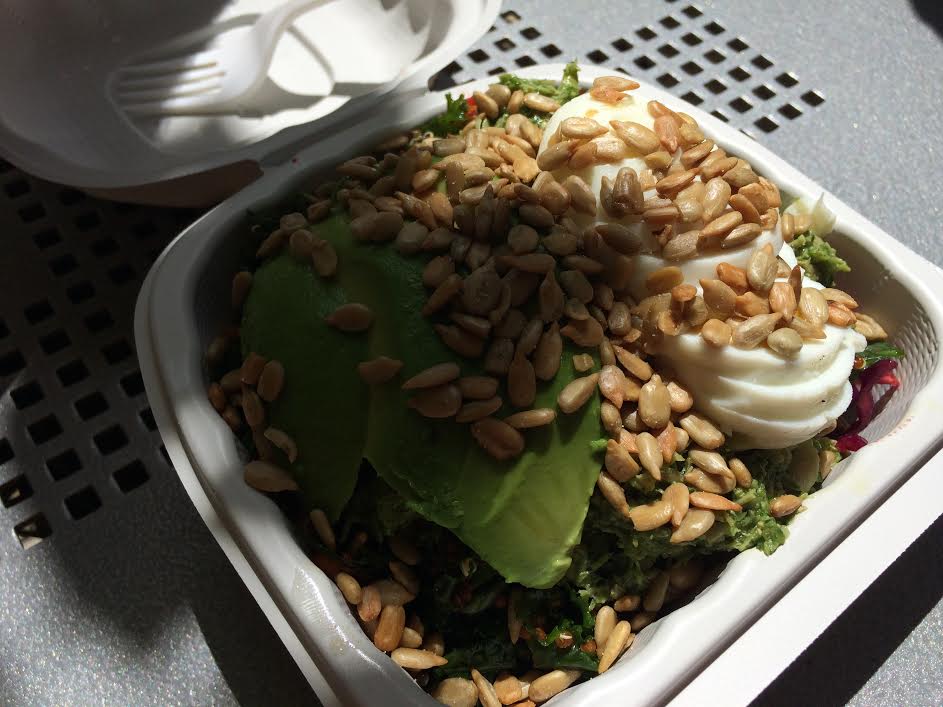 Kale, quinoa, pesto chicken, sunflower seeds, red cabbage, hard boiled egg and half an avocado. It was DELICIOUS! Small, but filling. And a calorie bomb. I’m guessing it was around 700-800 calories for the whole thing (and I ate the whole thing). I was so famished and it tasted so good. It was all good, healthy things but definitely higher in calories than I’d like. It was a nice little break from work, though, and I don’t go out to lunch very often (I usually walk or read my book during lunch).

It was another great ride! Body felt fantastic. My sit bones weren’t too sore (not like last time) and the ride felt comfortable and dare I say, easy…I huffed and puffed up the Morrison Bridge but thankfully it’s a short one so I can coast once I get to the top. Ooof. Biked by OMSI and caught the Springwater. And I saw some wild raspberries along the path! I SO wanted to stop and pick some but…ick. Who knows WHAT has been on those berries. No thanks. 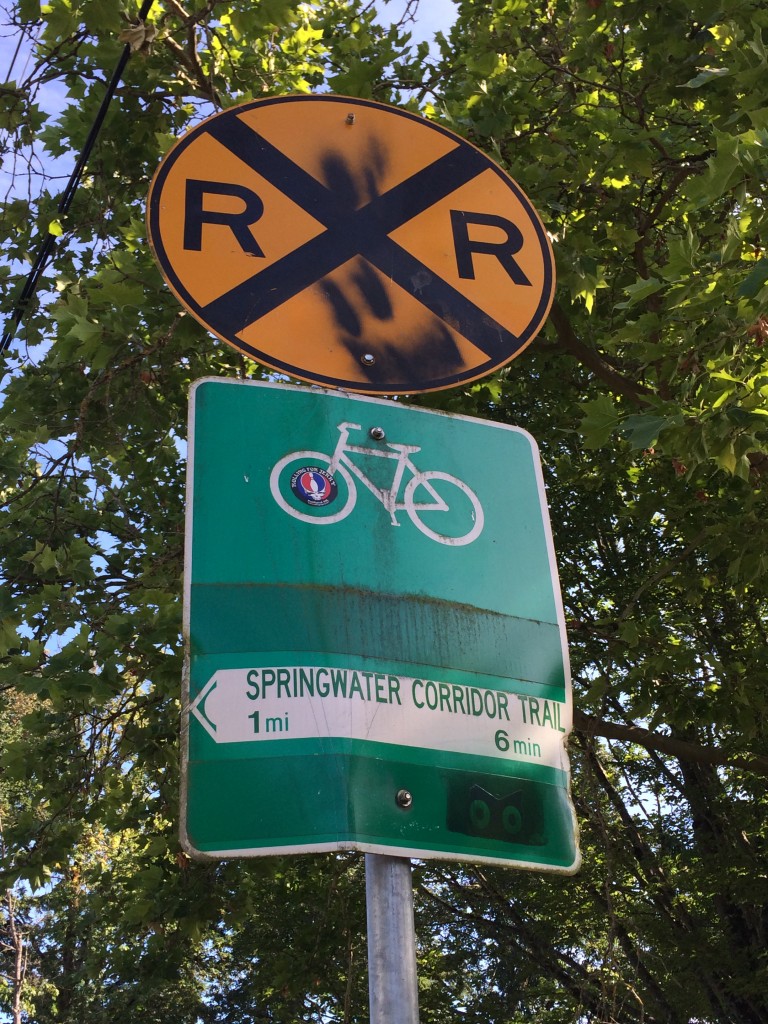 Since I parked at the Park and Ride it was a bit longer of a ride than the last time. My body felt good, though, so I didn’t mind it. In fact, I was tempted to keep going up to Johnson Creek and then turning around. I decided to play it safe, though. I did see that they are building a new path that connects the new Max line to Milwaukie. 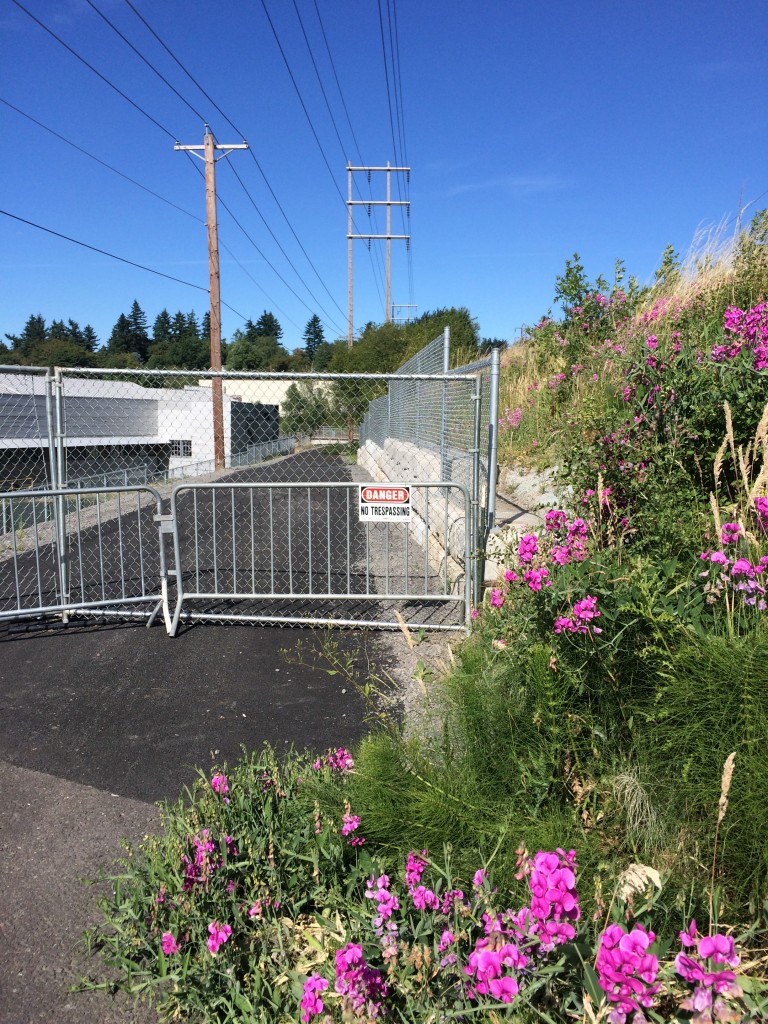 Got back to the car, feeling good and strong and had the urge to high-five myself! YAY BIKING. 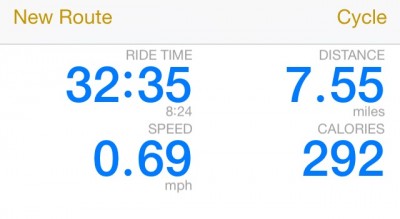 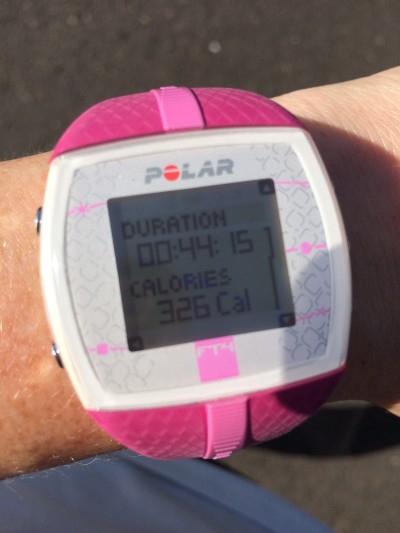 When I got home I took a hot bath with epsom salts. Seems weird, especially on such a hot day, I know. But I didn’t want my muscles to tighten up or get sore and my right hamstring was feeling a little bit of a strain. Not sure what happened there or when it happened. I didn’t feel anything while I was riding and it seems like a weird muscle to pull when riding a bike, so who knows.

Since it was such a nice night Michael suggested we get sandwiches and go to the park. I got a Subway sandwich (ham on flatbread) which was pretty low in calories, so that was good after the high calorie lunch I had. After our picnic dinner we walked over to the fenced dog park area of the park.

We’ve been trying to go once a week lately to help Bella with her social skills. She’s pretty good with other dogs but she’s nervous and jumpy and sometimes sudden movements (i.e. playful dogs) can make her scared. She’s getting a lot better with it at the dog park. And we are seeing some regulars there! So she’s making friends. 🙂

Bella is usually the fastest dog in the park. Seriously, her zoomies are epic. But she met her match last night when an adorable little whippet beat her! 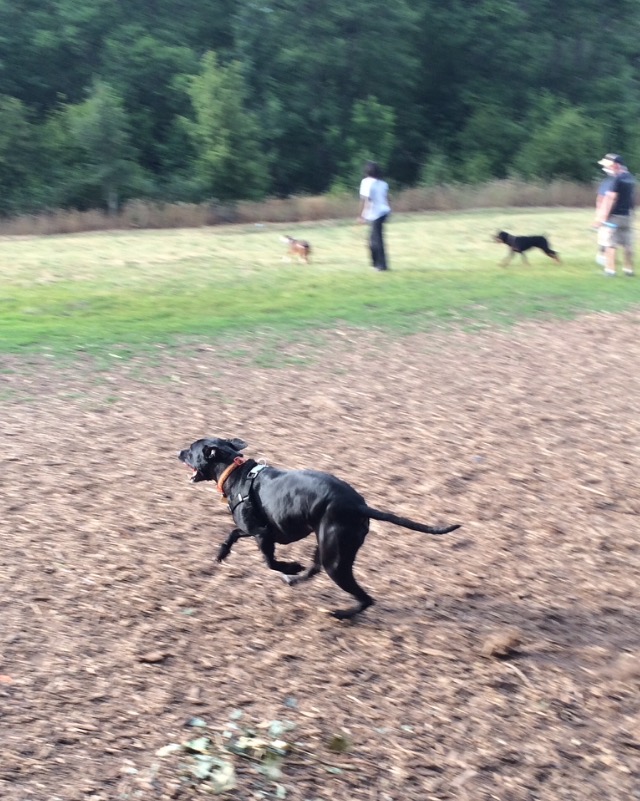 On Saturday we met up with some friends at the Sandy River Delta park. I’ve seen it on our drives out to the Gorge to hike but we’ve never been there before. It’s a humongous dog park! 1400 acres of trails and off-leash dog fun! If you live in the Portland area and have a dog, definitely check it out. 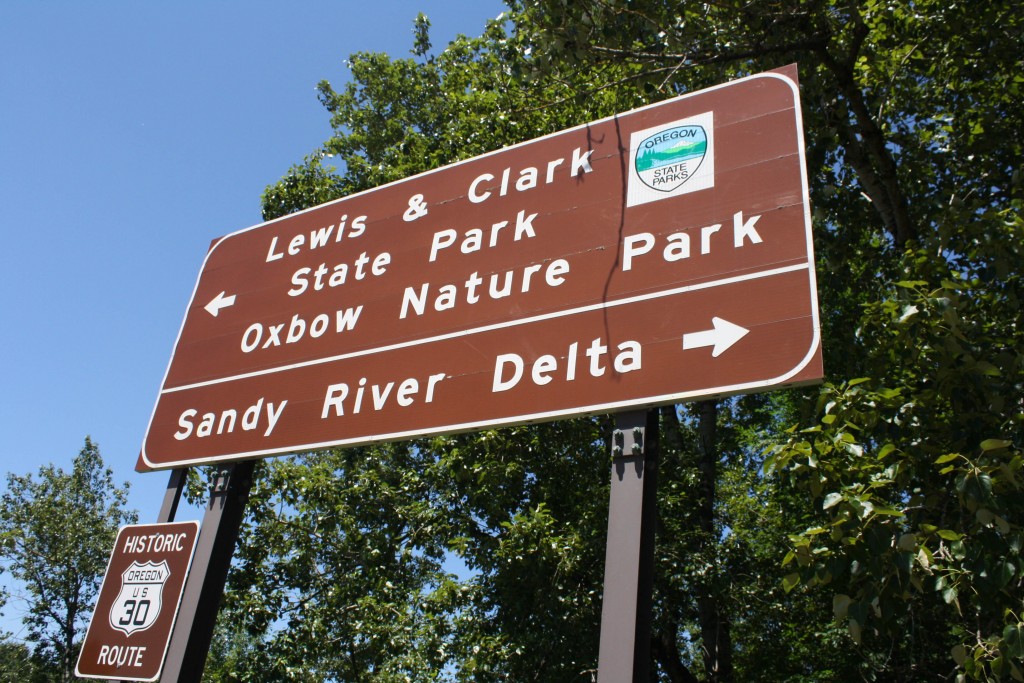 It’s a big park and it looks like all the trails connect. It’s really flat so more of a nature walk than a hike. We saw so many different breeds of dogs out there. It was pretty cool. One was a Pharaoh Hound, which I’d never seen or heard of before but it was a neat looking dog. We walked along the trail with our friends who had a 2.5 year old daughter and a dog and their friends with a dog joined us. The troop went down to the river to let the dogs go nuts. 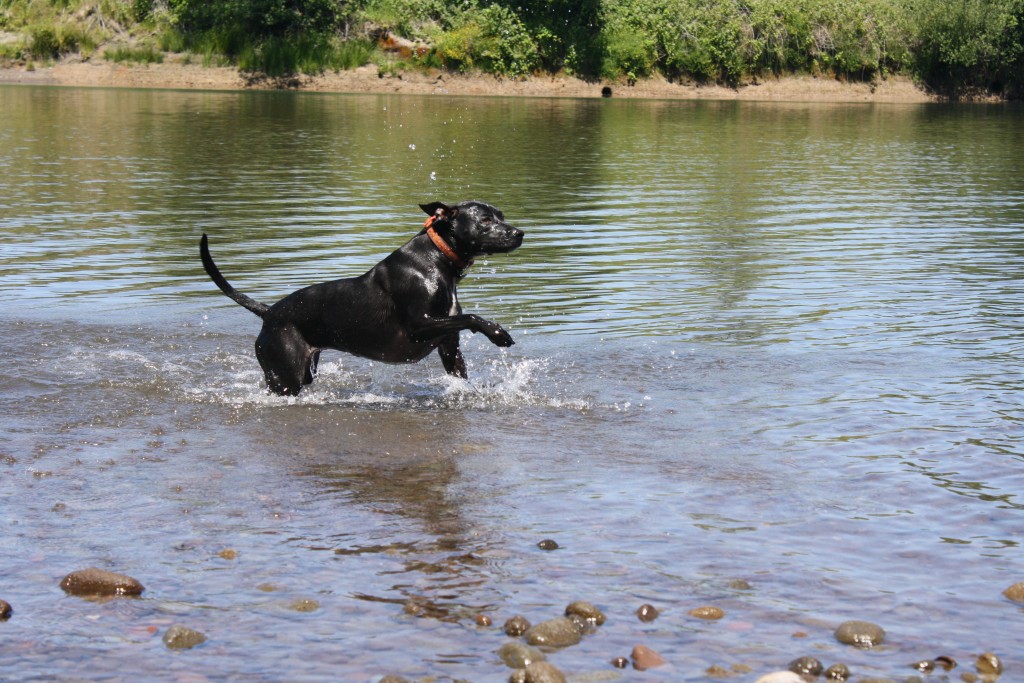 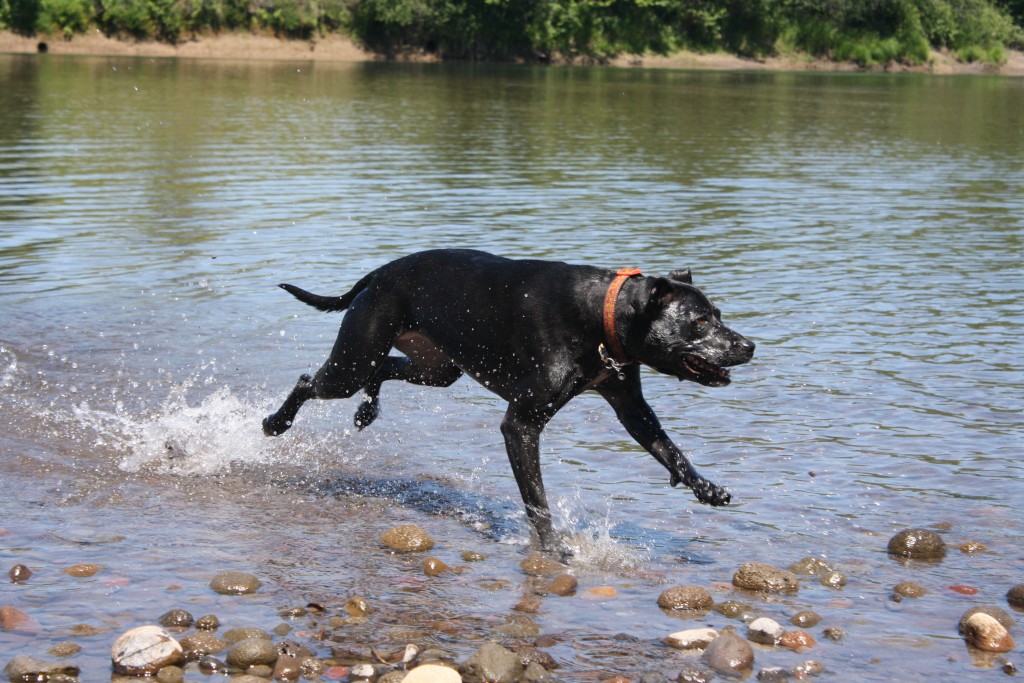 Bella is such a water baby! And it was a hot day (hotter than was expected) so the dogs were super happy to splash around and cool off. It was fun just watching them spaz out in the water. Bella was hopping in the water and having a blast. I took a short video you can see it on my Instagram. 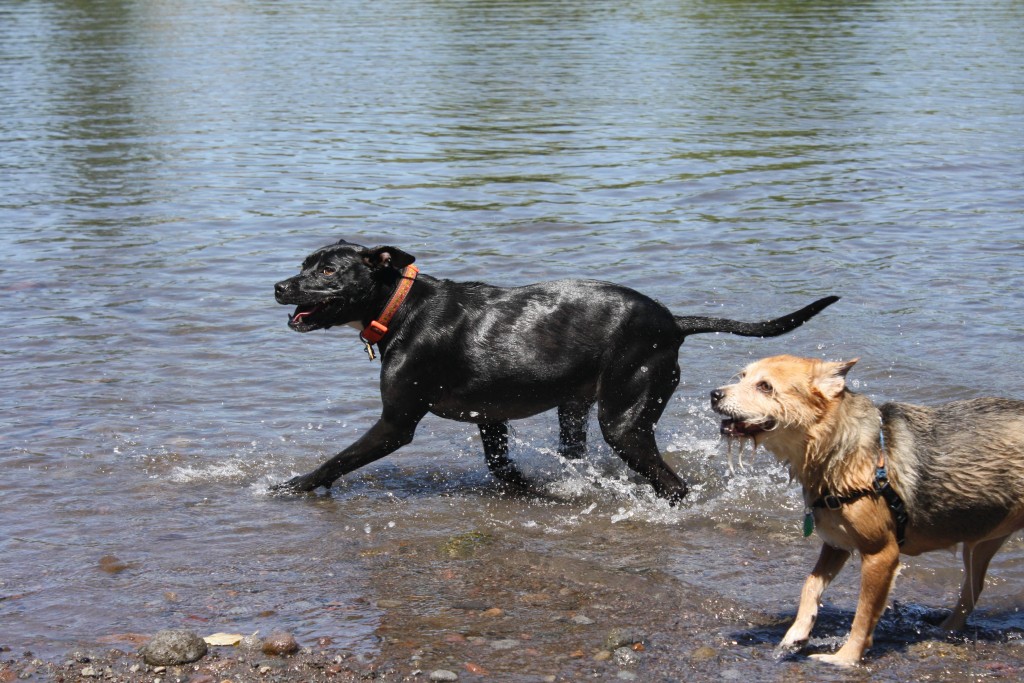 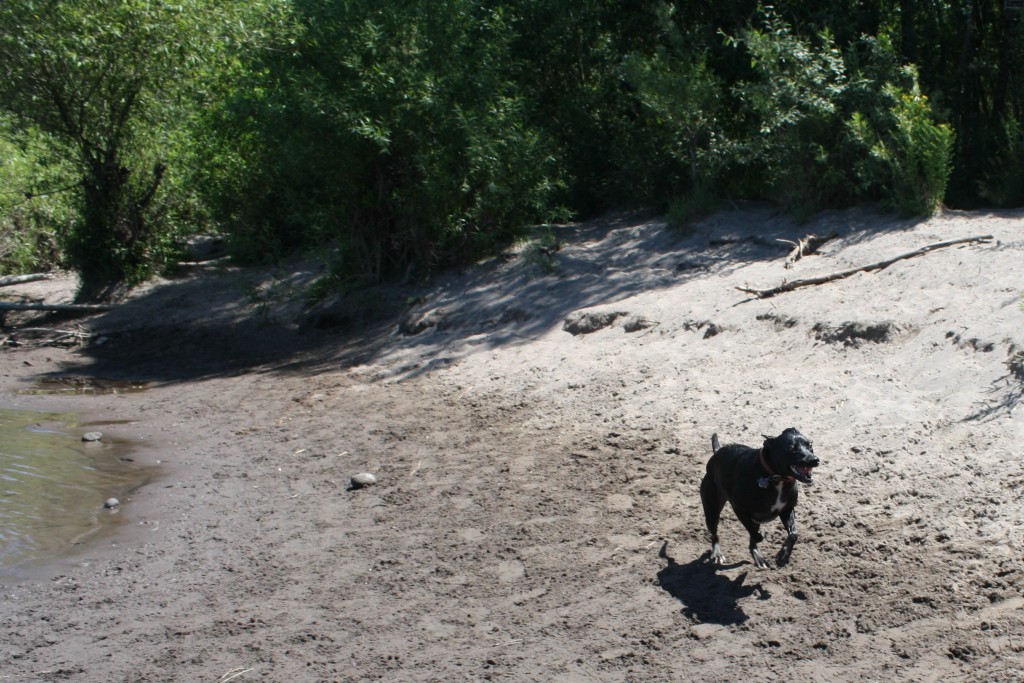 Bella was having a grand old time playing with her new friends. Getting filthy dirty and covered in sand. She was one ripe puppy! We spent a few hours with them at the park and then it was obvious the dogs were tiring out so we left. I went to the gym for a quick workout and then home to clean up. Then our friends invited us over to their place for dinner.

We sat outside on their lovely patio in the nice summer evening. They had some really tasty sushi as an appetizer (I think it had mango, tofu and something else in it). It was really good! 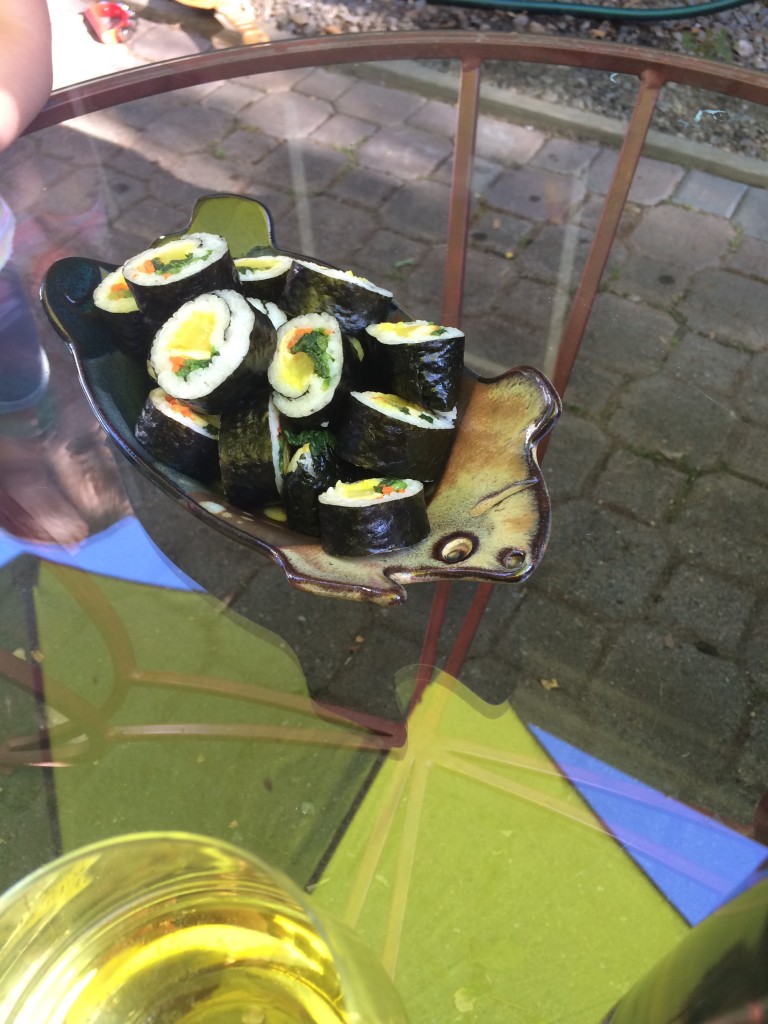 Dinner was grilled Korean short ribs (which we’ve never had before and loved!), brown rice and grilled broccolini with kimchi. Everything tasted so great. I wonder if Korean short ribs are easy to do? I kind of want to experiment on our own after trying them. 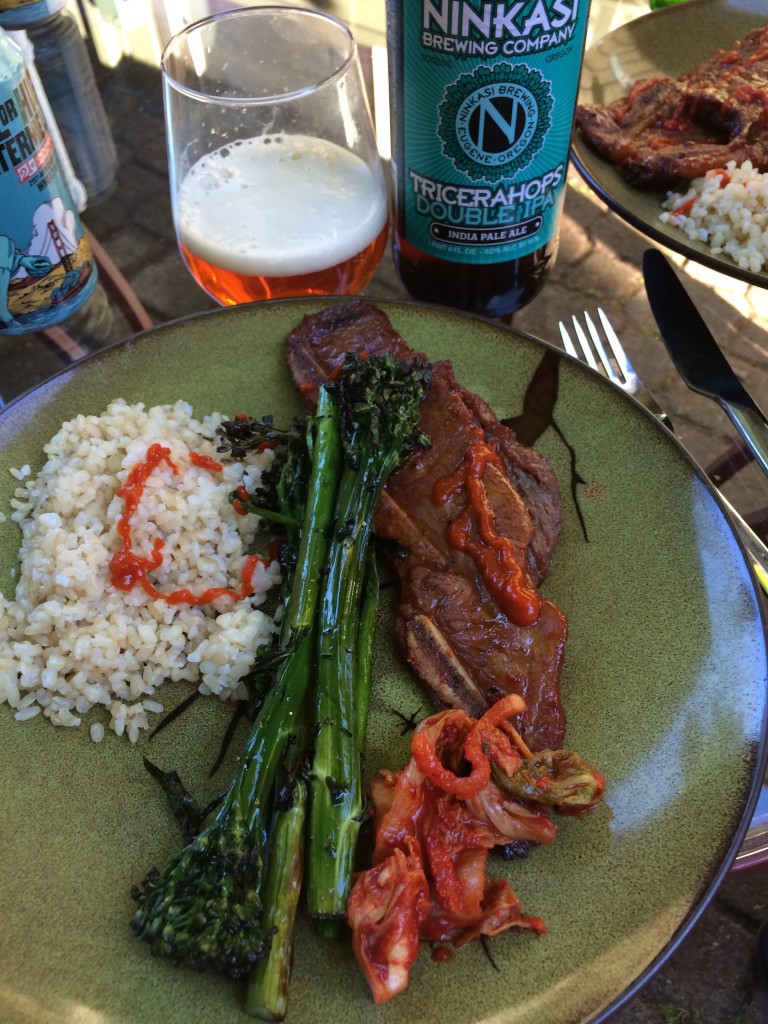 It was such a lovely evening and we talked late into the night until it was dark and time to head home (after grilled peaches for dessert). I love late summer nights!

On Sunday we had just enough time to do a quick hike in town before some friends were going to come over for dinner. I chose Marquam Trail to Council Crest Hike. We’d done part of this hike before and started at a different trailhead last time.  This time I think we picked up the trail about half way up Council Crest.

The trail was a bit steep in places and got my heart pounding. Bella was practically running up the trail when we first started out! We set a fast pace and in no time we were at the top, which I think was Council Crest Park. I’ve never been there before and it was a cute little park with fantastic views of the city in all directions! 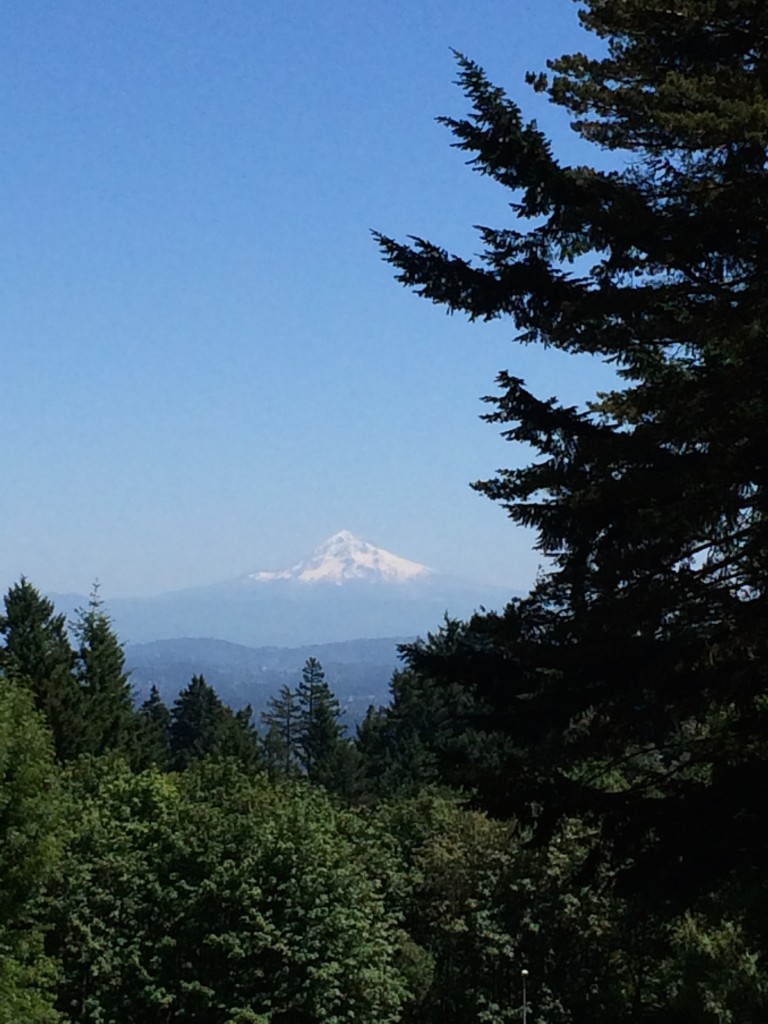 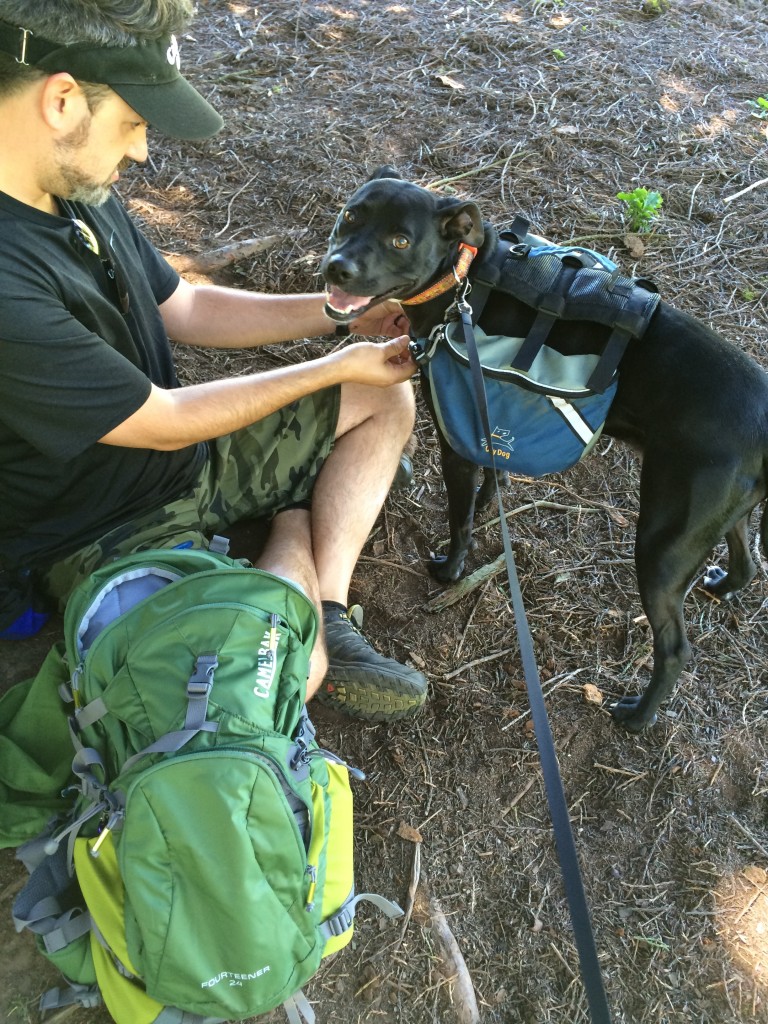 We stopped in the shade underneath a tree for lunch and to give Bella some water. Lunch for me was some curry chicken salad and broccoli salad. Michael had a sandwich. It was a really nice park. And it was only around a mile to hike up to it from where we parked. 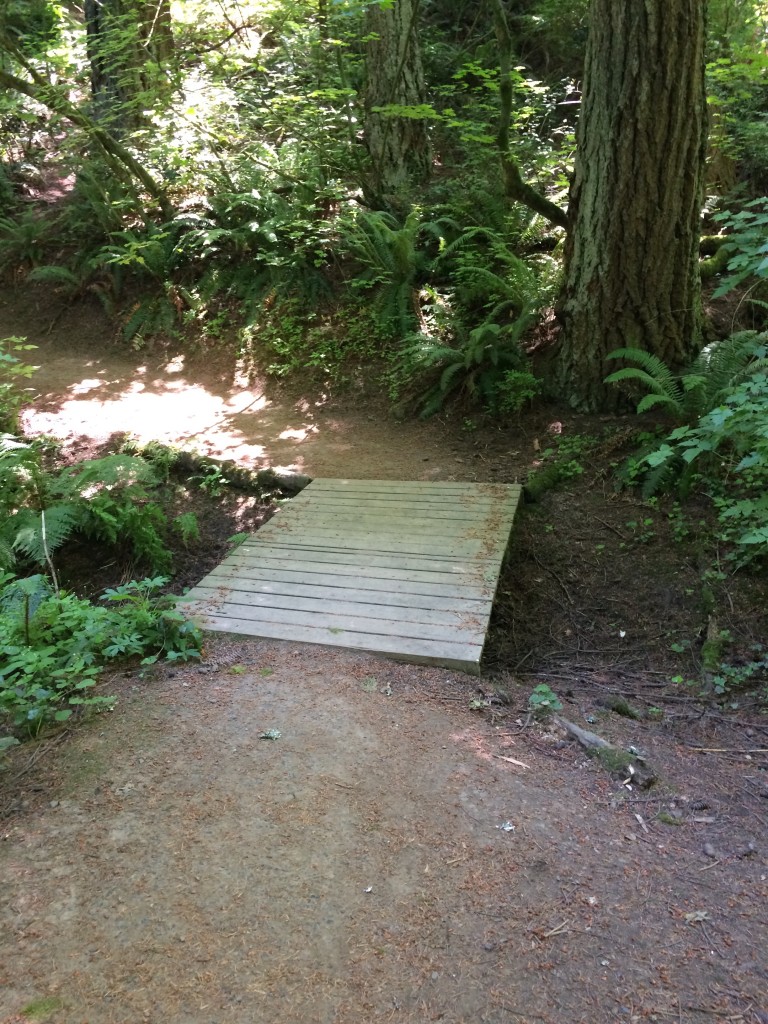 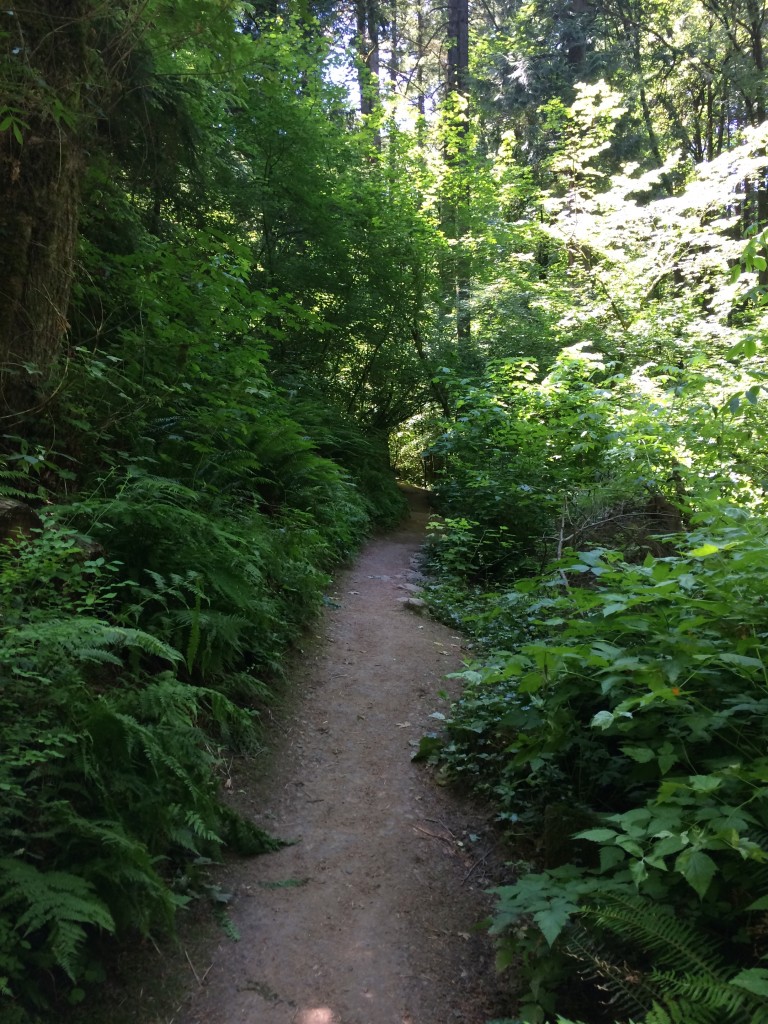 I didn’t realize how short the trail was (since we didn’t start at the beginning of it), so after lunch we decided to hike back down and then turn around and do it again. We saw a ton of other hikers, hikers with dogs and a fair amount of trail runners. It was a really popular trail and it connected to the Wildwood Trail, which is part of Washington Park. 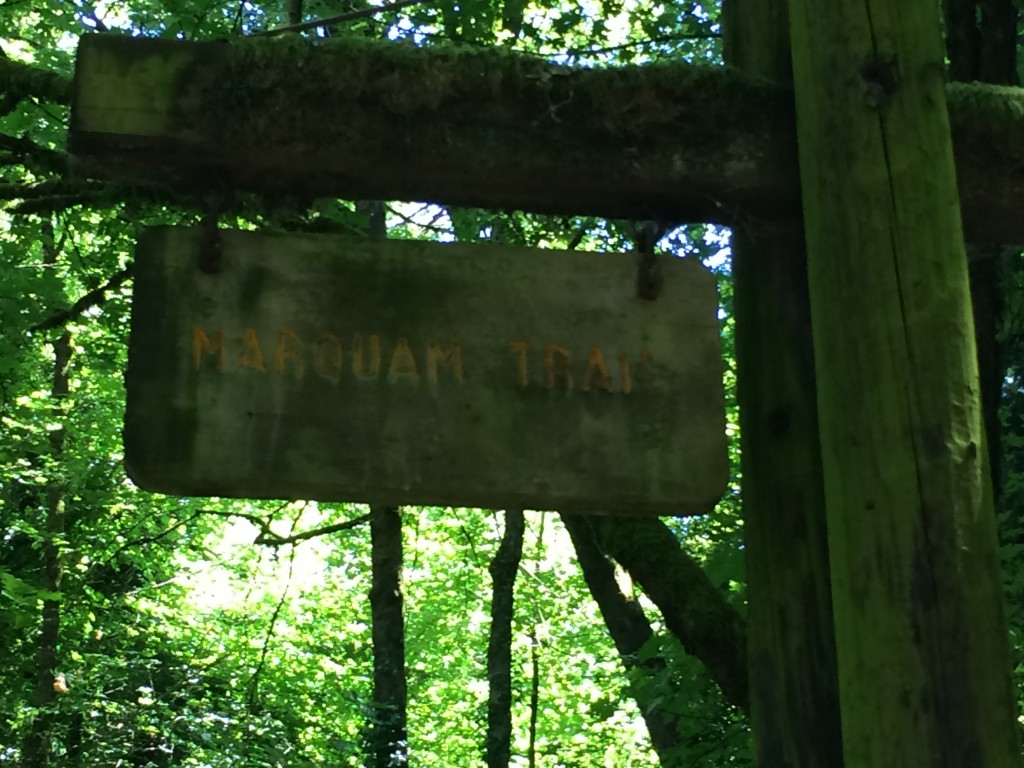 It was nice for a hot day because a lot of it was shaded and it felt cooler than it really was. We stopped a lot for water breaks for Bella. We ended up hiking just under 4 miles. I burned 609 calories. 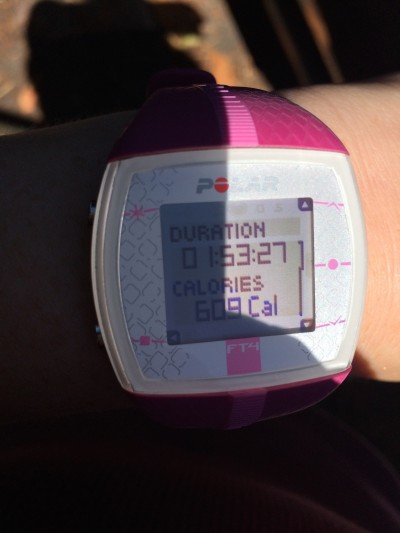 Sunday afternoon our friends Stu and Christi came over for dinner. She brought this gorgeous salad–strawberries, blueberries, hazelnuts and bleu cheese. It was a fantastic Oregon summer salad. I need to make this sometime. So light and refreshing. 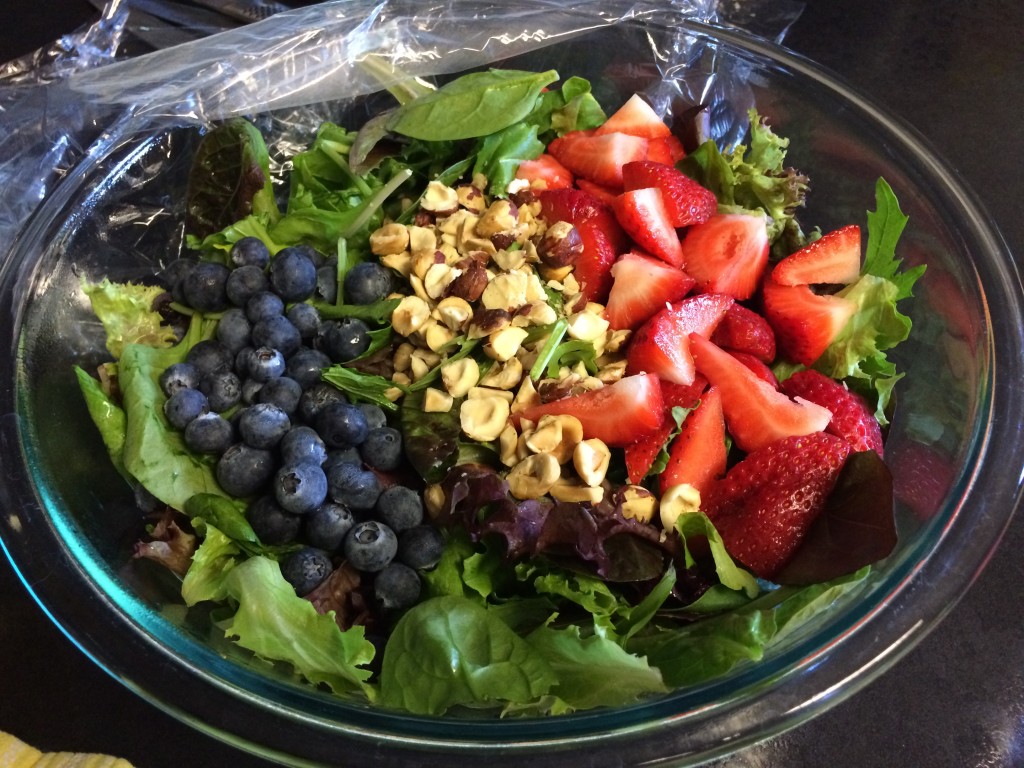 For dinner I made this recipe, PALEO BACON WRAPPED CHICKEN STRIPS. It was pretty good but of course mine didn’t look like the picture! Next time I made this I will broil it for a few minutes at the end. I also made a cucumber salad. 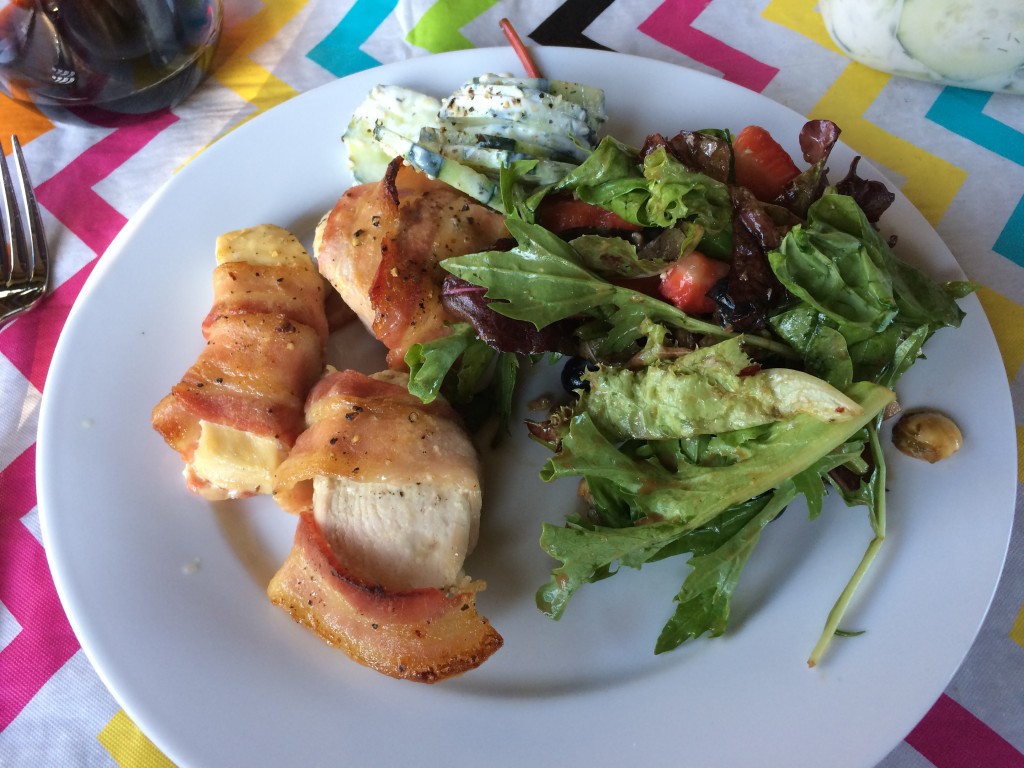 We sat outside on the deck with some music and the fairy lights. Christi brought some tasty wine and a bottle of champagne. She also had this liqueur. A little splash of it in the champagne was really good! Not too sweet. But darn it, it was dangerous! 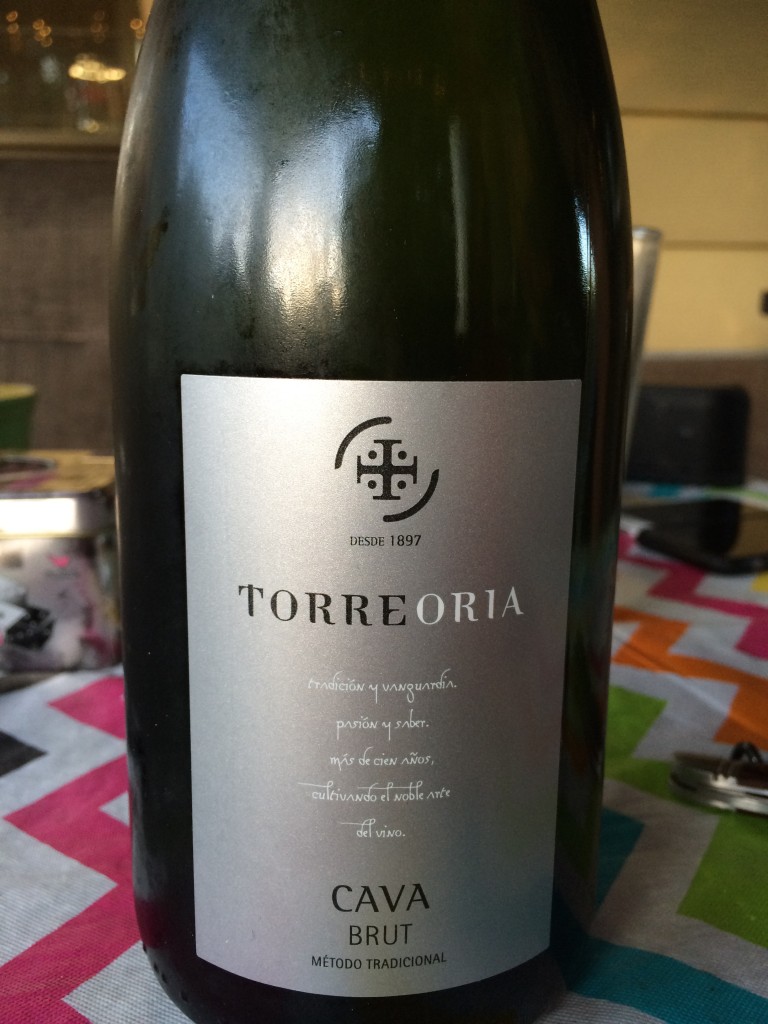 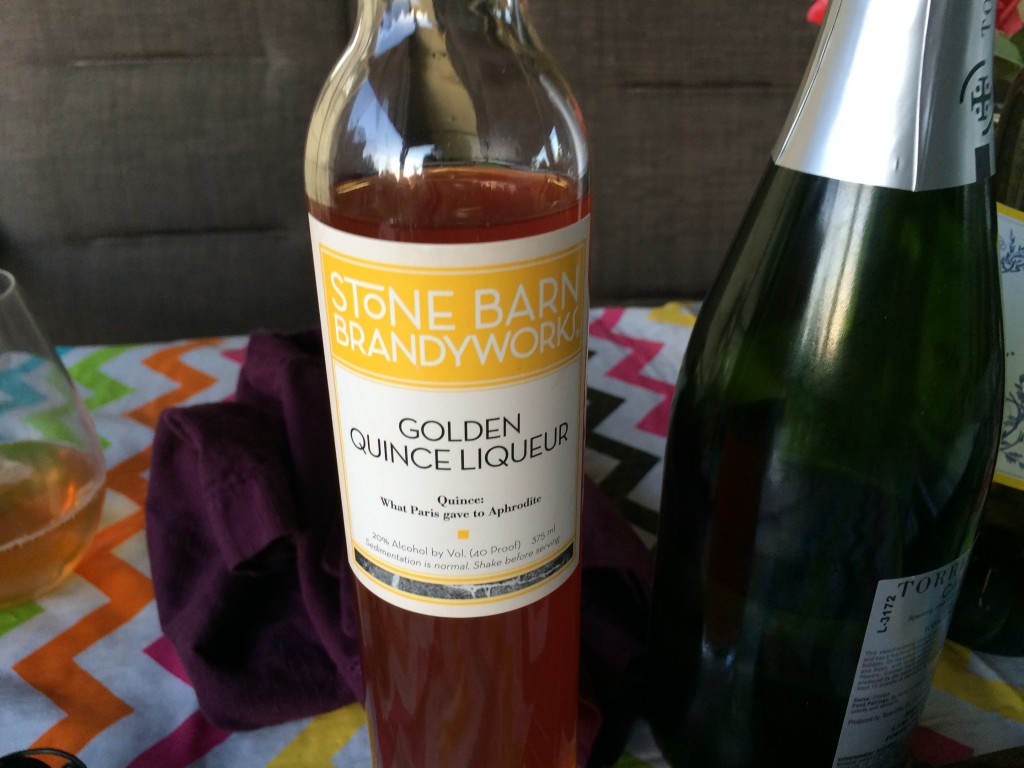 We ended up playing Cards Against Humanity until it was so dark we could barely read the cards and the mosquitoes were starting to eat us. Then it was time to call it a night. But I can’t remember the last time I laughed so hard! It was such a fun night and the kind of evening where you feel like summer will never end.