It was the kind of day (and week) where everything was going wrong (or breaking) and I was disappointed about a lost opportunity and all I wanted to do was crawl underneath the bed covers (turn on my heated mattress pad, which is so freakin’ awesome) and just hide. Instead of hiding, I went to the Warrior Room to exorcise and exercise the bad mood out of my body.

My friend Debby joined me for the Isolation/Tabata class. I think she needed a good burn, too. The class was pretty full. It was a surprise considering the evening classes I’ve taken before were pretty small (less than 8 people in the class). I think there were the max this time, 12.

The instructor turned on the soundtrack to Footloose and barked at us to get moving! The workouts were killer. My heart rate was high. I was sweaty, I was getting tired, I was loving it! We did the usually workouts–tabatas with burpees, squats, squat jumps, one-handed kettlebell swings, chest press and overhead presses. All good stuff.

If you want to read another review from a fellow blogger who went to the free class, check it out here. “Kettlebell training is no joke. I really don’t think you can prepare for the type of work they put you through. Despite taking a lot of breaks through the training session, I would definitely do this again.” Truth! Kettlebells are no joke.

Speaking of no joke…I did something new that kicked my butt! 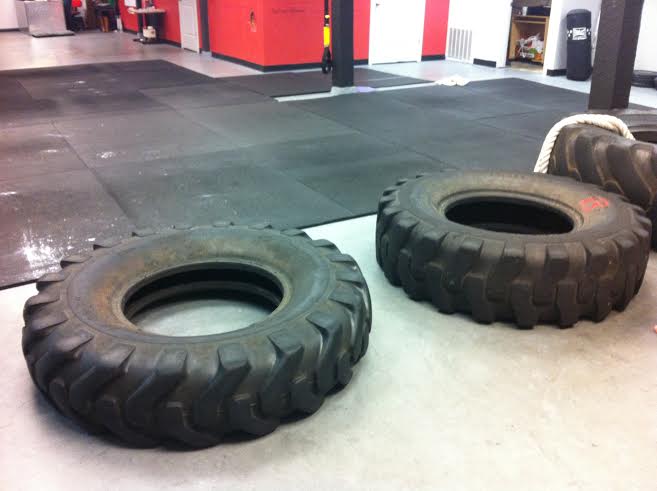 Yes, those tires are just as big and just as heavy as they look. Since the class was so big, we split into two teams and did a team “drill.” Everyone got to the wall and into the wall-sit position. The first team mate ran out and flipped the tire three times, then flipped it three times back to the starting position. Then they high-fived the next team member and they ran out to do it.

The first time we did this I was on the team that was flipping the bigger and heavier tire. I was surprised at just how much of a struggle it was! Those guys that do this for training make it look SO EASY. It’s really not. 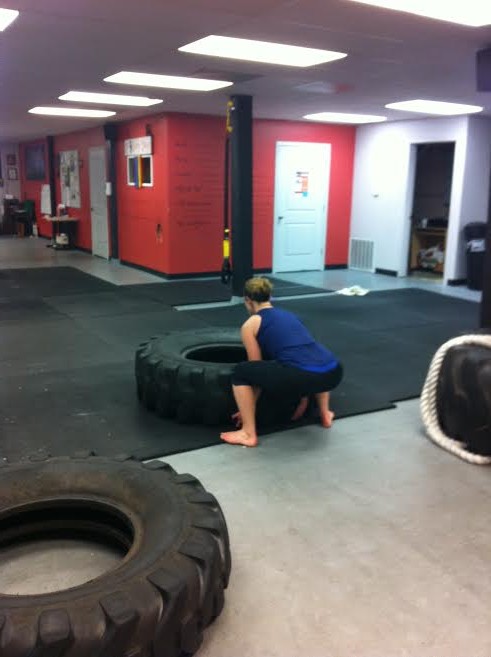 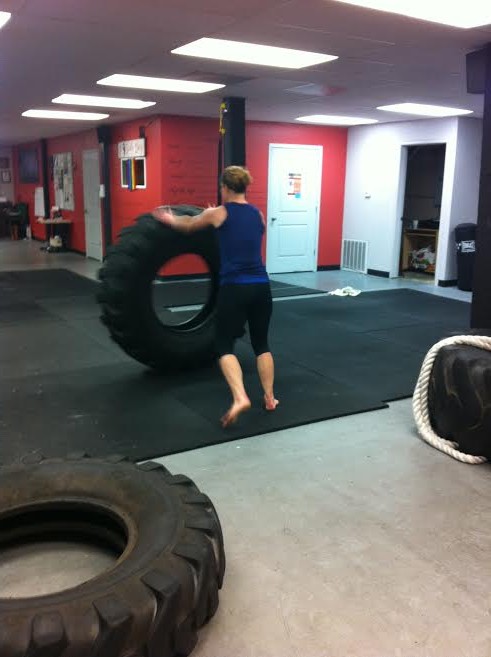 The trick is to squat down and use the power in your legs–not your back. Bending over and lifting with your back is a recipe for very bad things. I was trying to be SO mindful of that. When it was my turn to flip the tire I did my best. I found that I could lift it but near the top before flipping it over I struggled to push it. I often used my legs to help me flip it.

Want to see what I burned doing this killer workout? 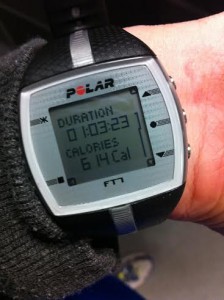 I was also shocked that I was not sore the next day. I thought for sure my back and legs would be wrecked after flipping that monster tire. Just goes to show you how strong you can get when you’re not paying attention. 🙂 Non-scale victory!

Have you ever flipped a tire? How did you do?

Suzanne gave me a few complimentary exercises to supplement the programs she created for me as a thank you for referring some people to her. I am so excited that other people are using her services! I started doing the new exercises this Saturday and really enjoyed them. There were a lot of ab and glute exercises that only took my body weight to do. Two of my new favorites: Straight-leg Bridge and the shoulders-on ball glute bridge. I also enjoyed the plank with arm lift and THAT exercise was harder than it seems. My abs were sore for two days after that, which surprised me! 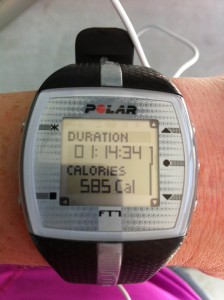 I also RAN at the gym! I’m up to 1.15 mile of straight running at the pace I used to run at without stopping or walking! I was really excited about that and even more excited that my knees were okay the next day, too. I hope I am over the worst of this crap.

After the gym I met up with my friend Courtney for lunch at a food cart in Woodstock called El Gallo. It was a food cart in a small pod on 48th and Woodstock. Courtney got two steak tacos and I got the carnitas burrito. She said her tacos were fantastic and they looked like it. My burrito was pretty good but not the best I’ve ever had. I started to have some food envy and wished I’d gotten the tacos, too! 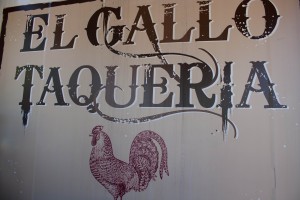 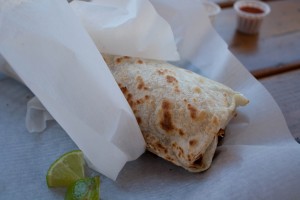 It was such a nice day out and the perfect weather for hanging out outside. After lunch, Michael and I drove out to Edgefield to meet up with my cousin and her family who were there for a concert (The Flaming Lips). It was their son’s first concert. 🙂 I think he’s about 13 now. 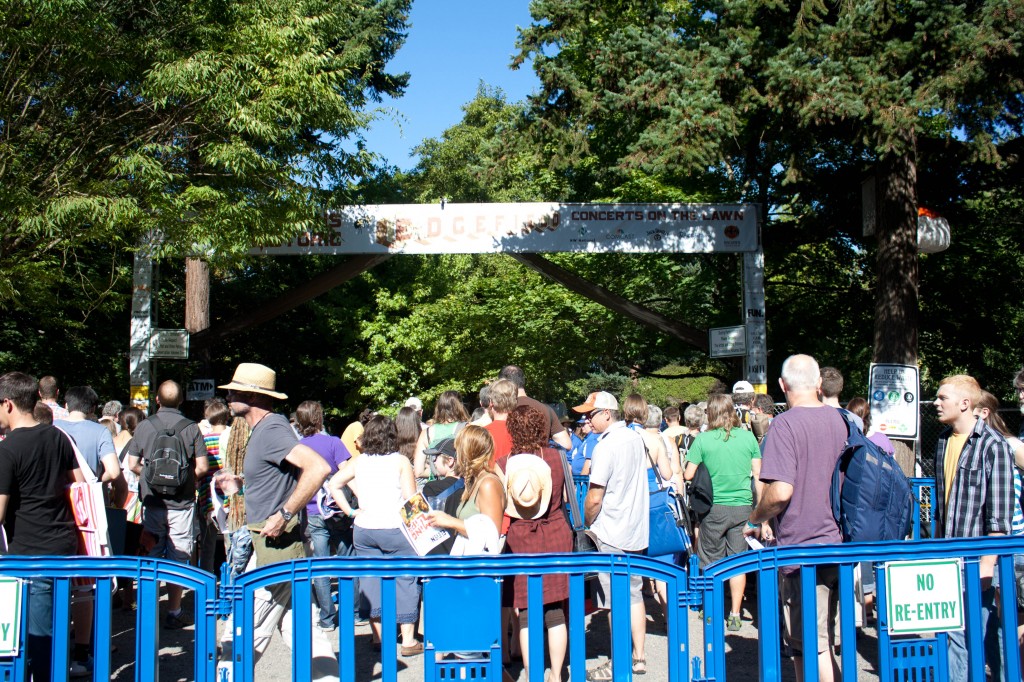 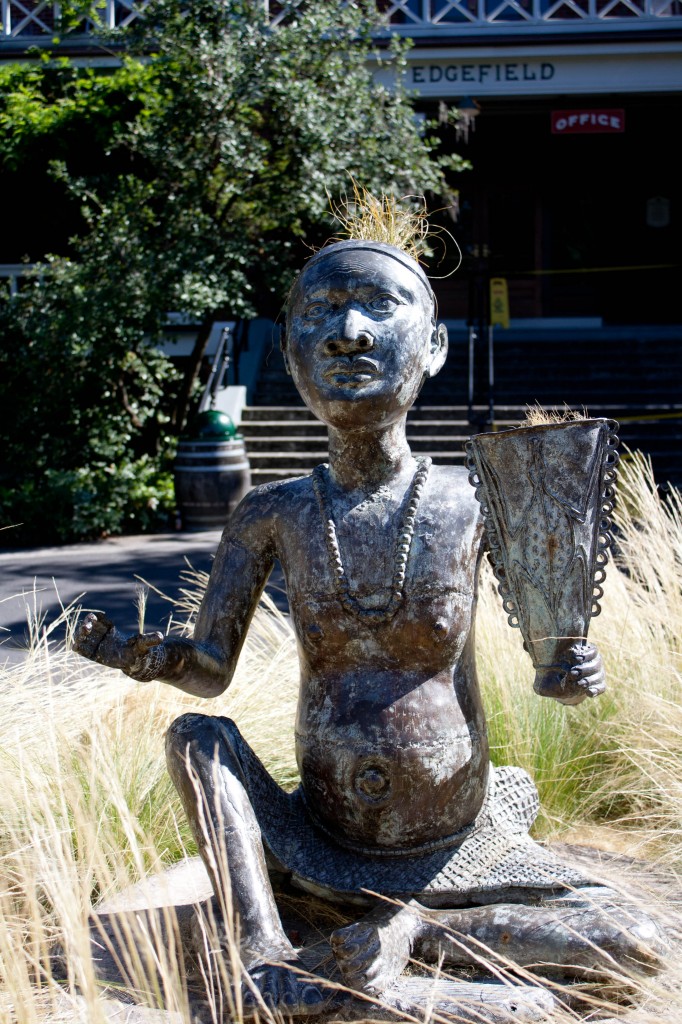 I always forget how cool Edgefield is. I need to go out there more often. There was the concert and a wedding going on at the same time when we were there. As you can imagine it was a madhouse! So my cousins went into the concert and Michael and I decided not to stick around and have drink because it was so busy. Instead we went home and finally watched “Taken.” I enjoyed the movie! Liam Neeson was awesome!

Sunday I went swimming and then spent a few hours in the yard pulling weeds, cutting down blackberry bushes and listening to podcasts (Stuff You Should Know and Stuff You Missed in History Class). I also got sidetracked and ended up picking a ton of blackberries. 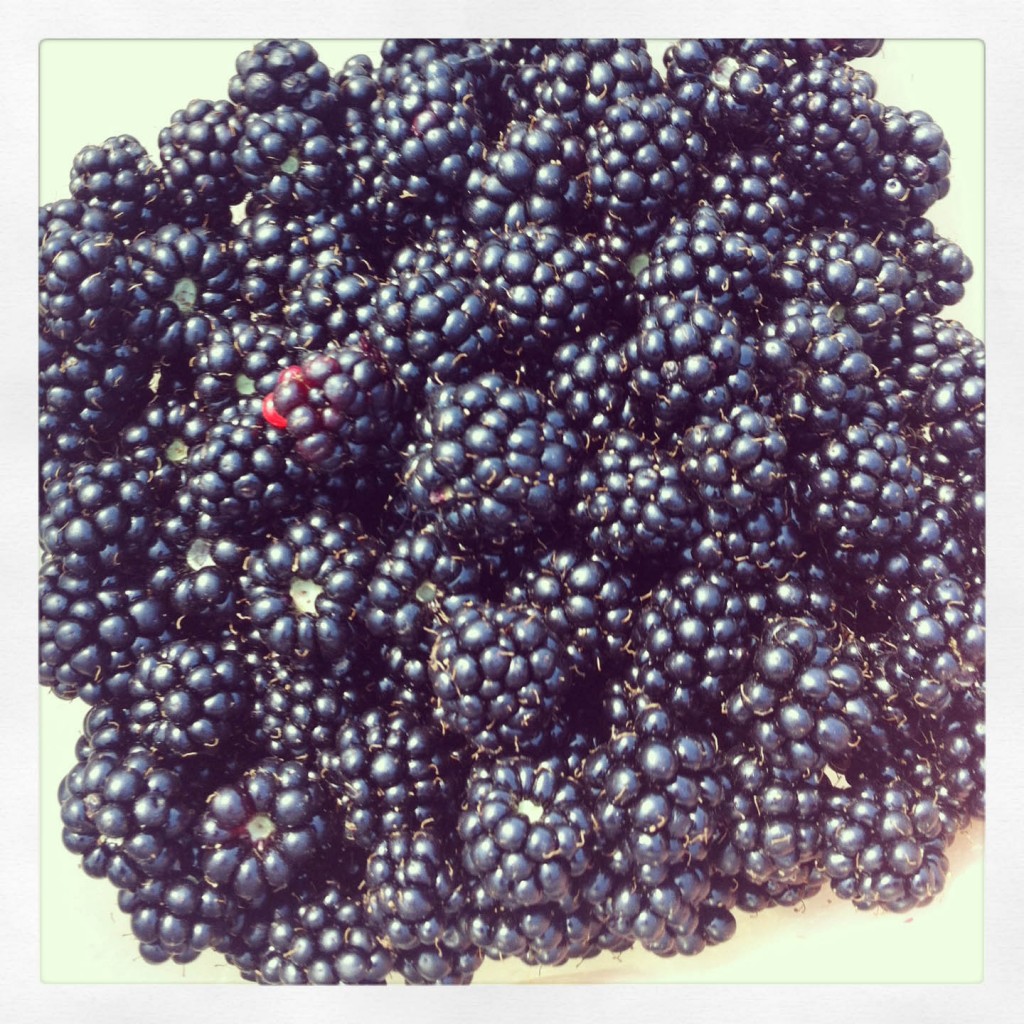 This is the second gallon tupperware I’ve filled with blackberries from my garden. They are so big, plump and juicy and some are the size of my thumb! I’m kinda glad that Michael didn’t spray the blackberries this year, even though they are taking over the  yard. Anyhoo, I got a lot done in the yard and filled the huge yard debris bin with weeds and blackberry bushes. It was hard work but I’m glad I got so much done.

Dinner on Sunday night was burgers and squash from the garden! 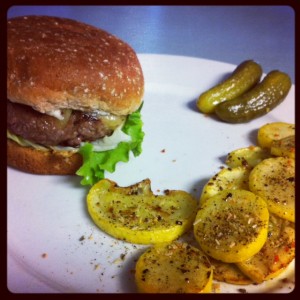 I put some fancy cheese I got at New Seasons on the burger, it was an aged cheddar with mustard seeds in it. It was delicious but strong and a little bit went a long way. The squash is doing great this year. 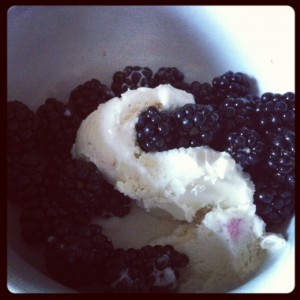 Dessert was vanilla bean ice cream topped with some of the blackberries I picked that day. The combination of vanilla and blackberry was outstanding. I am loving the blackberries I’ve picked this summer. As for the rest of our garden, still no tomatoes ready to pick.

How was your weekend?