You guys, I think I’m finally enjoying yoga. I really like going on Friday nights after work. It’s a good transition from the stressful work week to the weekend. I went again this past Friday and left the class feeling relaxed, stretched out, mellow and happy. I usually set my mat up next to the window so that I can see the sky and trees while I do yoga. 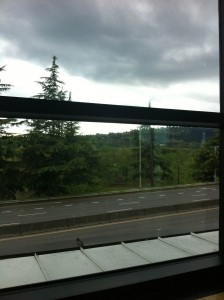 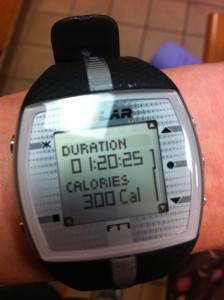 After yoga I went home for a comfort food dinner of soup and a sandwich then Michael and I got massages. It had been months since the last one (I think January) and it was time. I think my body needed it. My therapist went pretty deep on my trouble spots. I was very very sore the next day in my shoulders. But for once, it wasn’t my hamstrings that were screaming–guess not biking, running or doing the elliptical for awhile has given them a break.

Saturday morning I worked out–the last day of Week 5 of Suzanne’s plan. Starting the final week now! I felt strong and GOOD. Glad I stuck with it. I’m excited to measure and weigh in this week. 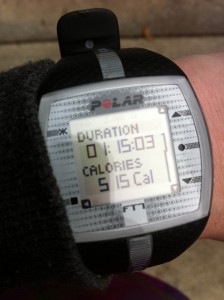 Saturday afternoon we had our friends Mike and Susanna over for dinner. They are the friends we went to Hawaii with. They brought their 5 year old and the new baby! Well, the baby is about 3 months now. He’s a cutie. He’s starting to make some noises and interacting with people. He has an adorable little baby smile. Don’t you just love the way babies smell and sound? The little squeaks and chirps. Adorable!

Michael made fajitas and used a spectacular recipe (Alton Brown’s). I didn’t take any pictures of the final product because I was too busy putting everything together and it’s surprisingly hard to get much done with a 5 year old in the middle of everything. 😉

This recipe is by far the best we’ve had so far. The marinade was amazing! It was smokey and sweet and there was a hint of coffee. Maybe that was from the gluten free soy sauce we used? No clue! This will definitely be the recipe we use in the future! 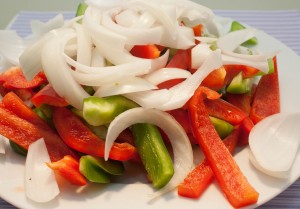 The recipe called for red pepper flakes but Michael left those out (because of the 5 year old–probably a good idea) and I bought flat iron steak. It was a great cut of meat and much more tender than flank steak.

On Sunday I had to take Maya and Fat Kitty to the vet for the day. It was time for their annual check up and they were getting their teeth cleaned. It’s included in the wellness plan I signed them both up for (so glad I did! It saves a lot of money on vet costs.). The cats were NOT HAPPY. Maya, as usual, was terrified but Michael and I managed to wrangle her up pretty easily.

Fat Kitty, on the other hand, was the angriest I’ve ever seen him. He was growling like a jaguar, hissing and spitting and biting. He was MAD. He doesn’t like going to the vet but I’ve never seen him this angry before. I dropped them off before going to the pool for a swim. Michael picked them up later that afternoon. Fat Kitty was like a demon-possessed creature. It was really scary and upsetting. 🙁 My poor babies!!! 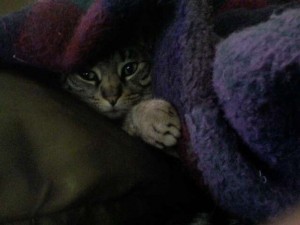 Sunday was also my book club meeting. My friends came over to discuss this month’s books, “American Elsewhere.” I don’t want to give too much away about the book but it was good. Several of us thought of Stephen King as we read it. There was a little Stepford Wives-vibe to it as well. My friend Star brought some fruit and I had a cheese tasting! 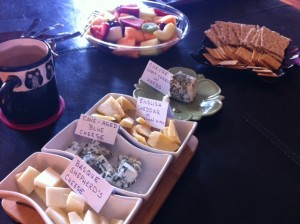 I bought a few different kinds of cheeses from Trader Joe’s. They have an excellent cheese selection and it’s often more affordable than Whole Foods. I served the cheese with some Wasa crackers (light rye crackers) and it went perfectly with the strong flavored cheeses I got. 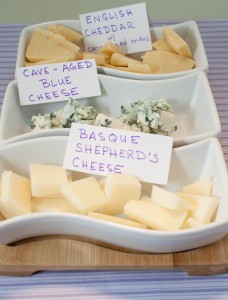 The Basque Shepherd’s cheese was different than I expected it to be. It wasn’t creamy like I imagined, it was a harder cheese and very strong in flavor. It’s pure sheep’s milk made in France. It had a nutty flavor to it. The cave-aged blue cheese was just as strong as you’d expect. I didn’t serve a lot of it because blue cheese can be so overpowering. 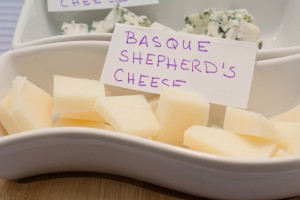 Oddly enough, the blue cheese was not the one that was the most powerful cheese. The most powerful was the English Cheddar with caramelized onions. I almost didn’t buy it. It seemed odd and I tend to get more “normal” cheese (i.e. nothing added to them, just pure cheese). I am so glad I bought it because it was AMAZING and a total hit of the party. It was pretty much gone by the end.

The cheddar with caramelized onions had a very strong sweet onion aroma and flavor. It was smokey and sweet at the same time. The cheese wasn’t creamy but you could smash it down on a cracker and make it creamy. The flavors were outstanding. Why haven’t I ever had this cheese before?!?! It might be my new favorite (sorry smoked Gouda). The cheddar was such the favorite that no one touched the chevre (goat cheese) that I thought would be the group favorite. I love goat cheese–the creamy milkiness is so decadent–but it didn’t stand up next to the sweet cheddar. Seriously, try this cheese!

QUESTION: Do you incorporate stretching exercises/yoga/pilates into your weekly routine?