Just shy of two months postpartum and I’m feeling pretty good. I was itching to get back to some kind of fitness, even if it was going to be low-key and not as intense as I used to do. Even if it was just walking, I wanted to do something and it felt good to workout again.

I’m getting back into the swing of things and slowly introducing stuff back into my routine.

One thing I’ve found is that I feel really good when I workout and right afterward but later in the day I feel really tired. Not exhausted, but definitely depleted. It’s like my body has a limited amount of energy these days and on days that I workout I definitely need a nap because I can’t power through it like I used to be able to. And rest days I don’t need that nap to avoid feeling overly tired. I never had this issue before–I could go, go, go and rarely sat still but now? That’s not the case at all.

I decided to ease back in to weight lifting at almost 6 weeks postpartum. It had been a little over a month since I lifted weights and it wasn’t as hard as I thought it was going to be but I took it easy nonetheless. (And I was surprisingly sore the next day.)

Then later that afternoon a friend and I went for a walk with Logan. It was such a nice day out! I took a little nap (and I mean little because Mr. Man decided he didn’t want to nap) and then my friend and I did a walk. It felt good to get outside.

Michael and I finally got a chance to go for that “hike” we attempted to do a few weeks ago. It was going to be a lovely, hot day in Portland but we were up pretty early and out the door before it was much hotter than 65. 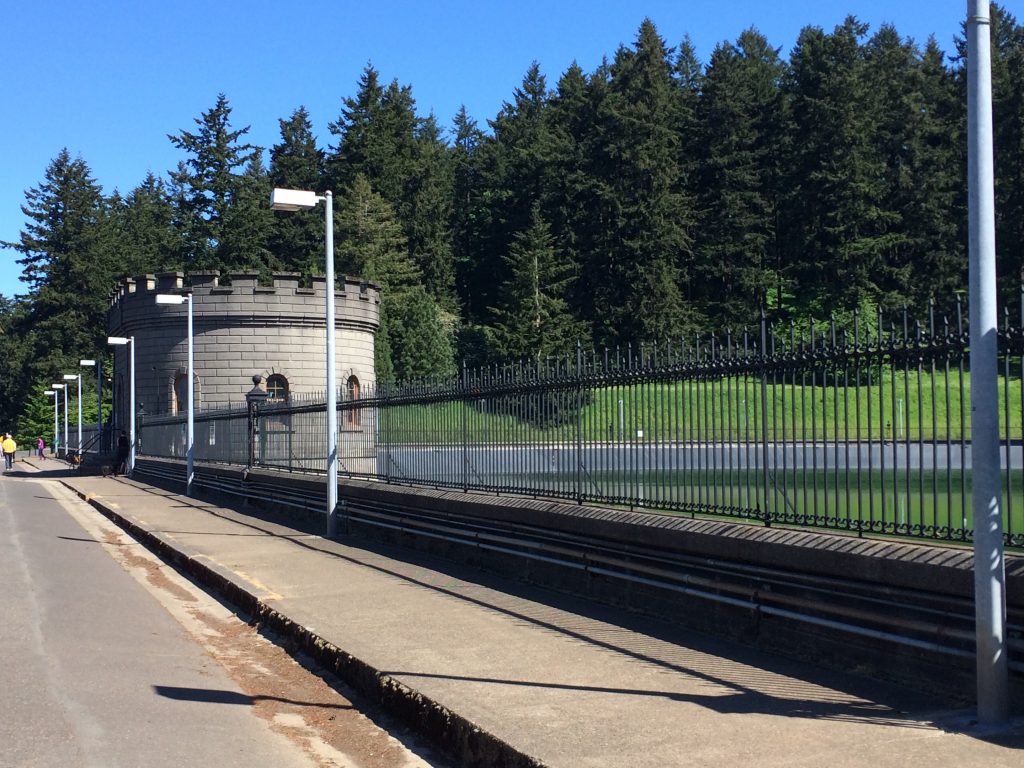 We went to Mount Tabor Park and parked in the residential neighborhood near the base of the park entrance. Then we loaded up the dog and baby and hiked up to the top of the park. It’s a great little urban hike with tons of trails (dirt) and then paved roads for bicyclists, skateboarders, runners, walkers, you name it. Everyone was out on such a nice day. 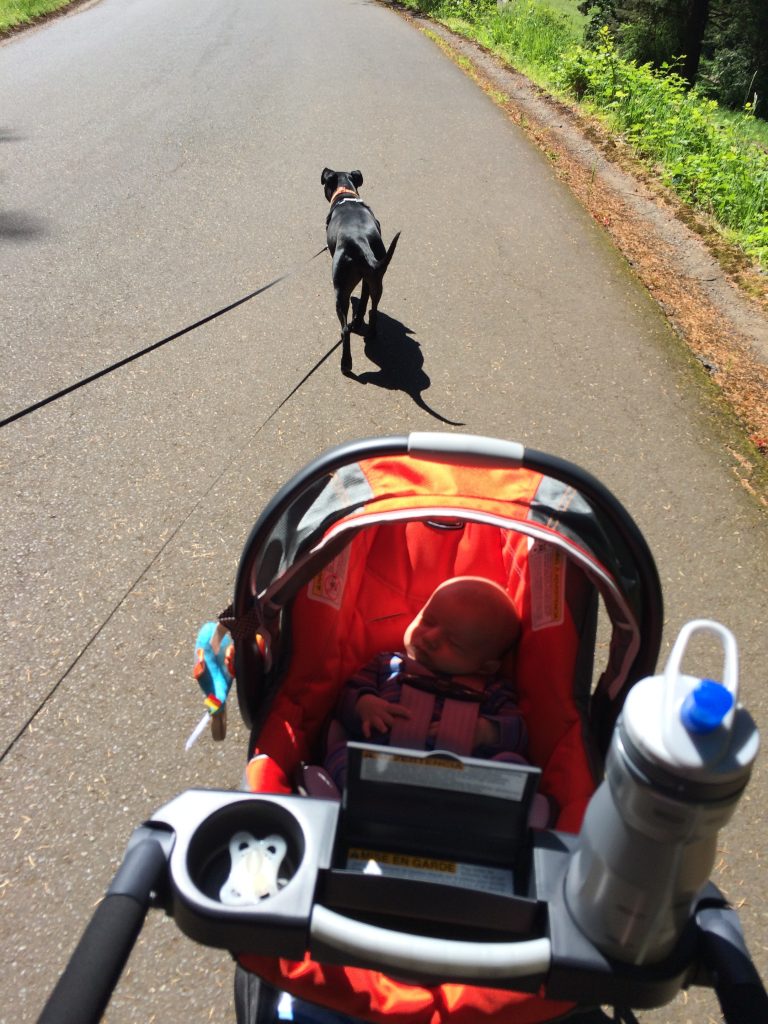 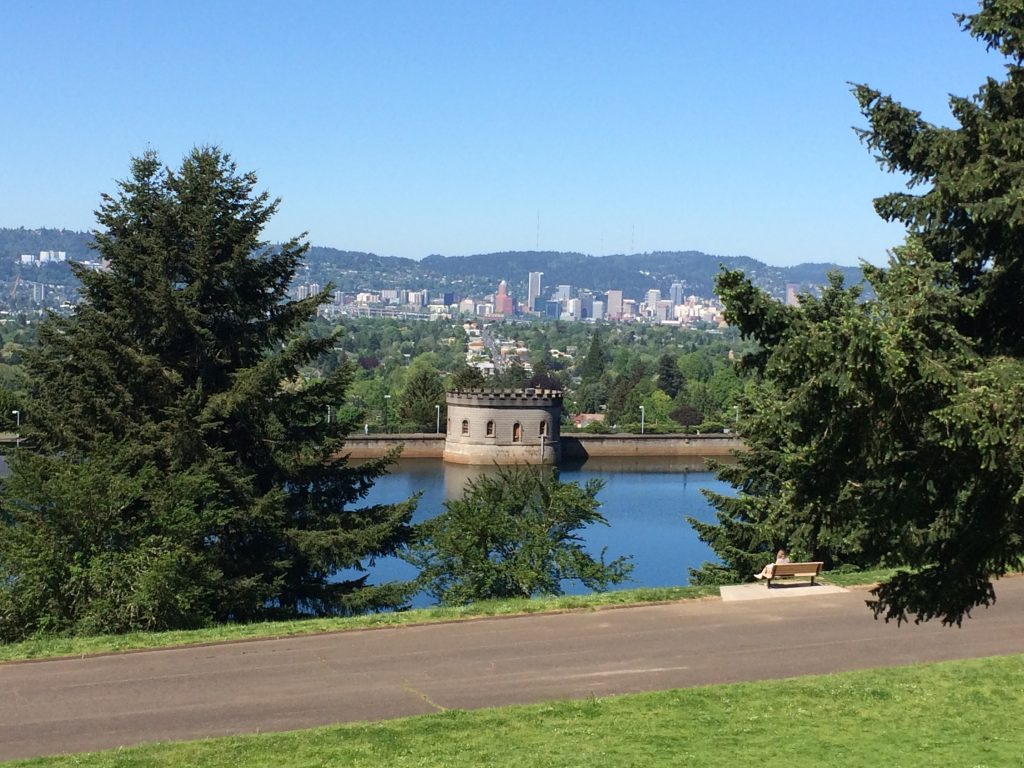 It was all uphill. We hiked to the top, did a circle around the top, went back down and then hiked back up part way before heading back down to the car. We both burned more calories than we anticipated.

It was a good little workout though. I think we will do this more in the future on nice days. We’re up early because Logan gets us up at the crack of dawn, so we are able to get to the park before it’s too crowded or too hot. It’s not far from the house, either, so the drive time doesn’t make it too difficult to do right now.

Monday I woke up and just needed to get out of the house so I decided Logan and I would go for a walk first thing before it got too hot. We stopped for iced coffee on our route first. 🙂 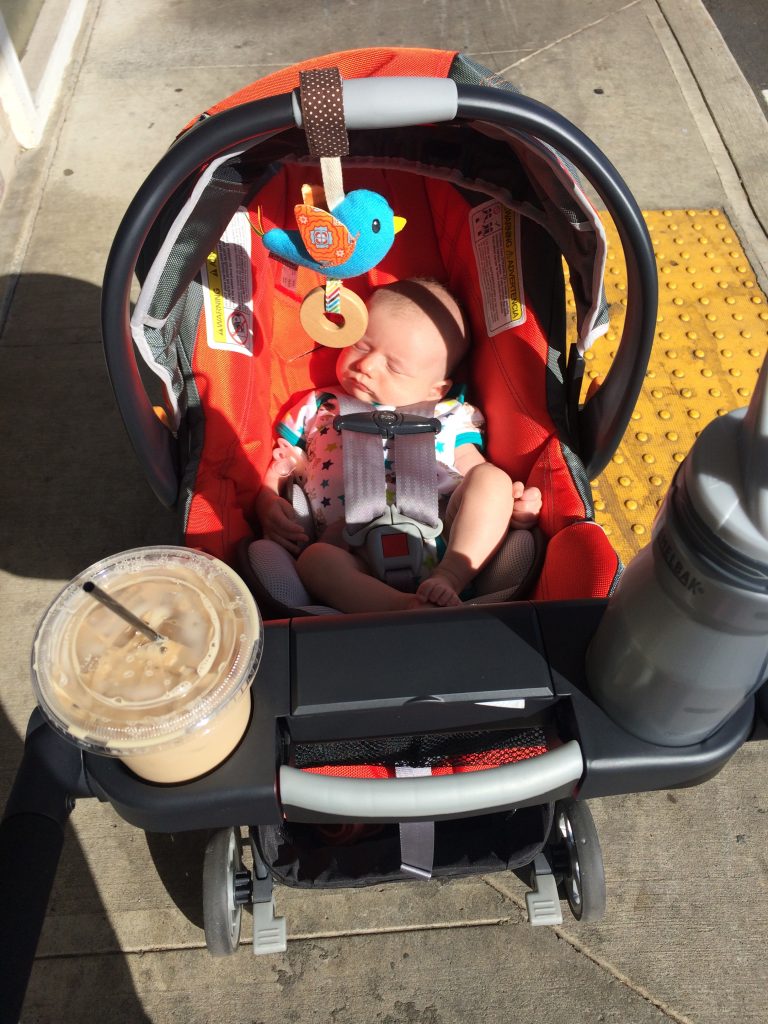 It was a good walk and I got to clear my head and move my body and get out of the house.

Took Bella and Logan for a short walk before lunch today. Looking at the forecast I figured it might be the last opportunity for a walk for a few days. 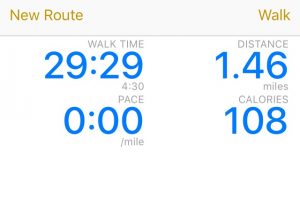 When Michael got home from work I went to the gym for yoga class. Unfortunately, when I got there class was cancelled. 🙁 I ended up on the elliptical and did 3 miles in about 35 minutes and then went home. And my heart rate monitor died on me, so no idea on the calories. Bummer of an evening!

Rest Days! And it was kind of rainy and blah so no walking.  But honestly I needed the rest days, so that’s ok.

I’ve been itching to try running again (especially considering I have two 5k’s in a few months) but wanted to wait until I was ready physically. I think it’s going to be a slow process to get it all back.

I did a slow walk/jog on the treadmill. I did intervals of about 90 seconds jogging, then 60-90 seconds walking, and so on. It was okay but my knees felt a little creaky. I cut it short and then did the elliptical for the rest of the workout.

I wanted to do something a little different this day. Instead of the treadmill I did the stair master. I used to LOVE the stair master. It is a major calorie burn. Even short sessions would make me drenched in sweat. But with my knees I kind of stopped using it. I’ve been slowly getting back to it.

This week I hope to go to yoga class, swim, and try running again.

What are you fitness goals for this week?