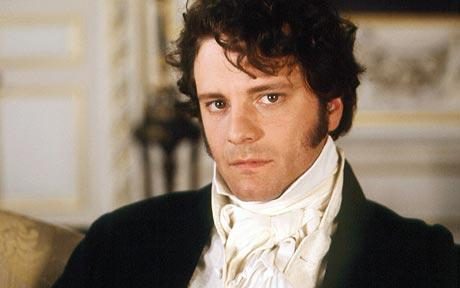 Sunday started out with an earlier than normal swim. I woke up earlier than I like to on Sundays but crazy dreams (and nightmares) plagued me. So I said “screw it, I’ll just get up.” A quick breakfast of oatmeal and I was off to the pool. I had a good swim–despite being pretty sore from Saturday’s weight lifting session. The long time in between sessions (Monday and then Saturday) proved to make my muscles extra sore. My lower back also felt stiff and achy too. Despite that I felt great in the water and stretched out my body with the swim.

And guess what? I also tested the steam room again. Once again my calories per minute burned were higher than when I swim. This has to be a fluke, right? Check it out:

Those 43 seconds were how long it took me to walk back to the locker room. So that means I burned 45 calories in 4 minutes? Of just sitting? This is so weird to me. Does the heart rate increase because of the temperature?

After I got home from the pool I got dinner ready and into the crock-pot. Michael and I decided to go out to lunch. Pizzicato in Sellwood is a great lunch place. The pizza is good, but so are the other things on the menu. Neither of us wanted pizza so we split the Mozzarella, Basil and Tomato sandwich. I had a house salad with their balsamic dressing and Michael got a Caesar salad. Splitting the sandwich was the right move and I felt content.

Delish. Not quite as good as the Caprese Panini I had a few days ago but it satisfied the craving I was having for mozzarella and basil. The rest of the afternoon was spent watching The King’s Speech, The Fighter and The Oscars!

I LOVE Oscar night. Love love love it. I love the Red Carpet, I love the dresses, I love the pompous speeches. As a kid I used to watch it every year with my mom and my brother. In the past, once I moved out, my mom and I would often talk on the phone while the Oscars were on: critiquing each dress. Fun times. This year I made Michael watch it with me. 🙂

I’ve had a crush on Colin Firth since I was about 15 or so. I discovered him in “Another Country” and I immediately became obsessed like most 15 year olds and watched everything he’d ever done. The crush became life-long once I saw Pride and Prejudice. Oh Mr. Darcy….

I’m a sucker for romantic comedies and I must say one of my favorite scenes in a movie is the end of Bridget Jones. 🙂

Dinner was Slow-Cooker Creamy Chicken With Biscuits. It had all the fixings for a yummy, healthy dinner: carrots, celery, peas and chicken. And Michael got to use his Kitchenaid Mixer a second time during the weekend to make the biscuits.

I must say that this recipe was equal parts WIN and FAIL.

The chicken dinner was delicious. The gravy was tasty (of course it was, it had wine and heavy cream in it) but it could have been a little thicker in my opinion.

The chicken was perfectly done by the time dinner was ready. The meat was falling off the bone and everything just tasted really good. Plus, it was a simple recipe: chop all the veggies, add chicken, done.

Now for the FAIL. The biscuits were ATROCIOUS. I’m not sure which recipe Michael used (it wasn’t the one the recipe said to use). They were completely inedible and the rest of the evening we were trying to get the awful taste out of our mouths.

Why? Shortening. The recipe had like 4 ingredients in it but one was shortening. I never cook or bake with shortening. I cannot remember the last time I even used it. All I can say is that it was VILE.

I threw away the biscuits after two bites (yes it took me two to figure out what the nasty taste was).The other fail was that I totally spaced reading the recipe and did not remove the skin from the chicken. OOOPS.

The rest of the chicken dinner was lovely though.

I would definitely make this recipe again because it was so easy (and good)–but with a different biscuit recipe for sure.

QUESTION: What did you think of the Oscars if you watched it? And do you EVER cook with shortening?