Attempting 40 Miles On the Bike 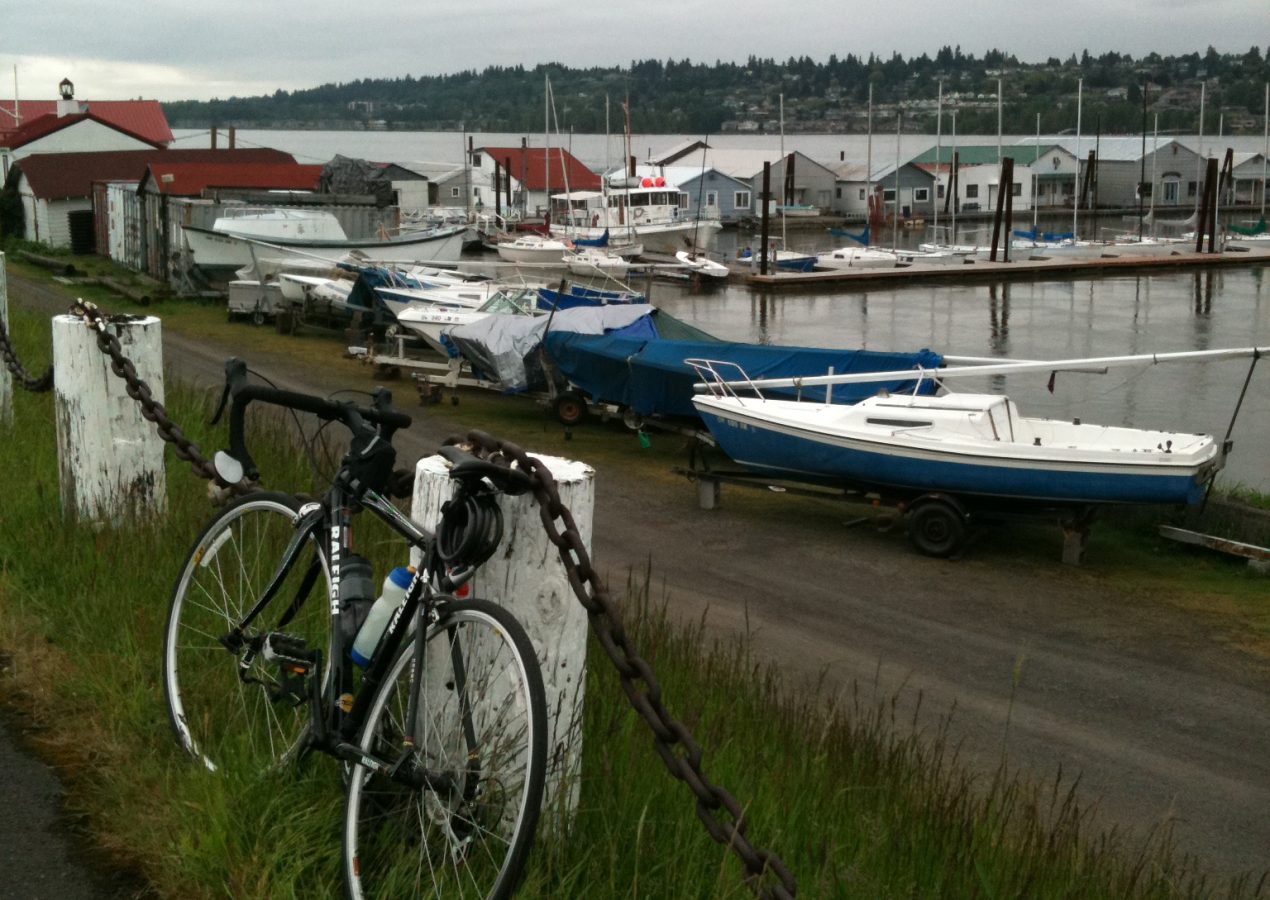 So yeah……Memorial Day Weekend came and Michael and I realized that the Gorge Ride was only a few short weeks away. I also realized that I’m only averaging about 12 miles a week on the bike currently. Weather hadn’t cooperated much in May so that I could try riding twice a week to work–which I’d hoped to do. That would have at least gotten me to 20+ miles a week and in much better cycling shape to attempt a 40 mile ride.

I decided to skip my swim on Sunday and go for a long bike ride with Michael instead. I was nervous about a lot of things: could I even DO a long bike ride?? Would my knee bother me like it did during Saturday’s run? Would my back hold up after lifting weights and working in the garden the day before we rode? Who knows. Since I don’t have a crystal ball, I had to just give it a try.

Sunday was a dreary, but thankfully dry day. This post should probably be called “I Can’t Believe it’s February in May” because dang was it a cool day! Where is Spring?? We rode from our house up the I-205 Bike Path. It’s a series of rolling hills and you really don’t notice how hilly it really is until you’re mid-hill and you feel like dying. The photo below was after riding for almost an hour and we took a break at our usually spot.

I ate one of my Gu’s for energy because right before the below photo was a huge hill. My legs were burning!

After resting a bit we headed back North on the trail. The trail was relatively empty most of the day. It also felt like we were riding through a rain cloud. It wasn’t raining–YET–but it felt as if it was going to dump buckets of rain on us at any moment. The sky was gloomy and gray.

We arrived at the  Marine Drive trail after many, many hills where I thought I was going to die…Marine Drive is fairly flat and it’s easy to bike quickly. Michael took off ahead of me because his bike is about 10 pounds lighter than mine 😉 and I peddled along.

We rode by the airport and then stopped for a snack by the Marina.

Since Michael was trying to stay on the Four Hour Body Diet as closely as possible, he snacked on raw almonds. I on the other hand, had another GU and was grateful for it! I needed the energy. I wasn’t quite feeling like I was ready to bonk yet but since we’d skipped lunch to ride, my stomach was growling a bit. The spinach, bacon and cream cheese omelet Michael and I had split before riding wasn’t quite enough.

We’d ridden about two hours at this point I think. Michael complained about his feet being too cold and he wanted to turn around. I was okay with that. I’d worn double socks so my feet were fine but I was getting huuuungry and knew a protein bar was NOT going to satisfy that. Turning around at that point was the right decision too.

We turned around and rode back East on Marine Drive–it was still empty–and then connected back with the I-205 Path.

So far that day I was feeling really good. My body was holding up, I had no knee pain, I didn’t have a sore back from riding. In fact, the butt butter I put on pre-ride seemed to be doing something for the saddle soreness too.

There were tons of hills on the way home though–and these were KILLER hills too. I can happily say that I never once had to stand on the bike in order to make it up the hill however, my legs were dying by the time I made up those hills. I am definitely not in cycling shape for hills. Which makes sense because my commute is pretty flat.

We made it back to the highway by our house and luckily the traffic was pretty light so it was an easy, safe ride back to the house.

We were both FAMISHED and nearing grumpy. Showered and dressed, we headed to Foster Burger for a late lunch/early dinner. I’d never been to the new super popular burger joint in Portland and I am so happy I finally got to eat there!

The restaurant was very cute–decorated with old concert ads. I took quite the walk down memory lane seeing the old bands I used to love. I got The Foster Burger: all natural, hormone-free ground beef char-grilled on a homemade brioche bun. It came with lettuce, pickles, sauteed onions, Foster Sauce, ketchup and Pepper Jack cheese. OH MY GOD! I don’t know if it’s because I burned almost 1300 calories and was hungry enough to eat my own arm, but that burger was to die for. I ordered the cole slaw as the side. I apologize for the crappy photo that does NOT do this burger justice:

I feel super happy that I was able to do over 30 miles on the bike with little to no soreness and was rewarded with an amazing meal. It was a great way to spend the long weekend!

QUESTION: Did you do any kick-ass fitness during the long weekend outside of the gym? And what do you prefer on your burgers?