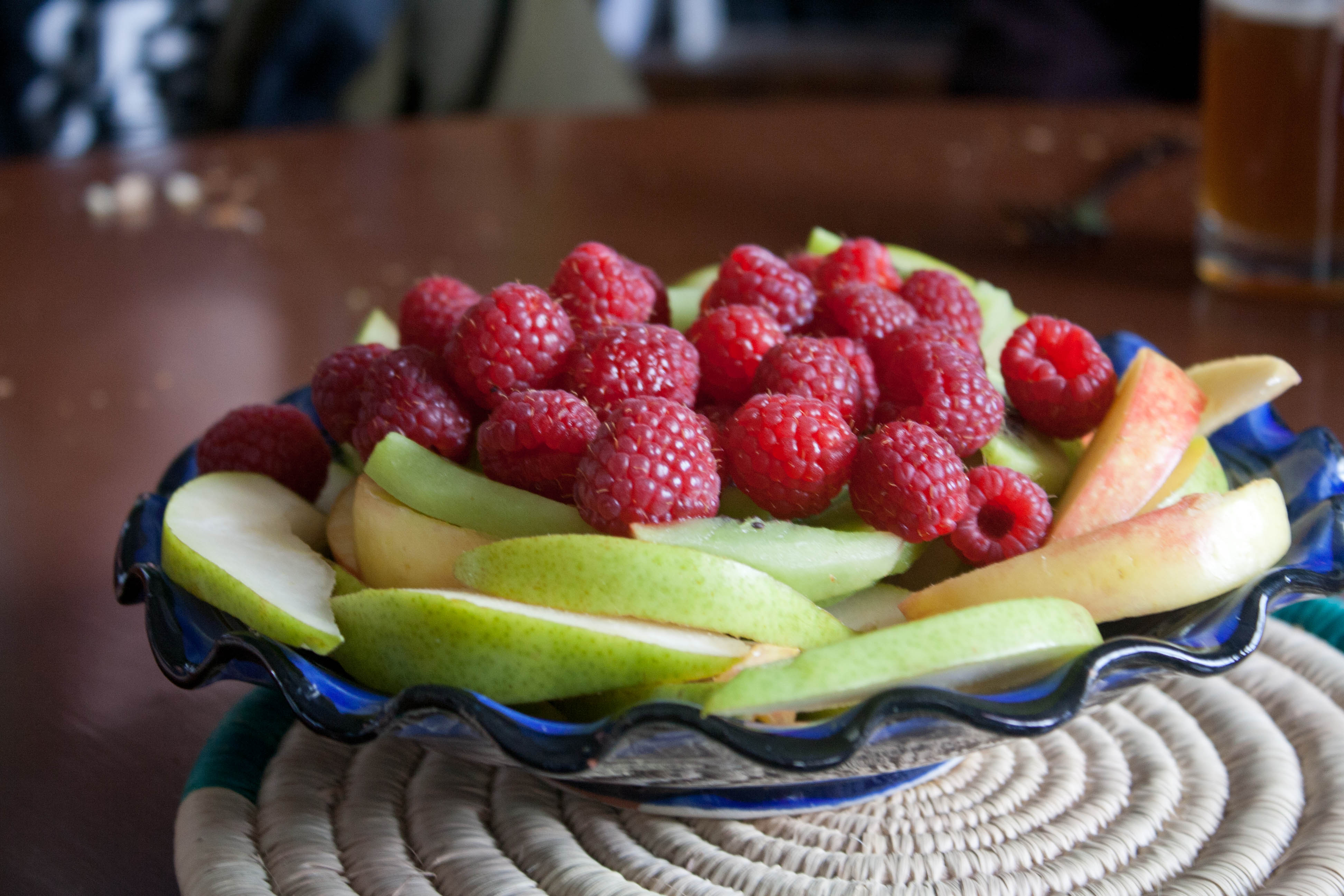 I had a Friday night all to myself this weekend. The ideas were boundless. I could meet up with some cousins visiting from out of town and party up. I could go see a chick flick in a theatre all by myself without any male eye-rolling. I could go swimming and then go home to an empty house, wear my jammies with my sore hamstrings slathered in Biofreeze and watch The Good Wife on Netflix eating leftover pizza…(what a picture I paint!) or I could call another good friend and see if she wanted impromptu sushi. I did do a combination of those things. After my amazing swim that thankfully loosened up my hamstrings that had my limping all week long, I met up with my good friend Star at Mio Sushi. 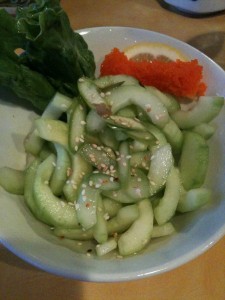 I’m usually not spontaneous but I was so glad I called Star. It was great spending time with her after far too long. We both ordered a cucumber salad, which I love. It’s so simple and the sesame seeds were nutty and flavorful. Star ordered a bunch of vegetarian rolls for her and I ordered a Philly Roll (my favorite) and the Spicy Tuna Roll. 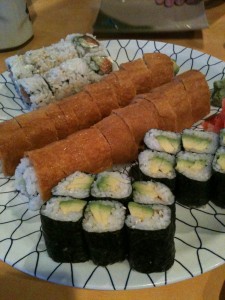 We hunkered down and spent two hours catching up together and eating middle-of-the-road sushi. Truth be told, Mio isn’t anything special but it’s a step up from a sushi train in a mall. I won’t lie: I did head home after dinner, immediately don my flannel pajamas, watch The Good Wife and crawled into bed with these two fur-balls: 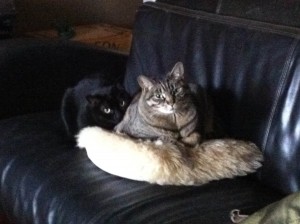 Saturday afternoon Michael and I went over to my cousin Anna’s house for a late lunch. We had some family visiting in town to go see Wicked and they came over as well. It was so great to see them! My cousin Kristin, her husband Matthew and son Xander were there and I hadn’t see them since the family Christmas party. Anna lived in Morocco for a few years and she’s been trying out her culinary treats on us for a few months now. This time: tagine.

Tagine, or tajine is a Berber or Moroccan dish that is slow-cooked in a ceramic dish that looks like a clay pot. When Michael and I got there she was just finishing up the last parts of it and the kitchen smelled like a Moroccan spice market. She told me the spices she used but right now all I remember is the cinnamon and cumin. 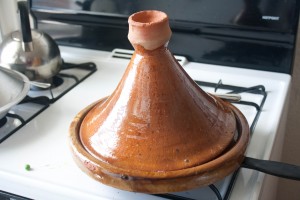 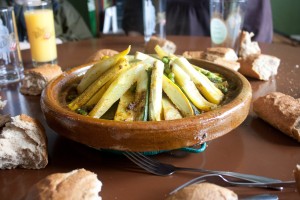 There were seven of us crowded around the table, sitting on pillows on the floor, and we ate with our hands using the crunchy french bread as silverware. There were forks if necessary but the bread worked really well. The dish was so flavorful. It was rich and hearty and felt like a traditional Moroccan meal that a mother would cook for the whole family. It was really filling too–all that bread and potatoes I’m guessing. Matthew had picked up a growler of Hair of the Dog beer while they were all out sightseeing in Portland and we just sat around the table and shared an intimate meal eaten with our hands. It was fun! 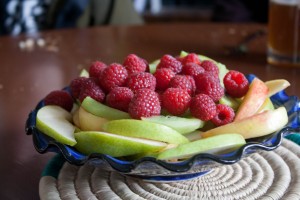 For dessert after the tagine, we had fruit. Anna sliced up apples, pears, kiwis and topped it with raspberries. The fruit was fresh and wonderful. It was such a nice way to spend the afternoon. My cousins headed back to Seattle and Michael and I left for our other plan for the day: The Hunger Games! The movie was so great! I really liked it and thought it was well-done. I’m glad that it was just as good as the book. There was more to my weekend that I’ll share in another post including a recipe.

QUESTION: Have you ever had tagine?