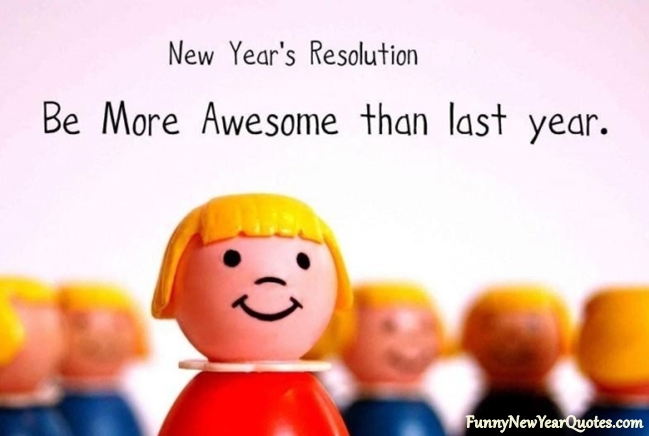 I saw a statistic recently that 36% of the people that make new year’s resolutions give up after one month. There is a 127% increase in MyFitnessPal app registrations in January compared to other months. There is an increase of +256 new class participants in Portland Crossfit in January but by February, -190 less people participate in those classes.

There is something magical about the start of a new year. A clean slate. It’s really only one day different from the previous day, but somehow in our minds we have a collective sigh in society — “a new year!” It’s got to be better than last year, right? But why? Why do we place so much emphasis on the changing year when things really don’t change all that different, than one number at the end of the year. Still at that same job. Still doing the same routine. Still dealing with the same struggles. But somehow we get enlightened and motivated.

I am definitely one of those collective sigh people — happy for a new year to start. Even though my life doesn’t change all that much. Ever since I decided to get healthy I’ve lived the “new year’s resolution” every single day trying to lose 100 pounds and then trying to keep it off. My new healthy lifestyle was no longer a resolution, it was who I am. So when the start of the year came around and everyone around me was signing up for the gym and going on a diet, posting on Facebook about their goals and progress and then eventually…February the quitting of said changes starts. Except for me, I was still plugging along doing the same damn thing every day that I’ve done for nearly 10 years now.

Why do people quit? I’ve wondered this for years and the conclusion I’ve come to is that it’s hard. It’s hard work. We want the easy fix (all of us, me included) and when the work is hard and we TRY but don’t see immediate results it’s easy to give up. Why bother? We tried, right? And it didn’t work. The other reason I think people quit is that they make lofty goals that are too damn big to achieve.

I saw another article: Just 8% of People Achieve Their New Year’s Resolutions. Here’s How They Do It. The conclusion: Keep it simple (maybe make 1 or 2 goals instead of 10). Make it tangible (becoming a millionaire movie star might be unrealistic). Make it obvious (convoluted goals that aren’t clear aren’t going to be easy to achieve). Keeping believing you can do it (DON’T GIVE UP). 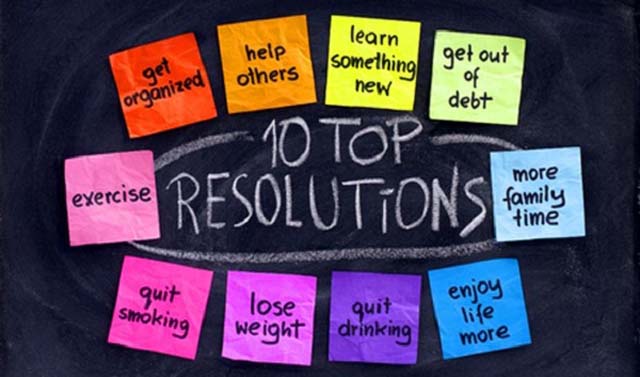 Another article I read said this:

“No-Choice” Category: Most people have some positive behaviors that they might not consistently want to do but they decide to always do anyway. Dr. Beck calls this the “no-choice category,” and places putting on a seat belt or getting dressed for work in this column. “We do them without struggle because we don’t give ourselves a choice,” she says. “It’s the choice that makes sticking to a resolution so difficult.” She suggests putting positive behaviors on a mental “no-choice” list and reaffirm them daily. “If you never give yourself the option to eat dessert, you’ll never have the struggle,” she says. (source)

YES YES YES. When making goals, be CLEAR. BE CONCISE. Make it a “deal breaker.” For me, losing 100 pounds was a deal-breaker. There was no failing. Failure meant diabetes and insulin injections. Failure meant blood pressure medications to keep me from having a stroke by age 30. Failure was not an option. I DIDN’T GIVE MYSELF AN OUT. I was losing the weight. Period. And that seemed to work for me.

I don’t really make resolutions anymore because after changing my lifestyle and losing the weight I didn’t feel like I needed that title to motivate me. I had personal goals. I had monthly goals. I achieved some of them. I definitely achieved the big one: keep the weight off.

Now? 2014 brought a lot of life changes and stressors that I hadn’t expected but it also brought a lot of wonderful things! Marrying the love of my life was the big one. I definitely let things slide after that. I gained some weight on my honeymoon and then struggled throughout the holidays to get back on track. Truth. Trying to lose weight between Thanksgiving and Christmas is an exercise in futility. I just tried not to GAIN anything more!

Now I have that fresh start like everyone else. 2015 is going to be a great year. I feel focused on some of my goals.

Walk Bella more and work on her training

Spend quality time with friends, family and my husband