Friday Michael and I drove from Portland to Poulsbo, Washington for my annual family reunion. I look forward to this weekend because my family parties are so fun. It was hard leaving the kitties all weekend and Fat Kitty is very skilled at the guilt trip.

We stopped at Burgerville mid-drive for a quickie dinner. There are not a lot of options from here to Seattle for healthy food. 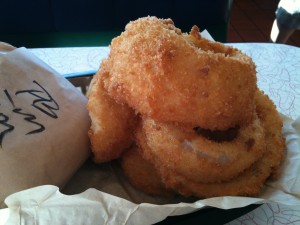 I ordered the original cheeseburger and had 2 onion rings from Michael’s basket. Something that annoys me about Burgerville: they print the calorie information on the receipts but I want to know before I order what the calories are. (My burger and two onion rings were about 700 calories total.) 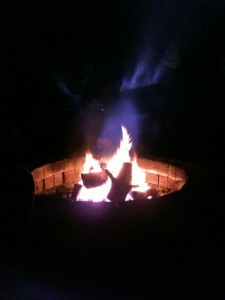 We arrived at my cousin’s house kind of late and set up our tent before settling in at the campfire. It was a nice way to decompress after traveling. Saturday morning we got up and had bowls of cereal (and coffee) before a bike ride. My uncle Dick was going to take us on another bike ride just like last year’s Tour de Poulsbo. 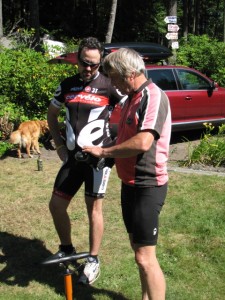 We suited up and were ready to hit the road. We followed Dick, who is an amazing cyclist (he’s biked the Seattle to Portland Ride many many times– twice he did it in one day!). 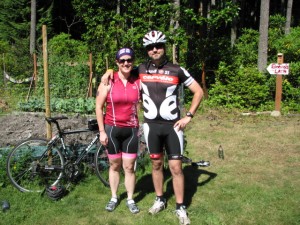 We biked down the road, passed a few farms, barns and lots of horses. 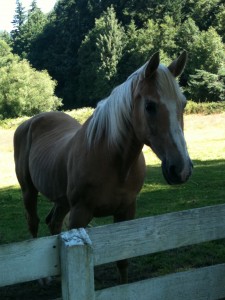 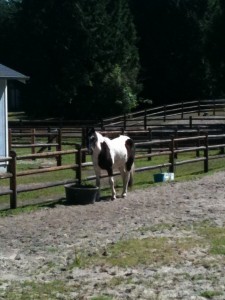 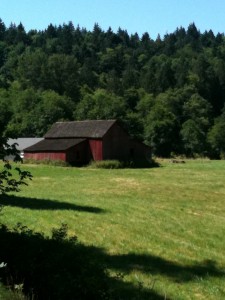 There signs about a cycling event but none of us knew which one until we passed by a Rest Stop for the event. 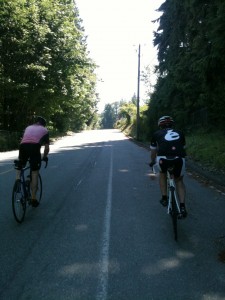 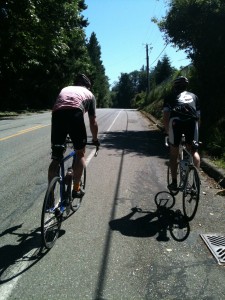 It was the Grand Fondo! We stopped at the Rest Stop to find out about the event and then continued on. 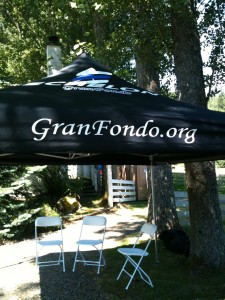 We biked passed some viewpoints of Puget Sound and up and down rolling hills. 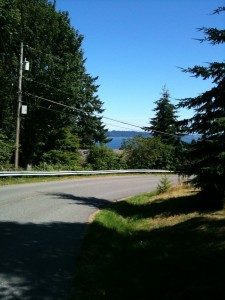 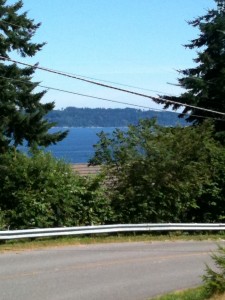 The nice thing about the route we did was that there wasn’t much traffic. It was a remote road through the countryside. We biked through Poulsbo and climbed one of the longest hills I’ve done. It wasn’t steep but it was a slow, constant incline that seemed to never end. 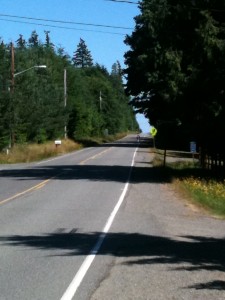 Almost back to the house we had one more mountain to tackle: 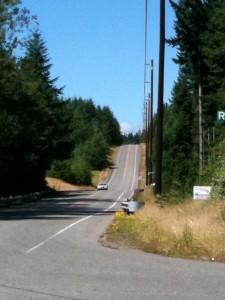 A huge hill. Steep. Intimidating. Michael and I tackled it with determination. As a side note, Michael has lost 17 pounds so far. He said that the hill was much easier for him this year than last year because of his weight loss. 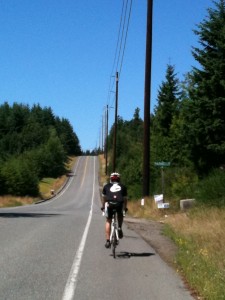 The hill was still a struggle for me. Half way up the climb I wondered if I’d have to stop and walk but I made it. I was slow, I was tired, but I made it and recovered quickly. 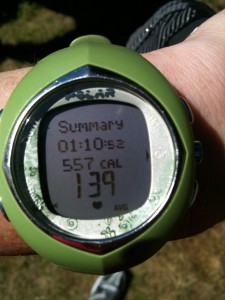 Saturday’s ride meant I rode 3 days in a row! Woot! Back at the reunion I cleaned up and then searched for food! They grilled up hot dogs, tofu dogs and elk sausage for lunch. 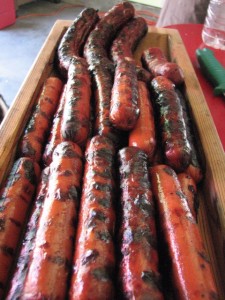 There were also some salads, veggies and cupcakes. 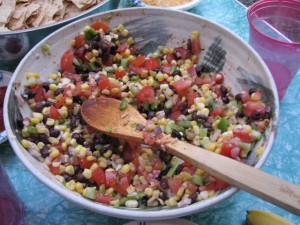 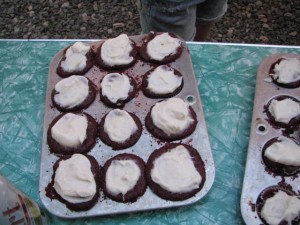 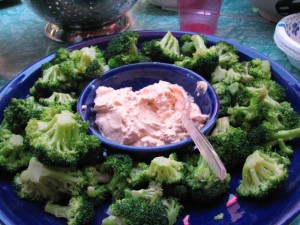 I grabbed a regular hot dog, happy to eat after the ride and small breakfast. We had to toast our dogs. It’s kind of a tradition. 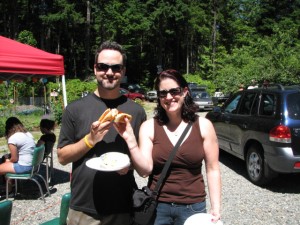 Michael might have eaten two hot dogs. I’m not telling though. 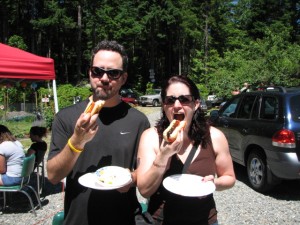 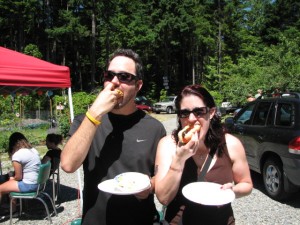 I also had some fresh crab that my Uncle Dick caught that morning from his back yard. It’s one of the highlights of the weekend, for sure. 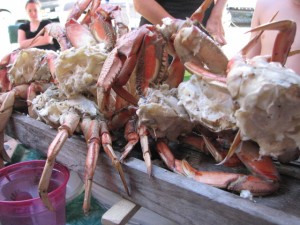 I munched on some fresh peas from my cousin Kristin’s garden too. There’s so much good food all weekend long. 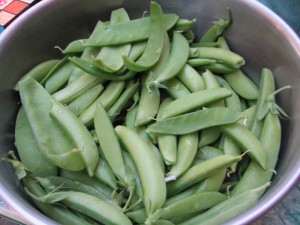 We had a few hours to relax and just hang out with the family before the Scavenger Hunt started!

QUESTION: What’s your method for tackling hills? Slow and steady or tackle it quick and fast?